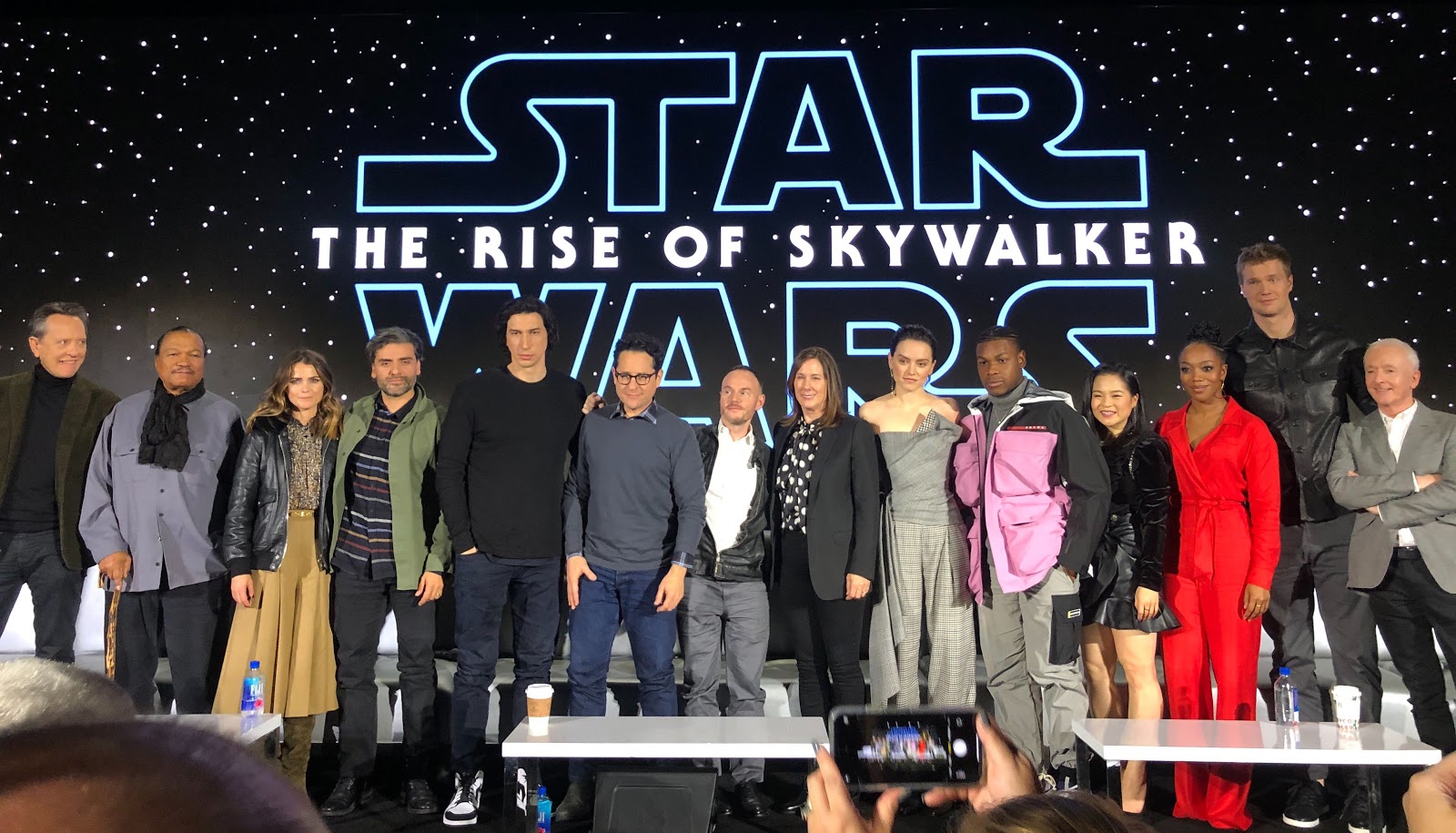 The wait is not long now. In just two weeks, the final installment of the 42-years-in-the-making “Skywalker Saga” will be released into theaters. Star Wars: The Rise of Skywalker (AKA Star Wars Episode IX) is the highly anticipated conclusion to the space saga’s sequel trilogy, produced under Lucasfilm’s current owner Disney.

Moderator Ava DuVernary (herself an accomplished filmmaker behind such movies as Selma and Disney’s A Wrinkle in Time) spent some time chatting with each member of the panel before turning the proceedings over to the audience of attending media. Interesting moments included Kathy Kennedy talking about starting out as a Monday Night Football cameraperson, Joonas Suotamo giving the crowd a lesson on how to pronounce his name, Richard E. Grant gushing about his experience seeing Star Wars: The Rise of Skywalker at the cast screening the evening prior, Billy Dee Williams reminiscing about first working with J.J. Abrams when he appeared on Lost, John Boyega talking about Finn’s “bromance” with Oscar Isaac’s character Poe Dameron, Adam Driver deferring a difficult question about Ben Solo to J.J. Abrams, Daisy Ridley talking about J.J.’s unique directing technique, and an eerie moment when the spirit of Carrie Fisher seemed to enter the room just as the beloved late actress was being discussed. 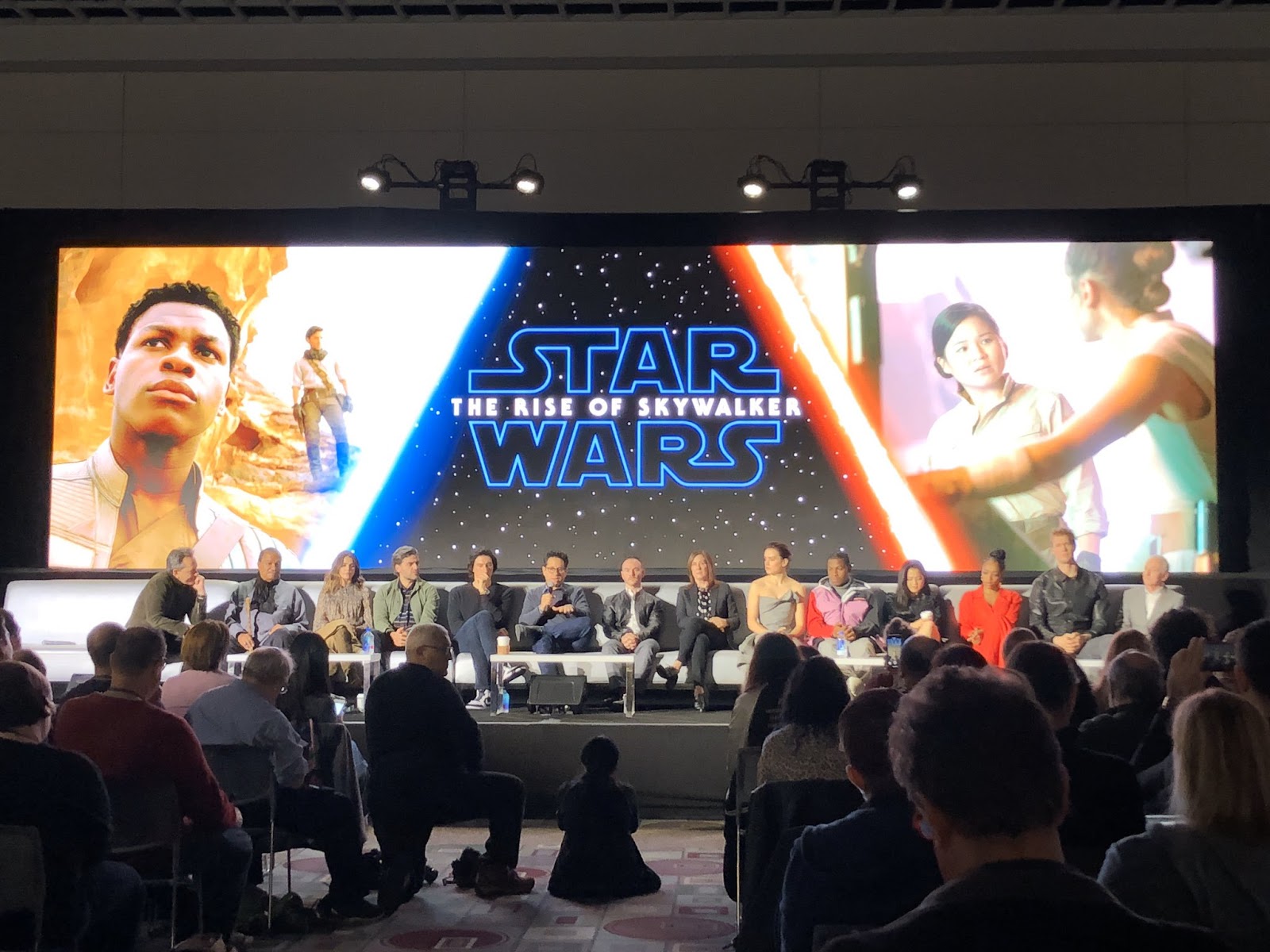 Outside the press conference, the junket spotlighted an eye-catching display of costumes from Star Wars: The Rise of Skywalker, including an up-close peek at Lando’s new cane (which includes his full name and title– Baron Landonis Calrissian– spelled out in Aurebesh on its handle). Next to the costume sat an enormous replica of Palpatine’s throne from the new film, which was ostensibly for photo ops but also made a fascinating conversation piece for those fortunate enough to see it in person. Hopefully this prop will find its way into the Disney theme parks or elsewhere in promotion of the movie as we approach its release.

Finally, the junket also highlighted the wide array of merchandise arriving in stores this fall (much of which already hit store shelves back in early October for Triple Force Friday)– including toys, apparel, remote-control droids, and– perhaps most excitingly– a prototype replica of Rey’s Dark Side lightsaber, which will not become available until sometime next year.

Star Wars: The Rise of Skywalker arrives in theaters on Friday, December 20. 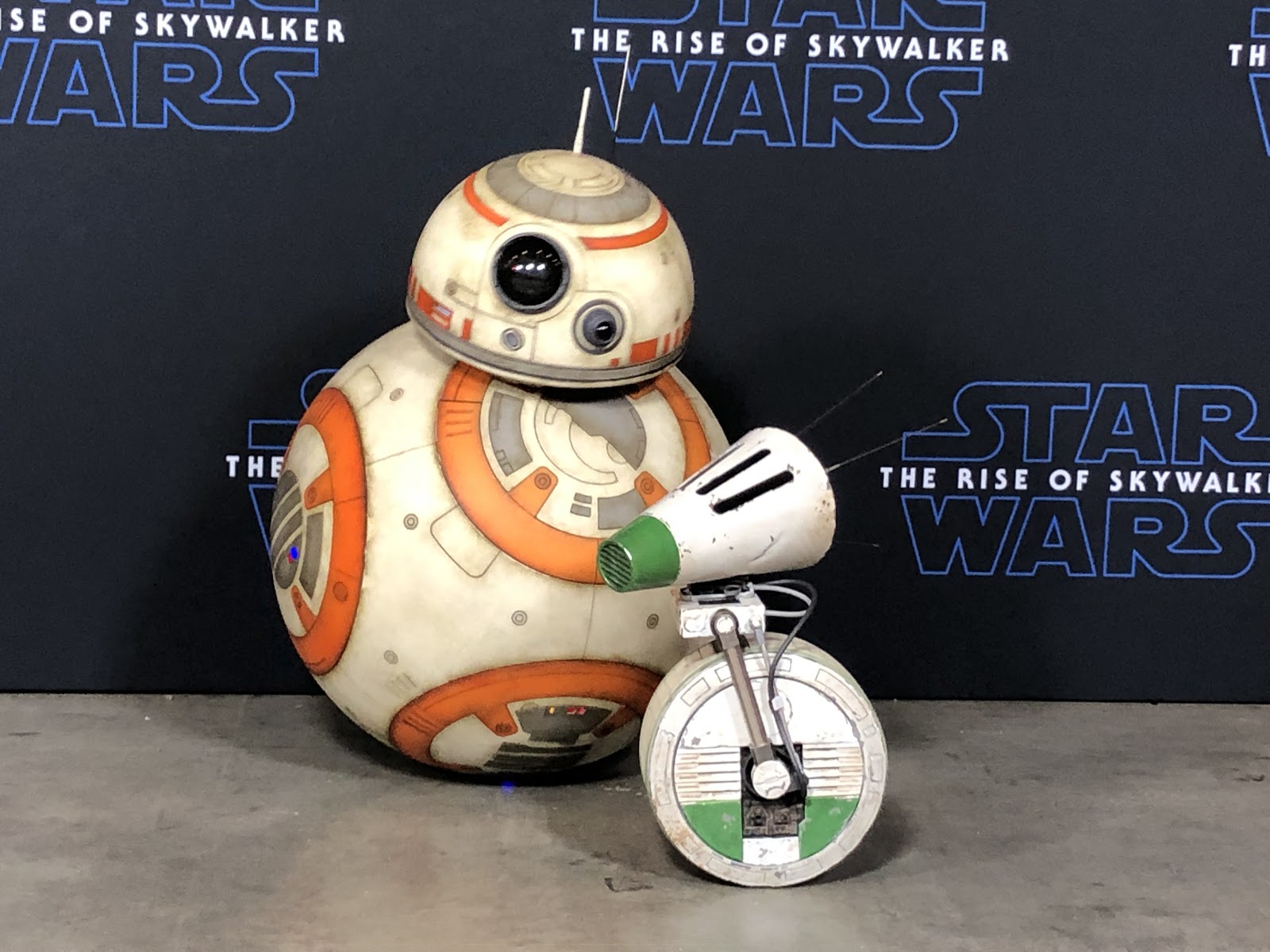 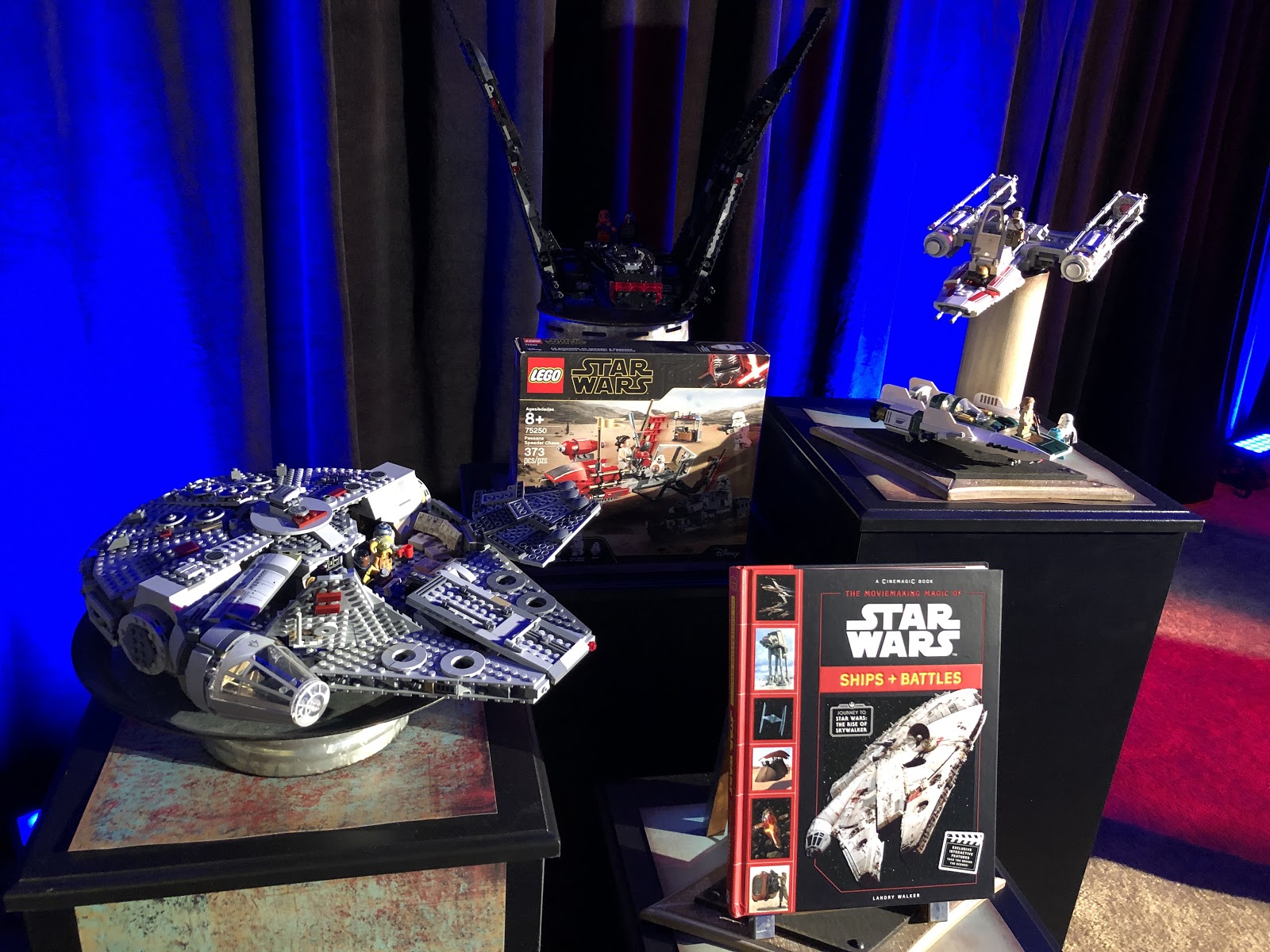 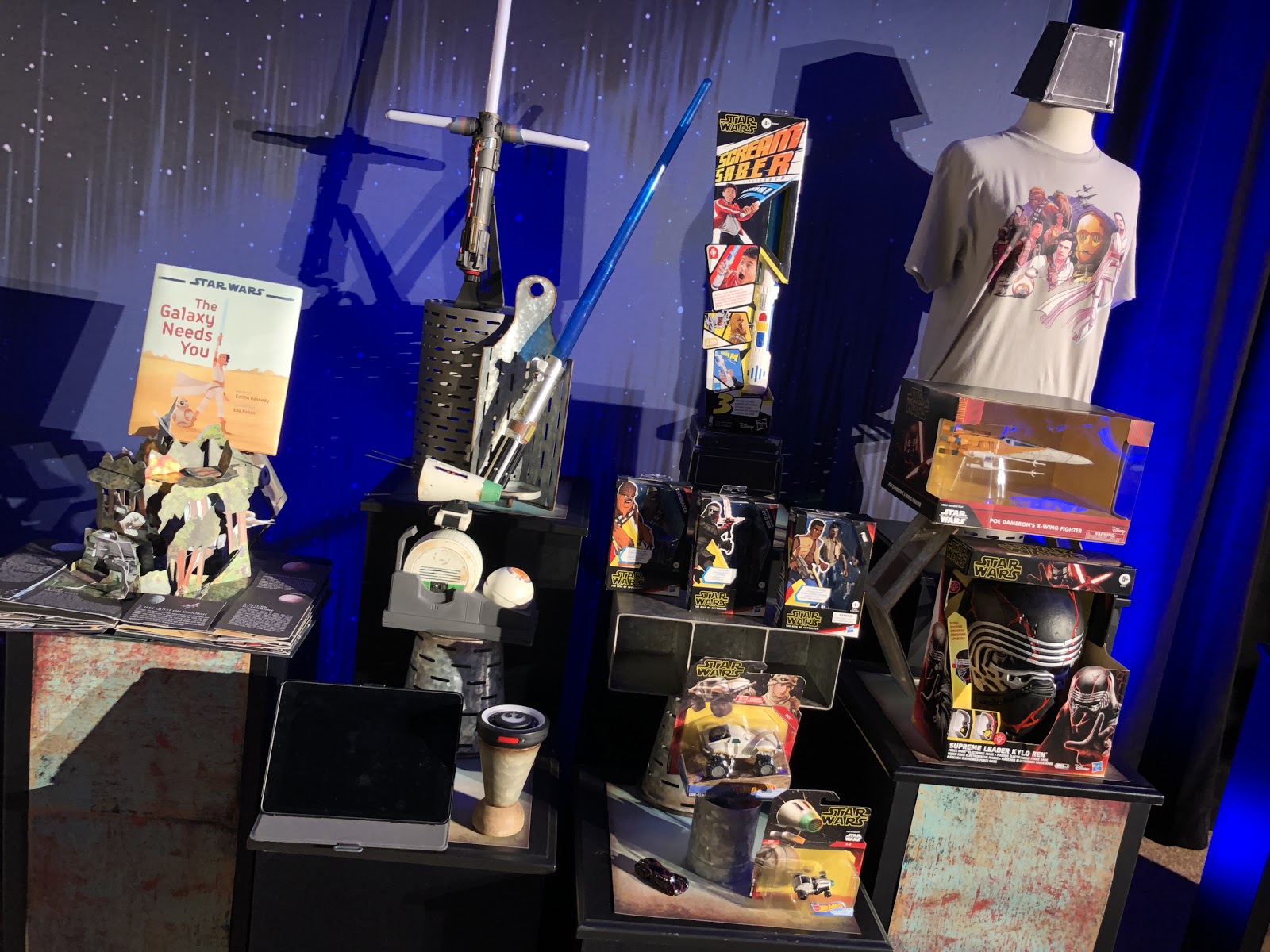 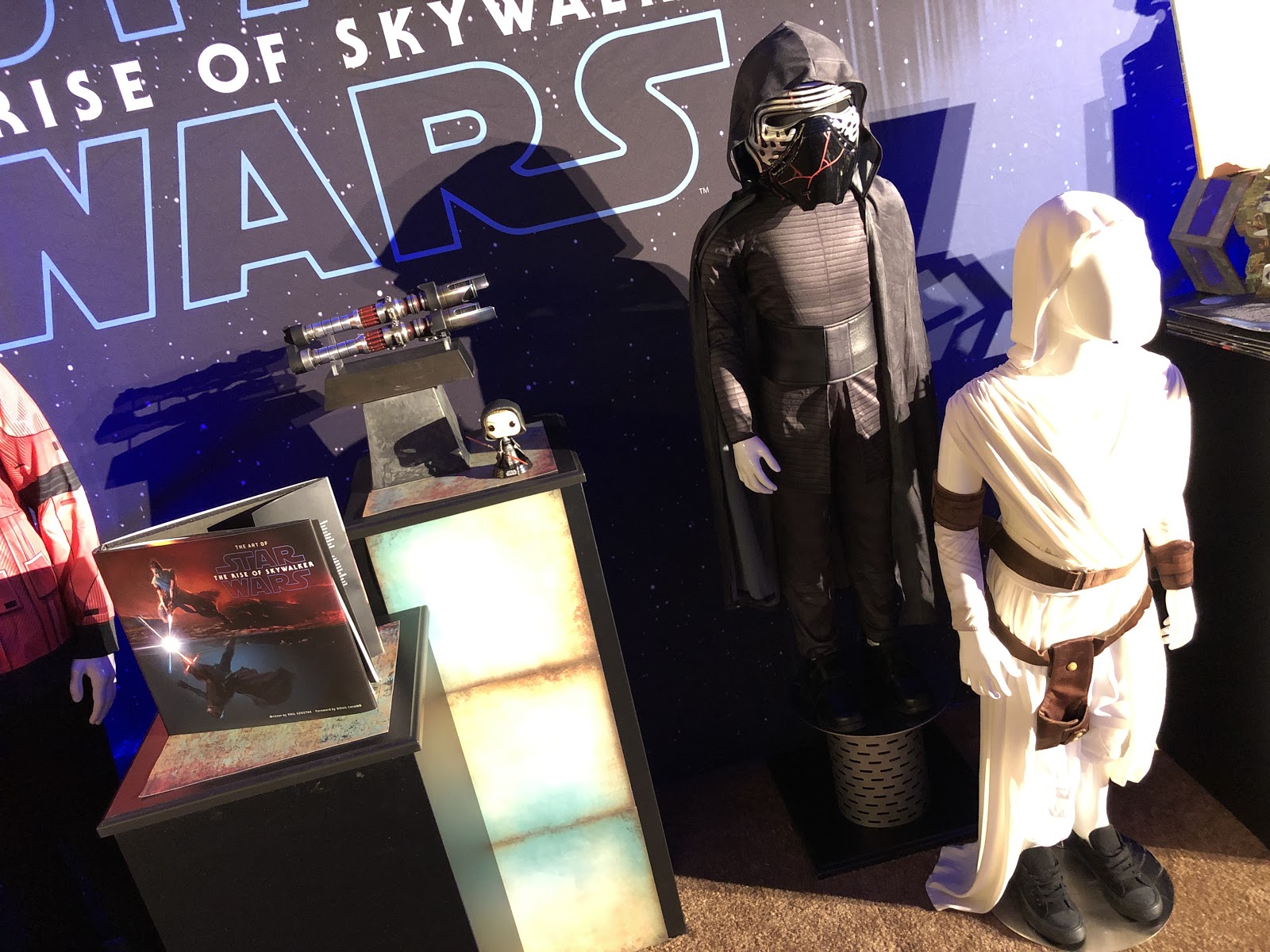