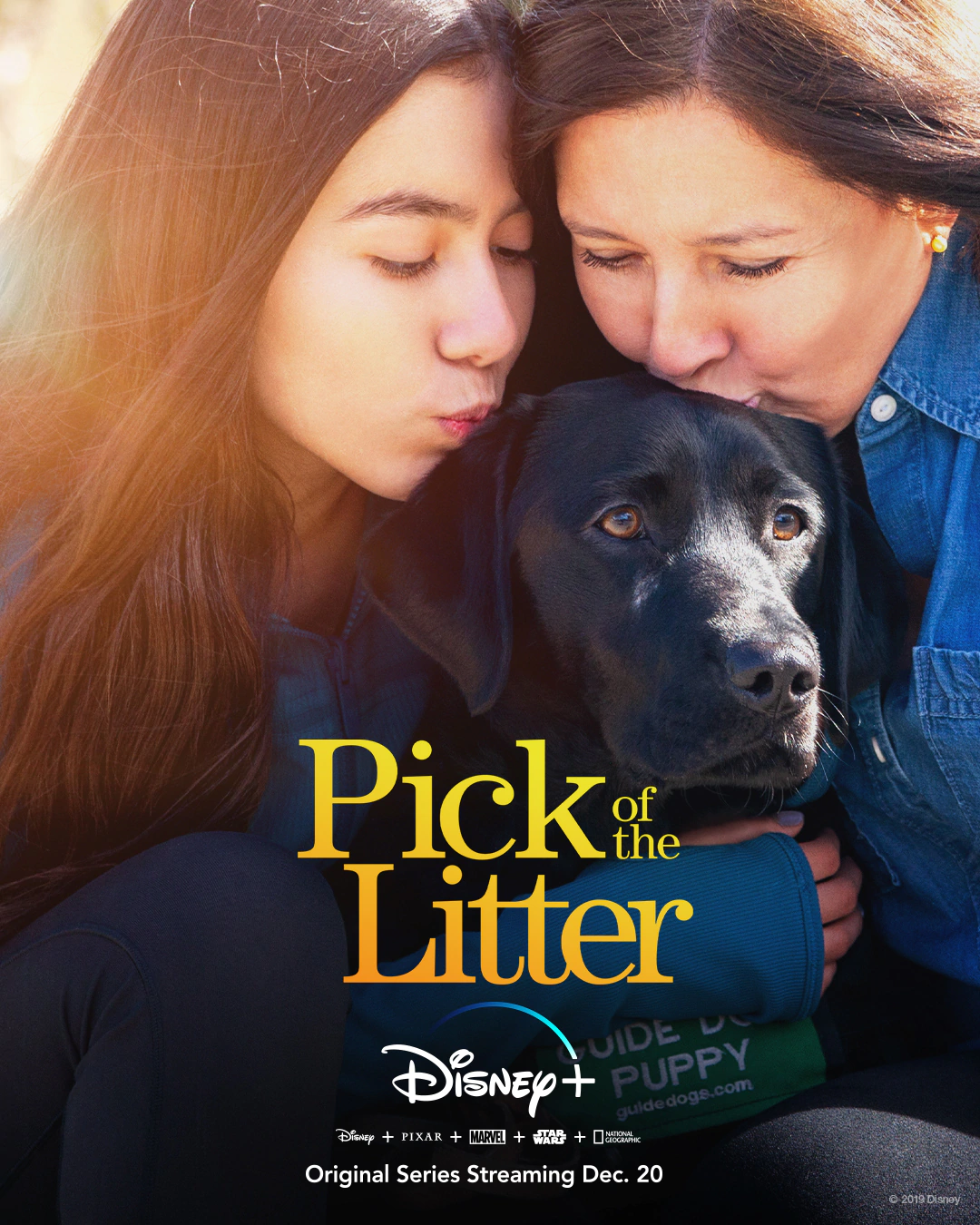 Friday, December 20th, is going to the dogs on Disney+. The streaming platform will debut the new feature film Togo about an Alaskan sled dog as well as a new 6-part documentary series, Pick of the Litter. The series is an off-shoot of a non-Disney documentary film of the same name that made the film festival circuit last year and is now available on Hulu. That film followed the lives of five dogs over the course of two-years on their journey from birth to becoming a seeing eye dogs. The series, however, is a little different.

We’re introduced to six dogs in the premiere episode, all of whom are adolescents and full size, missing out on the adorable puppy phase that was such a big part of the documentary film. Guide Dogs for the Blind is the organization that oversees the dogs in training and at the start of the series, they share that out of 800 labrador retrievers born and put into training programs, only 300 will become guide dogs. Reasons for not making it through the program include behaviors that can’t be corrected in addition to physical issues, such as cataracts and elbow dysplasia.

Set in California, the first two episodes focus on the dogs and their volunteer trainers. Some dogs live in homes with other animals and kids, while some live with one or two adults. They come from all over California, with the majority of them in the East Bay. It is stressed early on that not all of the dogs will make it through the program to completion, in which case the trainers have the option of adopting them. 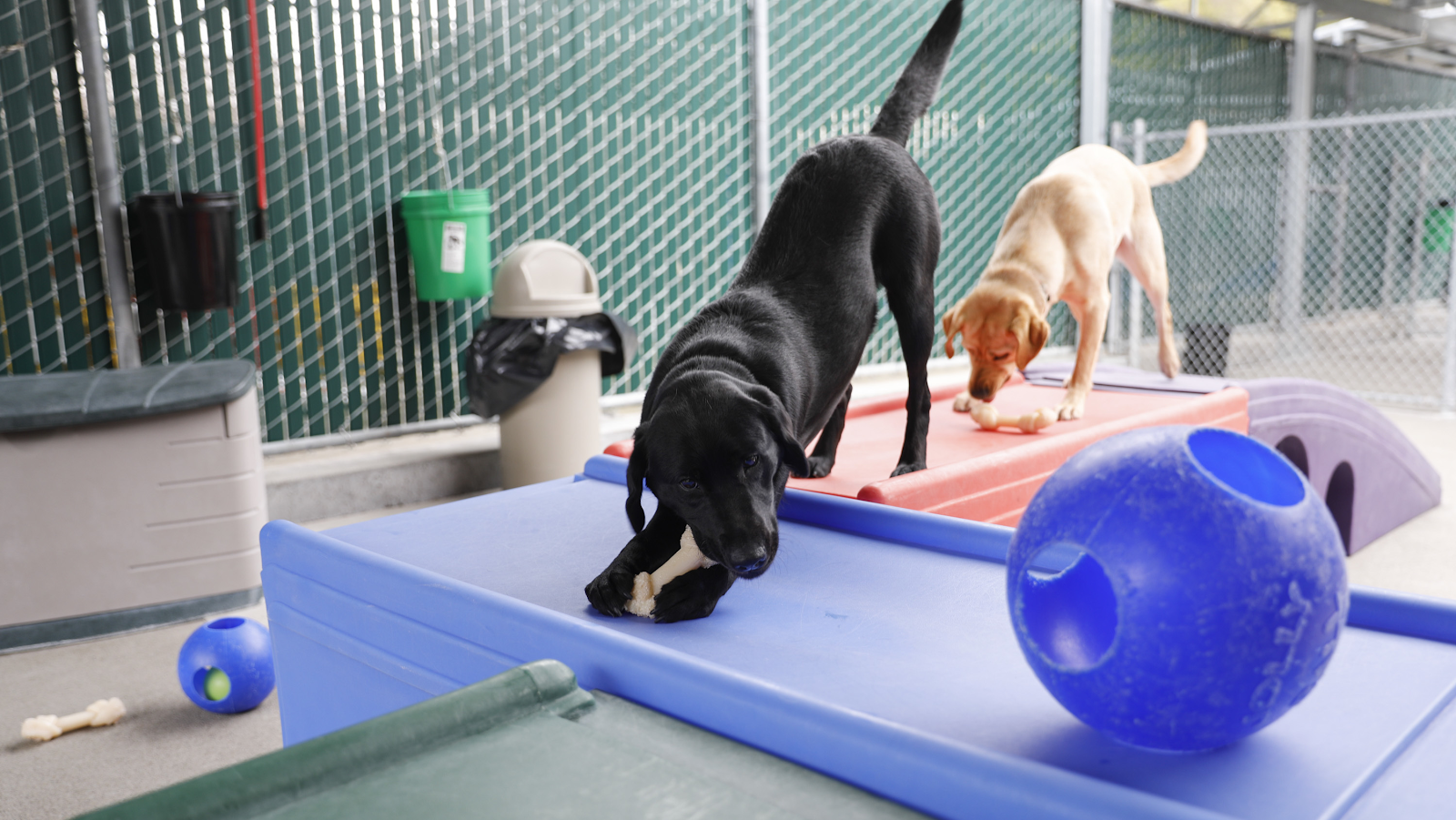 The good boys and girls of Pick of the Litter are Amara, Pacino, Paco, Raffi, Tartan, and Tulane. Littermates, some of them get to see each other continuously thanks to working together at Puppy Clubs put on by Guide Dogs for the Blind. Even though the series makes it clear from the start that this is a temporary living arrangement, it’s still hard to watch when the second episode, “Recall Day,” requires the foster parents to release the dogs who are progressing to the next level of training.

As a pawrent of two rescued four-legged angels, I found this aspect of Pick of the Litter hard to watch. In one case, a dog is deemed not ready to be recalled and is transferred to a new volunteer trainer. Mirakay doesn’t resist and talks to her dog Raffi about it, but she is obviously sad about the situation and it must be very confusing for the dog. This segment broke my heart and while the series feels like it’s heading in an uplifting direction, the first two episodes that I screened are slices of a bigger picture and individually leave you feeling blue.

The second episode tries to add some perspective by briefly introducing Kendal Lyssy, a blind woman who will ultimately be paired with one of the furry stars of Pick of the Litter. This training program changes the lives of the visually impaired by giving them a new lease, or leash, on life. The tears of sadness induced in this same episode will hopefully become tears of joy and inspiration by the sixth installment. Pick of the Litter premieres just in time to fill the void left by the first Disney+ documentary series, The Imagineering Story. But the topic is less Disney focused and aside from having ABC Studios as a production company, nothing about Pick of the Litter feels like a Disney program but rather a show you would expect to see on Animal Planet or NatGeo Wild. I’m curious to see how much appeal it has amongst Disney+ subscribers as the platform establishes a variety of content that doesn’t necessarily check off all of the typical Disney boxes.

I give Pick of the Litter 3 out of 5 chewed slippers.