Hello and welcome to the final installment of Laughing Place’s regular recap of the Disney XD animated series Star Wars Resistance from Lucasfilm Animation. This week we’ll cover the last two episodes of the show, including episode 17 of season two and the double-length series finale. In “Rebuilding the Resistance,” Resistance X-Wing starfighters arrive on the Colossus piloted by Venisa Doza (voiced by Tasia Valenza), Norath Kev (Daveed Diggs), and Hugh Sion (Sam Witwer), an old friend of Kazuda Xiono’s (Christopher Sean) from their time in the New Republic navy.

When Venisa meets Kaz, they both say they’ve heard great things about each other. Her squadron, with only these three remaining members, has arrived because they need help on a mission– escorting Resistance recruits off the planet Dantooine and past a First Order blockade. Naturally, Kaz and Torra Doza (Myrna Velasco) volunteer to help out with the mission, and they manage to enlist Hype Fazon (Donald Faison) as well. Venisa tells Jarek Yeager (Scott Lawrence) she saw Tamara Ryvora (Suzie McGrath) aboard the First Order Star Destroyer and that she could sense the former mechanic is conflicted about her enlistment there, but needs time to process those emotions. Upon arrival at Dantooine, the group of pilots is trading stories about Kaz, but they’re immediately engaged by TIE fighters. After a quick battle, they eliminate the blockade and the Resistance transports are able to leave the planet’s surface. But elsewhere, on the First Order Star Destroyer, Agent Tierney (Sumalee Montano) is praising Tam for her recent progress when word arrives about the incident at Dantooine. They jump into hyperspace and arrive just as the Aces and Resistance pilots are escorting the shuttles from orbit. Tam and Jace Rucklin (Elijah Wood) are scrambled into their TIE fighters for combat with the enemy ships. During the fight, one of the shuttles is destroyed but the other two escape with their escorts thanks to Tam having a brief change of heart and hesitating momentarily. TIE squadron leader Lieutenant Galek (Christine Dunford) is killed in the skirmish and Tam is promoted to fill her place despite the loss. Of course Rucklin is upset about this, claiming that he deserves that position. Back on the Colossus, the Aces regroup and mourn the loss of the shuttle, but celebrate having rescued the other two, welcoming the new recruits on board the station. Captain Doza (Jason Hightower) tells his wife Venisa they can stay and that he is “done running from this fight.” 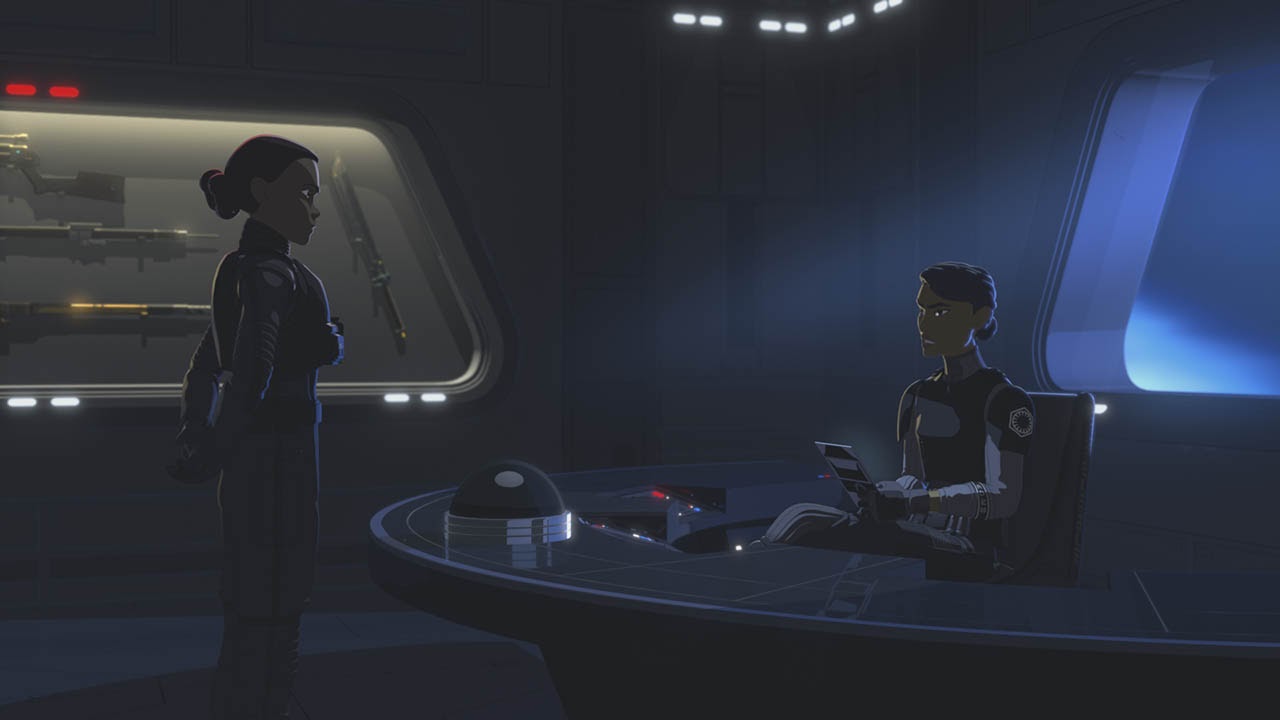 At the beginning of the series finale “The Escape,” Rucklin tells Tam a big mission is coming up for their Star Destroyer. They arrive at the planet Aeos with numerous other capital ships and begin firing on the native population as retaliation for harboring the Resistance. Tam gets very upset by this and runs off to be by herself. She finds a Mouse Droid updating the ship’s computer systems and reprograms it, saying “You’re going to help me get out of here.” Agent Tierney attempts to report to General Hux when suddenly Kylo Ren (voiced here by Matthew Wood, not Adam Driver) steps into the holotransmission. Ren threatens Tierney and Commander Pyre (Liam McIntyre) by Force-ing them to pull their blasters on each other, and Pyre says they will double their efforts in finding the Colossus. Tam uses the Mouse Droid to recover her communicator from Tierney’s office and then to send a signal to the Colossus, where Kaz, Neeku (Josh Brener), and Yeager are repairing the Fireball when the message comes in. Neeku immediately recognizes it as being in a secret code he had created with Tam in order to mock Kaz’s poor mechanic skills, and they interpret it as a request to meet on Castilon. Captain Doza thinks it may be a trap, but after Venisa convinces him to let them go, Kaz and Yeager take the captured First Order shuttle. Meanwhile, Agent Tierney has begun to suspect Tam and assigns Rucklin to watch over her. Tam uses a training exercise as an excuse to jump to Castilon, where Kaz and Yeager have landed on an abandoned racing ring, and Tierney finds the communicator missing from her office, confirming her suspicions. Yeager and Kaz are reminiscing about Tam and her history when the TIE squadron shows up in Castilon’s atmosphere and immediately begin firing on them despite Tam’s orders not to engage. She knocks out Rucklin, who is serving as her co-pilot, and is forced to destroy the other two TIEs before reuniting with her friends. They take Rucklin prisoner just as the Star Destroyer comes out of hyperspace. Our heroes attempt to escape in the shuttle but are caught in a tractor beam with their transmissions jammed. Tam suggests Yeager uses a maneuver from the Battle of Jakku, so he sets the shuttle to self-destruct. In the hold, Rucklin wakes up and uses the computer panel to discover the location of the Colossus. 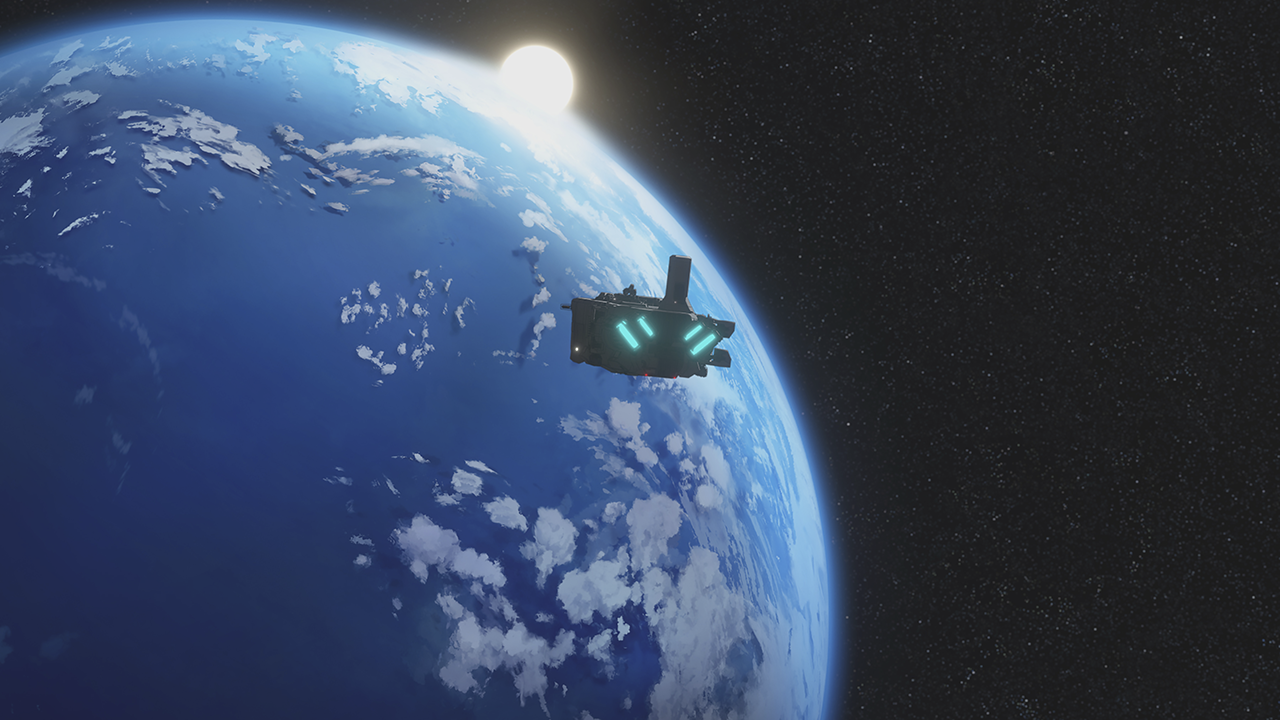 Upon arriving in the Star Destroyer’s hangar bay, Tam and Rucklin are taken into custody by Tierney and Pyre, though Rucklin quickly gives up the information he found and tells them the treason was all Tam’s work. Suddenly the shuttle explodes and a firefight breaks out between Yeager, Kaz, and the First Order. Despite the chaos, Tierney sets course for the Barabesh system, while Tam punches out Rucklin again. On the Colossus, Torra wants to go to Castilon to check on her friends, since they had not heard any word from them since they left. Doza gathers everyone at Aunt Z’s to ask for their help, and at first they do not want any part in the conflict. Back on the Star Destroyer, Kaz, Tam, and Yeager send a transmission to warn the Colossus about the imminent attack. Neeku receives the message and interrupts the meeting at Aunt Z’s, convincing the residents to take action against the First Order. Our heroes are captured once again by Pyre just before the Star Destroyer comes out of hyperspace at the location of the Colossus. The remaining Aces prepare for battle, with the droid Bucket piloting the Fireball. Combat erupts between the Aces and an armada of TIEs, while Pyre prepares a boarding party. The TIEs take the Colossus’s shield down to 30%, but Kaz’s droid CB-23 manages to hack into the Star Destroyer’s systems and lower its shields entirely, allowing the Aces a moment to attack. In the ensuing pandamonium, the protagonists escape from the bridge and make their way to the hangar. Stormtroopers board the Colossus while Pyre faces off with Kaz. CB steps in to save Kaz’s life and they manage to incapacitate Pyre, though CB gets fried as well. The citizens of the Colossus take on the stormtroopers and begin to gain the upper hand. Tierney reports to Kylo Ren via hologram, and he is obviously displeased. He refuses to send reinforcements to “add to her failure” and instead Force-chokes her long-distance. The Aces then blow up the Star Destroyer entirely, and the team returns to the Colossus. Tam gets permission to board from Venisa and is instantly forgiven by Neeku. They all go to Aunt Z’s for a drink with the rest of the Aces, claiming victory for the time being. “Team Colossus!” And that’s all for Star Wars Resistance. Will we ever see these characters again in future stories? Only time will tell, but the official Star Wars website did confirm that the Fireball does appear in the final battle over Exegol in Star Wars: The Rise of Skywalker, along with Jarek Yeager and Torra Doza’s ships. Hopefully someday we’ll find out what happened between the end of the series and that climactic moment. Until then, we’ll continue to cover everything Star Wars here at LaughingPlace.com! 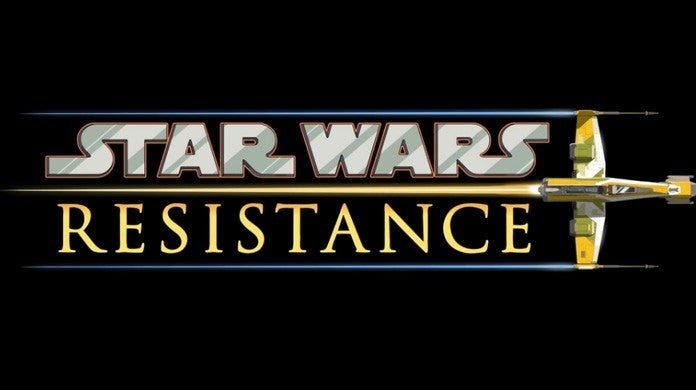