Disney+ recently introduced the new cooking challenge show Be Our Chef. This new series invites families from diverse backgrounds to compete in a friendly competition to create the next great Disney Parks dish. Disney+ has given Laughing Place an exclusive debut of a clip from the show’s second episode.

With Be Our Chef in mind, we’ve decided to revisit some old Disney Parks favorites, and follow Disney’s recipes to recreate those dishes at home. 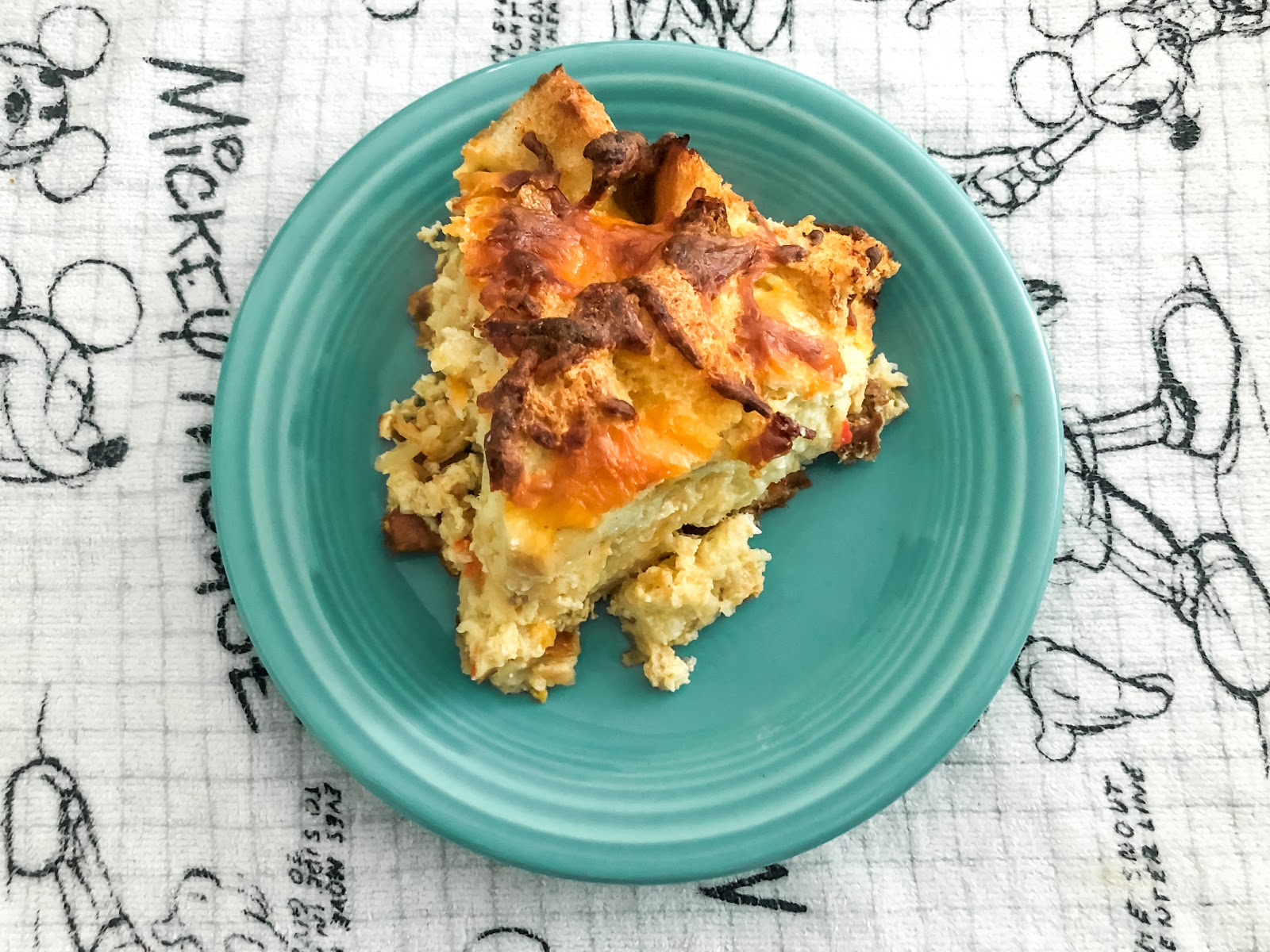 This one may not be a favorite from the Disney Parks, but it is a delicious recipe shared by the Disney Parks Blog from food blogger Melissa Bailey. While it may not be something you can plan to get on your next visit to Walt Disney World, it is a relatively easy recipe to follow in order to make this delicious dish at home. 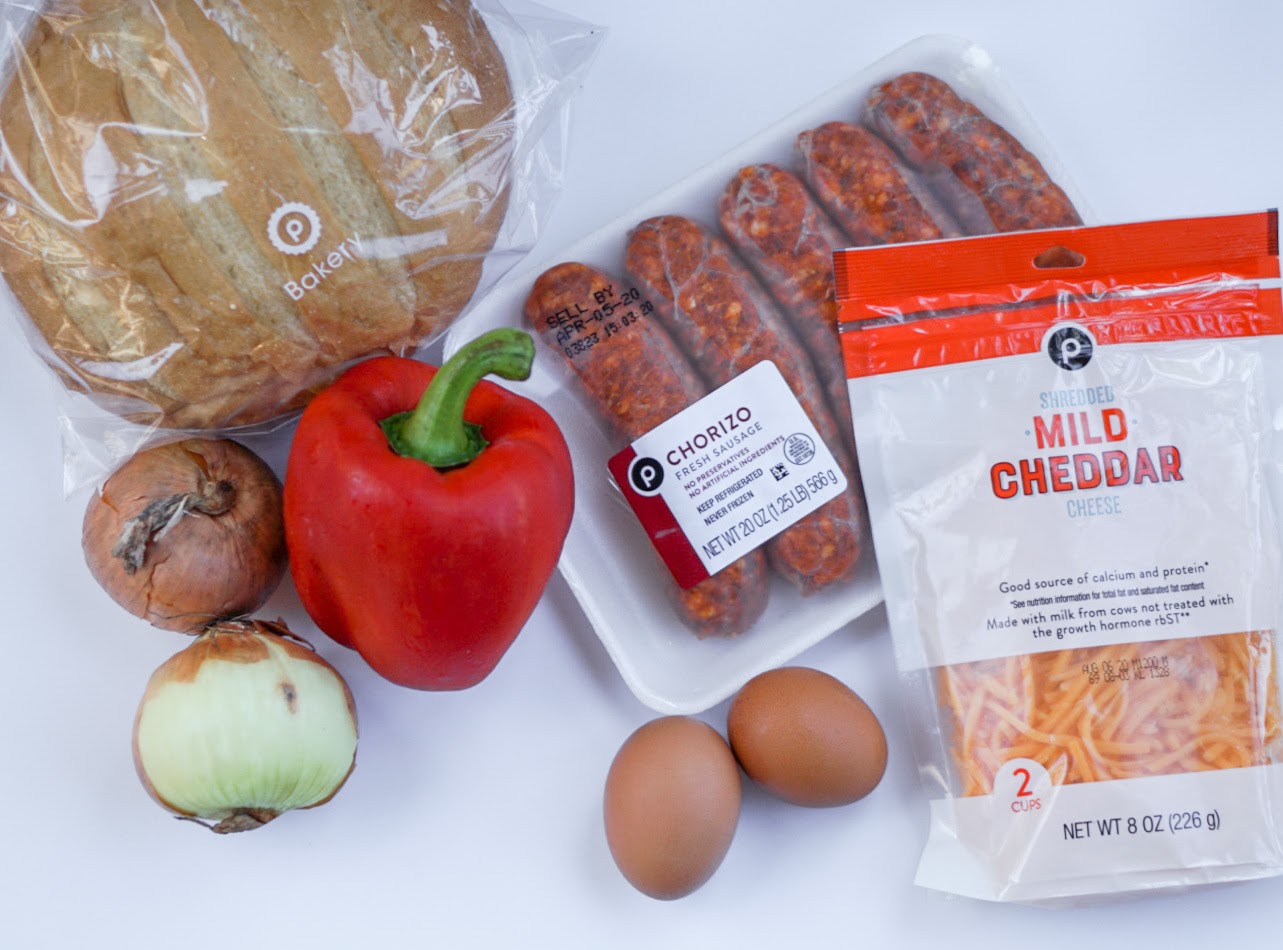 The Disney recipe calls for Spanish chorizo, which is more of a dried sausage. Our grocery store only had fresh chorizo, which altered the recipe just a bit but still turned out delicious. Either option will work.

2) Cook the chorizo in a pan over medium heat for about one to two minutes until most of the oil is released.     If you’re using fresh chorizo like we did, you won’t get much oil in the pan. At least, there likely won’t be enough that you will need to drain the pan after cooking. Instead of watching for the amount of oil, cook the sausage until it is easy enough to dice. 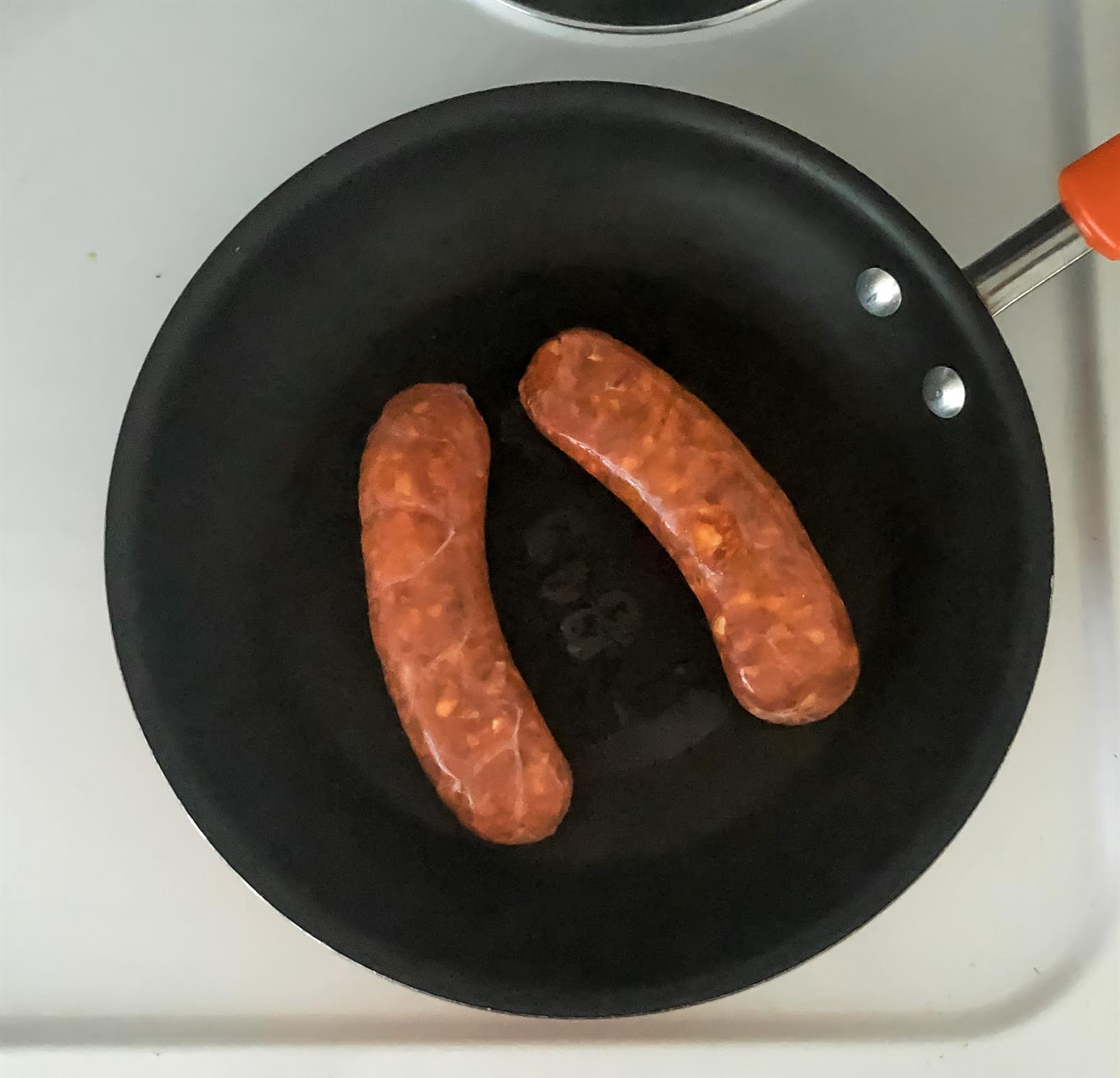 3) Dice the onions and pepper. In about 1 tablespoon of the chorizo oil cook them until translucent.  Again, if using fresh chorizo, simply cook the vegetables in the same pan used for the sausage. 4) In a bowl, whisk together eggs and milk. Season mixture with salt and pepper and set aside. 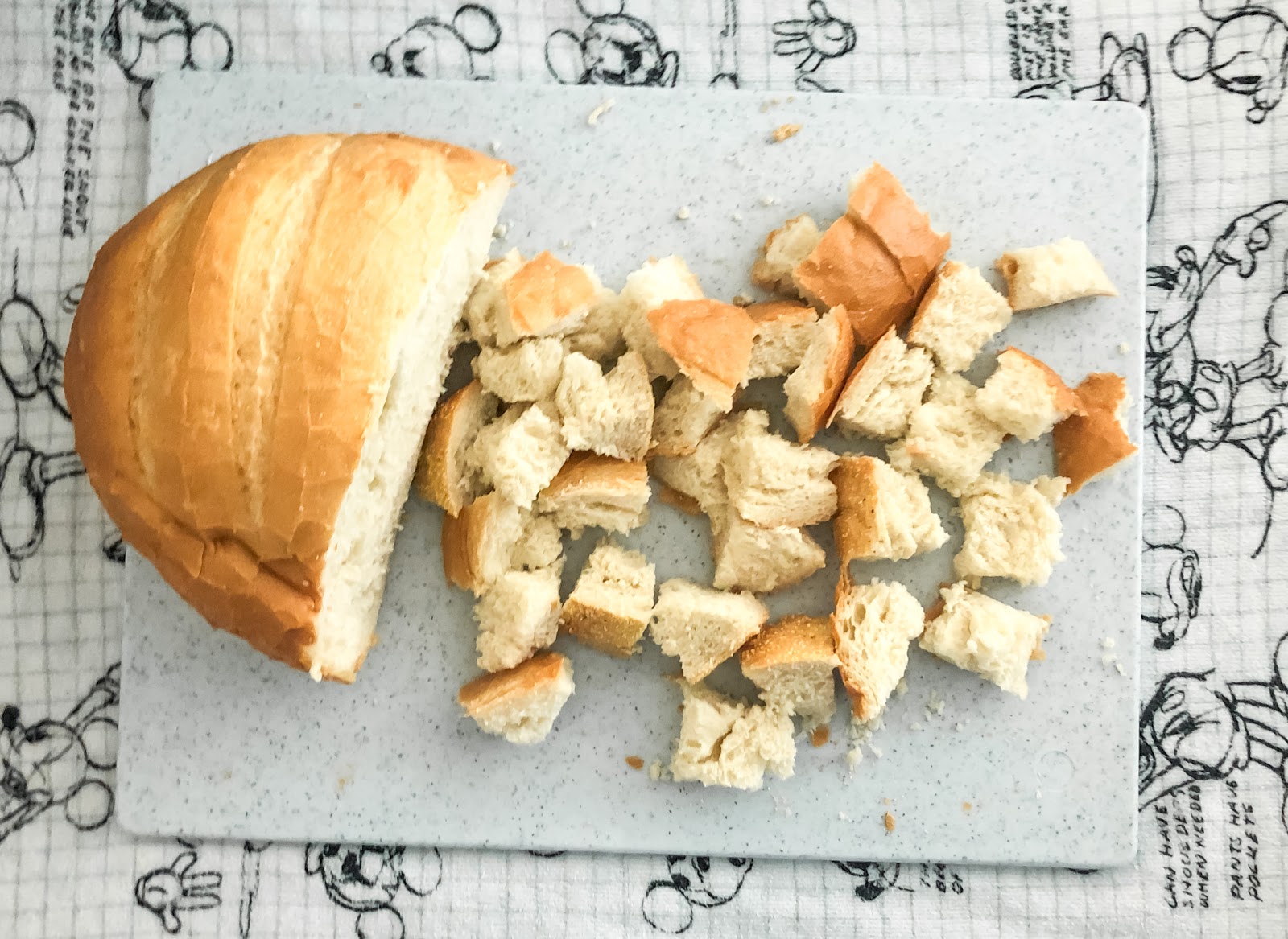 6) Layer bread, chorizo, onions and peppers in an 8-inch baking dish.   The dish we used was slightly bigger, and we actually found that we could have used one that was even a bit bigger than that.

7) Pour milk and eggs mixture evenly over baking dish and sprinkle with cheese. 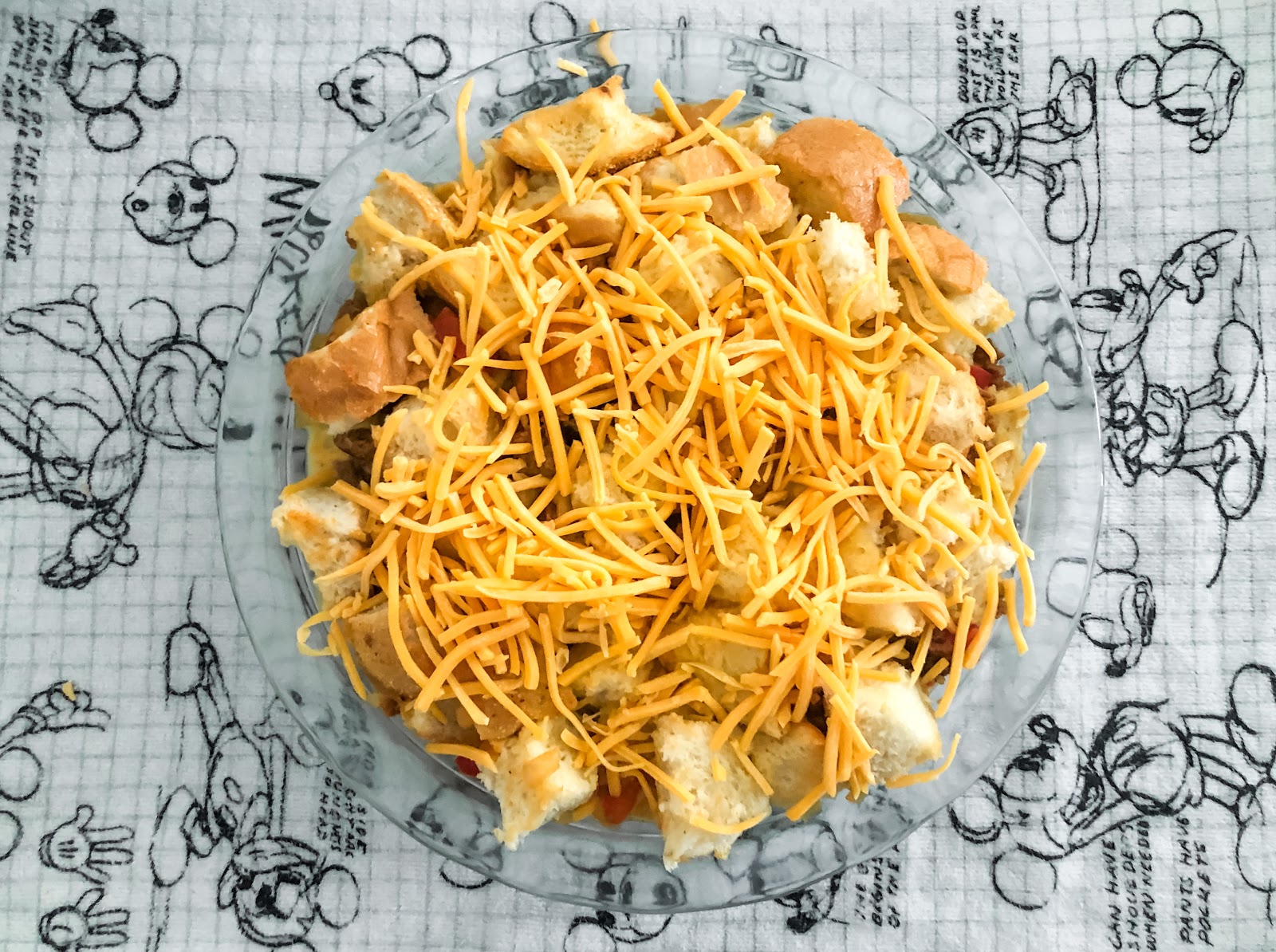 8) Bake until cooked through and golden brown, about 60 minutes. 9) Once out of the oven, set aside to let rest for 10 minutes before serving.

If you want to see how Melissa Bailey puts this recipe together, check out the video below:

Want to make more of your favorite Disney Parks recipes? Check back every Friday when new episodes of Be Our Chef hit Disney+ as we provide some more great Disney treats for you to make at home.