The second episode of the seventh and final season of Marvel’s Agents of S.H.I.E.L.D. aired tonight on ABC, and answered some big questions from last week’s season premiere while also posing some new, very exciting ones. 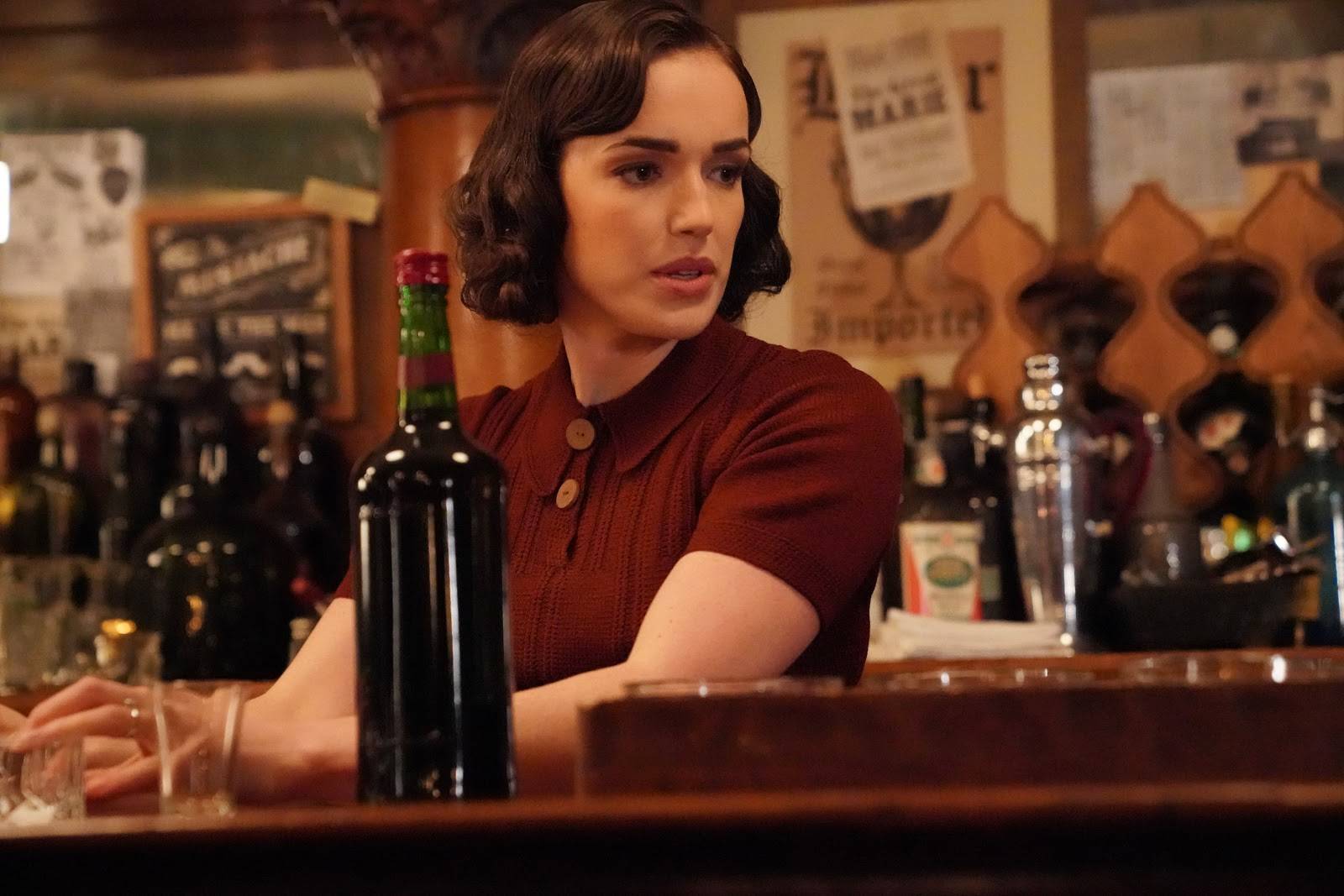 After a recap and the Marvel logo, the episode opens with a car chase. Mack and Deke manage to lose the Chronicops, to steal a term from last week, with Freddy. Freddy and Deke butt heads a bit as Freddy makes them believe he is just delivering alcohol. He then slips the vial of the mysterious green liquid into a bottle to hide it from Mack and Deke.

After the 1930s-themed “Agents of S.H.I.E.L.D.” logo, we see a flashback of Agent May fighting during the season six finale before she wakes up in Enoch’s operating vessel we saw last week. May checks for a wound where she was stabbed by Sarge, and relaxes a bit when she doesn’t find one before evidently becoming suspicious.

And speaking of, Koenig grows suspicious of Coulson and Daisy in the speakeasy, trying to get answers out of them regarding Freddy. Simmons and Yo-Yo knock on the door and use the password to get Koenig to allow them in. Simmons explains that she needs to remove the bullet from the mysterious woman who was shot after delivering the vials to Freddy so they can get some answers out of her. She extracts the bullet and drops it in a shot glass full of whiskey on the bar. Meanwhile, Daisy argues that they should let Freddy die and stop HYDRA from forming. Coulson argues with her, explaining why they can’t let that happen. 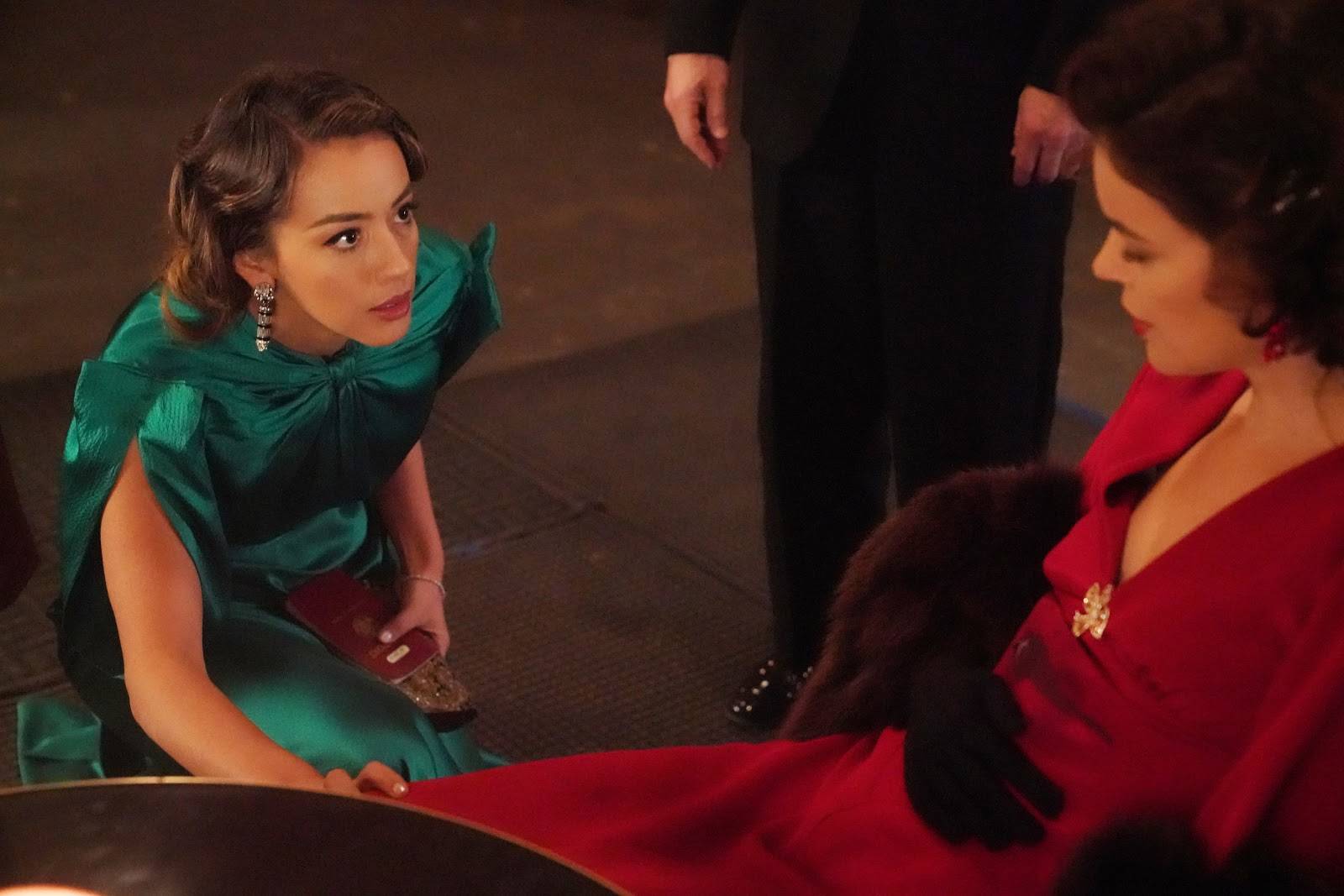 The team contacts Enoch back on the Zephyr and he informs the team that May is awake. Simmons instructs him to sedate here because it is too soon for her to be active. Enoch explains that she does not seem to be in the mood to take orders.

We see May doing pull-ups before Enoch enters and asks her to rest, while hiding a syringe behind his back. After he adorably introduces himself as Fitz’s best friend, he casually lets her know that Simmons has prescribed a sedative and presents the syringe. Without hesitation, May attacks and stick the syringe in Enoch, who is unphased. After he informs her that she is in the year 1931, May very casually responds that she is hungry. She’s been through a lot over 6+ seasons, time travel is hardly shocking anymore.

Mack and Deke help Freddy unload the liquor from the car and when he is asked about the buyer, Freddy explains that this is where they part ways. Mack obviously puts up a fight as he and Deke explain that their job is to make sure he does his job. Freddy is seemingly convinced and together they head to an approaching train. 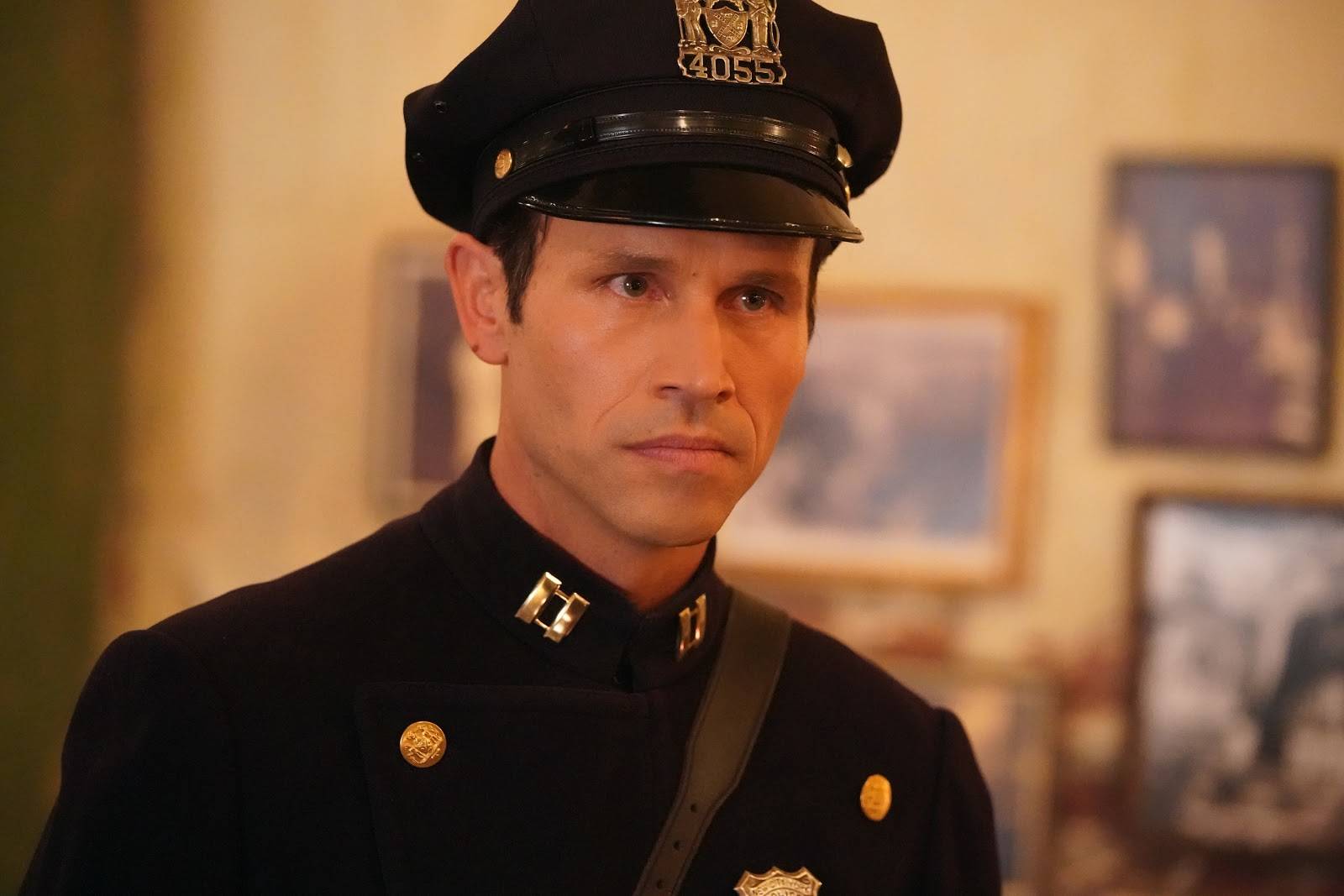 Back at the speakeasy, the Chronicops catch up to the team and Koenig covers for them while they hide in a secret room behind his office. In his attempt to protect them, Koenig drinks the whiskey with the bullet in it, leading to my favorite line of the episode later on – “I can’t believe I took a bullet for you people.”

While the team is hiding, the woman wakes up and begins to freak out. The team manages to stop her from screaming, but in her panic she knocks over a bottle. Time slows down as Yo-Yo sees the bottle fall but for some reason she is unable to do anything. Later, Daisy asks her what happened and she guesses her Shrike infection may have affected her but has no sure answer, something I would guess will play a role in the season moving forward. Simmons discovers a substance on the mystery woman’s shoe and Simmons immediately begins testing it. After a couple, mostly inconsequential, jumps back to the Zephyr and Mack and Deke’s train, we get back to see Simmons work. As she confidently does her thing, an excited Koenig exclaims that she really “knows her onions,” in the “oh that’s why they call it that” moment for the episode. It doesn’t take long for Simmons to discover that the substance is an early iteration of Dr. Erskine’s Super Soldier Serum! Even more exciting, she explains that it’s the version of the serum taken by Johann Schmidt, turning him into the Red Skull! Which means not only does S.H.I.E.L.D. have to save HYDRA, they need to help create one of the greatest villains in Marvel history. Daisy is clearly not on board with this and wants to change the plan, which of course would play right into the hands of the Chronicops. 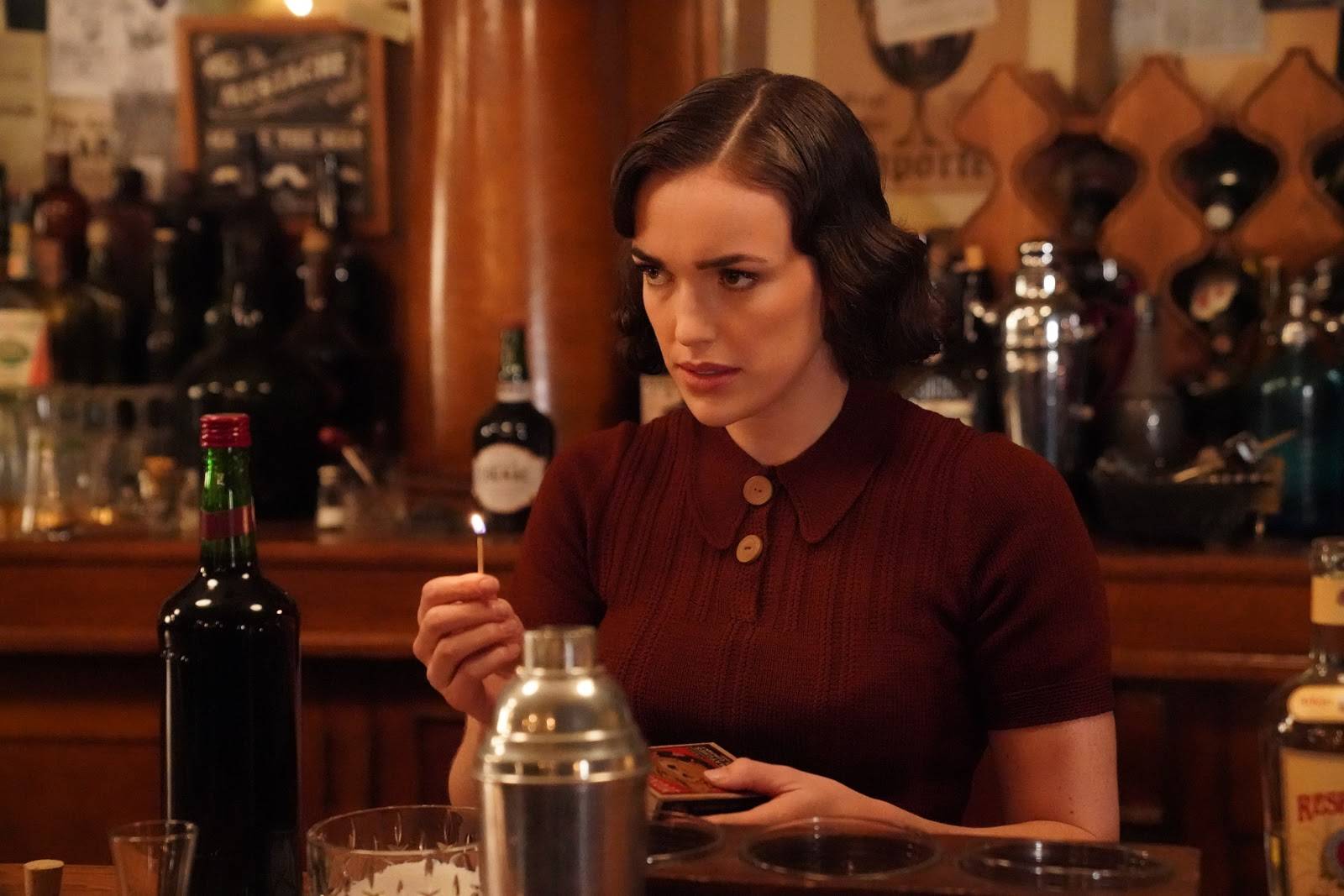 On the train, Mack and Deke hear Enoch over the radio, but the signal fades quickly. Freddy catches them examining his liquor and they try to get answers out of him. At this point, it’s hard to remember that they’re not even aware of HYDRA’s involvement yet. There is an obvious lack of trust between the two parties and they trade the upper hand a few times as they make their way to the site of the deal.

On the Zephyr, May overhears that the team can’t get in contact with Mack and Deke and tells Enoch that she is going to help them. May then contacts the team at the speakeasy and they tell her not to leave the Zephyr. Daisy tries to get information out of the HYDRA woman and she inadvertently gives up the location of the deal because Koenig has heard of it. He offers to tell the team how to get there as long as they take him along.

The Chronicops learn that Freddy, Mack and Deke are on the train. We then see Mack and Deke argue with Freddy some more regarding the deliver and Freddy pulls a gun on them. Again, the upper hand changes a few times throughout the episode.

Having been instructed to sedate her, Enoch confronts May and the two share a pretty great fight scene. May gets the upper hand and is seemingly about to kill Enoch when the team shows up just in time. May learned that Coulson is back but she doesn’t accept him as the real Coulson, rightfully so. Later, Simmons explains that there is definitely something wrong with May as she allowed them to sedate her without any resistance, a very uncharacteristic move for May.

With Koenig joining the team on the bridge of the Zephyr, Coulson tries to prepare him for what he’s about to see before he removes his blindfold. When Koenig is finally allowed to see the futuristic technology of the S.H.I.E.L.D. base he is overwhelmed and suddenly wants to know everything. The music in this scene is very similar to the Avengers theme, which was a very nice touch. 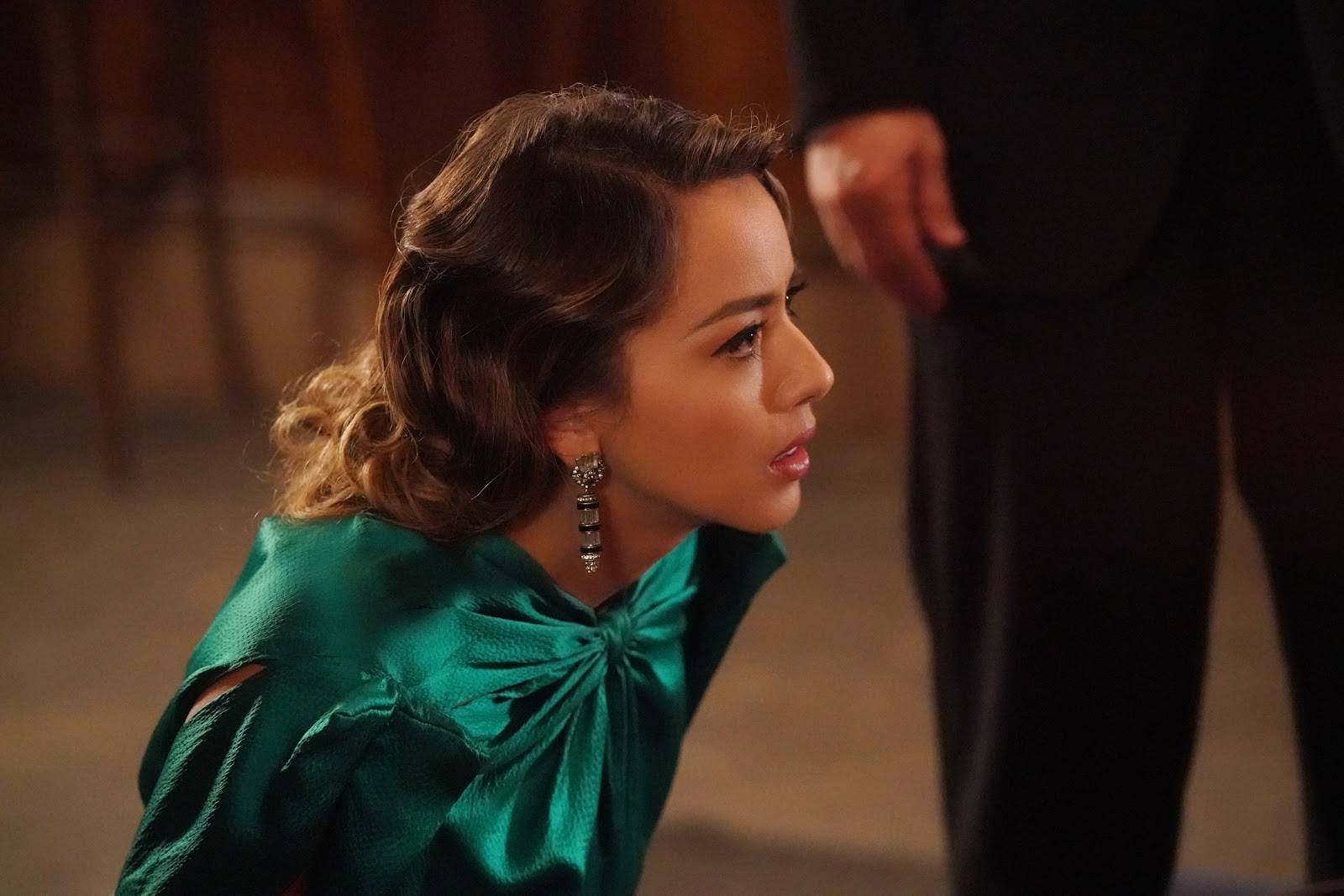 Coulson explains to Koenig that they are from the future and Daisy explains that Freddy will be responsible for the deaths of thousands of people. Koenig argues that they can’t blame him for something he hasn’t done yet. Their conversation is interrupted by an alarm as a clock appears on a screen. Simmons explains that they have 17 minutes before the Zephyr jumps to another period in time.

After the train arrives at its destination, Daisy is finally able to contact Deke and she orders him to shoot Freddy. Confused, Deke questions the order and Daisy explains Freddy’s role in the creation of HYDRA and how many lives his death would save. Mack finds a vial of the liquid and Deke tells him what he just heard. Deke aims his gun at Freddy but eventually lowers it, allowing Freddy to live, until they are ambushed by the Chronicops.

The team arrives to save Mack, Deke and Freddy. During the fight, Freddy slips away to make his delivery but not before he is confronted by Koenig, who tries to talk him out of what he’s about to do. Freddy shoots Koenig in the arm, makes his delivery and escapes. The Chronicops realize they have failed and plan to complete their mission ins another point in time. Enoch finds the injured Koenig who says he’s fine. Coulson instructs Enoch over the radio to get back to the Zephyr before the window closes. The shot lingers on Koenig as he sits clutching his arm and says “marvelous.” Everyone makes it back to the Zephyr in time except for Enoch who makes a run for it but comes up just short as the door closes and the ship disappears, leaving Enoch in the past. 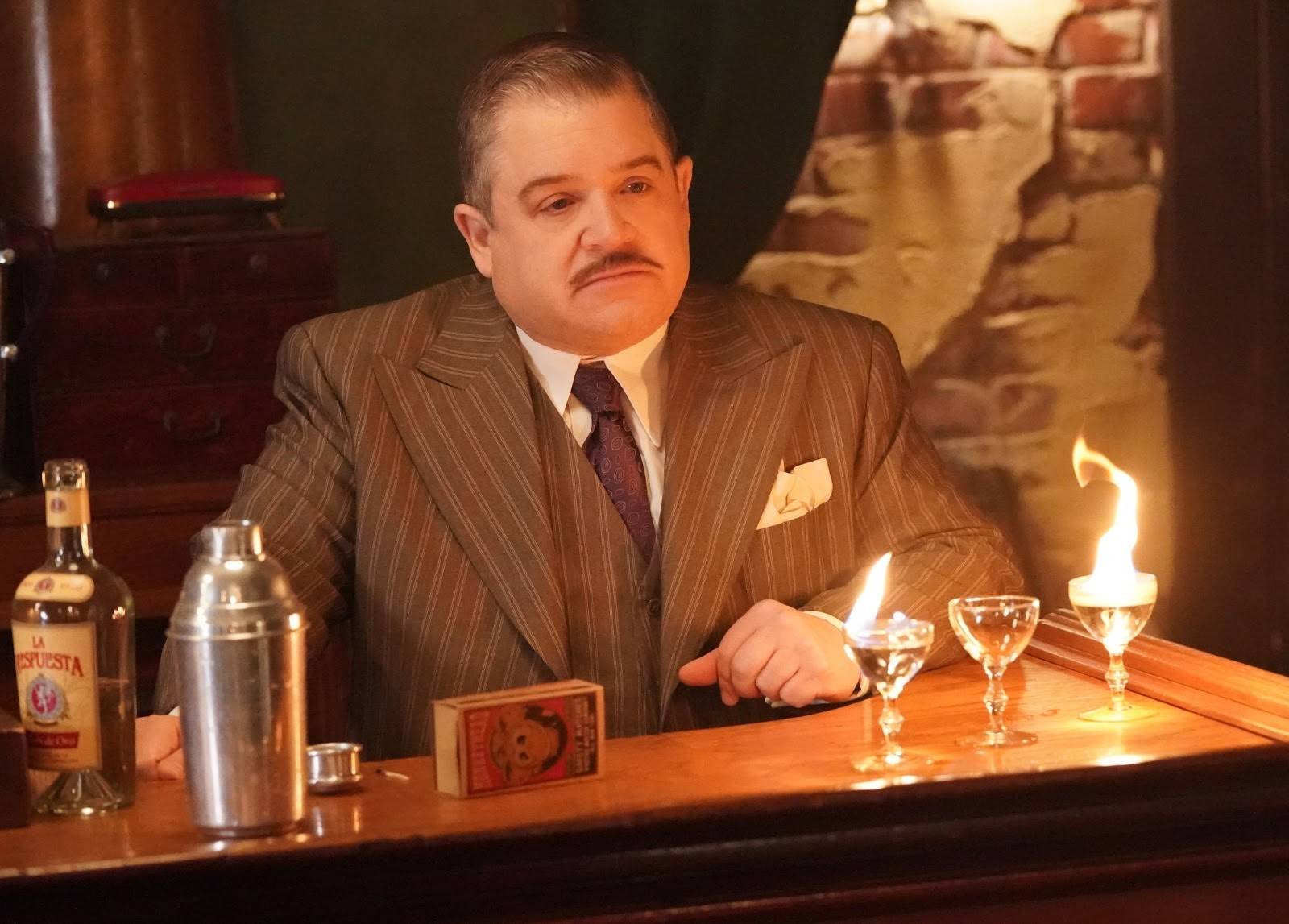 In the tag, we see Enoch making a drink for Koenig back at the speakeasy. Koenig hires him as his new bartender on two conditions. First, Koenig wants to know everything about S.H.I.E.L.D. because he thinks he can help. Enoch assures him that he will and so will his speakeasy, playing back to what Coulson said about the speakeasy eventually becoming a S.H.I.E.L.D. hideout in the previous episode. Second, Koenig wants to know everything about robots because he finds them fascinating. Enoch informs him that his grandchildren will as well. As the episode closes out, Koenig says this will be the beginning of a marvelous friendship, doubling down on the gag from just a few scenes prior.

This was a very strong episode of Agents of S.H.I.E.L.D. Not only does it progress the story, but it also ties into other history in the Marvel Cinematic Universe, something fans of the show have been wanting for years and have gotten very little of. It’s clear there are still a lot of angles to play out in this season, now including Enoch’s role in the history of the MCU and where (or rather when) the team will be heading to next.

Marvel’s Agents of S.H.I.E.L.D. will air Wednesday nights on ABC.