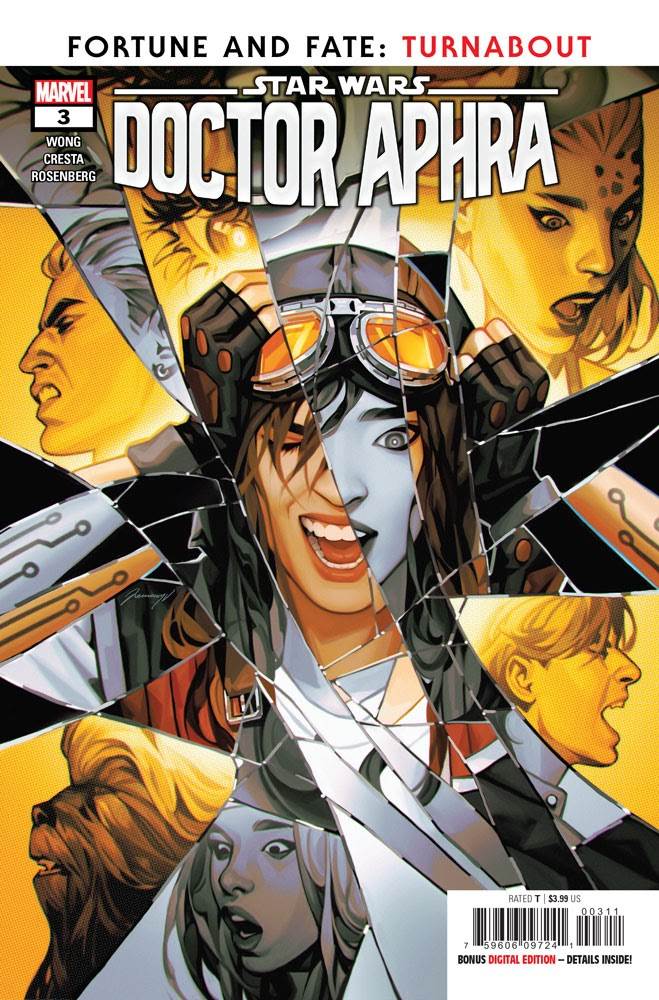 Last month I praised the current run of Star Wars: Doctor Aphra for its return to the roguish character’s archaeological roots, and that trend continues in the latest issue (#3) of the Marvel comic book’s second volume, out today. Separated into two parties thanks to a creepy, crumbling ruin’s floor giving way during their hunt for the legendary Rings of Vaale, Chelli Aphra and her ragtag crew find themselves accosted by the minions of one Ronen Tagge– an aristocrat who seeks only to destroy the artifacts (after he becomes the last person to ever touch them, that is).

Having dropped into an underground cave system, Professor Eustacia Okka must lead the Wookiee bounty hunter Black Krrsantan and human smuggler Just Lucky through a series of eerie caverns to their prize, while Aphra, archaeology student Detta Yao, and plucky droid TA-418 have to deal with Tagge’s forces and find a way into the Dianth architects’ ancient hidden workshop. 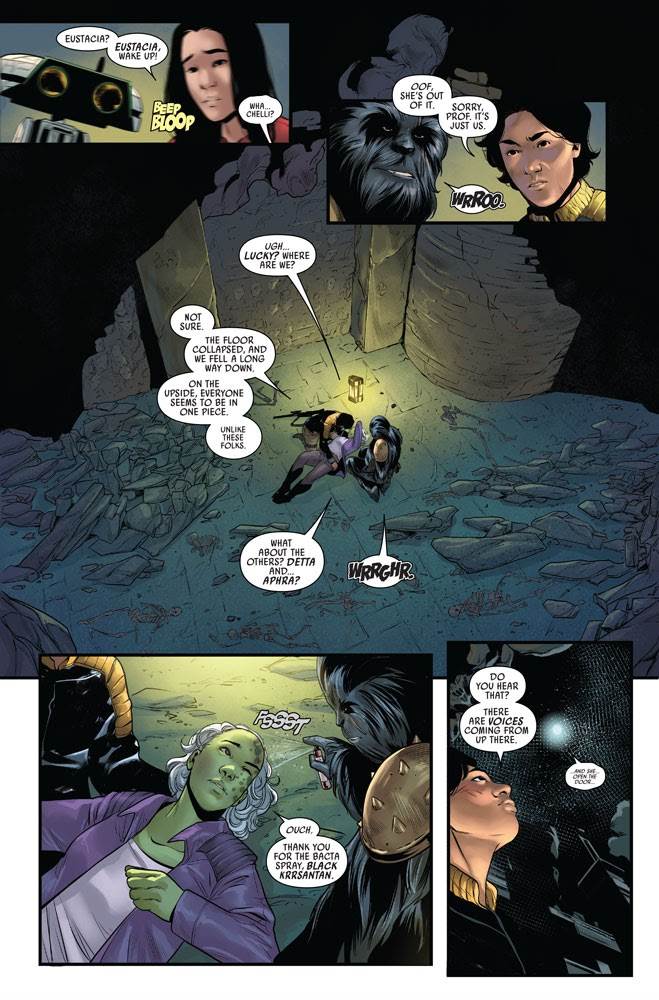 Of all of Doctor Aphra’s adventures in Marvel Comics (and the recently released Star Wars: Doctor Aphra audio drama) so far, this is the one that feels most like an Indiana Jones movie– and I mean that in the most complimentary way possible. This issue alone features booby traps, armed goons and fisticuff-inclined heavies, skull-decked hallways, glowing mystical treasures, and last-minute betrayals, all in the name of fortune and glory (or “Fortune and Fate,” as this arc of the series is titled). There’s even a brief cutaway to the Canto Bight casino– as featured in 2017’s Star Wars: The Last Jedi— to further establish what Tagge’s life is like when he’s not incinerating precious relics.

Writer Alyssa Wong and artist Marika Cresta continue to do a great job in establishing mood, keeping the plot moving with forward momentum, and executing plenty of twists, turns, and surprises along the way. They draw parallels between Aphra and Yao before quickly demonstrating what separates the two characters’ personalities and help us understand why the former’s personal code of ethics isn’t just “anything goes,” though she may go out of her way to convince outside observers that it is. And best of all, the locations featured on this expedition feel appropriately lived-in, detailed, and grounded in an authentically Star Wars-esque manner. Another nail-biter of a cliffhanger ending at the close of this issue ensures that readers will return next month to find out what happens to Aphra and her gang– or what’s left of the associates she can still count as being on her side. 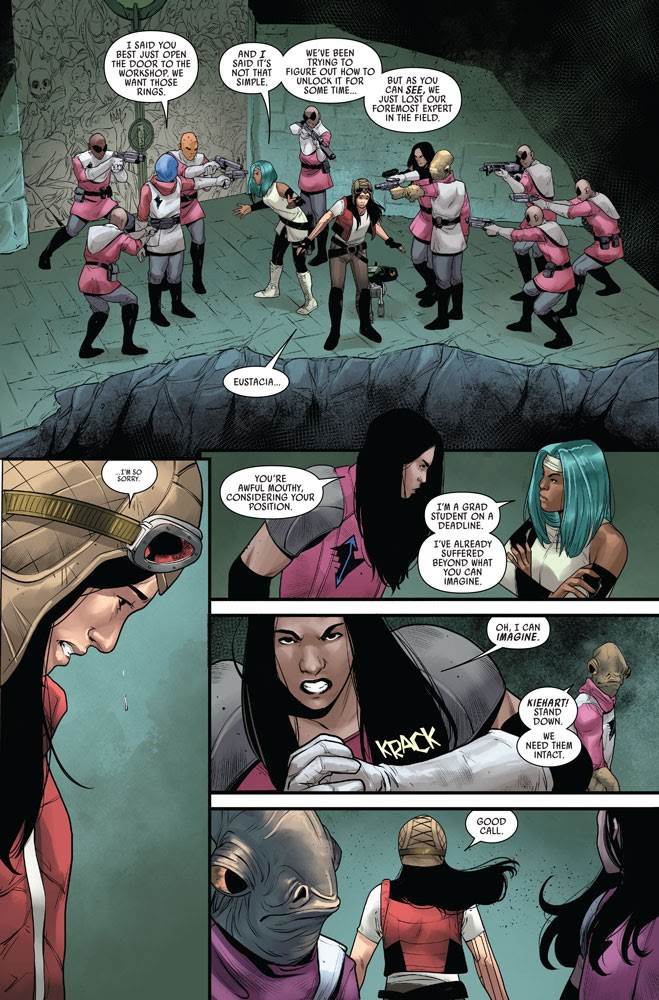