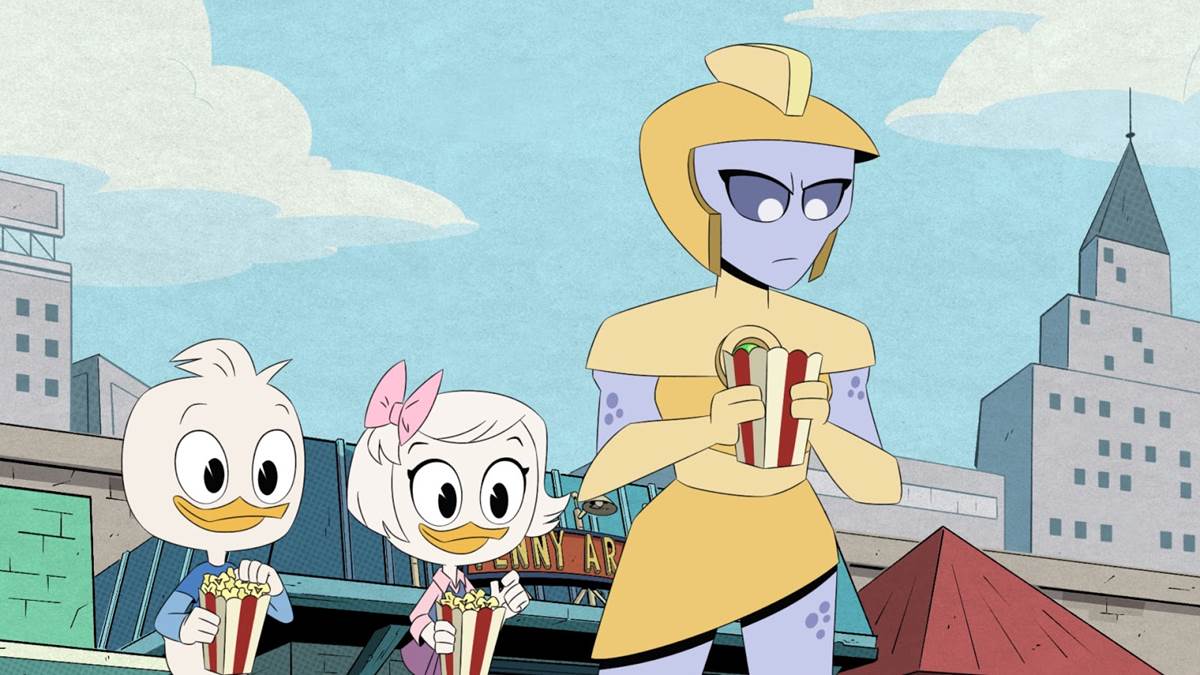 The current reboot of DuckTales on Disney XD is commendable not only for its ability to pull off exciting, funny stand-alone adventures, but also for its commitment to continuity. Case in point: last season’s overarching plot ended with an ultimately unsuccessful invasion of the Earth by Moon people, and after that story arc ended in the finale, a lesser show would have forgotten or at the very least deemed it unnecessary to follow-up on some kind of aftermath.

But DuckTales has chosen to keep some of those newly introduced characters around– most notably Penumbra (voiced by Julie Bowen of Lost and Modern Family fame), the Moonlander who was won over by her plucky recently acquired best friend Della Duck (Community and Criminal Minds actress Paget Brewster) and helped put a stop to the invasion. In this week’s new episode “They Put a Moonlander On the Earth!” Penny, as her friends call her, is now stranded on Earth much like Della was previously stranded on the Moon. She’s working to rebuild her ship and return to her “planet,” though her fellow Moonlanders (Rob Paulsen of Animaniacs and April Winchell of Who Framed Roger Rabbit) have discovered what they call “Earth fun” and are not planning on joining her. Fortunately for her, Webby (Kate Micucci) and Dewey (Ben Schwartz) are willing to help Penny learn how to be happy on Earth– especially because the comically villainous Flintheart Glomgold (Keith Ferguson) has announced he’s opening up a dangerous-looking new ferris wheel on the Duckburg pier. Dewey wants to get on the news by being trapped or otherwise traumatized by the rickety-looking carnival ride, while Webby– as always– is simply in it for the adventure. Plus, Launchpad (Beck Bennett) is gung-ho about making amends with Penny after a disastrous coffee date they had together, so he does the driving– I think you can guess whether he does it well or not.

WE HAVE BEEN TRYING TO DO THIS JOKE FOR THREE SEASONS. #DuckTales https://t.co/xkomKIc7VV

This all adds up to a fairly low-stakes but entertaining and playful half-hour, wherein the gang does their best to help Penny come to love her adoptive home, Dewey finds a new nemesis in a camera-hogging pig named Timmy Jenkins, and Glomgold once again gets his comeuppance for being a day late and a dollar short. There’s also some great action and comedy along the way. With that in mind, I do want to note that there is at least one absolutely unforgettable joke in this episode (see the embedded tweet above from series developer / producer Frank Angones), and that’s the one where Penny is trying to differentiate between the ducks they’re feeding popcorn to on the pier and the ducks that are her young anthropomorphized friends. It’s a very meta comment on the puzzling reality of Disney’s whole Mickey-and-Friends universe, but it fits right in among the irreverent humor that’s become one of DuckTales’ most recognizable trademarks in its current iteration. 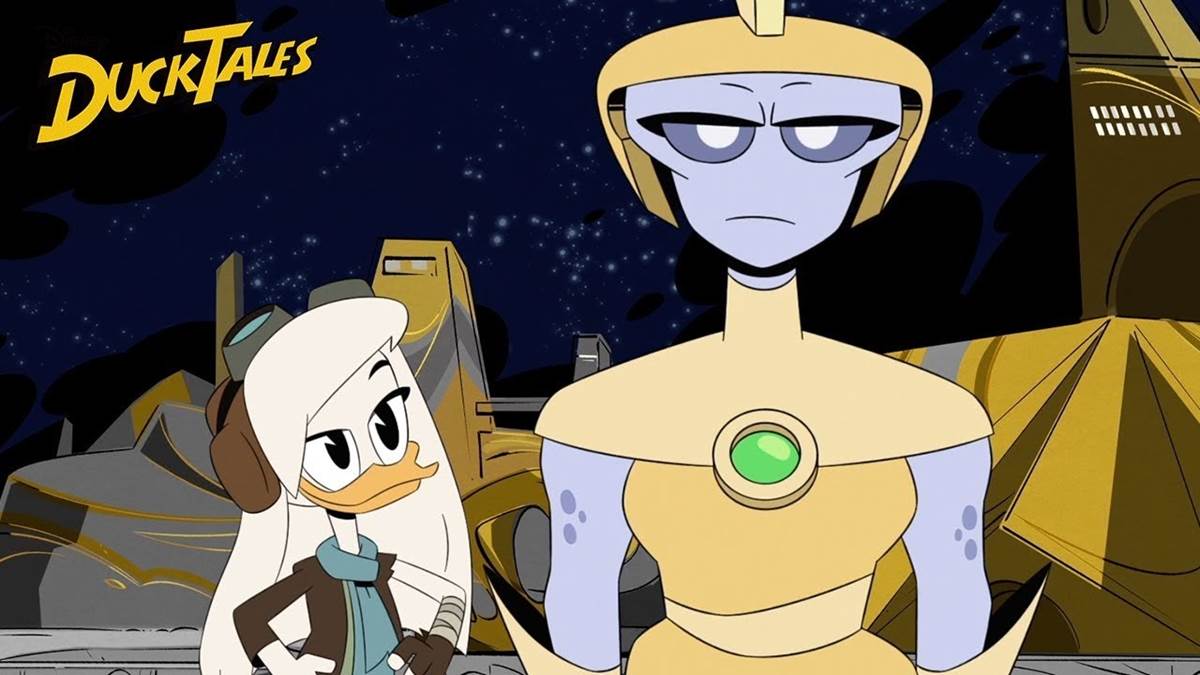