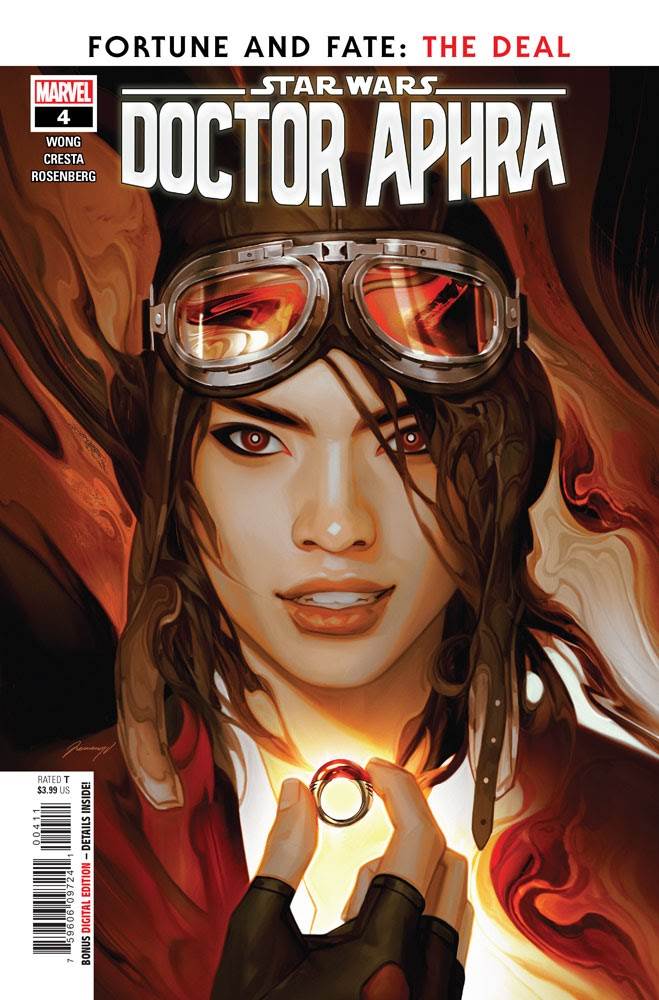 At the end of last month’s issue, Aphra and a couple of her teammates were double-crossed by two other members of the group that she accompanied to the eerily abandoned planet Dianth in search of the fabled Rings of Vaale. Now the turncoat assassin Just Lucky has trapped Aphra and her remaining allies (plus Detta Yao, the other traitor) in the Vaale catacombs, and they must find a way out before Lucky can deliver the Ring of Fortune to Ronen Tagge, a devious aristocrat who takes pleasure in being the last person to touch ancient artifacts before he destroys them. I’ve said in other recent reviews of this Doctor Aphra comic how much I appreciate that the series has returned to the character’s archaeological roots, continuing Aphra’s growing legacy as the Indiana Jones of the Star Wars universe. That trend continues in issue #4, as the good doctor and company must make their way through the catacombs while avoiding the siren call of the living city of Vaale’s built-in security system, which drives invaders mad through an aural attack on their brain waves. Along the way I’ve really come to admire the detail that artist Marika Cresta is putting into her work for this title. Her evocative background and landscape drawings have a terrific way of conveying the desolation and ominous nature of Vaale, while her renderings of the comic’s characters make them all individually unique in their facial expressions and physical tics. 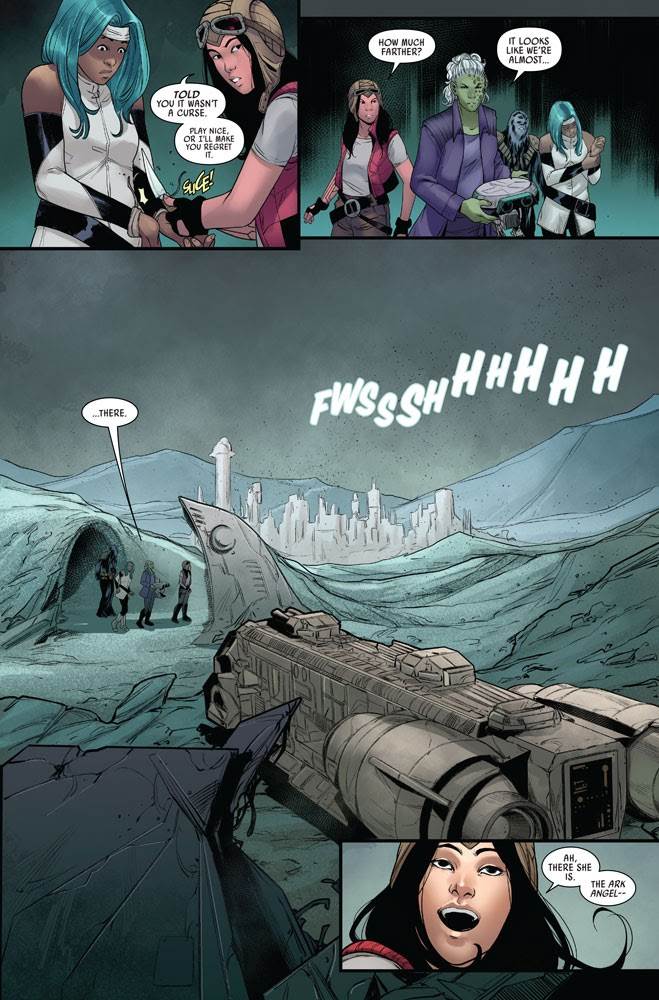 This issue serves as more of a transition between the exploration of Dianth and the inevitable confrontation with Tagge than an action-packed romp, but it’s still a tremendous amount of fun to see how the team gets from point A to point B, and to go along for the ride as Aphra and her mentor Professor Eustachia Okka make decisions that probably aren’t the safest bet, but will likely lead to the most interesting of all possible outcomes, both for them and for us, the readers. I also enjoyed seeing more of Canto Bight and its casinos– first introduced in 2017’s Star Wars: The Last Jedi— as Tagge has evidently settled into the planet Cantonica as his base of operations. “‘Fortune and Fate’ Part 4 – ‘The Deal’” ends with a cliffhanger of sorts, as Aphra, Okka, and Black Krrsantan initialize a plan that will hopefully give them the upper hand against their antagonists, as the now-captive Detta tags along. With many of the chess pieces in place for the final chapters of this arc, it will be very interesting to see how things play out and whether our plucky antihero can get her hands on either or both of the Rings of Vaale before the dust settles on this escalating conflict. Writer Alyssa Wong has done a great job of pacing out this story so far, and I’m expecting exciting things from the upcoming climax.