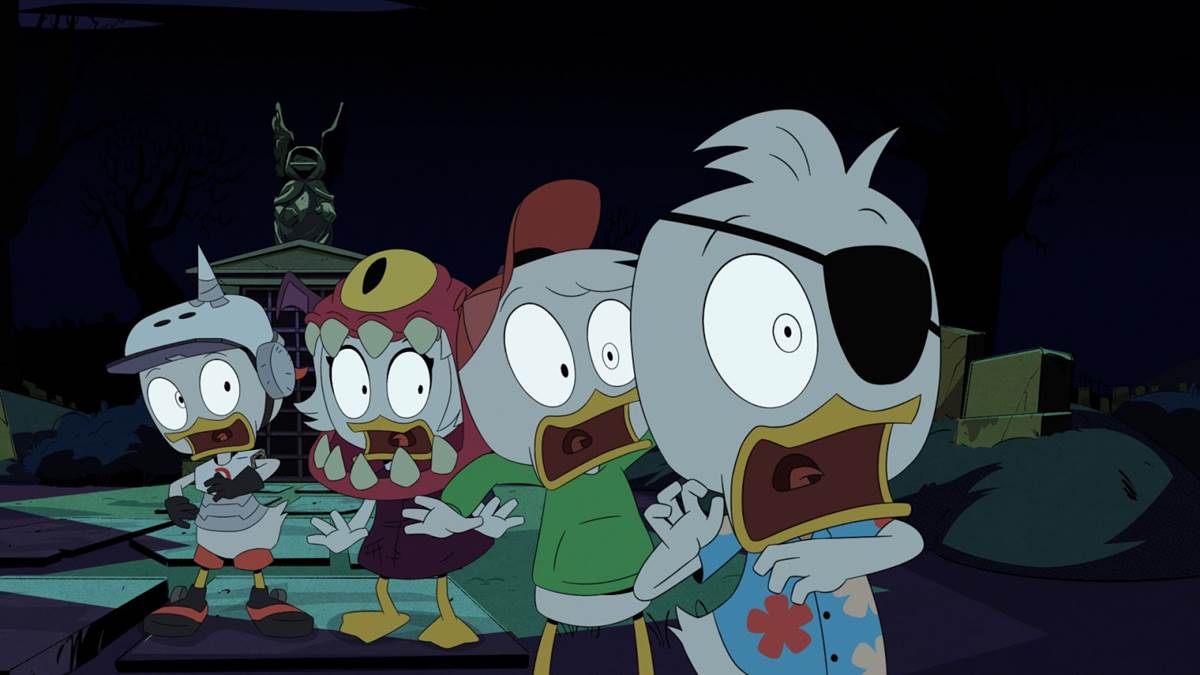 The Halloween episode is a long-standing tradition on both animated and live-action television series, so it was only a matter of time before Disney XD’s current DuckTales reboot got around to tackling it– and of course the irreverent and often wonderfully clever show succeeds with flying colors.

“The Trickening!” begins with Huey (voiced by Danny Pudi), Dewey (Ben Schwartz), Louie (Bobby Moynihan), and Webby (Kate Micucci) preparing for a night of trick-or-treating while dressed as Gizmoduck, a pirate on vacation, his own brother Huey, and an obscure mythological monster, respectively. Meanwhile, Uncle Scrooge (David Tennant) declares McDuck mansion closed for Halloween. He locks the gates and puts out an empty candy bowl as he himself intends to retain his record of most “spoils” collected on Halloween night by heading out in a rather frightening glow-in-the-dark skeleton costume.

The nephews and Webby set out on a meticulously planned evening thanks to Huey’s Junior Woodchuck-inspired mapmaking skills, but wind up investigating a local haunted house instead. Legend has it that decades’ worth of candy from Halloweens past has been collected by whatever malevolent spirits reside in this creepy abode, and the companions are intent on discovering this treasure trove of sweets in order to claim it for themselves. Across town, Donald Duck (Tony Anselmo) and his sister Della (Paget Brewster) visit Launchpad McQuack (Beck Bennett) in lieu of being able to enjoy Halloween at the mansion.

In a pretty hilariously conceptualized b-story, it turns out Launchpad doesn’t quite understand the premise of Halloween, believing it to be a curse he started as a child by venturing into the very same haunted house the nephews are trapped in. And while Donald and Della (dressed appropriately as an angel and a devil) argue over whether to help Launchpad see reality or take advantage of his ignorance, the kids face room after room of spooks, creatures, and conjurings in their quest to claim the candy bonanza. There’s something of a twist ending to their adventure, and the three parallel plots culminate with all of our main characters on a collision course for supernatural silliness. Though “The Trickening!” undoubtedly qualifies as DuckTales’ definitive Halloween outing, the scares are never more bone-chilling than your average Disney Channel or Disney XD series are usually willing to push them. The episode does come jam-packed with a cavalcade of chuckle-worthy references to pop-culture horror touchstones like The Shining, It, The Ring, Saw, Friday the 13th, The Texas Chainsaw Massacre, and more. But I can’t imagine most kids being disturbed by these allusions, and they’re mostly intended for parents watching along (among other adult fans) to appreciate anyway. Regardless, I think this incredibly gun installment will inevitably join the ranks of heavily rewatched Halloween specials as years go by and it becomes available on streaming services like Disney+. Because who wouldn’t want to spend all of their favorite holidays with the Duck / McDuck family and friends? 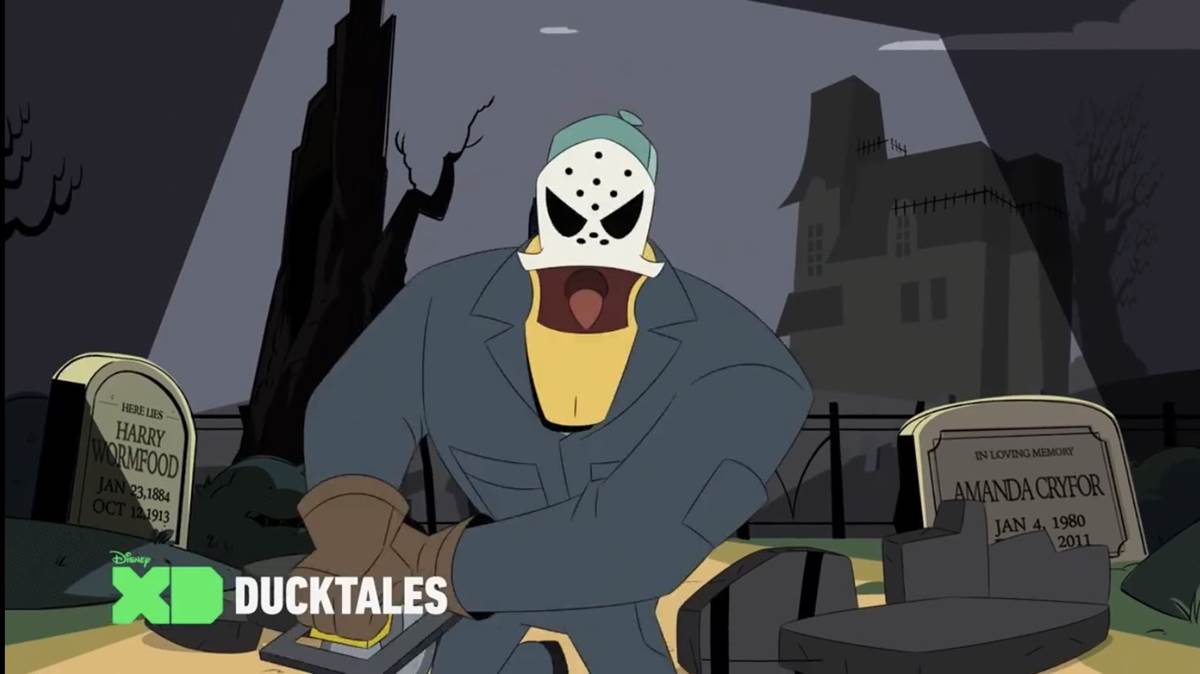