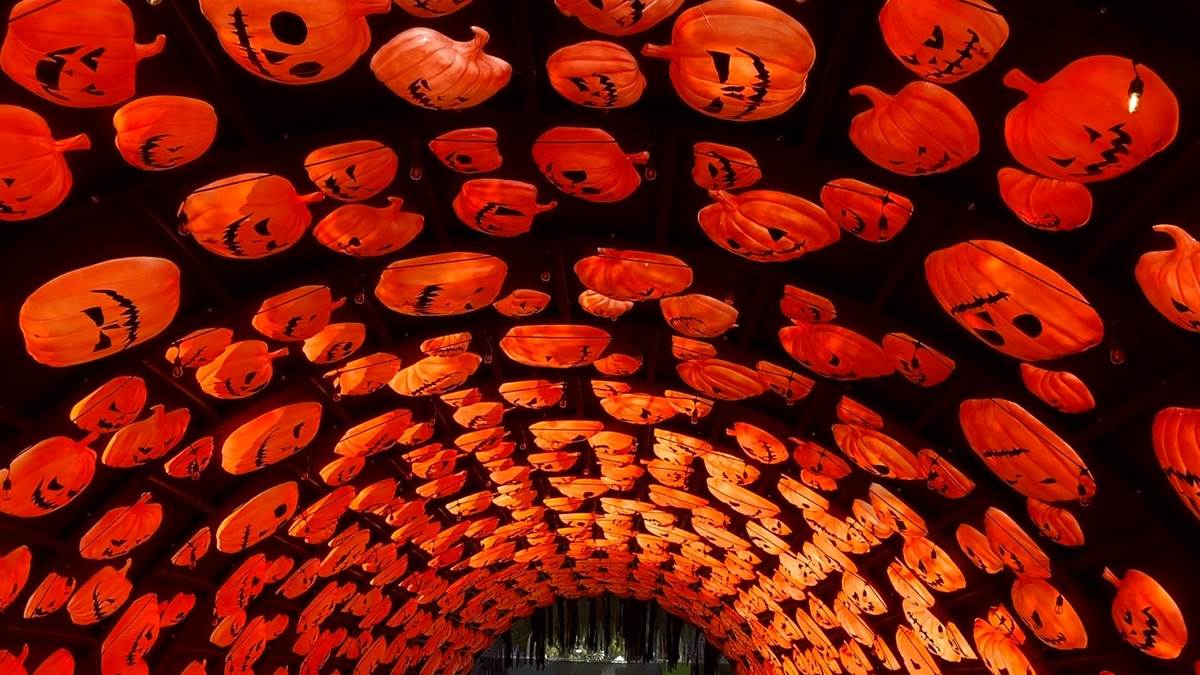 It’s still a very unusual Halloween season here in Southern California, but locals do have a few options as far as places to get their fill of ghouls and goblins this October. One such event is called Haunt ‘O Ween LA, located in the Woodland Hills area of San Fernando Valley within the city of Los Angeles.

Haunt ‘O Ween LA is partially sponsored by the Disney-owned FX Network, and is called a “Family-Friendly Halloween Drive-Thru Adventure” on its official website. The experience is made up of a number of distinct sections, all of which are tied together by an overall seasonal theme. In the video below, I shot and edited together most of the highlights from our daytime trip though Haunt ‘O Ween LA.

Upon arriving at the designated location for Haun ‘O Ween, we followed a series of signs that led us to a queue of cars already starting to form. 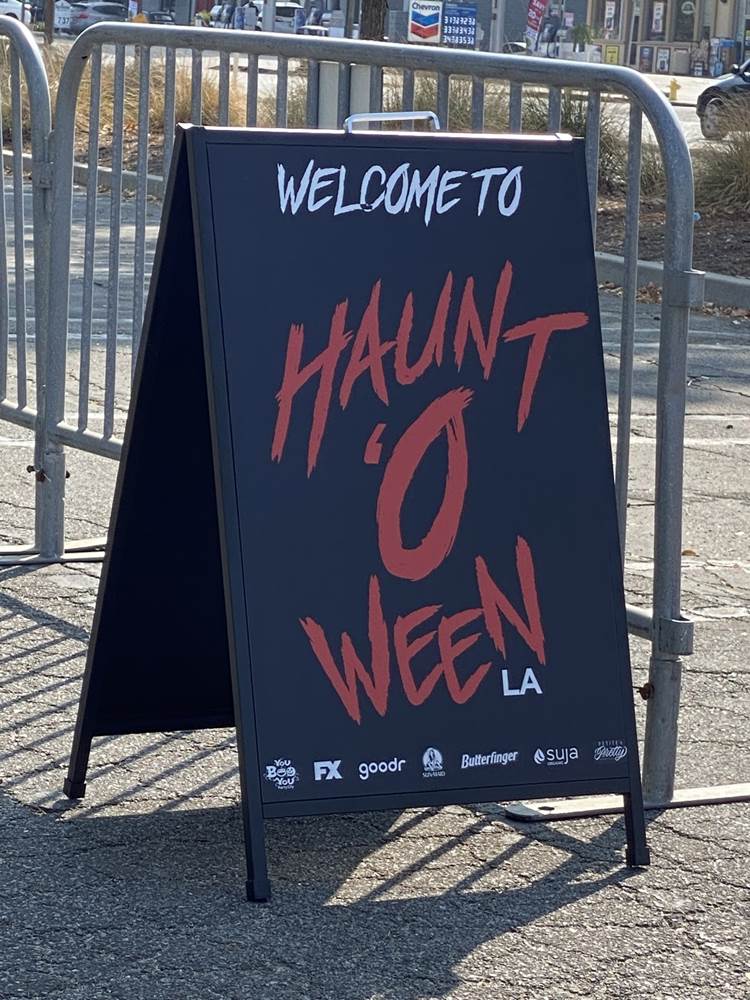 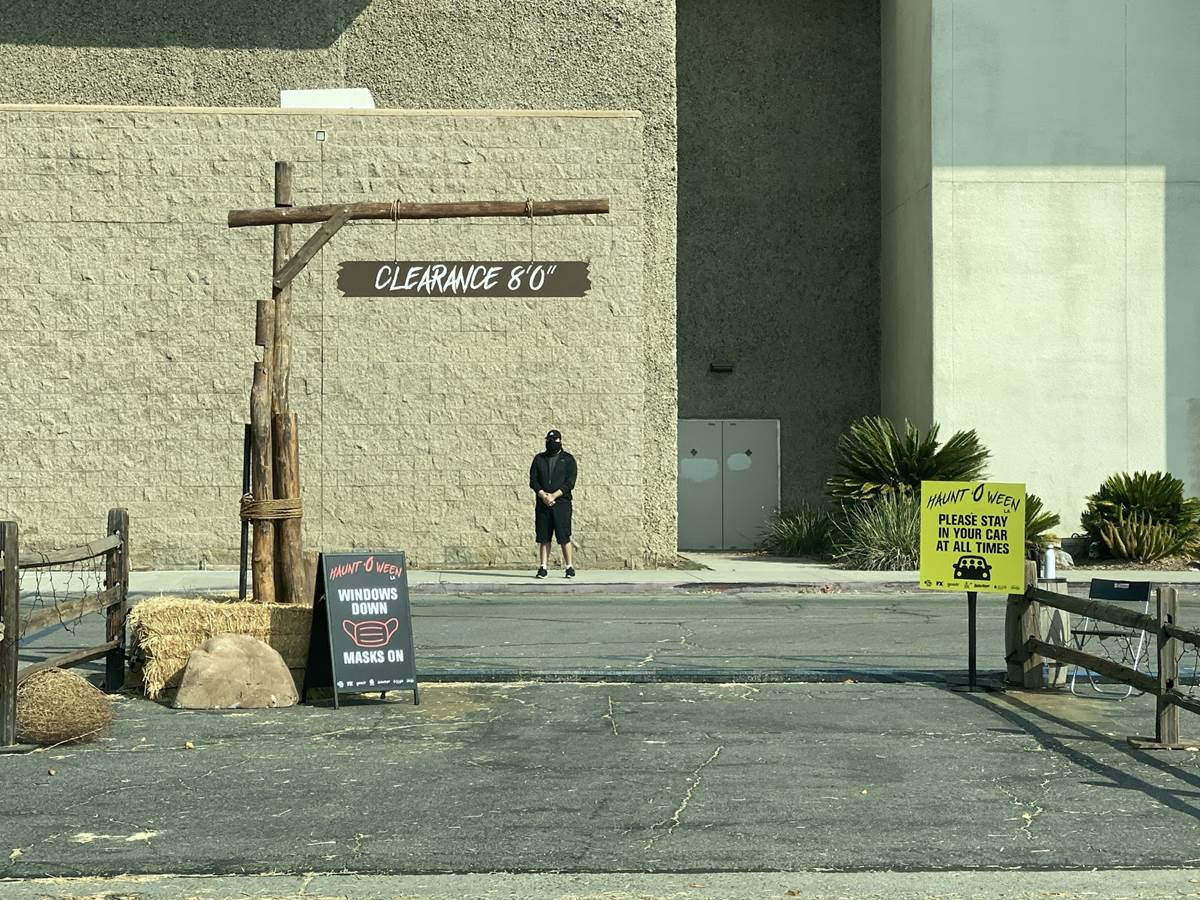 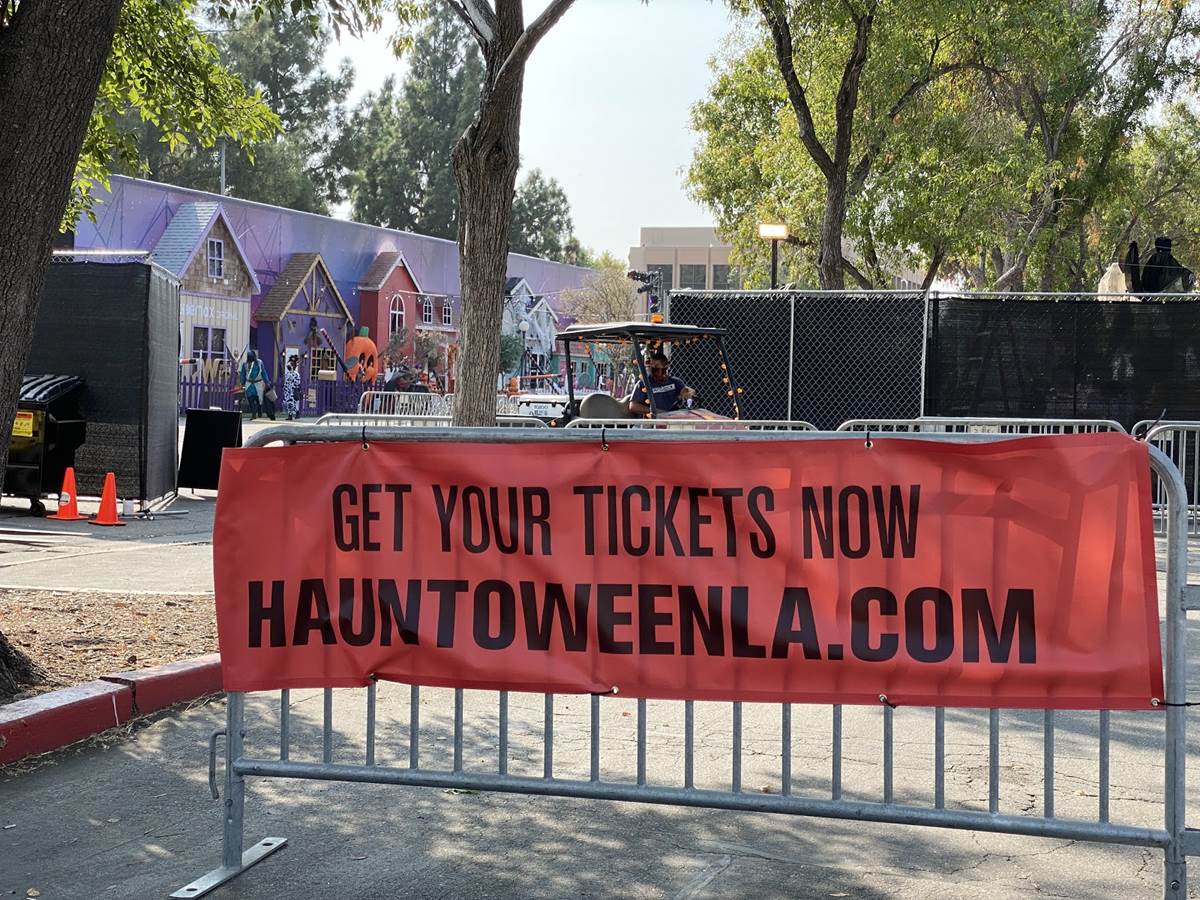 The “Grand Entrance” of Haunt ‘O Ween LA features a pretty cool Jack-O-Lantern Tunnel, followed by a tribute to FX’s acclaimed vampire sitcom What We Do in the Shadows in the form of another tunnel decked out with the key art from the show’s second season. Up next is the “Pun-Kin Patch” packed to the brim with festive orange gourds, plus the “Pumpkin ‘Picking’” spot where employees will provide guests with their own plump would-be jack o'lantern (additional pumpkins are also available for purchase). 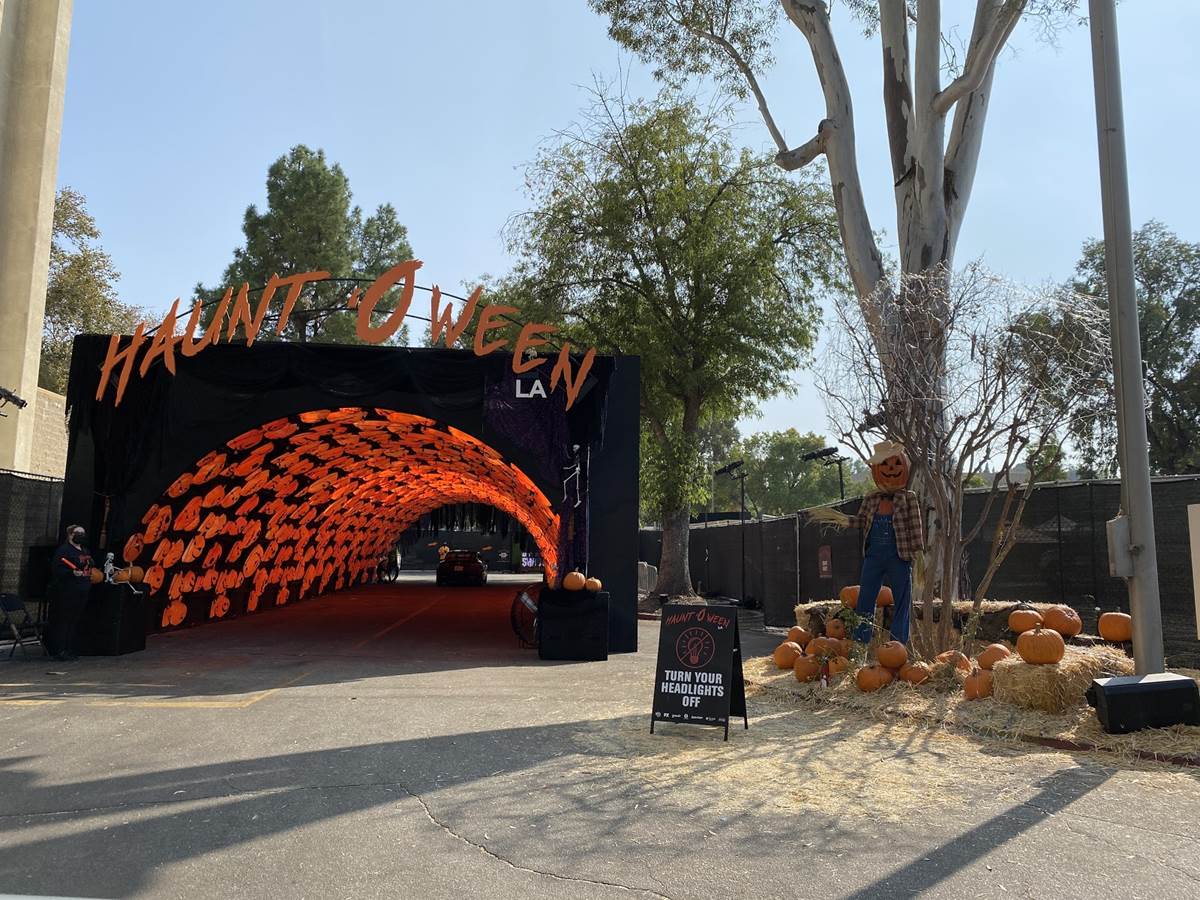 Other highlights of Haunt ‘O Ween include a “Skeleton Loop” decorated with dozens of bony friends, and the “Town of Hauntoween,” where your car will make trick-or-treat stops along two rows of suburban houses. The latter was probably the most fun part of the event, as it necessitated interactions with a series of colorful characters dressed for the occasion in a variety of Halloween costumes. 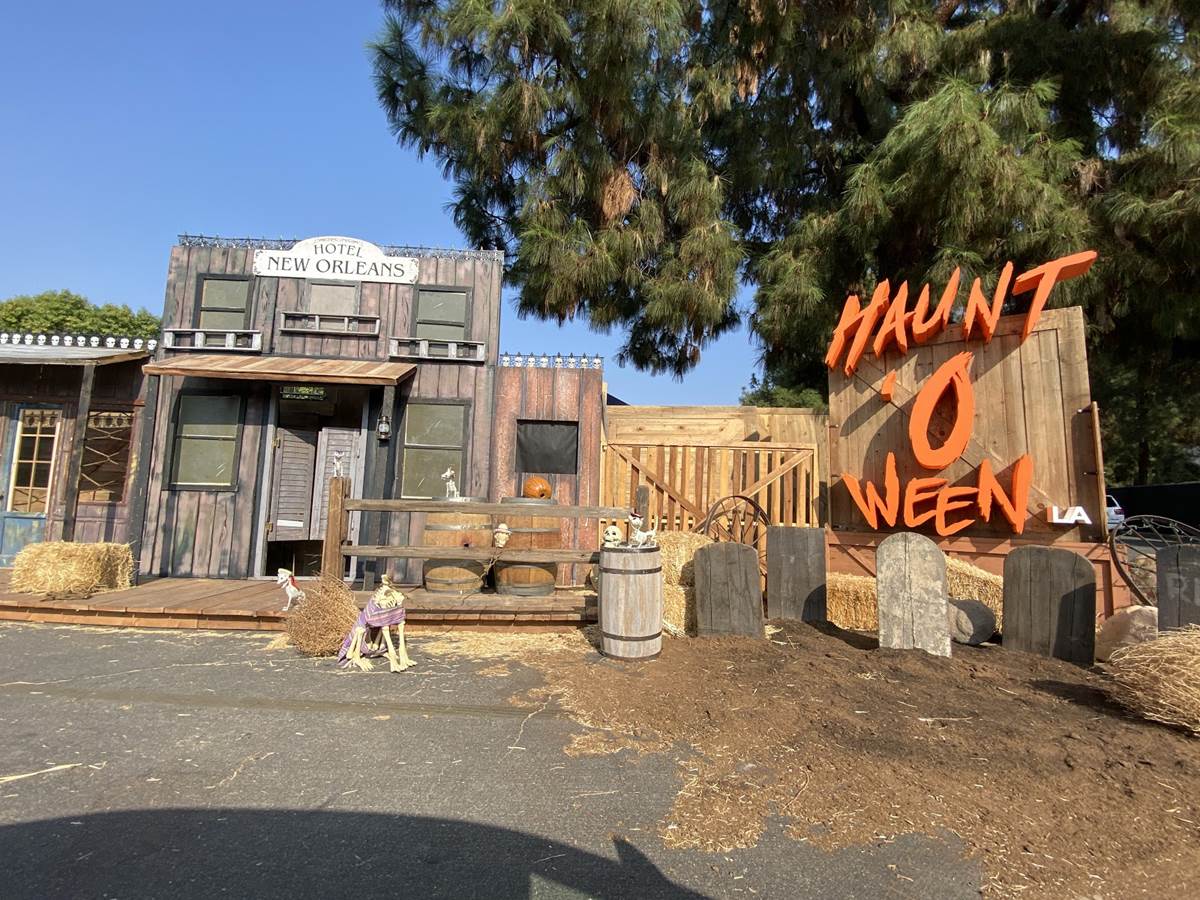 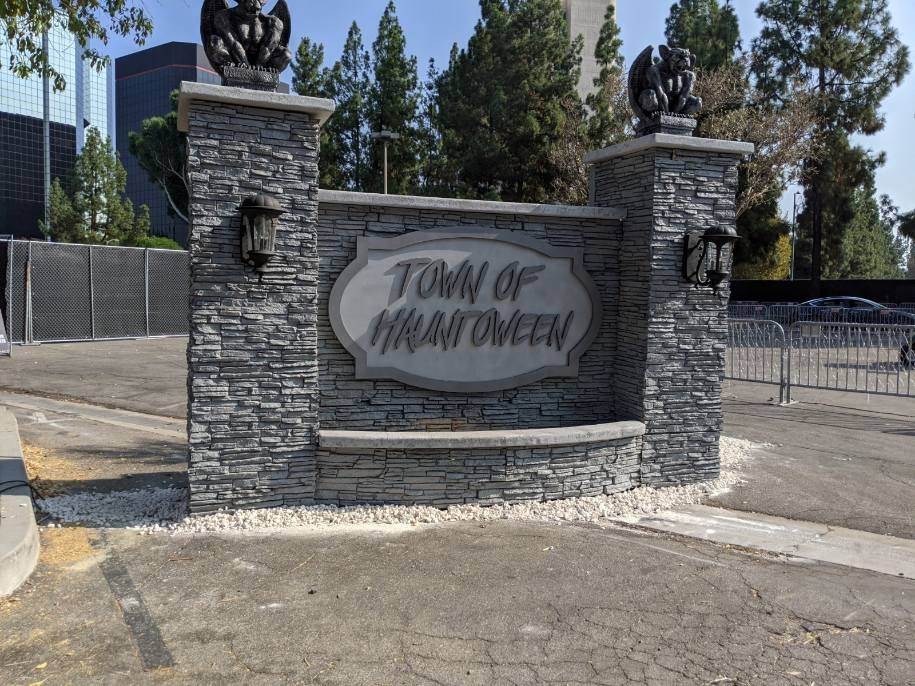 Haunt ‘O Ween LA takes place from now through October 31 in Woodland Hills, California. For more information and to purchase tickets for the event, be sure to visit its official website.