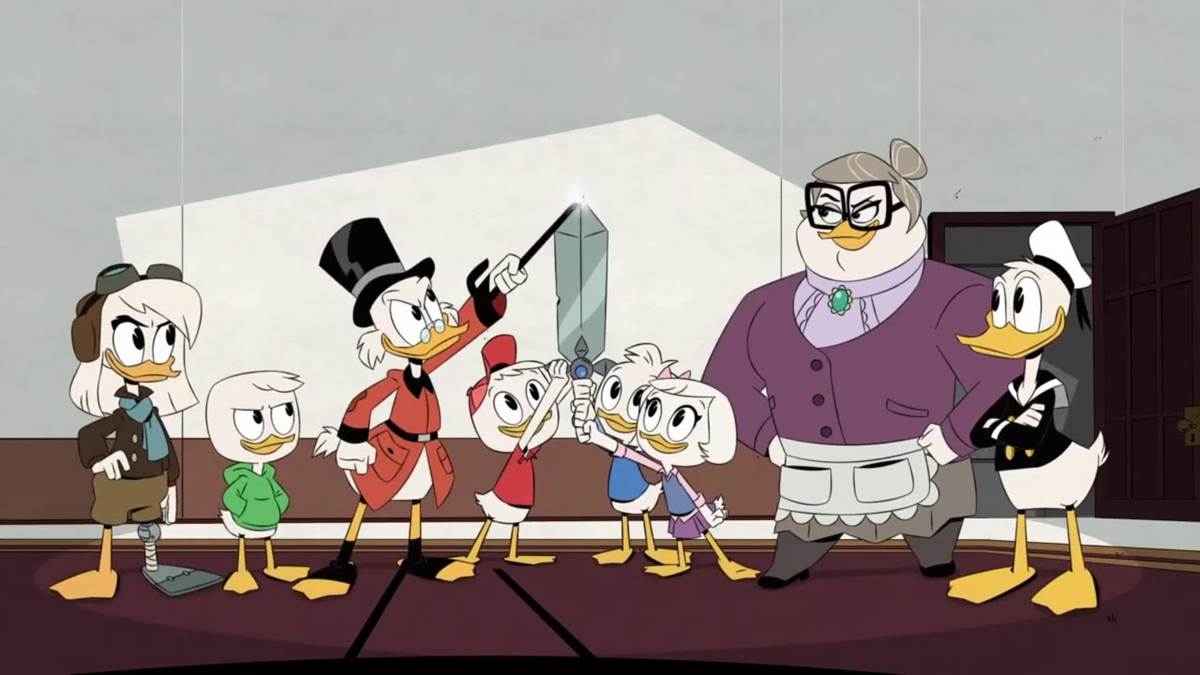 In the latest episode of Disney XD’s fantastic DuckTales reboot– entitled “Escape from the Impossibin!”– a wave of paranoia has swept over McDuck Mansion after last week’s reveal that Chairman of the Board Bradford Buzzard (voiced by Marc Evan Jackson) has been working with the evil criminal organization F.O.W.L. to infiltrate the Duck family and steal Uncle Scrooge’s (David Tennant) fortune. 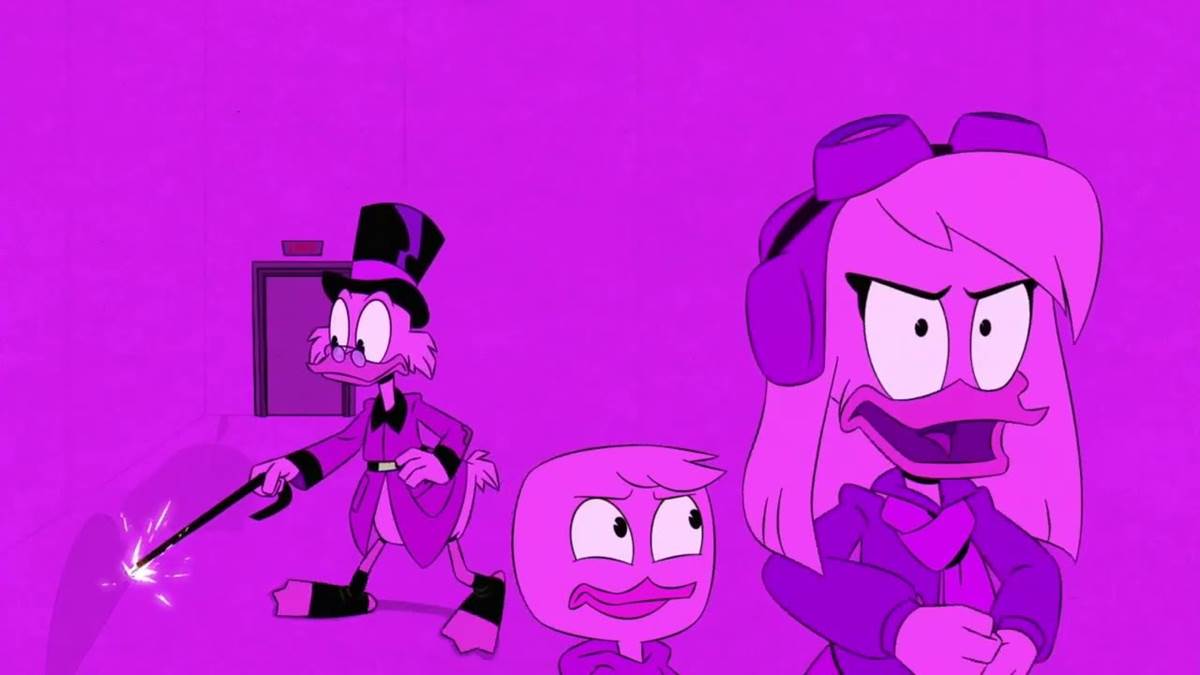 What follows is a sequence of escalating action and comedy setpieces, one after another, that highlight each group’s abilities to adapt to and overcome these scenarios. At the mansion, Webby is tasked with catching the nephews by surprise, which she of course does over and over again with ease. It turns out her spy skills are beginning to rival her grandmother’s, which is why that particular storyline ends with a faux-showdown between the two on the roof of the building. At the Money Bin, Scrooge forgets his own password to the security system and locks himself out of giving it commands, which means he and his two relatives locked inside must find a way out while surviving its increasingly deadly booby traps. 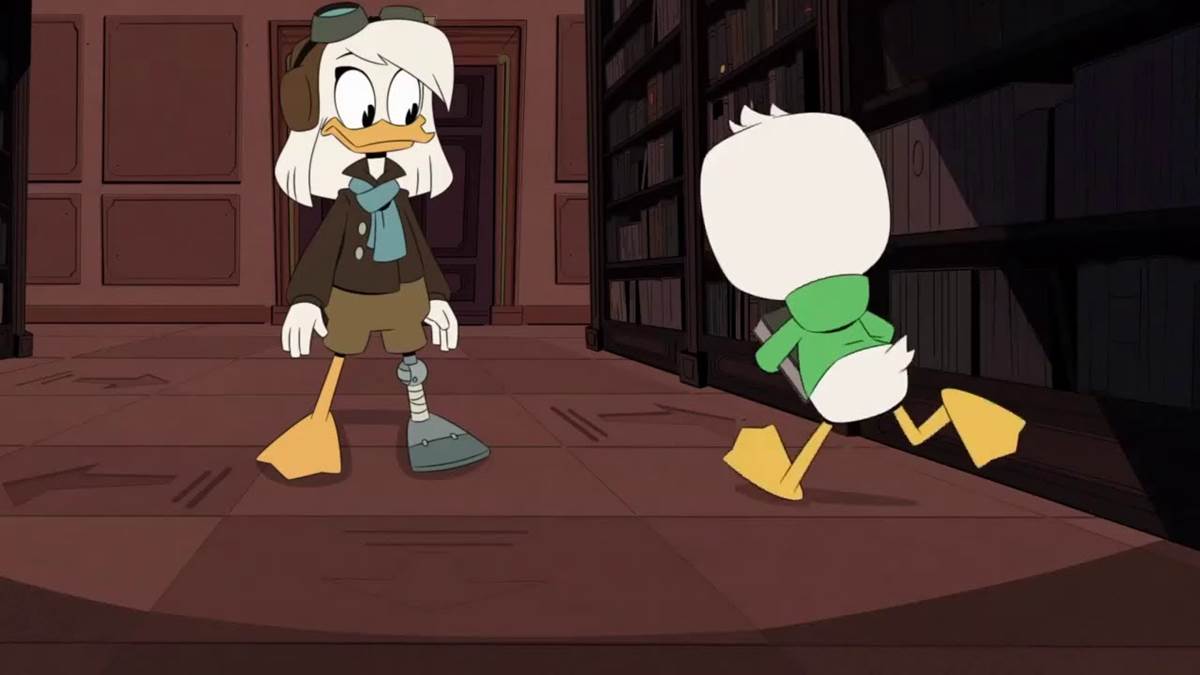 “Escape from the Impossibin!” is a terrific showcase of DuckTales’ kinetic animation and clever writing, both of which have improved with each successive season as the series has settled into itself and continued to find its own unique voice. The episode culminates in a battle between Scrooge McDuck and a Scrooge McDuck robot (with at least one hilariou nod to the beloved DuckTales video game) and a reminder that when the family works together they can stand up against just about any foe. There’s also a cameo-heavy cliffhanger that sets up the second half of season three, as the Duck clan continues its quest for Isabella Finch’s “Missing Mysteries” and prepares itself for a final confrontation with F.O.W.L., which I’m sure will take place sometime around the season finale. It’s going to be an exciting ride to that point. 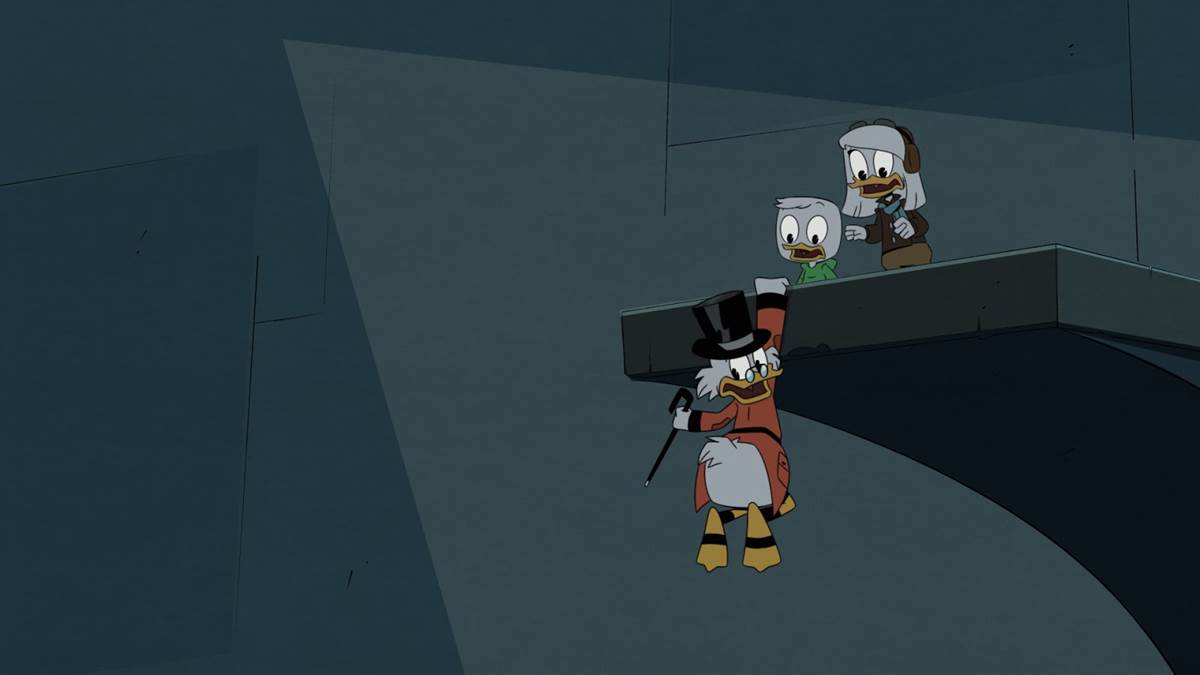 Next week: “The Split Sword of Swanstantine!”