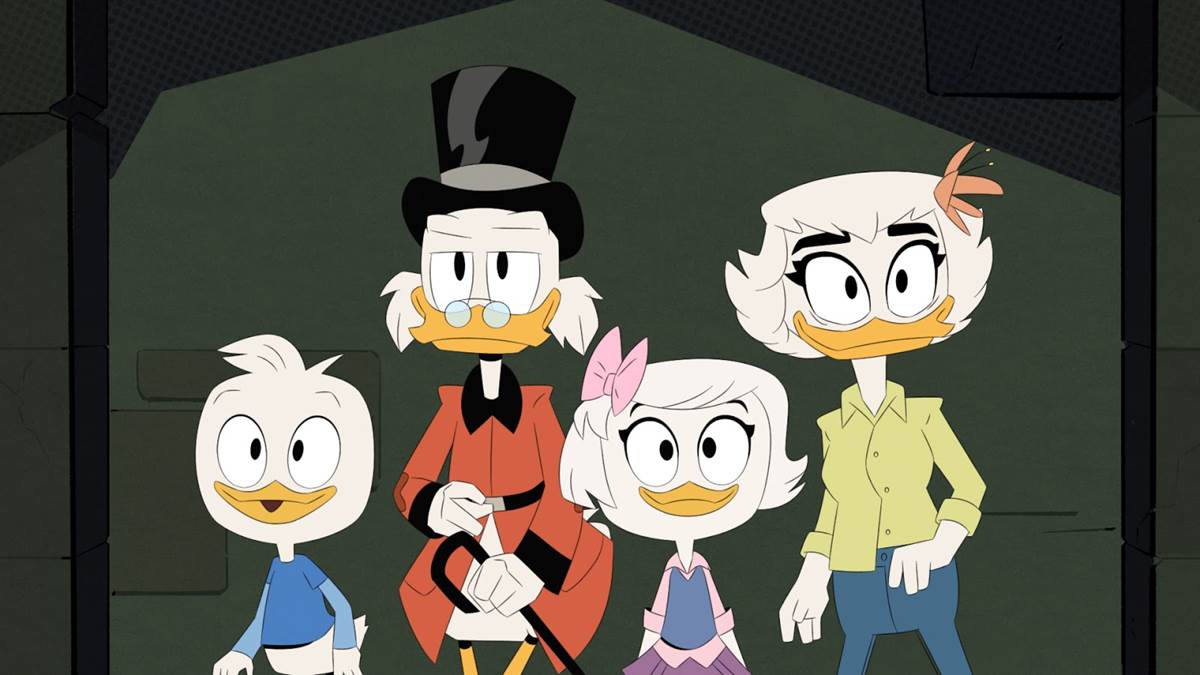 Our heroes last visited Dismal Downs, Scotland near the end of the show’s first season, so the nephews figure they’ve already conquered the castle’s eerier enigmas and have now set their sights on solving another “Missing Mystery” by retrieving the legendary Blessed Bagpipes of Clan McDuck. 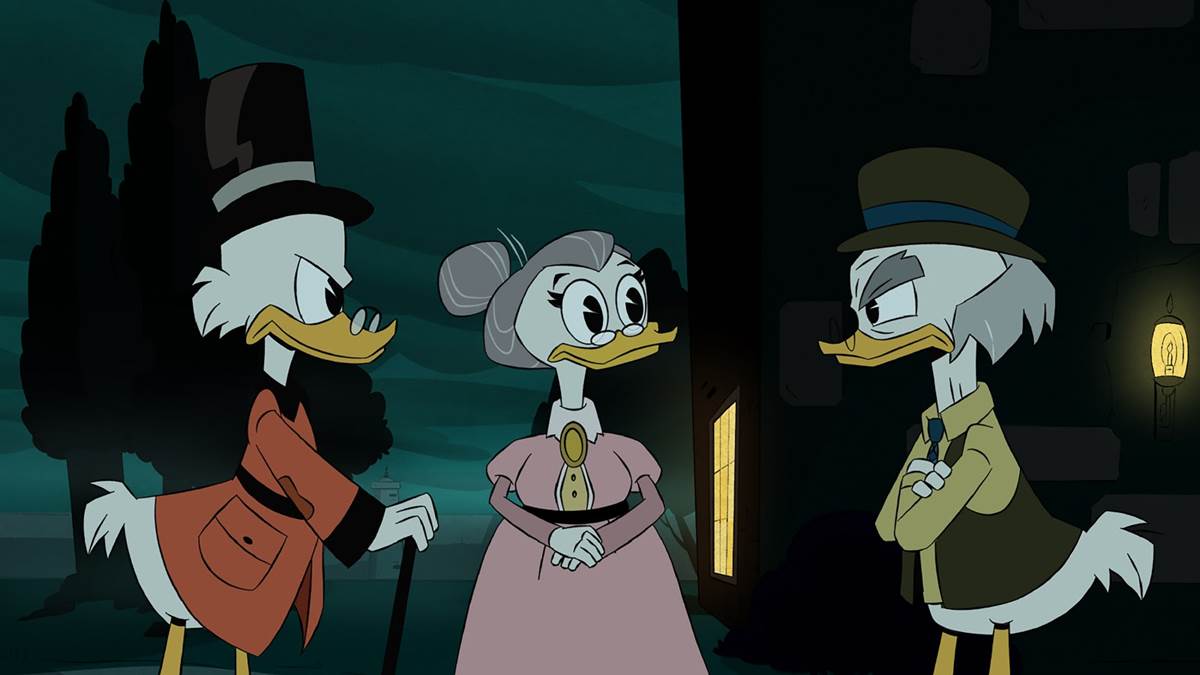 That particular quest is complicated, however, by Scrooge’s ever-contentious relationship with his father Fergus (guest star Graham McTavish of Peter Jackson’s The Hobbit film trilogy), mother Downy (Ashley Jensen of Arthur Christmas), and visiting emu-entrepreneur sister Matilda (Michelle Gomez of Doctor Who, though not the David Tennant years). As if that weren’t enough trouble, two agents of F.O.W.L. are also in pursuit of the mystical bagpipes: The Phantom Blot and Egghead Pepper (The Mandalorian recurring cast members Giancarlo Esposito and Amy Sedaris), and they’ve taken to following Huey and Louie around the castle as they decipher the clues in Isabella Finch’s journal. 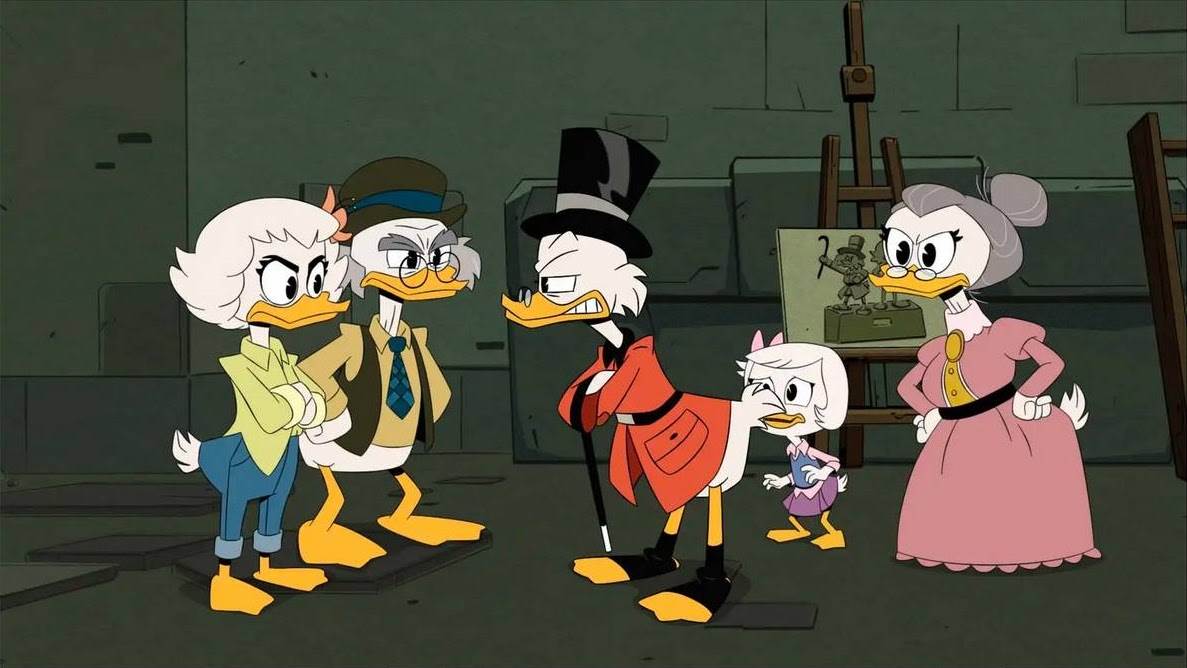 It turns out the Blessed Bagpipes have the power to bring to life otherwise inanimate objects, and the continued family squabble allows the Blot and Pepper to accidentally invigorate several statues of McDuck ancestors lining the castle’s great hall. Soon, the contemporary clan members realize they have more in common with their forebears than they had previously suspected, and a cacophonous clash of competitors attempt to gain control of the bagpipes and bring the feud between family members to an end once and for all. It’s always fun (for both the viewer and Webby) to learn more about clan McDuck’s history and genealogy, and this episode saw some clever writing and a lot of terrific interplay between this iteration of DuckTales’ increasingly excellent ensemble cast.

Next week: “How Santa Stole Christmas!”