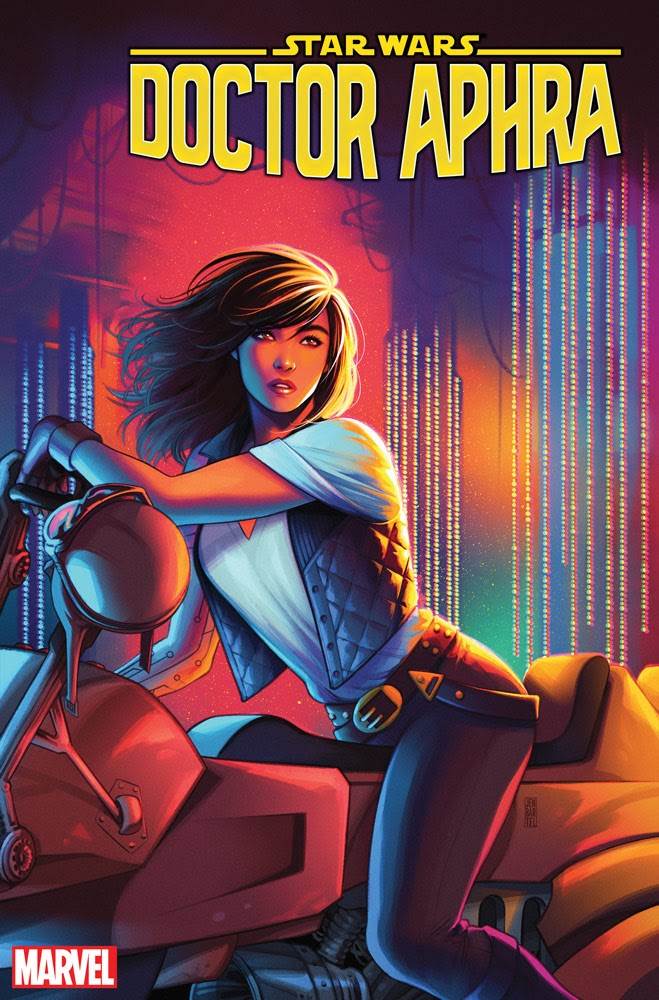 In part one of “The Engine Job,” sub-titled “Headhunted,” Aphra finds herself held captive by insectoid bounty hunter Kharrek and permanent pain-in-the-side assassin Just Luck, who are taking her to newly introduced villain Lady Domina Tagge, aristocratic aunt of Ronen Tagge, who served as the antagonist of this series’ first arc. 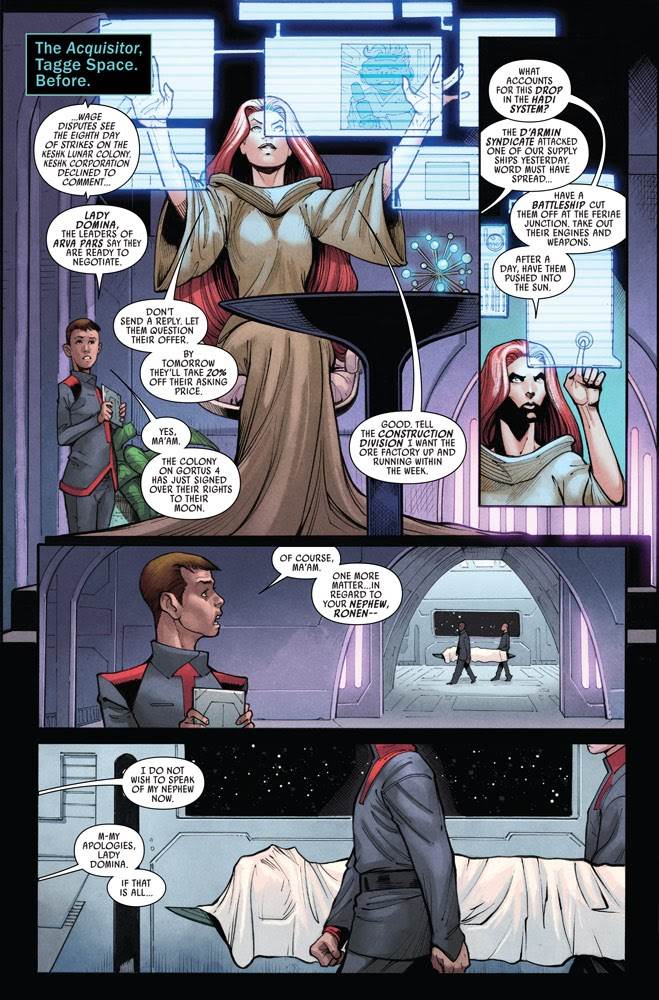 We then flash back to a series of events depicting just how exactly Dr. Aphra wound up in this mess, with Domina declaring a 20,000-credit bounty on Chelli, though she insists she’s brought in alive. Naturally, this causes a swarm of bounty hunters to descend on Aphra, including her sometimes-ally Black Krrsantan, who she can’t blame for taking the job at such an impressive rate. But Chelli manages to hotwire a speeder and make her escape, only to be shot down and captured by Lucky and Kharrek. That brings us to the “present” and the two hunters delivering Aphra to Tagge, though there are quick bits of clever turnabout on both sides before Lady Domina makes her true intentions known. 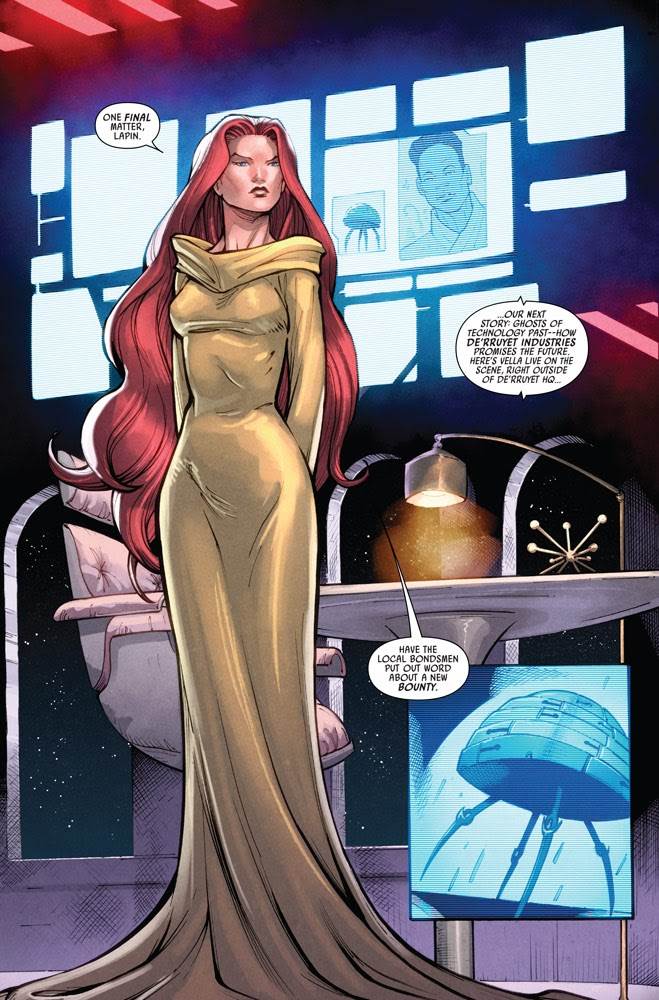 It turns out that Domina only seeks to enlist Aphra, having been impressed by her prowess, in stealing a piece of technology dating back to the High Republic era (in another nice example of Star Wars’  intra-franchise cross-pollination) from a galactic engineering firm called De’rruyet Industries. Chelli agrees to the terms, but only if she, in turn, can employ her on-again-off-again flame Sana Starros, who appears on this issue’s primary cover but doesn’t show up in the contents until the final page. Still, it’s a fun setup to what I’m sure will be a characteristically contentious adventure in the months to come. Speaking of which, Star Wars: Doctor Aphra is evidently taking the month of December off, and the next issue isn’t set to hit comic shops until late January. Until then, I’ll look forward to reading more from talented writer Alyssa Wong and expressive current artists Ray-Anthony Height and Robert Gill. 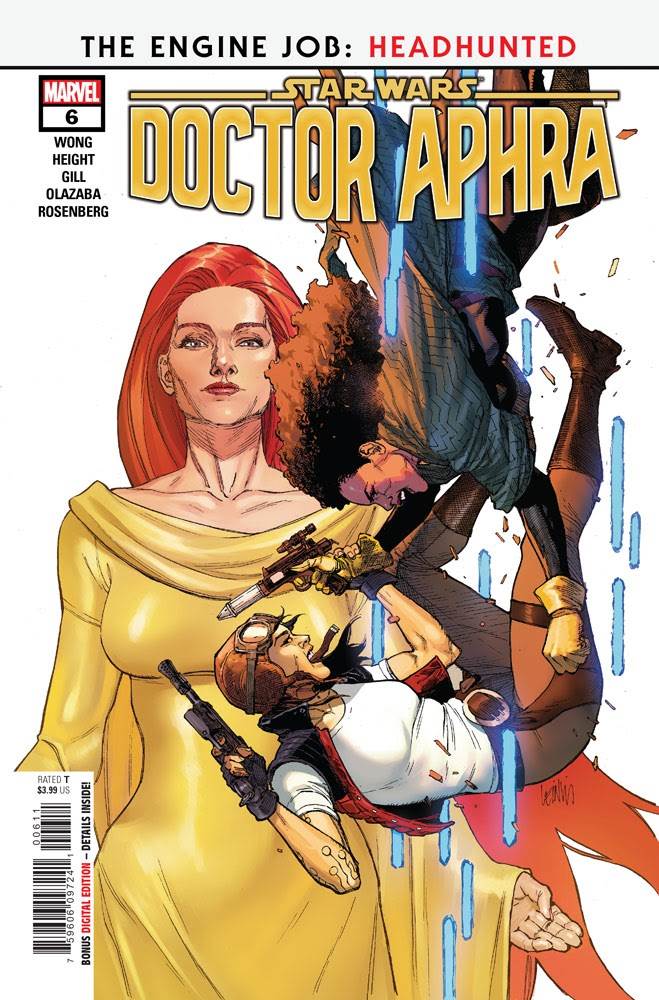