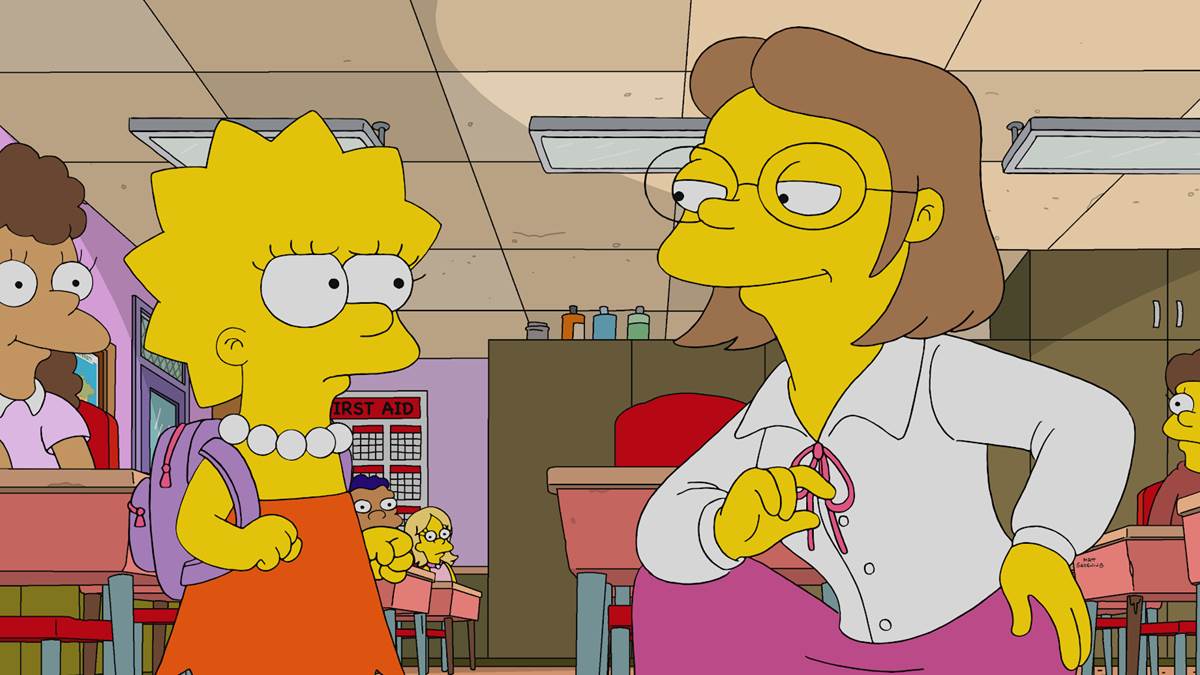 Hello and welcome to Laughing Place’s regular recap of new episodes of The Simpsons on the FOX Network. This week’s installment is the ninth episode of the long-running animated sitcom’s 32nd season, entitled “Sorry Not Sorry.”

Chalkboard gag: “I will not put laxatives in Santa’s Cookies.”

Couch gag: The Simpson family are ghosts and Homer is Pac-Man, chasing them around a bird’s-eye view of the living room in low-resolution graphics until Ned Flanders gets in the way. 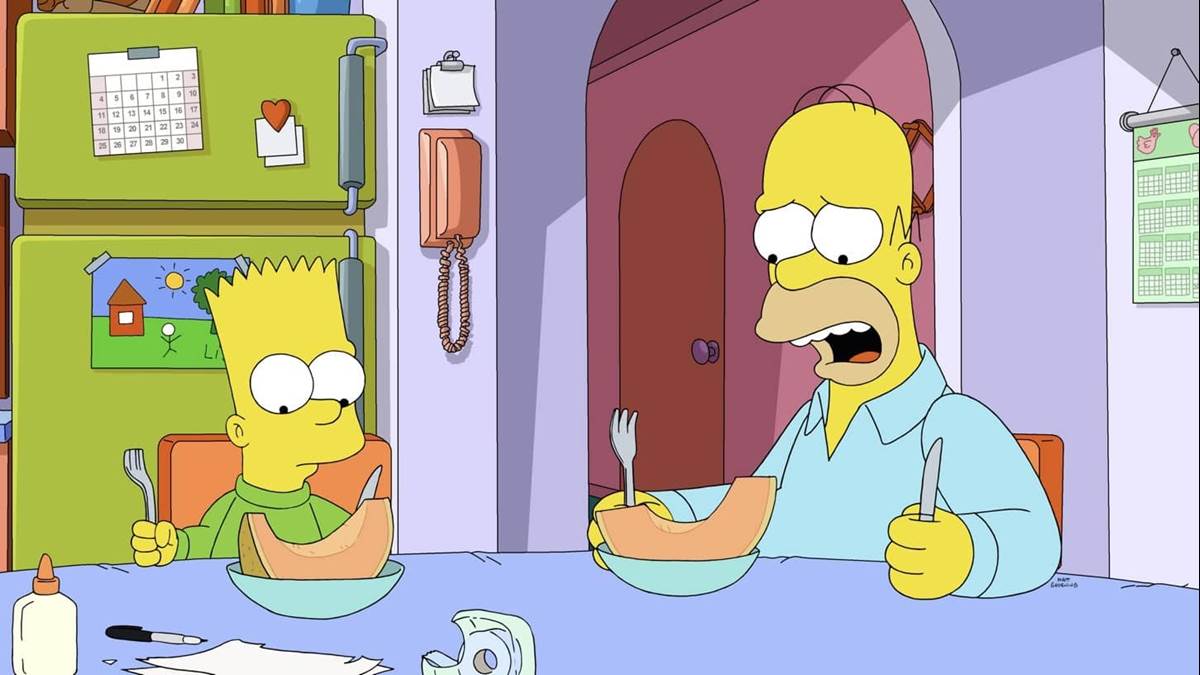 The episode opens with Lisa (voiced by Yeardley Smith) chatting with Homer (Dan Castellaneta) on the roof of their home. Apparently she’s been having trouble with Miss Hoover (Maggie Roswell) at school, but Homer doesn’t remember what the issue is, so we flash back to several weeks earlier as the family is getting ready for their day. Marge (Julie Kavner) is trying to get the other to eat more fruit instead of animal fat, but Homer just responds by adding gravy to a melon. Bart (Nancy Cartwright) starts messing with Lisa’s satellite mobile for her school project– a tribute to mathematician Gladys West, who helped bring about the age of GPS. Homer doesn’t care for the invention because it helped him find Patty and Selma’s birthday party. “Curse you, Gladys West!”

On the bus, Lisa dreams of being accepted to Yale based on her project. When she arrives in class, she finds Miss Hoover laid out on the floor with a strained back, running the classroom via a tablet. The students present their projects based on “Who Inspires You?” and Lisa’s includes a rap about Gladys West. Nelson (also Cartwright) break-dances and Groundskeeper Willie (Castellaneta) boogies with his rakes, while Miss Hoover grows impatient. Lisa plays her mobile and a macaroni sculpture of Gladys West on Hoover’s desk and receives a B- for her efforts– the same grade as Ralph Wiggum (Cartwright again). It turns out Miss Hoover had used a “select-all B-” option on her tablet, and Lisa gives her teacher a piece of her mind, calling her an “uninspiring hack.” Hoover demands that Lisa apologize, but she refuses and gets sent to detention. Willie takes Lisa’s possessions as she checks into detention, including “one-quarter ounce of marijuana.” “Those are pencil shavings.” Lisa enters the detention hall to find Springfield Elementary’s usual band of miscreants serving time. The bullies start picking on her until Bart intervenes, threatening them with a stink bomb. Bart gives Lisa a tour of detention as though it’s a prison. Lisa tries to greet Ms. Timberwood, the detention monitor, who pretends not to know her. At home, Lisa is distraught. “I don’t want to live in the world above the covers,” she mopes. Marge admits that Miss Hoover wasn’t very nice, but also says that Lisa wasn’t very nice either. She encourages her to apologize. “Women say ‘I’m sorry’ constantly,” Lisa rebuffs.

The next day, Lisa has a vision of her getting rejected from Yale for not apologizing, but back in the present she still refuses to give in to Miss Hoover. We cut to Lisa in detention again, “freshening up” her magic marker tattoo. In the car, Marge says it feels funny driving Lisa home from detention and offers her daughter an app that will help her apologize. She attends a class with Krusty the Clown (Castellaneta), Comic Book Guy (Hank Azaria), and a couple other Springfield citizens. “I will not judge someone until I walk a mile in their shoes,” she learns, though her classmates don’t catch on as quickly. At school, Lisa sees Miss Hoover catching a bus home from work and follows her. Hoover stops at a run-down convenience store and purchases a scratch-off lottery ticket. She doesn’t win anything and her quarter breaks, so she continues home to her dilapidated apartment building. 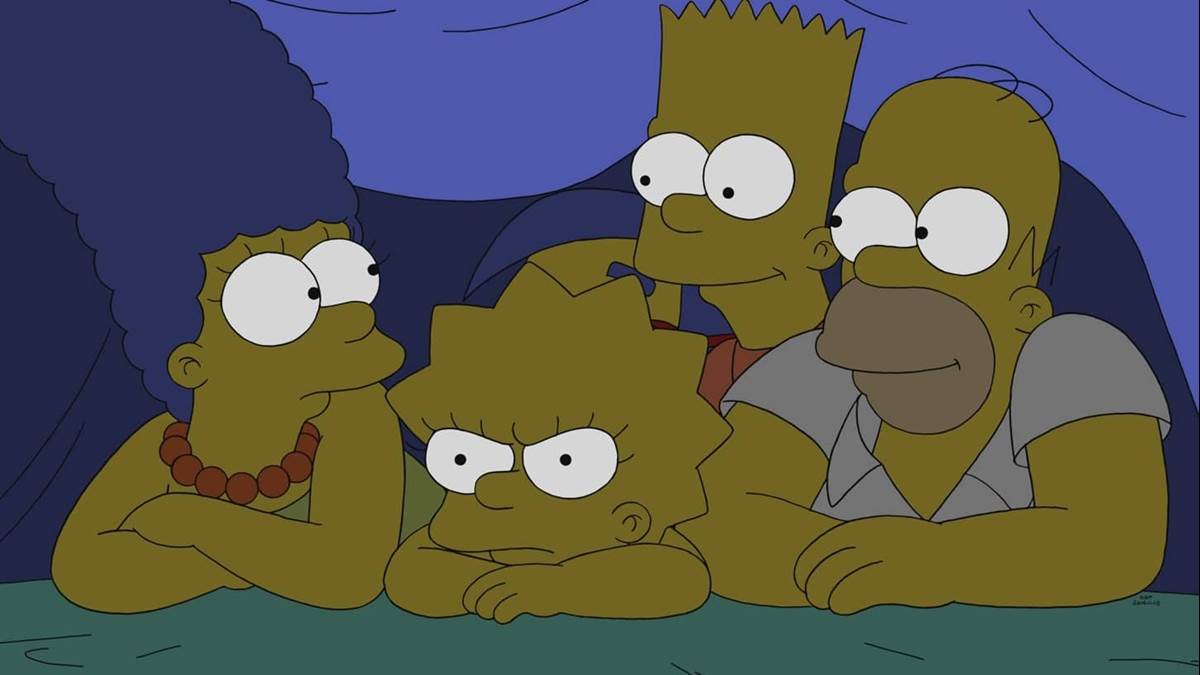 The building superintendent allows Lisa inside, where she overhears Miss Hoover begging her cat not to eat her when she dies. “There’s a great blues song in here, but I don’t know what it is,” Lisa says to her reflection. “Don’t drag us into your problems,” says a vision of Bleeding Gums Murphy. At home, Lisa smashes open her Yale piggy bank, sobbing “Goodbye, college fund.” She takes her cash to a pawn shop run by Sarcastic Man and buys Miss Hoover a recliner to help with her back. She presents her teacher with the gift and apologizes, but Hoover doesn’t accept. Back on the roof, Homer is trying to help Lisa interpret the lesson from her troubles, to no avail. They’re soon joined by the rest of the family, who aren’t much help either. The next day Lisa and Miss Hoover settle their differences and we flash forward to Lisa trying to study at Yale, but she’s distracted by the a cappella group singing outside her dorm. Homer dreams of being a World War I flying ace while laying on the roof, Snoopy-style, and over the credits we see a slideshow of the other kids’ school projects. 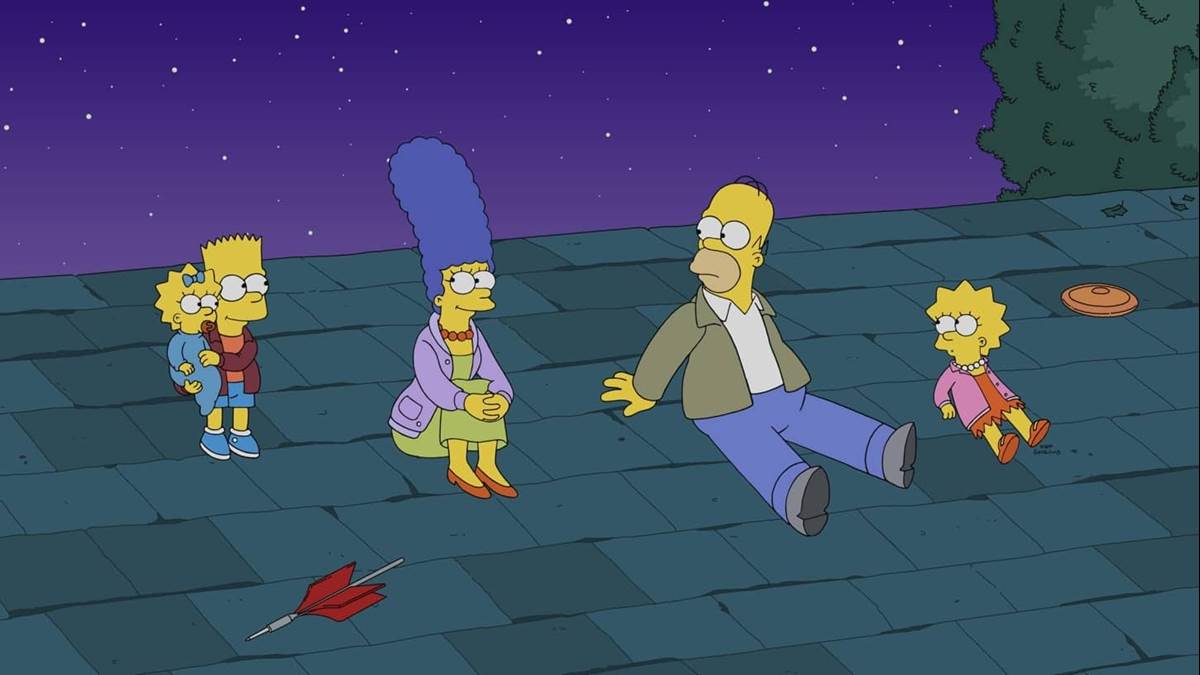 Next week: “A Springfield Summer Christmas for Christmas”