shopDisney is now offering a few items from the collection of Disney theme park ornaments that had been only offered at the Disney Parks. The resin ornaments feature the attraction’s front facade while the reverse side offers a cutaway view into the attraction. 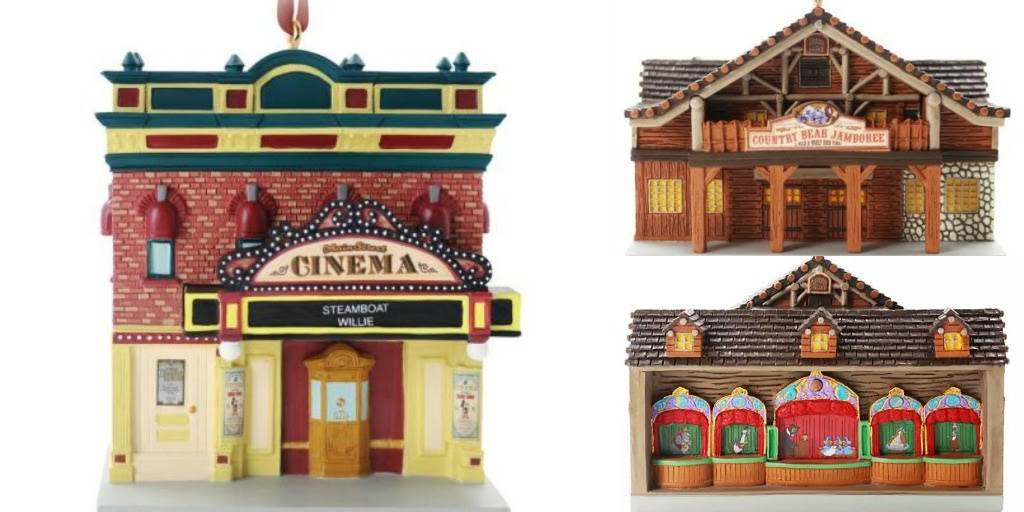 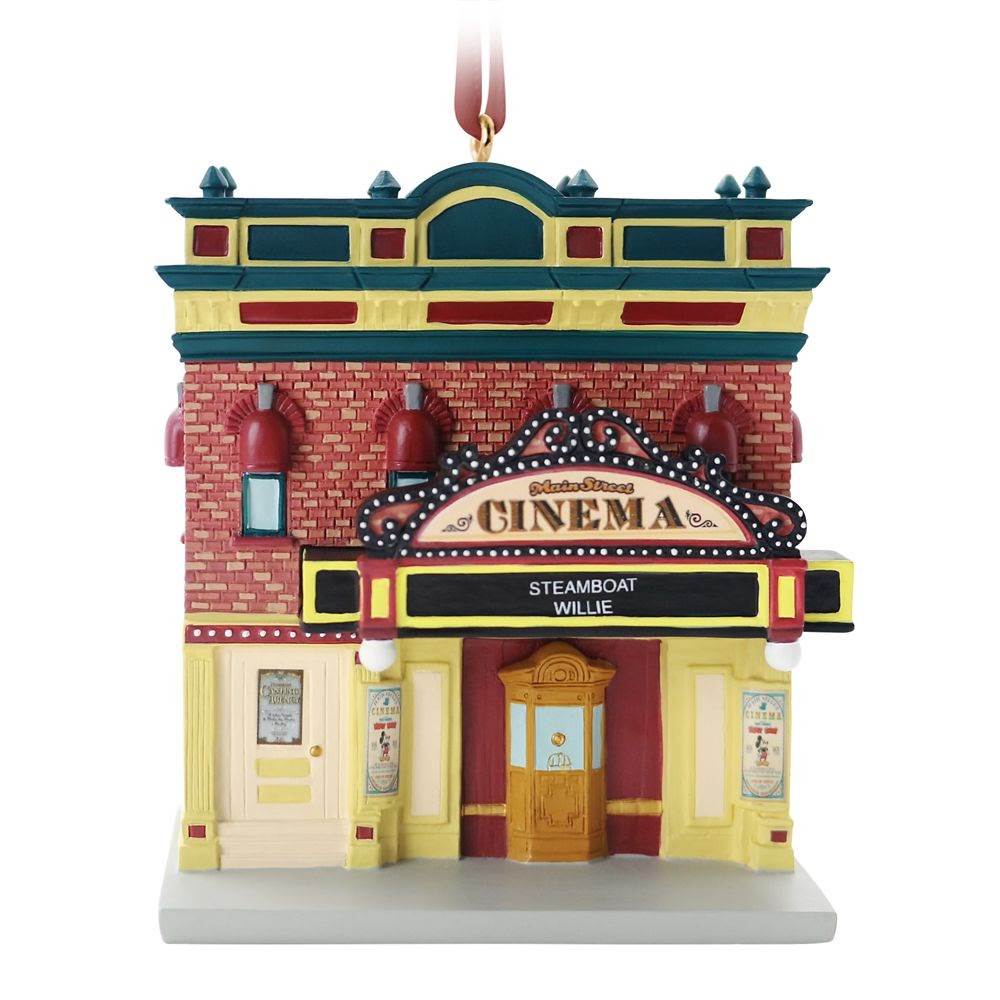 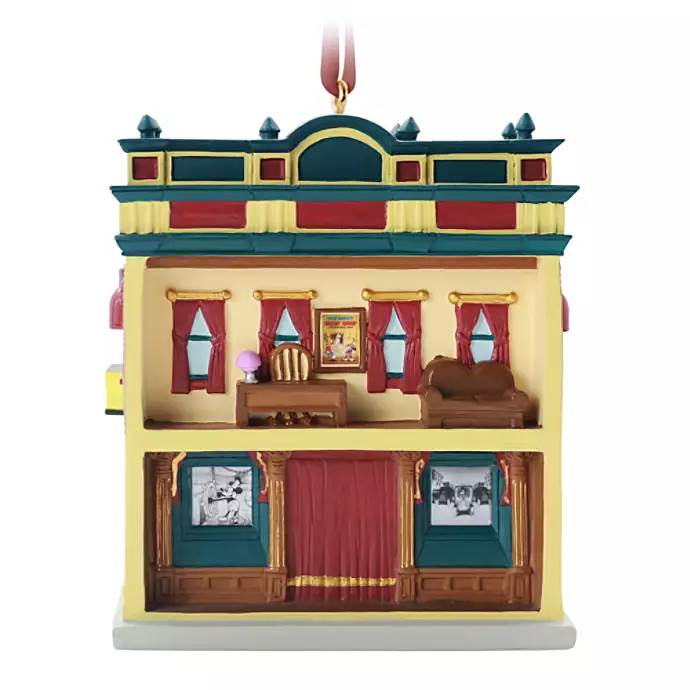 The Main Street Cinema resin ornament reflects the Disneyland facade complete with the Mickey Mouse posters, marquee and even next door homage to the cast who make Disneyland such a magical place. The back features a cutaway view into the theater with a scene from Steamboat Willie and the 1931 short Traffic Troubles. 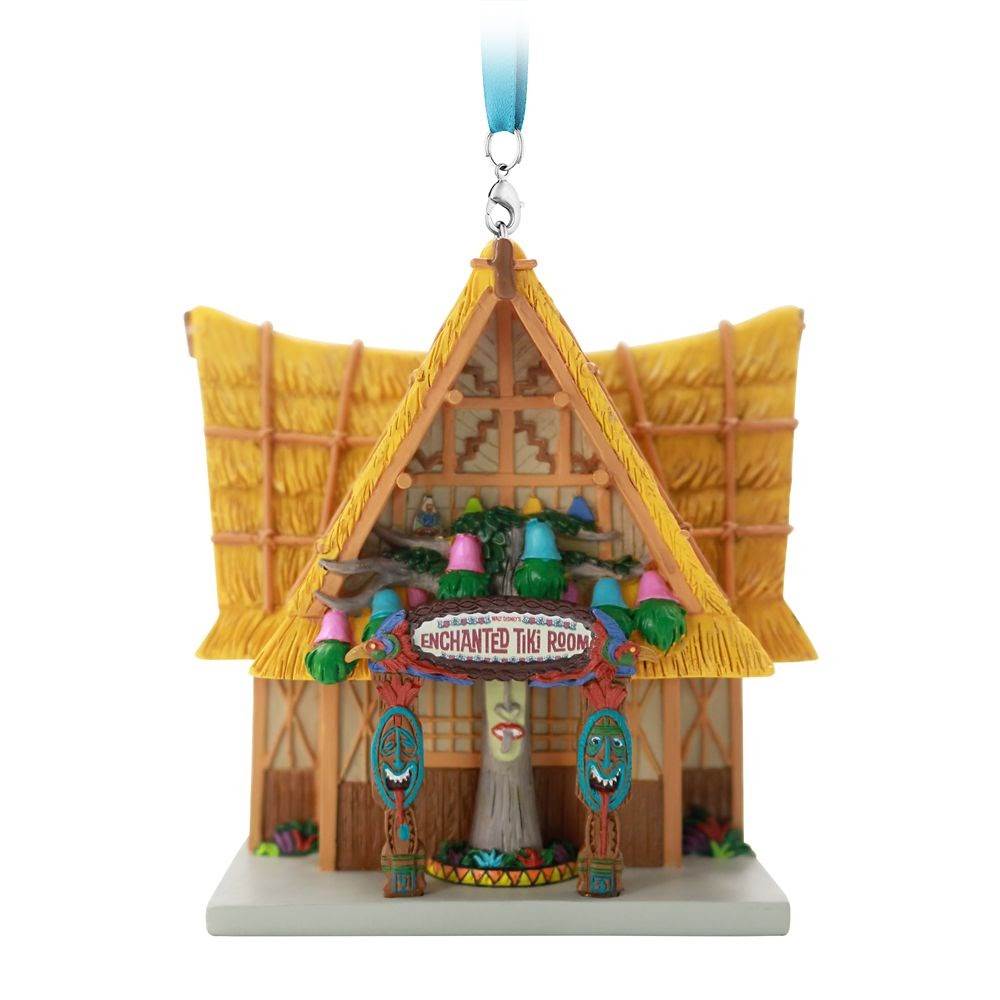 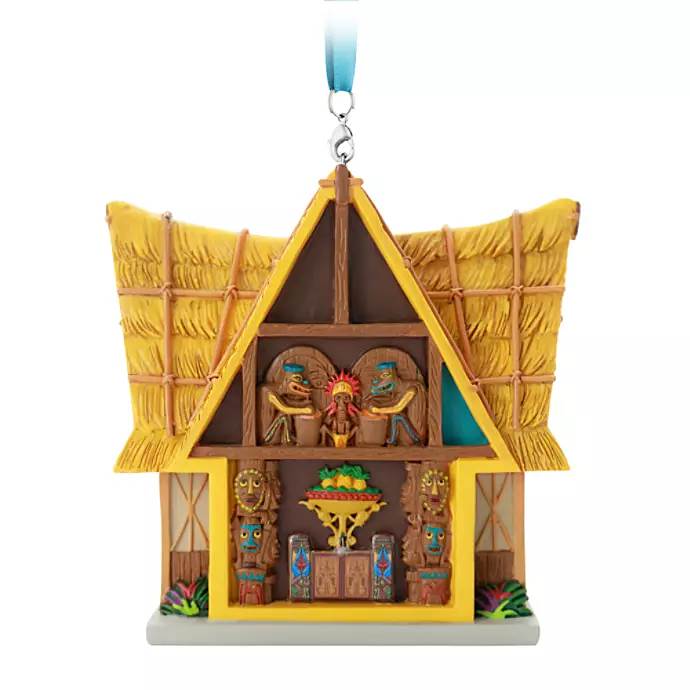 Recall the magic of the Enchanted Tiki Room with this ornament that uniquely focuses on the attraction’s magical carved creations, not a bird in sight. The front of the ornament features Tangaroa, father of all gods and goddesses. Each year Jack Skellington and his Halloweentown neighbors take over Disneyland’s Haunted Mansion to bring their own seasonal mischief. The Haunted Mansion Holiday ornament showcases their decorations including the singing pumpkins, changing portraits featuring Sally, Sandy Claws, while up in the attic you’ll find the large snake holding the naughty and nice list amongst presents and a Vampire teddy. 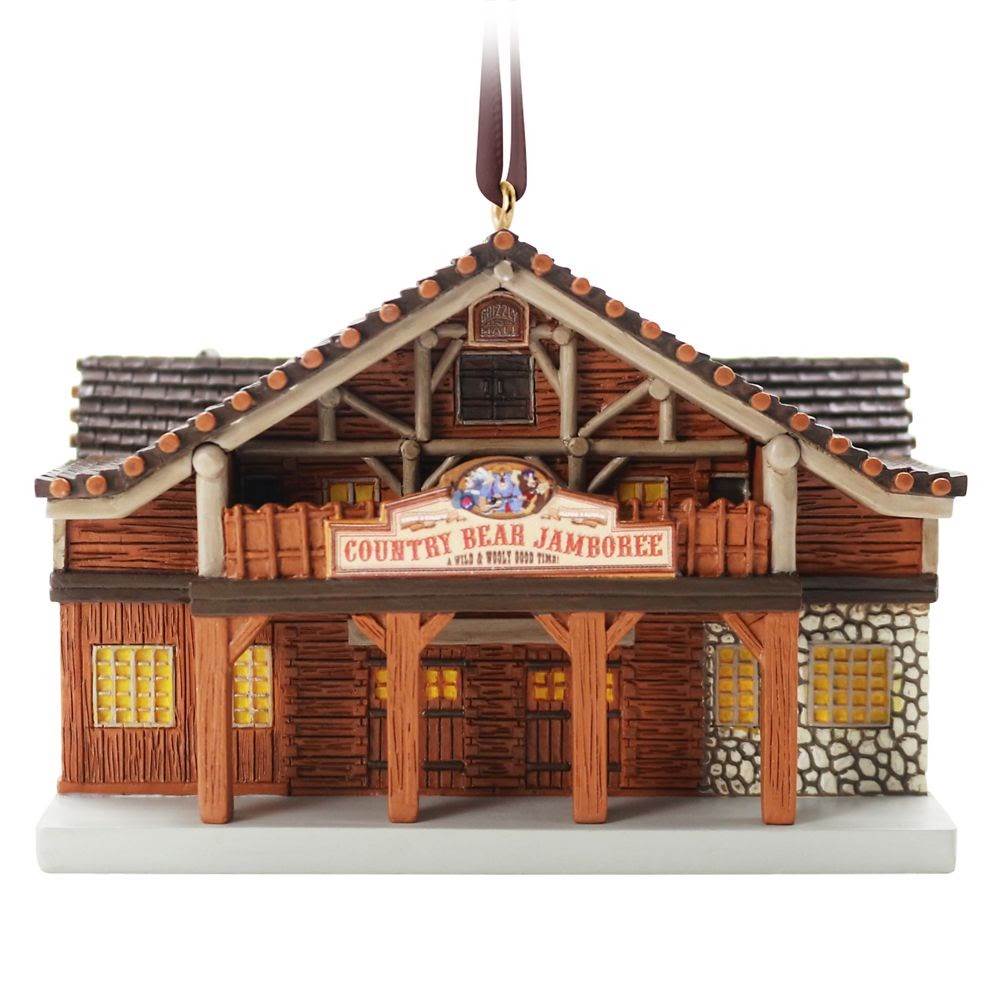 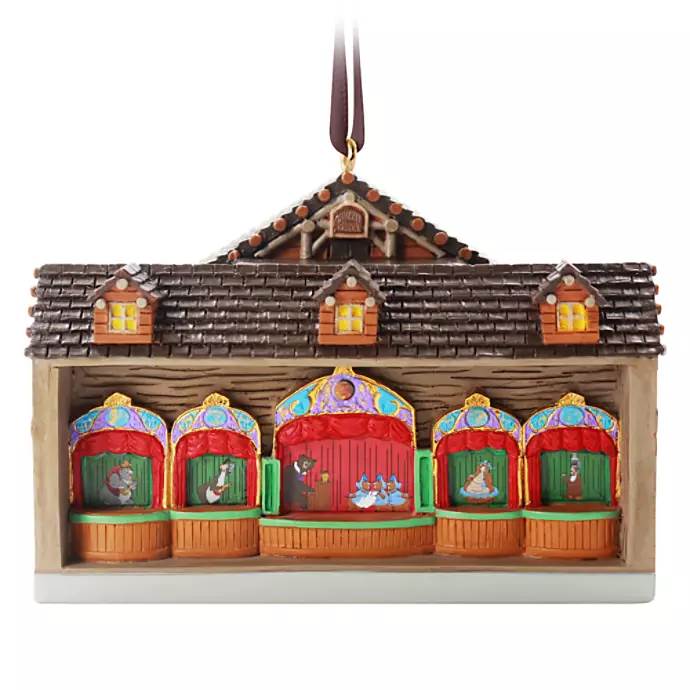 Country Bear Hall as seen in Walt Disney World’s Frontierland complete with Country Bear Jamboree attraction sign featuring Zeke, Big Al and Henry while the reverse side offers a peek into the attraction with Big Al, Liver Lips McGrowl, piano playing Gomer, the trio of Bunny, Bubbles and Beulah, tutu wearing Trixie and your host, Henry with Sammy the raccoon popping out of his top hat. 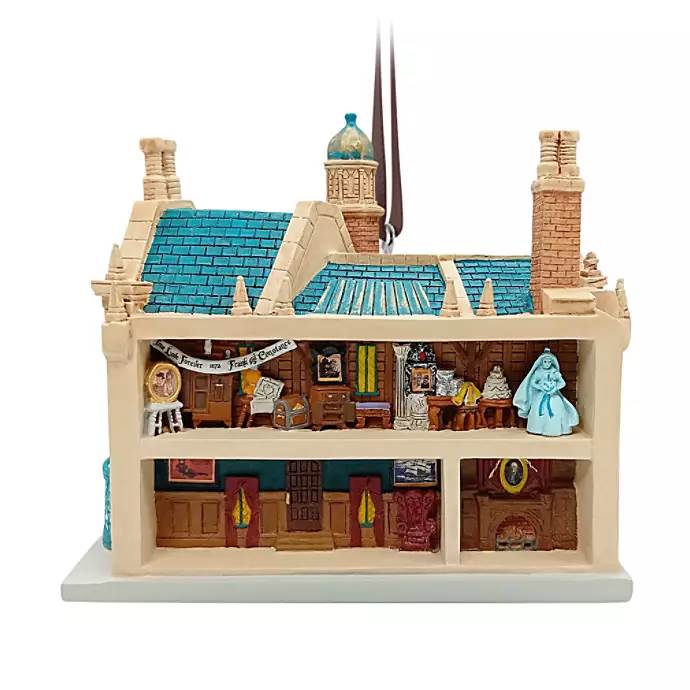 Walt Disney World’s classic Haunted Mansion with its chess inspired architectural features while the cutaway view offers a couple of changing portraits including the aging portrait that greets guests as they enter. The attic view includes the bride, portraits of her various marriages and a banner celebrating her marriage to Frank, her true love forever – or was he?

Hopefully the other ornaments in the collection – Cinderella Castle, Sleeping Beauty, the Disneyland Fire House, it’s a small world, Mickey’s House and Minnie’s House will make their way to shopDisney real soon, too.