The Great Christmas Light Fight returns for its eighth season on ABC tonight at 8 p.m. with two back-to-back episodes. If you’re not familiar with this holiday classic, hosts Carter Oosterhouse and Taniya Nayak travel across the country to find the best Christmas light displays. In each episode, we’re introduced to several families – we learn their backstories, why Christmas lights are so important to them, meet their community and get a tour of their displays. At the end of each episode, one of the families is revisited and awarded $50,000 and a trophy. 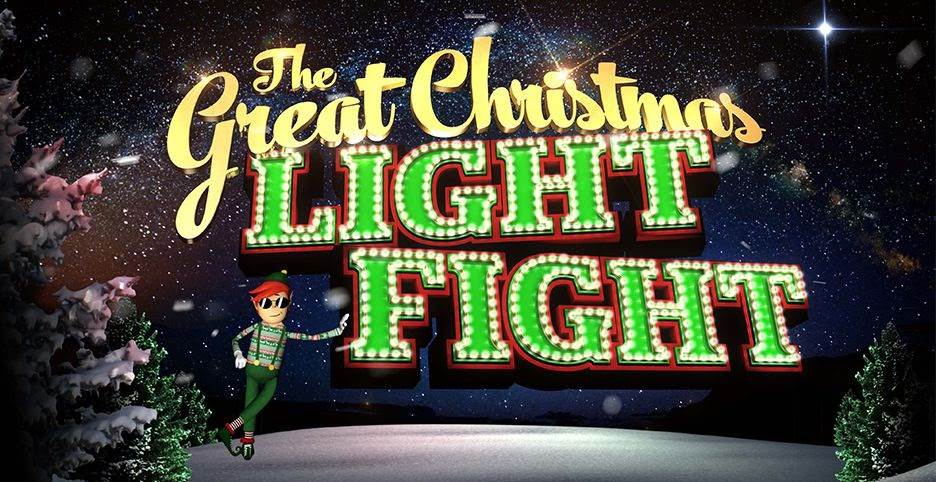 But for viewers, the show is not really a competition, it’s an opportunity to see just how creative Americans can be when it comes to lighting up for the holiday season. It’s a wonderful show for the entire family, and along with Charlie Brown and Hallmark movies, has become an important part of many families’ holiday season. Recently, I had the opportunity to speak with one of these families. Mother and son Gerry and Ben Sumner live in Jenks, Oklahoma and will be a part of tonight’s second episode.

Having watched a lot of The Great Christmas Light Fight in the past, I knew every family has its story. Ben tells his: “Christmas decorating goes back four generations in the Sumner family. And, my great grandfather actually won first place and a local paper contest they did for who had the best Christmas display in Sapulpa, Oklahoma. And he won $25 in 1947. So it has been in the Sumner genes and in the family for quite some time. And I just kinda feel like they passed the torch over to me, my mom, because she's always done such an awesome large display at home. And she passed the torch over to me and I just, we love getting back to the community and we love showing the community what Christmas is all about and that's keeping Jesus in Christmas.” 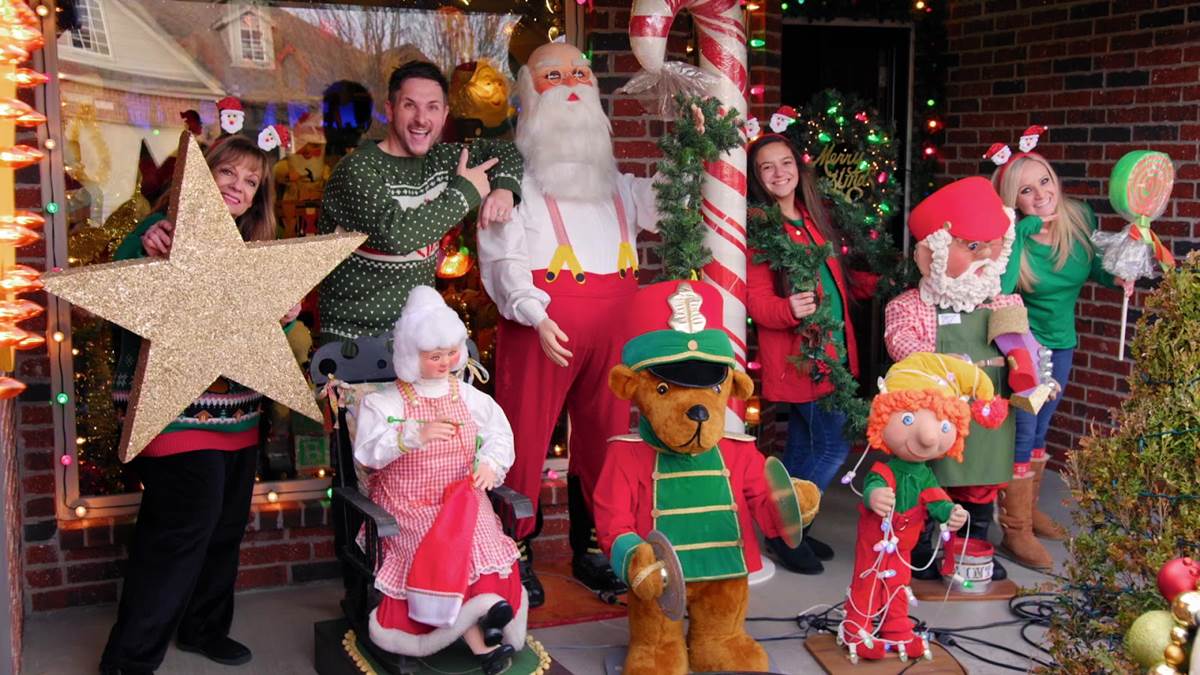 It’s clear watching The Great Christmas Light Fight that these displays mean a lot for the communities. Ben spoke of the limos and trolleys that routinely show up at their display and how important this is with so many horrible things going on in the world. “If we can bring even just a little bit of light into the community, that's what we're going to do. And for the kids to be able to see it and where, you know, that's kind of a little bit normal … keep this Christmas spirit alive, even in 2020,”

The Great Christmas Light Fight features many types of displays. Some rely on high tech, some on figures, different types of lights and projections, etc. The Sumners describe their display as transporting you back in time to New York City on 34th Street and looking into one of those famous Christmas windows. Ben said “I collect vintage mechanical store displays. What you would see back in the fifties and sixties at large department stores all across America. It's, I feel, my job to go around – and it's definitely my hobby – to gather these pieces and put them on display in Oklahoma for the art community to enjoy.”

Ben’s reputation as a collector of old department store figures has helped him. He talked about a Macy’s that went out of business in Chicago a few years ago and, through connections, he was able to get the figures. And while he’s not a trained mechanic, over the years he has learned how to restore these pieces that are often decades old.

I mentioned that my family had watched this video the previous night and it never occurred to us we were looking at figures that were as much as 80 years old. Ben responded “That means a lot to us because my mom spends a lot of time on the outfits, making sure they're pristine.”

That got us talking about kids a bit. “You know, like I said this on the show. I don't have kids. So my display, in my opinion, you know, I feel like I, I nurtured them. Like, they're my kids, because you know anybody that has a hobby, or anybody that's going to appear on The Great Christmas Light Fight, will understand what I'm saying. As far as when you have a hobby that you put everything in your emotions and so much of your free time. And you're using your time to work on Christmas rather than going out and even being with friends because you want to get the display done and you want to grow it.”

Given the enormous expense this must require in creation, maintenance and operations, I asked if he requests donations. The response surprised me: “Last year we set it up to where people could donate for a local charity. We like to make sure we give that back to the charity and that was helping the cause. And this year, we're still waiting to finalize everything, but that should start next week. But yeah, we like to take donations for charity and a hundred percent of the donations go towards charity.”

They consider the display a small thing they can do for the community. And his ultimate goal is for his parents to live on a large farm someday so he can show the display over a few acres — logical considering he actually has over 5000 pieces and can only display about 150 of them now.

I’m sure anyone with even a modest display dreams of being on The Great Christmas Light Fight. I asked Ben what the process was to appear on the show: “For us? We had a casting agent contact us. The whole process is quite amazing. I mean, they are the best at making you feel relaxed. And they reached out to us because they had seen a video, I think on YouTube from a local ABC affiliate. And the process started where, you know, they asked, of course we'd like to be a part and I fainted. And then once I woke back up, I was able to say yes, without pausing. And then you go through a round of emails and calls and a lot of questions back and forth. They want to know about our display and why we do it and all the important stuff. And the whole process was so smooth. And we were just like, I can't believe Hollywood's coming to Oklahoma.” 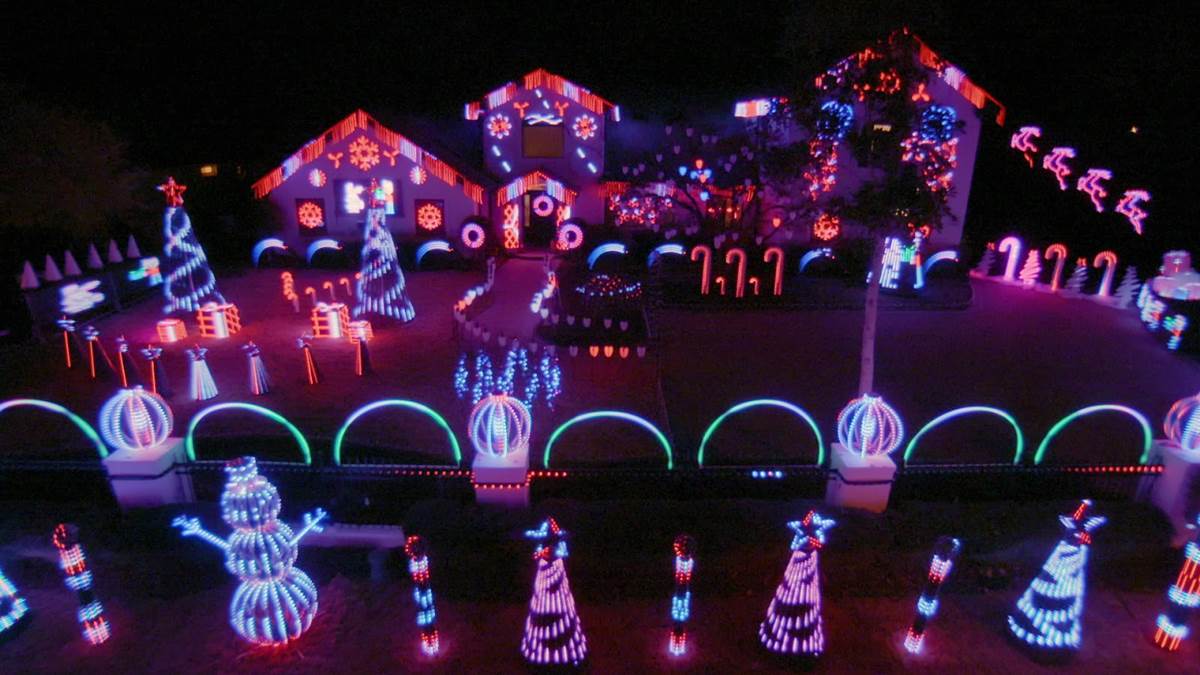 And did they win??? I don’t know. But I can’t wait to tune in tonight on ABC tonight to find out!