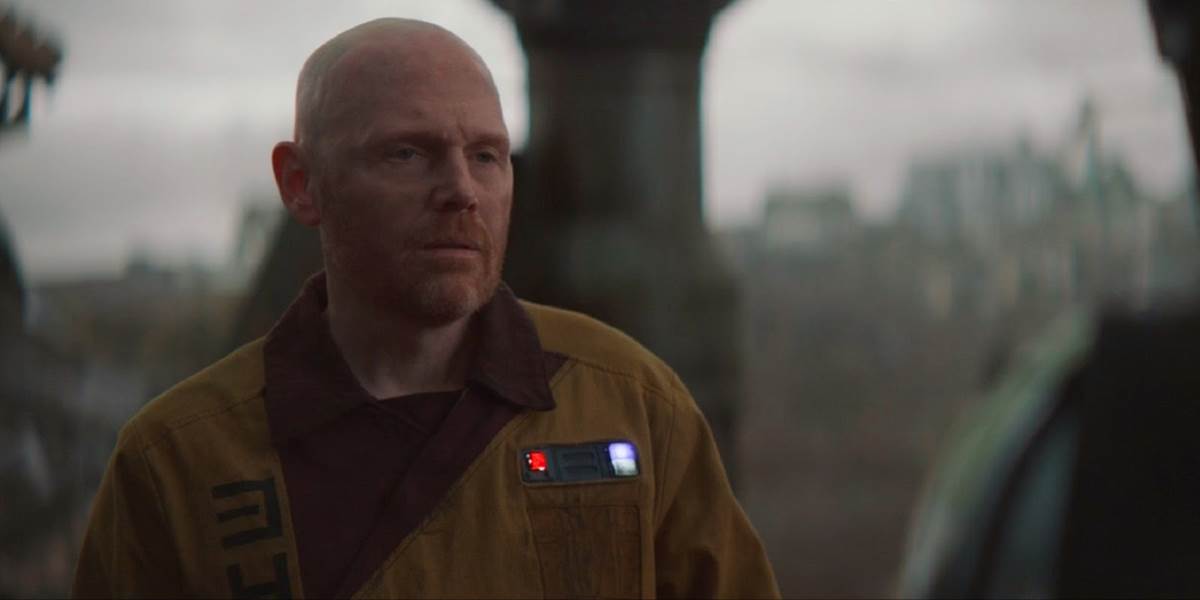 One last fetch quest has to be completed before the big finale in the penultimate episode of The Mandalorian’s second season, entitled “Chapter 15 – The Believer.”

It’s great to see charismatic actor/comedian Bill Burr (Breaking Bad) back in A Galaxy Far, Far Away as the character Migs Mayfeld, who first appeared in season one’s installment “The Prisoner,” also written and directed by Rick Famuyiwa (Dope). And Mayfeld has a lot more to do this time around– not to mention the fact that he becomes a much more well-rounded and empathetic character during this particular adventure, after being extracted from a New Republic junkyard prison by Cara Dune (Gina Carano), Boba Fett (Temuera Morrison), Fennec Shand (Ming-Na Wen), and of course our protagonist Din Djarin AKA the Mandalorian (Pedro Pascal).

Mayfeld, a former Imperial sharpshooter, tells our heroes they need to travel to the jungle planet of Morak, home of a secret mining hub, to retrieve the coordinates to Moff Gideon’s (Giancarlo Esposito) cruiser. There, the ragtag crew must embark on another heist mission involving tanks carrying explosive rhydonium, some local freedom fighters, and a whole bunch of stormtroopers. The middle part of this episode is fairly action-heavy again, with an extended scene echoing the truck chase from Raiders of the Lost Ark, but the surprising heart of the proceedings is Burr’s performance. Mayfeld offers some thought-provoking philosophical insights to Mando’s steadfast adherence to his creed along the way, and ends up losing his own cool when confronted with his own past inside the base. 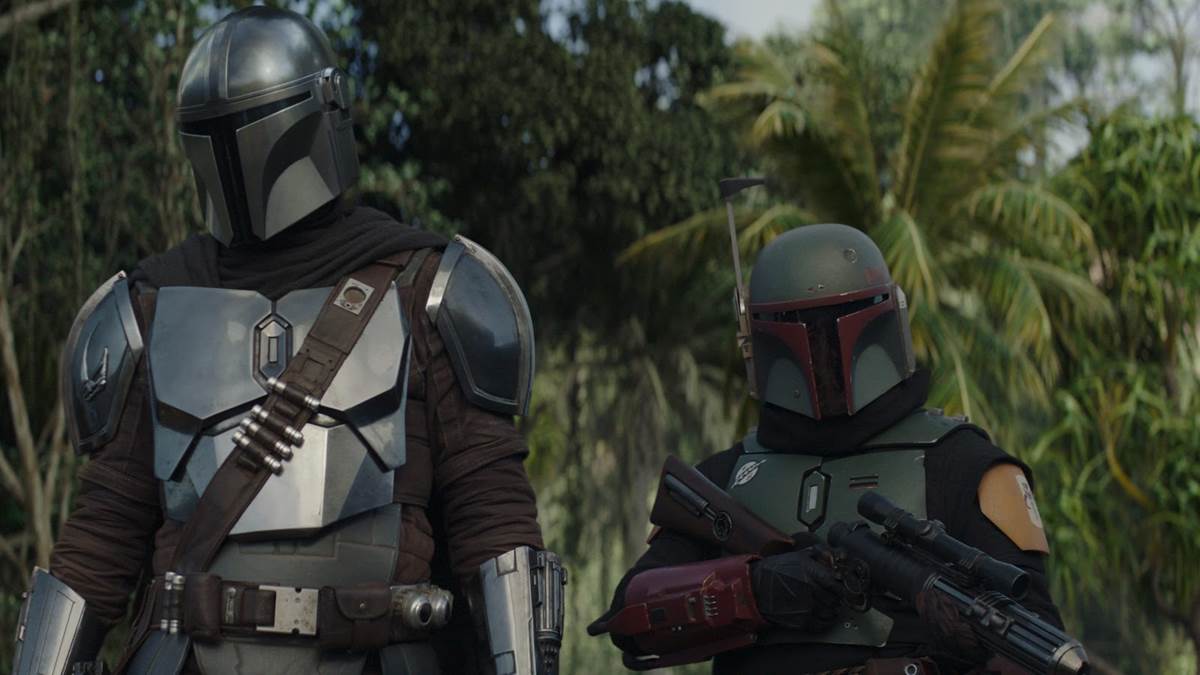 Meanwhile, Boba Fett (in freshly painted armor– where did he find the time to do that?) waits nearby in the Slave I to act as a getaway car, and Dune and Shand team up as spotters, hiding in the tree-lined canopy as Mando and Mayfeld infiltrate the station disguised in tank trooper armor previously seen in Rogue One: A Star Wars Story. It’s a big deal that Djarin is willing to remove his traditional Mandalorian garb to go undercover, but not nearly as big a deal as what he’s forced to do later on to access the Imperial computer terminal. This episode is demonstrating how Mando is willing to compromise his own beliefs in an effort to retrieve something even more important to him: Grogu, who is completely absent this week for the first time in the series’ history. The lack of that adorable little puppet is absolutely felt, but intentionally so, as the audience experiences the same longing and regret Djarin does in this situation.

The episode wraps up with an explosive success, naturally, and I was glad to see Mayfeld survive and be relieved from his prison sentence by New Republic marshal Cara Dune. It’s good to know Bill Burr is still out there causing mischief in the galaxy, and I genuinely hope he pops up again before this show eventually comes to a close. We also get a brief scene of Mando taunting Moff Gideon via holo-transmission, repeating his words back to him from the end of season one. I don’t know if it’s the best idea to announce his arrival instead of taking Gideon’s Imperial remnant by surprise, but it was a nicely poetic moment that sets up next week’s climactic rescue attempt. And considering The Mandalorian’s tendency toward big reveals, yesterday’s announcement of two live-action spin-offs coming down the pike on Disney+, the world of this series– and Star Wars in general– is about to open up even further. 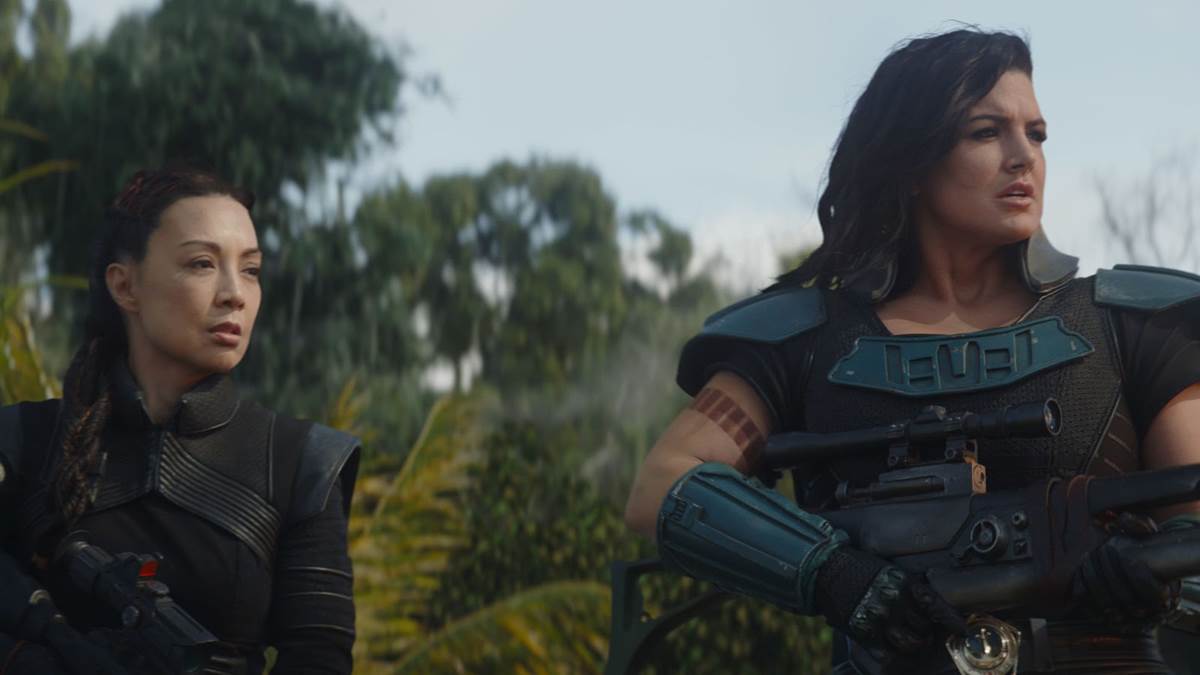 The second season finale of The Mandalorian will be released next Friday, December 18 exclusively on Disney+.