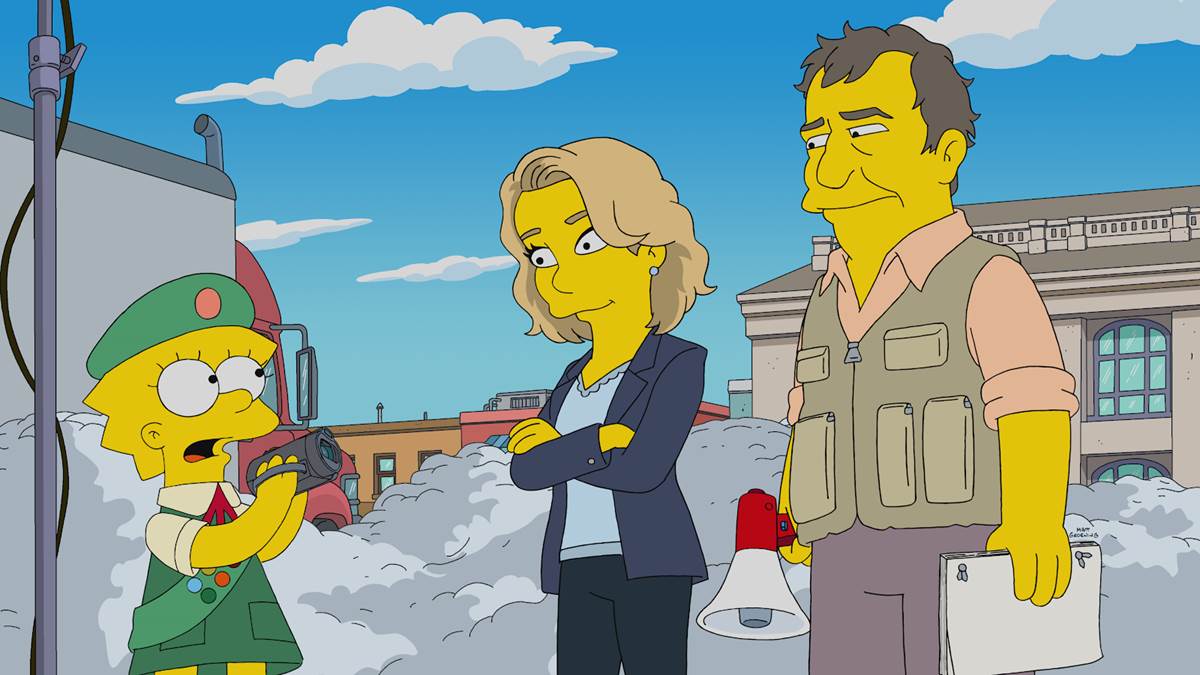 Hello and welcome to Laughing Place’s regular recap of new episodes of The Simpsons on the FOX Network. This week’s installment, entitled “A Springfield Summer Christmas for Christmas,” is the tenth episode of the long-running animated sitcom’s 32nd season. 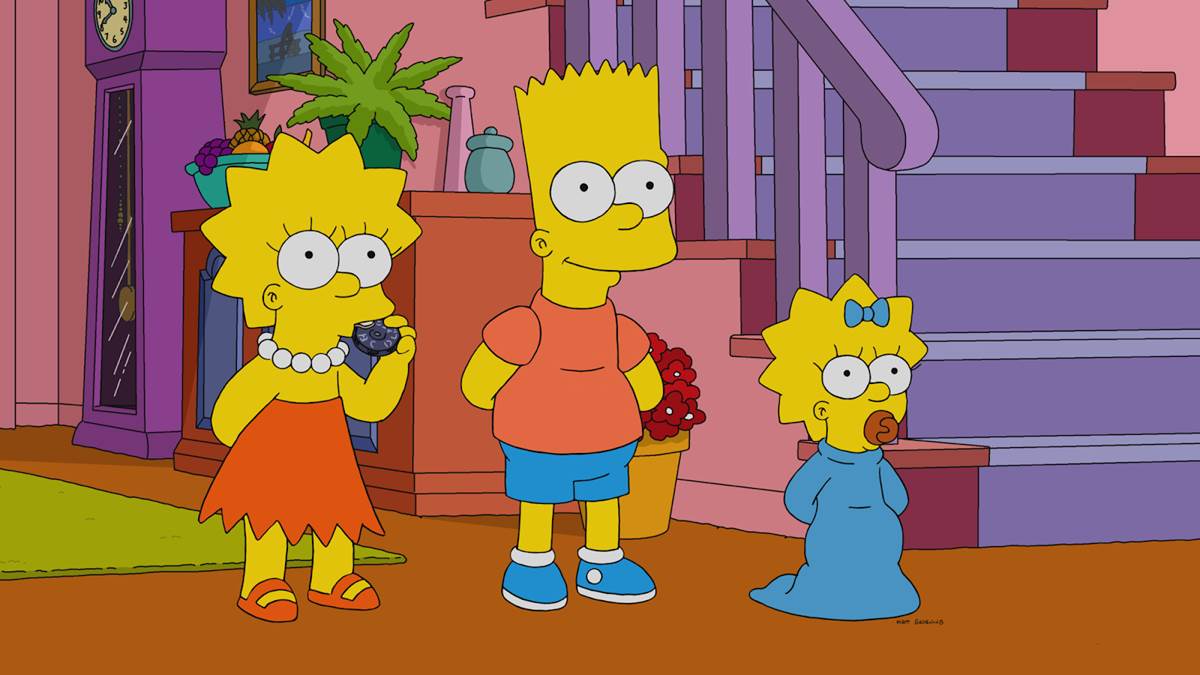 A woman named Mary (voiced by guest star Ellie Kemper of The Office fame) walks into an executive’s office at the Heartmark channel. She’s ordered to “put out a few fires” on the production of a holiday movie called A Christmas Ornament for Christmas and sent to Springfield in the middle of the summer, where Moe (Hank Azaria) picks her up as her taxi driver and she stays at the Simpson home as her Air B&B. The children sing her a welcome song to the tune of “Hark the Herald Angels Sing.” Bart (Nancy Cartwright) wants to sleep in his treehouse, but Homer (Dan Castellaneta) has also rented it out to the movie’s sound effects guy. Marge (Julie Kavner) gushes over Mary’s job and says she has seen all of the Heartmark Christmas movies. Mary tells Marge she doesn’t actually like Christmas movies, and Marge tries to feed her a continental breakfast full of gluten and lactose, neither of which she eats.

Mary stops at the diner and orders a very Hollywood latte. Principal Skinner (Harry Shearer) mocks her and the other townsfolk laugh until she leaves. She arrives on set, where the director (Richard Kind from Inside Out) lists off the problems they’re experiencing. “How will people know this Christmas town is quaint without multiple gazebos?” Mary runs into Skinner again in the town square, where he’s putting up flyers promoting his lettuce and tomato festival and she enlists him to build more gazebos for the shoot. She gets the movie back on schedule and prepares to leave when she gets a cell phone call from her boss, who wants her to stay through the entire shoot. “It had to be a Christmas movie,” she groans as a truckful of colorful scarves gets dumped on her head. 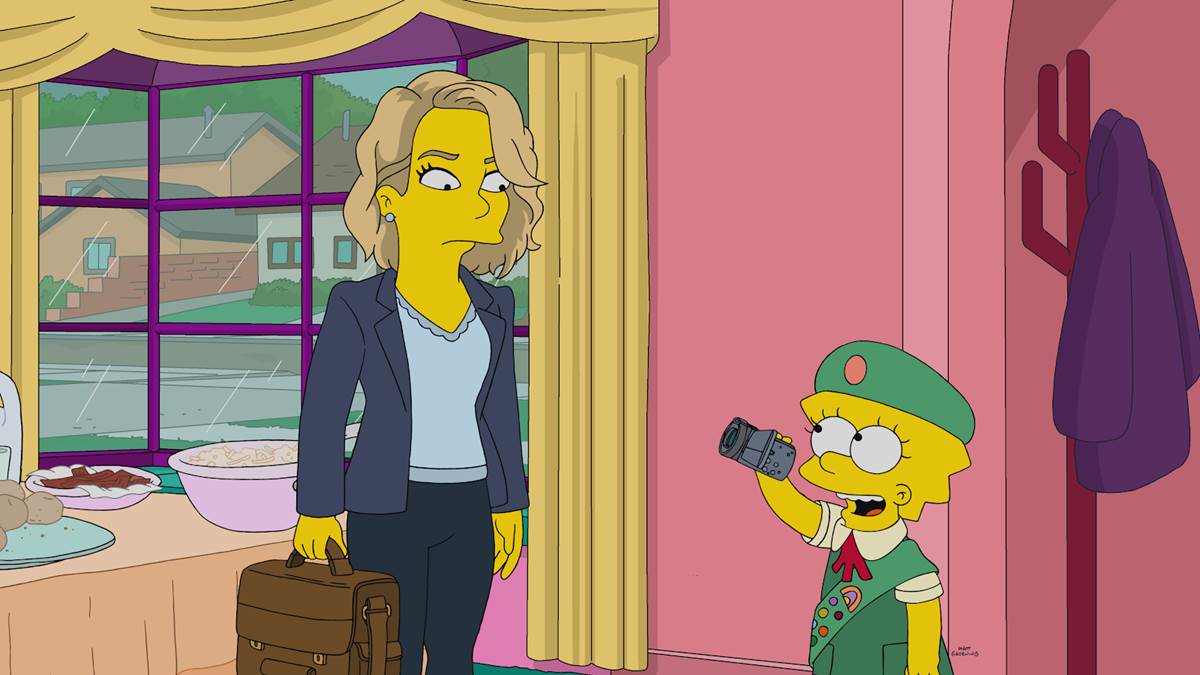 We see a scene from the Christmas movie Heartmark is shooting, but the actors forget the names they’re using and confuse them with the previous one they were in. Homer attempts to rent out more space in his home to the production, though Bart complains that he has to sleep in the bathtub the previous night. The movie crew runs out of fake snow because Heartmark is shooting at least 50 other Christmas movies at the same time, so Homer takes the opportunity to grind up mattresses, pillows from the prison, marshmallows, and even asbestos to sell to the company. Skinner completes a gazebo and flirts with Mary until she gets a call from her surgeon husband (Rick and Morty’s Chris Parnell), but is distracted by Skinner during the chat. At home, Bart sleeps with Lisa (Yeardley Smith) and Maggie in Lisa’s room, but is kept awake by Lisa nerding out in her sleep and Maggie’s drool. He tries going to Homer and Marge’s room, but two grips are sleeping in there. “Sorry, kid. No room at the inn.”

Mary returns home to the Simpson house, where Marge believes she is “moving into quirky best-friend territory.” Mary explains they had to cut the town-wide celebration scene from the movie because of some aggressive local beavers. She spots the tomato and lettuce festival flyer on the fridge and realizes that Skinner’s event will be decorated in Christmas colors. “Way to go, Mary. This movie might just be good enough to fold laundry to,” compliments the film’s director. Bart wants to ruin the movie to get his room back, so he cranks up the snow machine and causes a blizzard in the town square, where Skinner and Mary get snowed into the gazebo. Mary has zero bars on her cell phone, so Skinner says he will dig their way out, but Homer’s snow is impenetrable due to its composition. 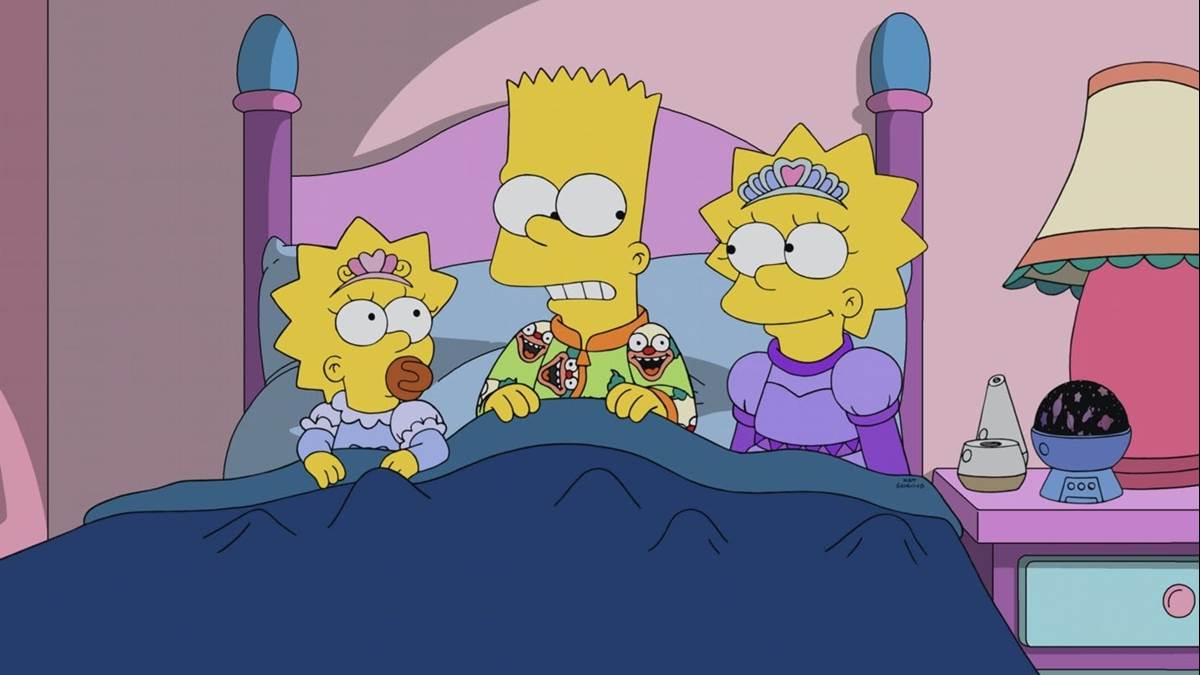 It’s getting hot and running out of oxygen in the snowed-in gazebo, so the bickering Mary and Skinner decide not to talk. But eventually they find common ground and decide to “huddle closer… for coolness.” Mary wakes up later to find that Skinner has dug his way out with the shoehorn he always carries on his person. He brings her her favorite latte drink and they share a moment, followed by a near-kiss until Mary’s husband shows up out of nowhere and gets angry. She runs after him, but Bart projects a video Lisa recorded of Mary complaining about the Springfieldians. “How dare you not be charmed by us!” complains the Sea Captain, whose IBS sends him immediately into a nearby port-a-potty. Everyone deserts Mary and two grips light their cigars, causing Homer’s fake snow to catch fire and burn down what’s left of the set. At home, Marge has a heart-to-heart with Mary, who explains why she hates Christmas movies.

It turns out Mary’s father was cast as an extra in Jingle All the Way, and he was trampled to death in a crowd scene. Mary decides she’s going to miss everyone in Springfield, but when Moe picks her up in his taxi and drives through town square, they see that Skinner has gathered everyone together to rebuild the set, and Lisa recorded her saying nice things to Marge so that Bart could play the footage for the townspeople. “Christmas movies are the best movies… because everything always works out, no matter how contrived.” Mary tells her husband he’s too perfect and makes a play for Skinner, though she doesn’t know his first name and he rejects her immediately because of her terrible decisions. Mary and her husband walk away together. He says “this is twice now,” and she replies, “I know.” In the coda, the movie plays on the Simpsons’ TV. “That was the worst movie I’ve ever seen,” says Bart. “That snow looked so fake,” complains Homer. The rest of the family leaves, but Marge pours a glass of wine and waits to watch the next Heartmark Christmas movie by herself. 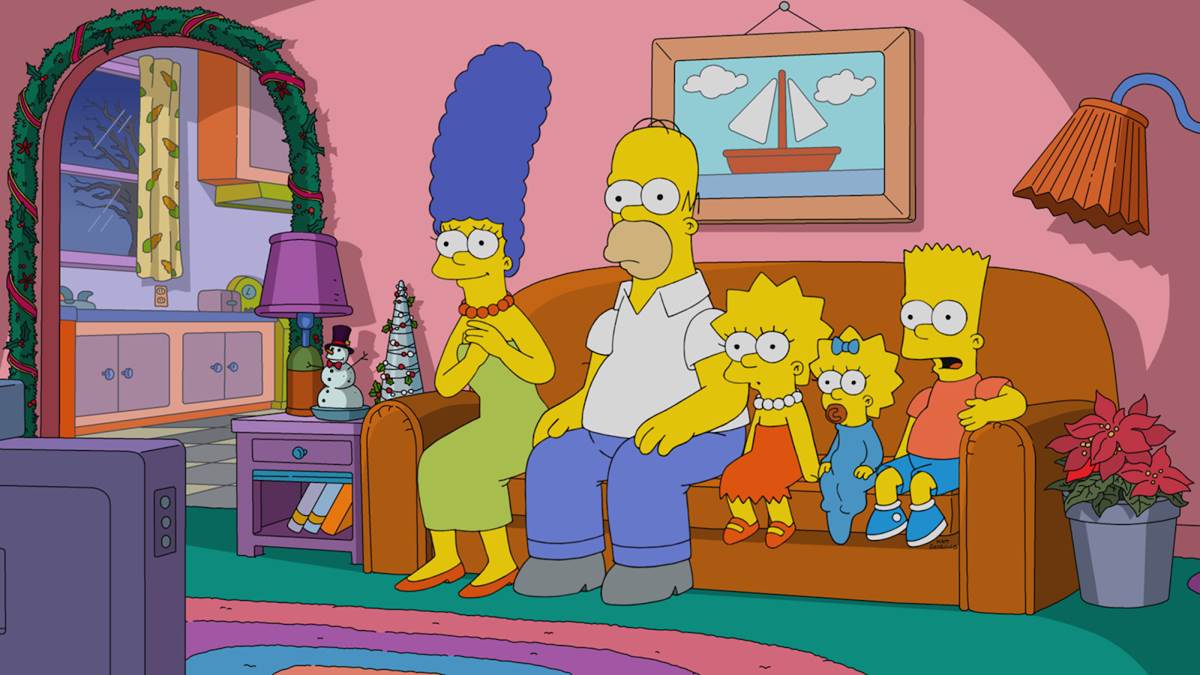