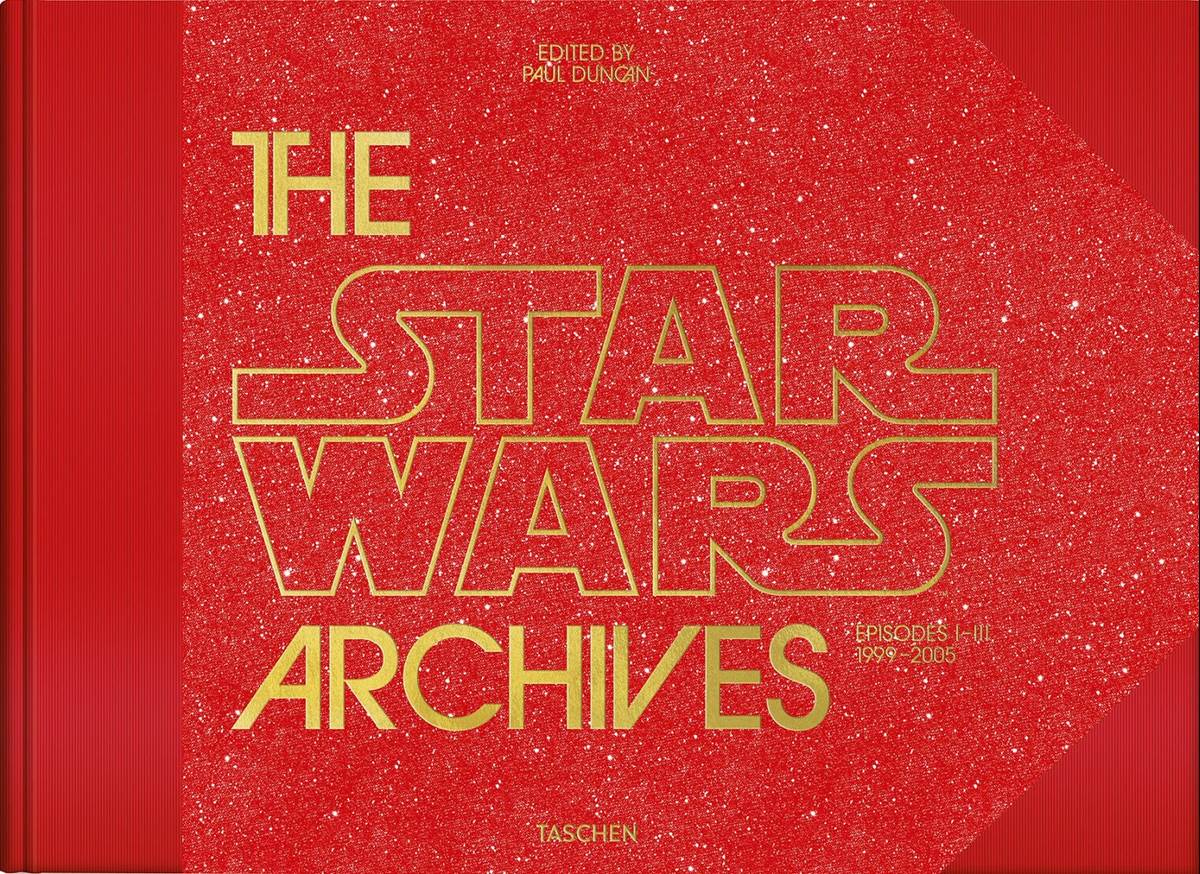 It’s no secret that the Star Wars prequel trilogy is a somewhat controversial topic for fan’s of George Lucas’s ever-expanding space-opera saga, but I think it’s safe to say that most who follow the franchise closely have learned to accept those films as part of the larger whole and, despite their perceived shortcomings on the filmmaking level, acknowledge their role in establishing the technological building blocks that make current next-level (and perhaps more broadly acclaimed) projects like The Mandalorian possible.

Those who want further insight as to just how the prequels were put together will likely want to pick up Taschen's huge and incredibly impressive new coffee-table book The Star Wars Archives: Episodes I-III, 1999-2005 by Paul Duncan, whose previous volume (2018’s The Star Wars Archives: Episodes IV-VI, 1977-1983) did the same jaw-droppingly thorough job of documenting the behind-the-scenes process of making the original trilogy. 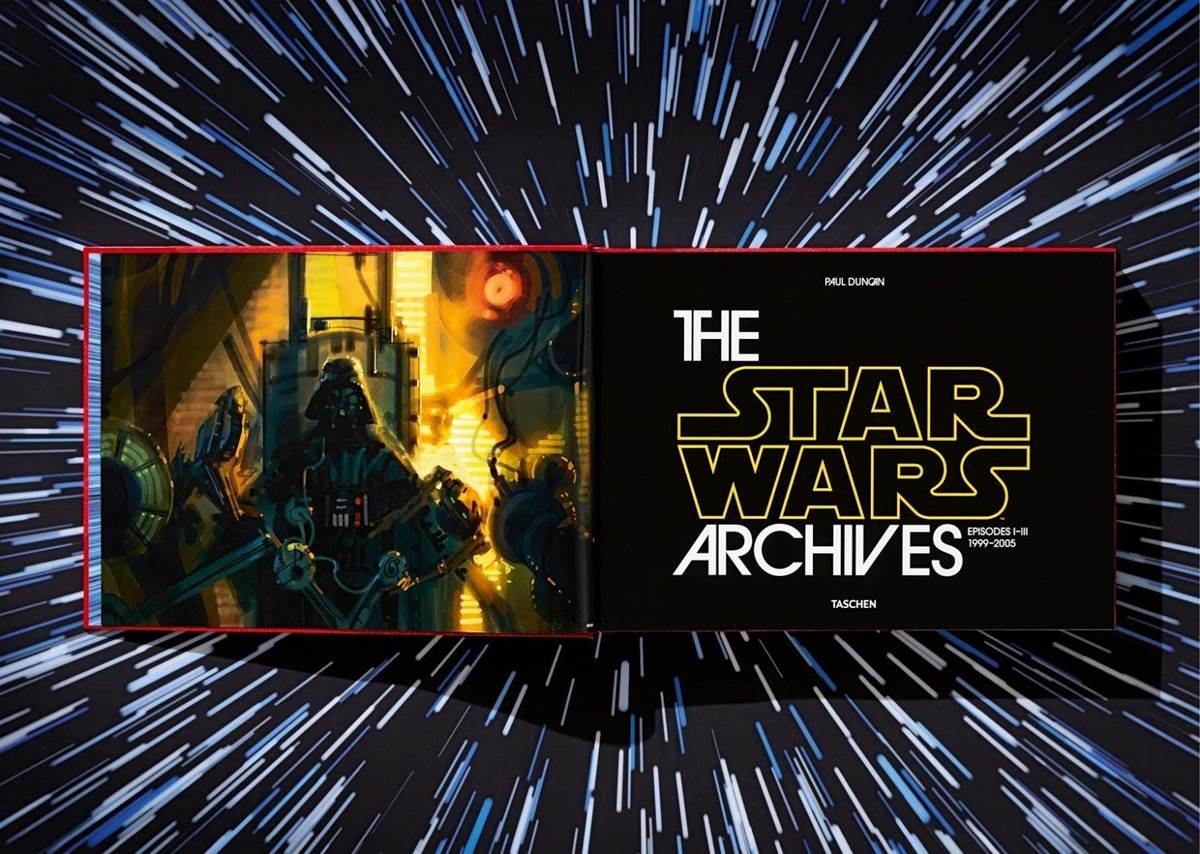 Volume II of The Star Wars Archives is just as hefty a book as its predecessor, weighing in at around fifteen pounds (I checked) and would fit best on the top of a literal coffee table, as my lap itself isn’t wide enough to hold more than half of the thing. It opens with a foreword written by Mr. Lucas himself back in 1999, when Star Wars: Episode I – The Phantom Menace was released and repurposed here as an introduction to everything the reader is about to take in regarding the groundbreaking efforts that went into bringing Star Wars (not to mention the Hollywood film industry at large) into the digital age in the late 90s and early 2000s. We start with the hotly debated Special Editions and work our way through each prequel, one at a time, in painstaking detail, with full-page spreads of some gorgeous concept art, stills from the movies, and breathtaking behind-the-scenes photography that instantly makes this colossal tome worth its $200 price tag. 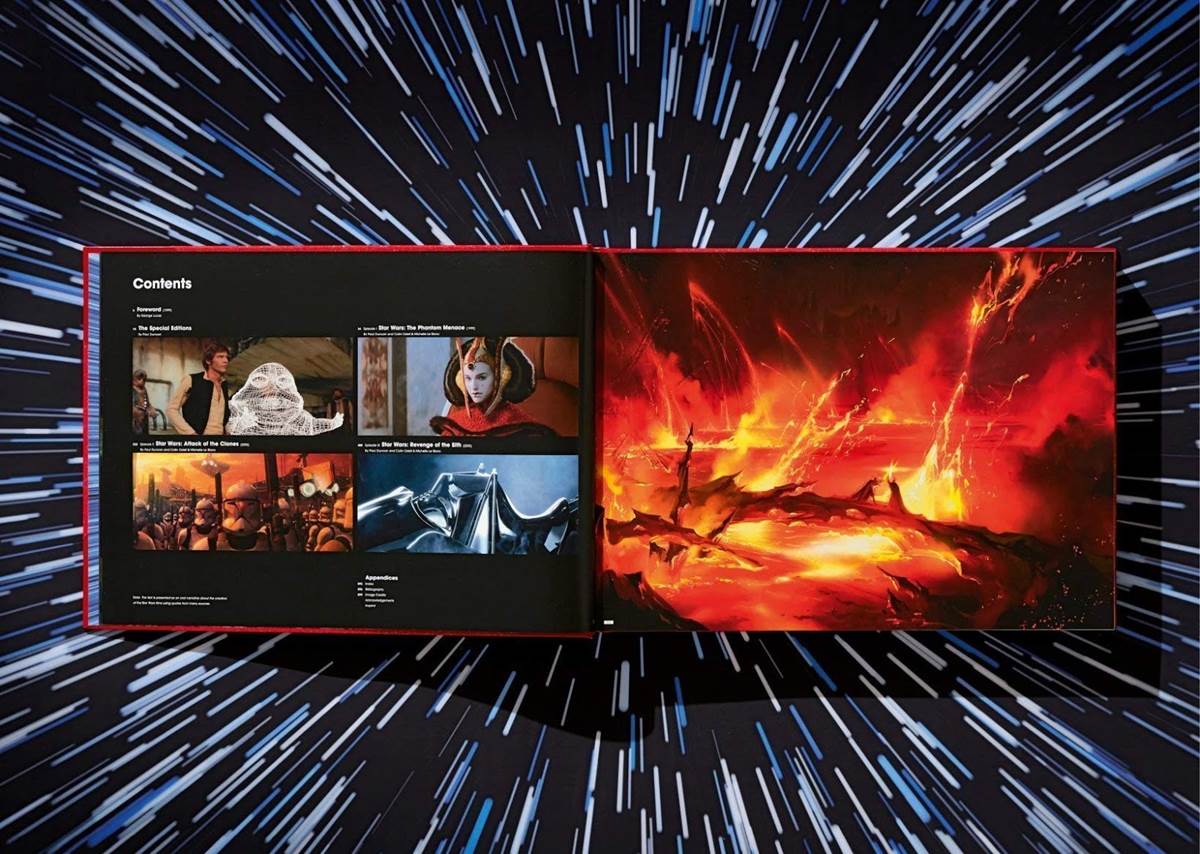 Of course, each and every image is accompanied by an informative caption, and in-between all that Duncan has gone to great lengths in documenting the step-by-step evolution of Lucasfilm’s approach that brought the then-highly-anticipated prequels to the big screen two decades ago. There are interviews with key figures like producer Rick McCallum and the visual effects wizards at Industrial Light & Magic, stunning paintings by design artist Doug Chiang, blueprints and schematics of droids and ships, and even interoffice memos, meeting notes, and film negative reports from the production shoots. It’s all presented in appealing layouts across 600 pages that will have Star Wars devotees drooling with eye-popping delight as they turn each page to discover what visual and informational delights lie beyond, regardless of their feeling about these particular entries in the movie series. The making of the Star Wars films has been well-documented since pretty much the very beginning– an hour-long special entitled, naturally, The Making of Star Wars aired in September of 1977 on the ABC Network, just a few months after the first movie took the world by storm after debuting in theaters. But for anyone who wants to own a remarkably comprehensive history of the endeavor undertaken by George Lucas and his talented teams at Lucasfilm and its subdivisions including ILM and Skywalker Sound to craft these pop-culture juggernauts for public consumption, I can’t think of a better investment than the Star Wars Archives books. While I don’t personally own the first volume quite yet, getting my hands on a copy of Episodes I-III, 1999-2005 has made me want to go back and pick up the previous edition. Because as we all know, the story of Star Wars isn’t stopping anytime soon, and I can only imagine we’ll continue to be enthralled by the behind-the-scenes story of how these modern myths are brought to life, as well. The Star Wars Archives: Episodes I-III, 1999-2005 is available now wherever books are sold.