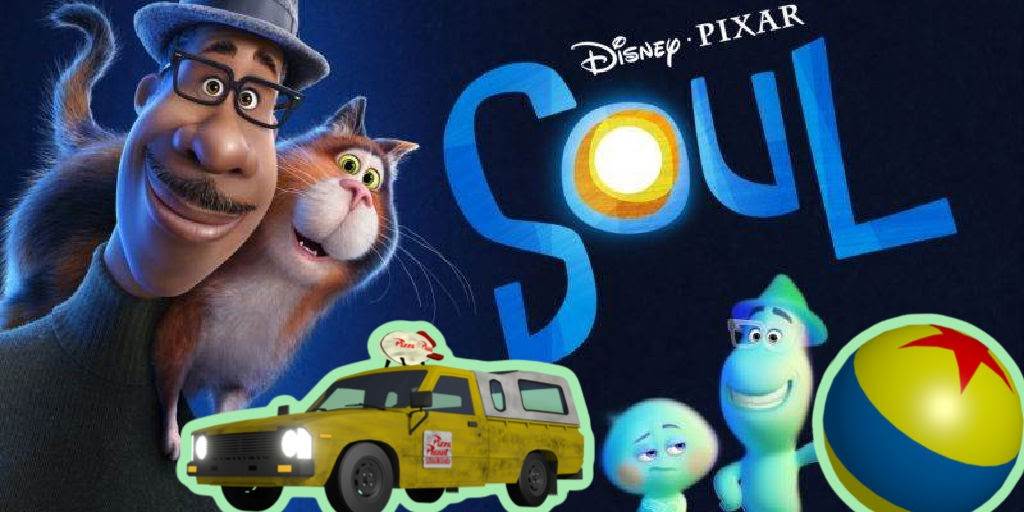 Pixar’s Soul is now streaming on Disney+ and while John Ratzenburger might not have a cameo in this film, Pixar has continued their tradition of hiding the Pizza Planet truck, the Pixar Ball and A113 in the film, along with a host of other Easter Eggs. In case you missed any, here’s where to find them.

UPDATE 1/1/2021: Co-Director Kemp Powers Revealed John Ratzenberger’s cameo in the film is his likeness without using his voice. Click here to find out where he’s hidden.

Pizza Planet Truck (And Many Others)

The Pizza Planet Truck is parked in “The Hall of Everything” along with a lot of items from past Pixar movies. Pixar loves to pull items from their digital archive to use in movies and in this single shot, you’ll also see Willy’s Butte from Cars, the Axiom from WALL-E, the ferris wheel from Toy Story 4, an Aztec building from Coco and The Spirit of Adventure from Up. There are likely even more in this shot and Pixar Post has some theories. We’ve only circled the Pizza Planet Truck in this image because it would otherwise be all circles!

Believe it or not, the famous CalArts classroom number is also in that same crowded shot! Pete Docter really gave us the traditional Pixar Easter Eggs in a single minute of the film. There’s a blank street sign towards the right side of the screen and only one post has any characters, A113.

You’ll find the Pixar Ball inside 22’s home just before she takes Joe Gardner into The Hall of Everything. Because objects in “The Great Before” are simplified, you might not have instantly recognized it because it’s missing the blue color, but it ends up having a lot of screen time.

The lamp that hops on and then pops the Pixar Ball, also known as Luxo Jr., is also in the Hall of Everything. I’m pretty sure that trolly is from San Francisco shots of Inside Out, too.

Hello, My Name Is…

22’s home is full of name tags from previous mentors of fame and renown, but there are three names significant to Disney and Pixar fans in there: Joe Grant, Joe Ranft and Jack Kirby. Joe Grant is a Disney Animation legend who worked on classic films going all the way back to Snow White and the Seven Dwarfs through the Disney Renaissance and even helped Pete Docter on Monsters, Inc. Joe Ranft is a Disney Legend who worked at Disney Animation before moving to Pixar and winning an Academy Award for the screenplay of Toy Story. He also provided the voice for Heimlich in a bug’s life. Jack Kirby was a famous comic book artist, writer and editor at Marvel and helped create many of the company’s most famous characters including Spider-Man, Captain America, X-Men, Thor and Hulk.

In Dr. Borgensson’s Hall of You, we see a statue has been erected for the famed psychologist where he stands pointing out with his right arm while his left holds the hand of a child. The pose is evocative of the Partners Statue found at Disneyland and Magic Kingdom in front of the castle where Walt Disney points down Main Street with his right hand while his left holds the hand of his most famous character Mickey Mouse.

When Joe falls to his doom down an open manhole, a construction van parked nearby has the logo “RETLAW” on the back. RETLAW is Walter spelled backwards and was the name of the company Walt Disney created to own and operate the Disneyland Railroad, Mark Twain Steamboat and Disneyland Monorail. Pete Doctor is a HUGE Disneyland fan.

The code for a human contaminant entering the monster world in Monsters, Inc. is the subway train number Joe and 22 ride in. Monsters, Inc. was Pete Docter’s directorial debut.

In another Pete Docter film, Inside Out, Riley’s dad works for a new startup called Brang and he wears their shirt with pride. They seem to be doing quite well because they now have the advertising budget to promote the company on the New York City subway. The full ad is never seen, but you get it in bits and pieces throughout the scene.

File this one under a “Maybe,” but when 22 is telling Joe Gardner that she can make her voice sound like anything she wants, she turns into an old man and says “I could sound like this if I wanted to.” It sounds a lot like Ed Asner, the voice of Carl Frederickson in Up, another Pete Docter film. 22’s face also looks a lot like the character. If it is Ed Asner, however, he’s uncredited.

New York City is littered with stickers and these two repeat several times throughout the film. One is the BNL logo from Buy-N-Large, the superstore from WALL-E. The other is the face of André from the very first Pixar short,

The Adventures of André & Wally B.

Full credit for finding this one goes to T.J. and Julie at Pixar Post. Pixar always likes to hide a reference to their next film and it’s the kind of thing you usually don’t notice until watching it again. In this case, Luca is scheduled for release on June 18th, 2021, and a travel agency 22 and Joe walk past features a poster for PortoRosso, a place you can get to by flying “Luca Airlines.” 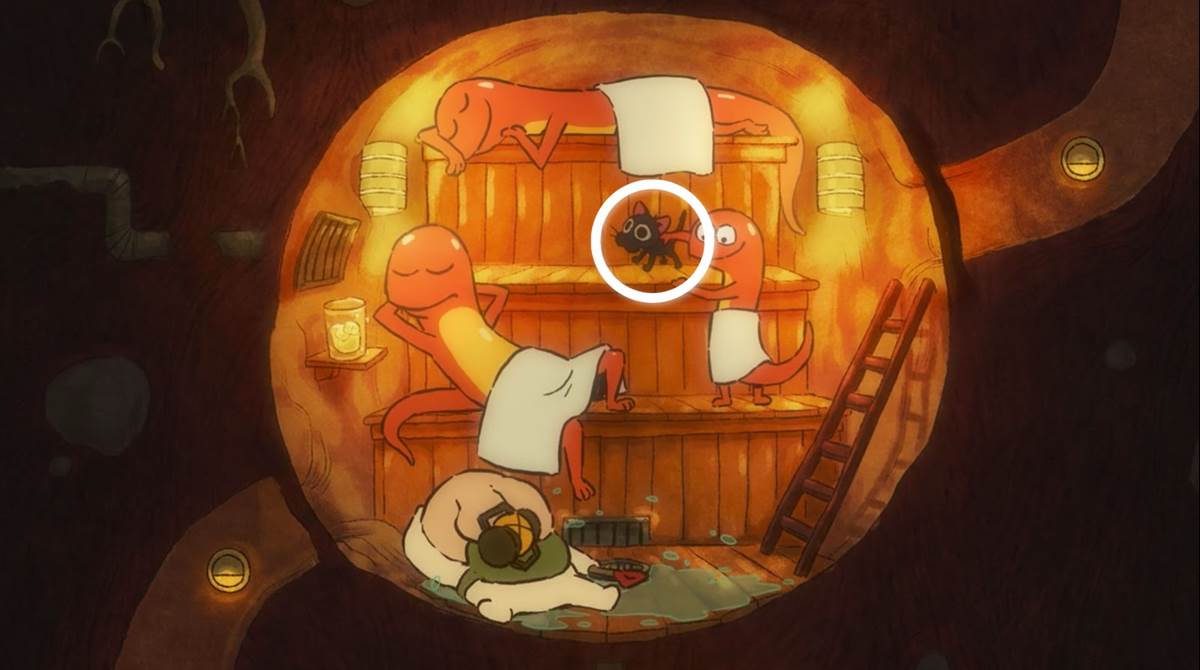 The new Pixar SparkShorts film Burrow that joined Soul on Disney+ also has an Easter Egg. During a quick panning shot through multiple burrows, Kitbull can be seen enjoying a steam room. In our interview with director Madeline Sharafian, she shared that Kitbull made it possible for her short to be done in 2D at Pixar.