The Rick Riordan Presents banner at Disney Books has been a smash hit since its debut in 2018. Aru Shah and the End of Time by Roshani Chokshi began the mission of the label, to tell engaging stories of world mythologies by diverse authors.

Chokshi’s Hindu mythology was the first of multiple books to be published in the last three years which focused on Korean, Cuban, African American, Mayan, Navajo, and Mesopotamian mythology. Not only are readers given a treat with a diverse slate of books, the authors of these mythology narratives have a personal connection to the stories through their heritage. Millions of Rick Riordan Presents books have already found their way to the hands of readers young and old, and now the banner is about to take its next step in growth: moving into the YA market. 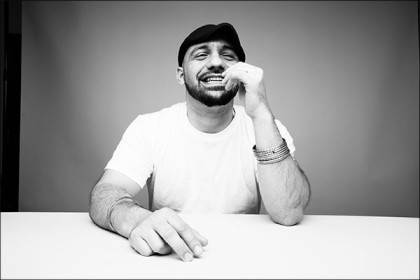 Noted author Daniel José Older has been contracted to write two YA books for Rick Riordan Presents. This new avenue of storytelling for the imprint begins with Older’s Outlaw Saints series. The first book in the series, Ballad & Dagger is expected for May 2022. His follow up work is planned to be released next year.

In Ballad & Dagger, our hero is Mateo Matisse a teenager from the island of San Madrigal in the Caribbean. A home to pirates, Shephardic Jews and Cuban refugees, the island is destroyed by a hurricane which forces Mateo and others to flee to Brooklyn.

Twelve years later, Mateo and his family have formed a new home in Brooklyn. Living with his two aunts, one alive and the other a ghost, life seems to be going well for the teenager. The action picks up when Mateo is playing piano at the San Madrigal Grand Fete. Gods and various magical creatures appear which starts a battle on the streets where he learns that he has special healing abilities. Older’s Cuban Jewish heritage will fuel the narrative as he draws on his personal experiences to craft the story.

Rick Riordan Presents has a big year ahead with books that will keep readers enthralled while they await Older’s YA entry. 2021 has a packed schedule with the already released The City of the Plague God by Sarwat Chadda, Roshani Chokshi’s Aru Shah and the City of Gold on April 6, The Last Fallen Star by Graci Kim on May 4, Paola Santiago and the Forest of Nightmares by Tehlor Kay Mejia on August 3, and Pahua and the Soul Stealer by Lori M. Lee which is scheduled to be published this fall. Readers are also eagerly awaiting Kwame Mbalia’s conclusion to the Tristan Strong series, which should be released sometime in the fall of this year.

Though they started small, Rick Riordan Presents is growing with its success and continues to enthrall readers with mythology stories told by culturally diverse authors.