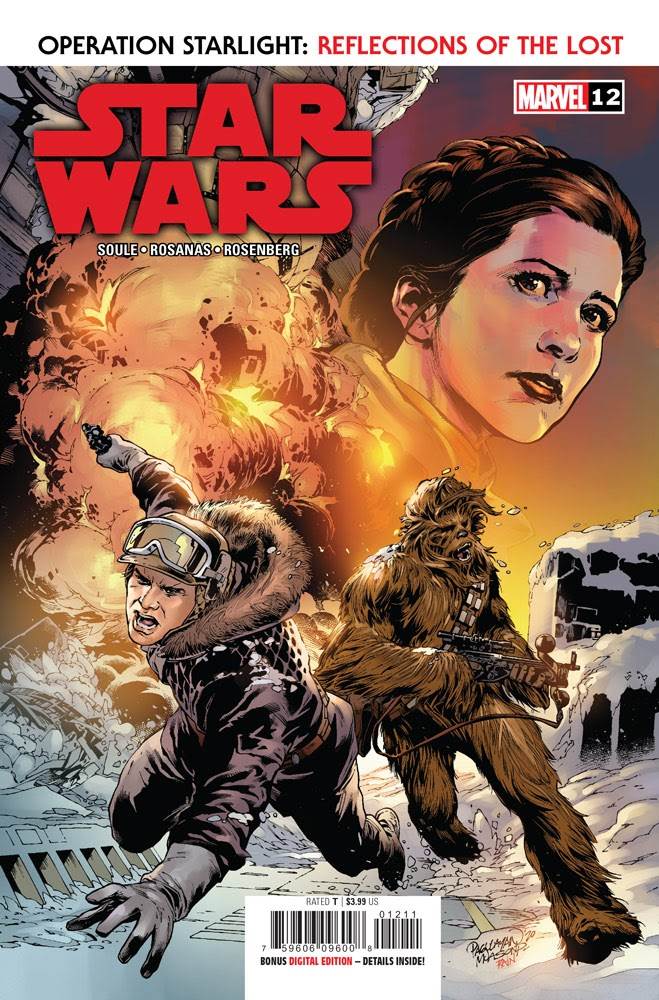 We haven’t been getting a lot of Han Solo in Marvel Comics’ main Star Wars title lately, which makes sense because its current run is set between the events of The Empire Strikes Back and Return of the Jedi while Han is frozen in carbonite. But issue #12 of the series’ second new-canon volume temporarily resolves that absence by offering readers a flashback to Echo Base on Hoth prior to the Empire discovering the Rebel Alliance’s presence on the frozen planet.

We also get a fairly charming story about how Poe Dameron’s parents first met each other, as his father Kes Dameron and General Leia Organa (Had she already been named general this early on in the timeline? I didn’t think so, but this comic indicates otherwise.) bond over their lost loved ones. 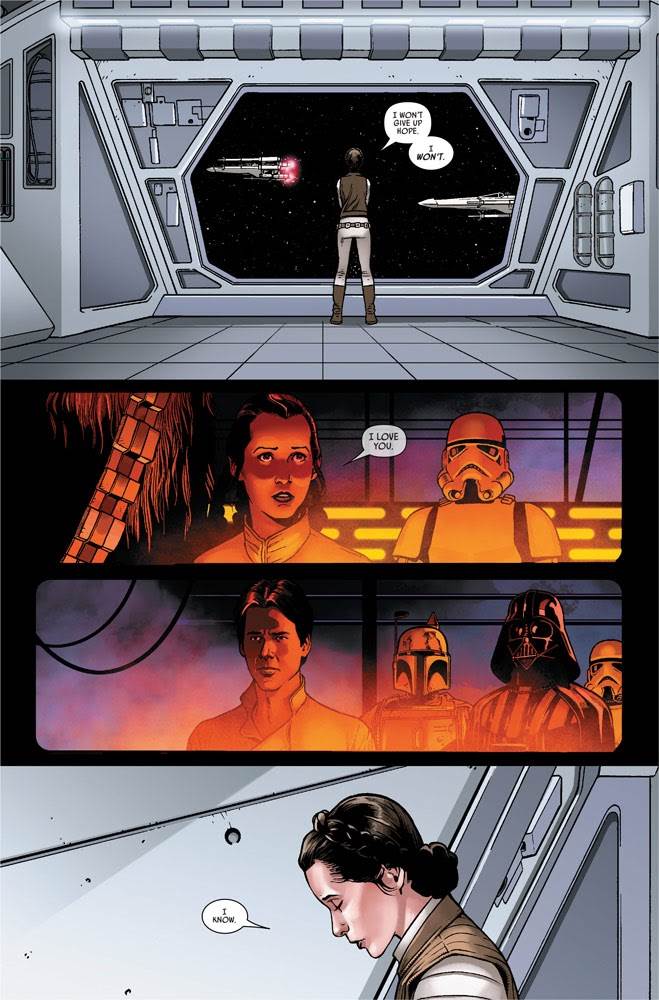 Star Wars #12 is Part IV of the “Operation Starlight” arc, and picks up right after Kes’s wife Shara Bey had become stranded and evidently lost on an Imperial Star Destroyer. During a lull in the action as they wait for Shara to potentially report in, Kes and Leia stare longingly out into space and reminisce together about their other halves. First we get a flashback to the casino planet Galator III, where Kes meet-cutes Share after successfully betting on the daring pilot in a dangerous crestrace. Then when prompted by Kes about the obvious difference between the princess and the smuggler’s personalities, Leia opens up about why Han appeals to her, as unlikely as it seems. She relates a tale about how the Corellian and his Wookiee pal saved Echo Base from total destruction when a reactor overloaded in the rebel hideout. 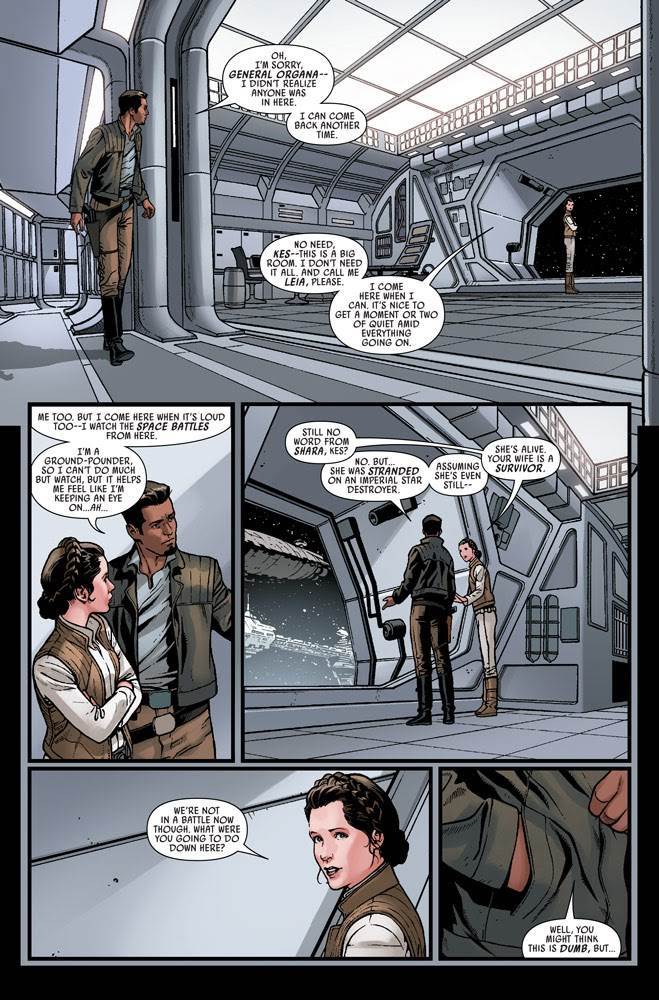 Obviously this pair of sentimental flashbacks don’t do a whole lot to further the ongoing plot of the Star Wars comic’s current run, but they do feel heartfelt and touching and shed some light on a couple unanswered questions involving two important couples in this era of A Galaxy Far, Far Away. There are some great moments in the “present” as well, such as when Kes shows Leia a hologram of his son Poe and telling her how much of a handful the boy can be, foreshadowing the general’s future combative-but-respectful relationship with the hotshot Resistance pilot as seen in the Star Wars sequel trilogy. I also liked the revelation that Lando Calrissian spilled the beans to the rebellion about what exactly went down on that Bespin carbon-freezing platform before Boba Fett took Solo away. Speaking of Fett and a certain smuggler-shaped carbonite block, the next issue of Star Wars is going to help kick off the upcoming “War of the Bounty Hunters” multi-title crossover, which I’m assuming is why it’s not coming out until May. I had been wondering why some of Marvel’s Star Wars comics were taking months off, and now it all makes sense as they all need to line up for that event. In the meantime, I think it was nice to take a breath from high-stakes combat against the Empire and enjoy some pleasant character building among these fan-favorite rebel personalities. Star Wars #12 is available now wherever comic books are sold.