What to Expect when the Academy Museum of Motion Pictures Opens on September 30th (Including Art, Props and Costumes from Disney, Star Wars, Marvel and 20th Century Studios Films)

The Academy Museum of Motion Pictures in Los Angeles will open to the public on September 30th and will begin offering virtual programs on April 22nd ahead of the 93rd Academy Awards on ABC on April 25th. To celebrate, the leadership team along with some special guests hosted a virtual overview of the museum’s new offerings, all of which will make it a must-see experience for fans of film and movie history. 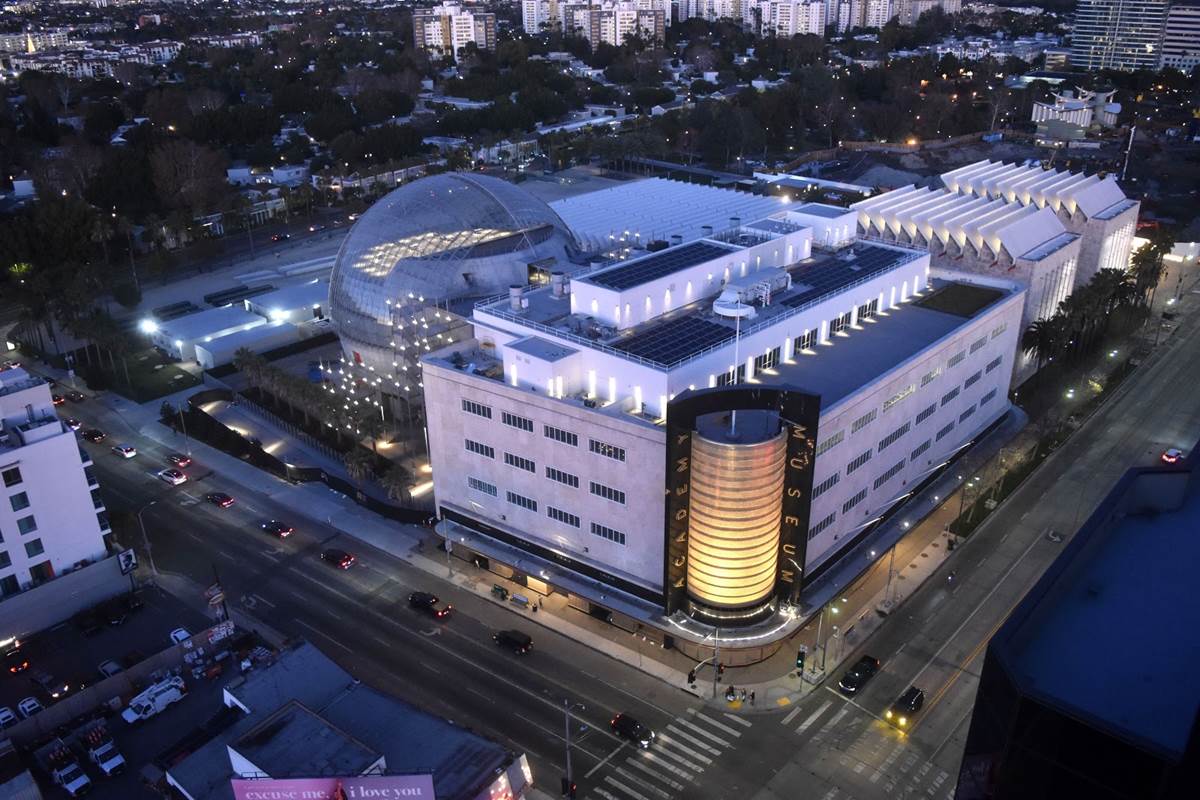 Several areas of the museum’s two buildings, designed by Renzo Piano, are available to visitors without the need of admission. Inside the lobby of the Saban Building, the renovated and expanded May Company Building first built in 1939, visitors will find the Spielberg Family Gallery which will immerse them in cinema history and serves as an introduction to one of the main galleries, “Stories of Cinema.” The Grand Lobby is also home to a cafe, restaurant and a museum store. The new Sphere Building has public spaces below and above the building, which levitates above the ground. The base includes the Walt Disney Company Piazza where visitors can enjoy the shade underneath the David Geffen Theater. The building is topped with a glass dome called the Dolby Family Terrace, an open air space available to the public that offers sweeping views of Los Angeles.

The paid experience begins with “Stories of Cinema,” which occupies three stories of the David Geffen Building. The exhibit celebrates not only the history of cinema, domestic and international, but also its diversity and most complex moments. This is also where many of the museum’s film artifacts can be viewed, including galleries themed to classic films like The Wizard of Oz and Citizen Kane in addition to more contemporary films like Real Women Have Curves. 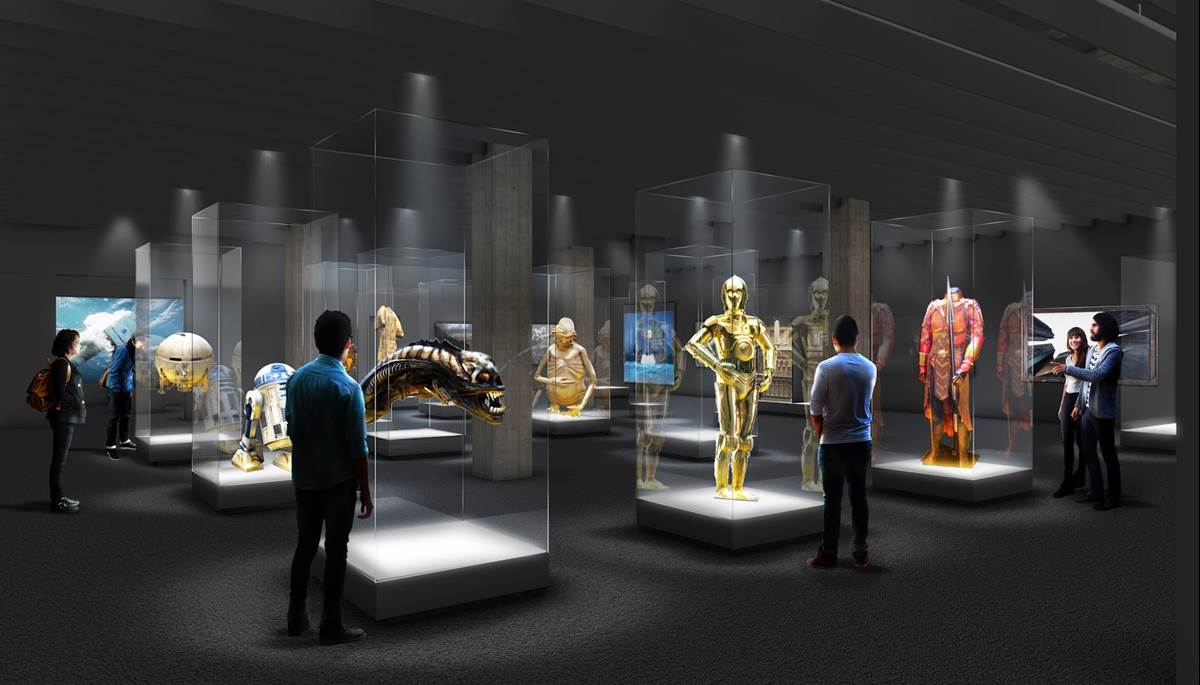 Encounters Gallery in Stories of Cinema, ©Academy Museum Foundation/Image by WHY Architecture

The galleries within “Stories of Cinema” showcase the history of the Academy Awards and the evolution of the ceremony in addition to the different moviemaking disciplines. These include story, casting and performance, sound, identity, inventing worlds and characters, special effects, and animation. The exhibit ends with floor-to-ceiling LED screens that chart a course to the future of filmmaking.

The third floor is where “Stories of Cinema” ends and is shared by the LAIKA Gallery, which will debut “The Path to Cinema: Highlights from the Richard Balzer Collection.” The gallery showcases items that led to the invention of cinema including magic lanterns and zoetropes. This is where visitors will be able to see Pixar’s Toy Story Zoetrope again. 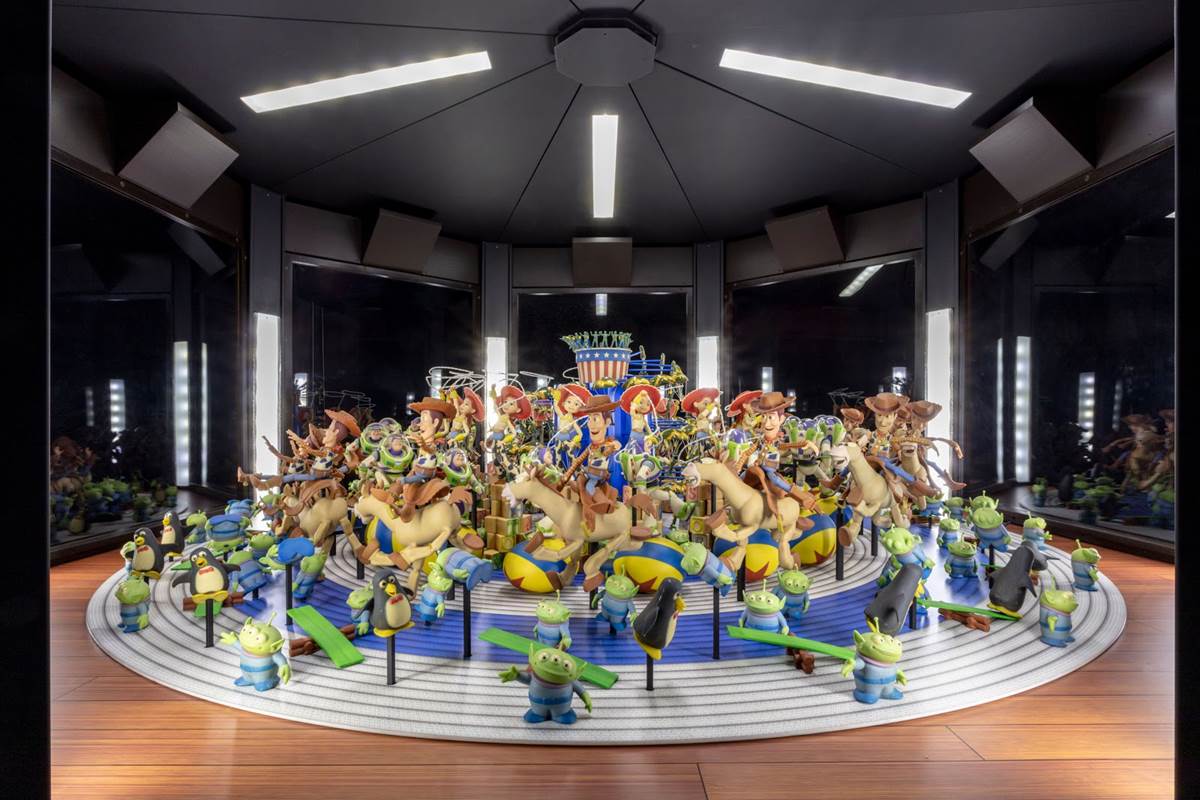 Debuting in the third floor’s East West Bank Gallery is “The Oscars Experience,” where visitors get to feel what it’s like to walk on stage at The Dolby Theater and accept an Oscar using VR.

Rounding out the third floor experiences is “Backdrop: An Invisible Art” in the Hurd Gallery. With a ceiling 34-feet in height, the gallery will house a memorable backdrop from Alfred Hitcock’s North By Northwest depicting the facade of Mt. Rushmore.

This rotating event space on the museum’s fourth floor will debut with the first retrospective in North America on Japanese animation director Hayao Miyazaki. More than 300 objects from all of his films, including the Oscar-winning Spirited Away, visitors will be taken on a journey through Miyazaki’s films and themes while getting to know the filmmaker better. Exhibits inside the Marilyn and Jeffrey Katzenberg Gallery will change over time, giving Studio Ghibli fans a reason to prioritize a visit to the museum when it opens. 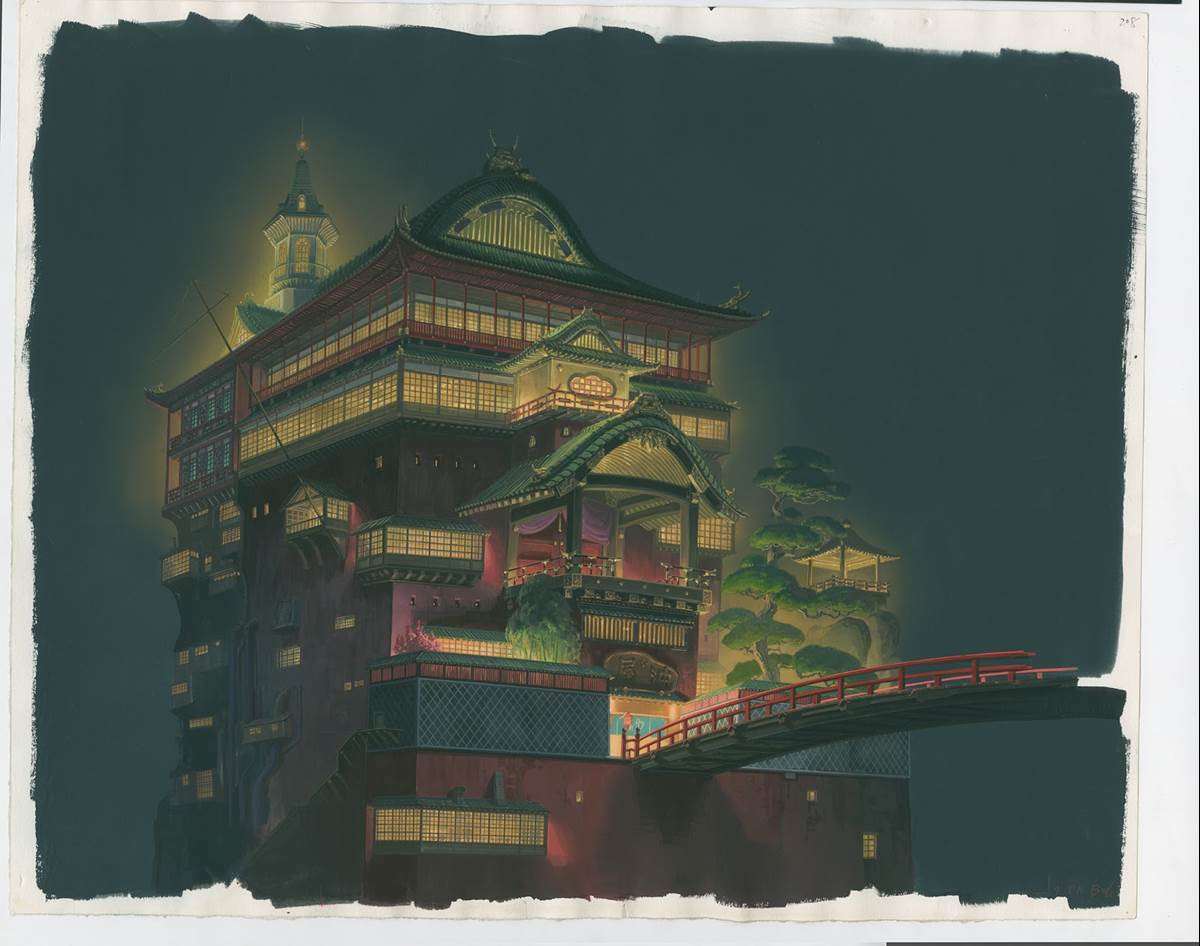 The Sphere Building houses two theaters. The David Geffen Theater has 1,000 seats and a projector capable of screening digital, 35mm, 70mm and nitrate film. The smaller 250-seat Ted Mann Theater can also screen 16mm films and in addition to screening films and shorts, both theaters can be used for lectures. 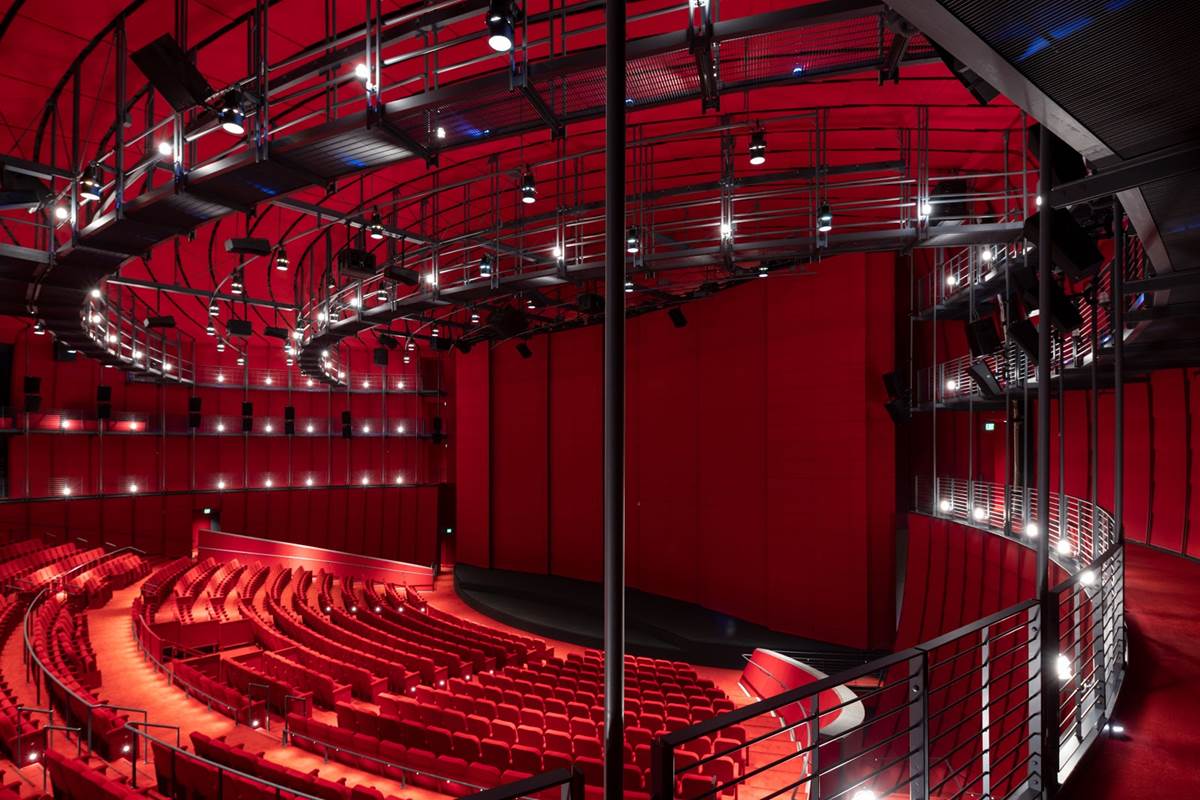 The Academy Museum of Motion Pictures will offer film fans a lot of exciting opportunities to not only pull back the curtain on how movies are made, but also see artifacts from classics up close. In addition to the Walt Disney Company Piazza, 20th Century Studios star and former Disney board member Shirley Temple’s name is applied to the education studio at the museum. 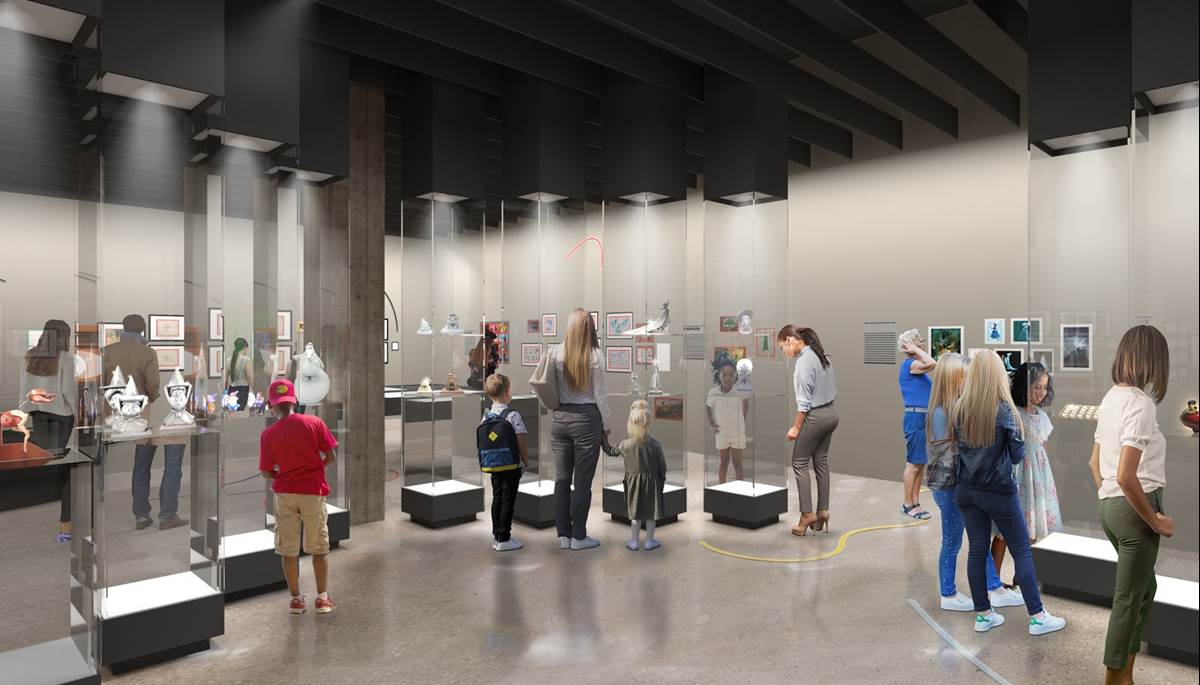 Animation Gallery in Stories of Cinema, ©Academy Museum Foundation/Image by WHY Architecture

The Academy Museum of Motion Pictures opens on September 30th and fans can already sign up to become museum members and register for the first wave of virtual programs, which kick off April 22nd. Click here to visit the museum’s official website.