We may be right in the middle of The Falcon and the Winter Soldier, but Marvel shared a new trailer for their upcoming series Loki today. This new trailer is loaded with action and certainly got fans excited, but it also features some very interesting images that eagle-eyed comic fans will get even more excited about. 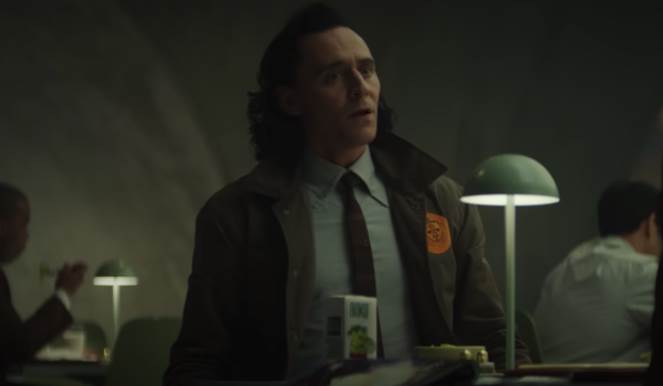 The majority of this new trailer focuses on Loki dealing with the Time Variance Authority (TVA), including Mobius, who is played by Owen Wilson. However, there are some very interesting details to catch in this trailer, such as… 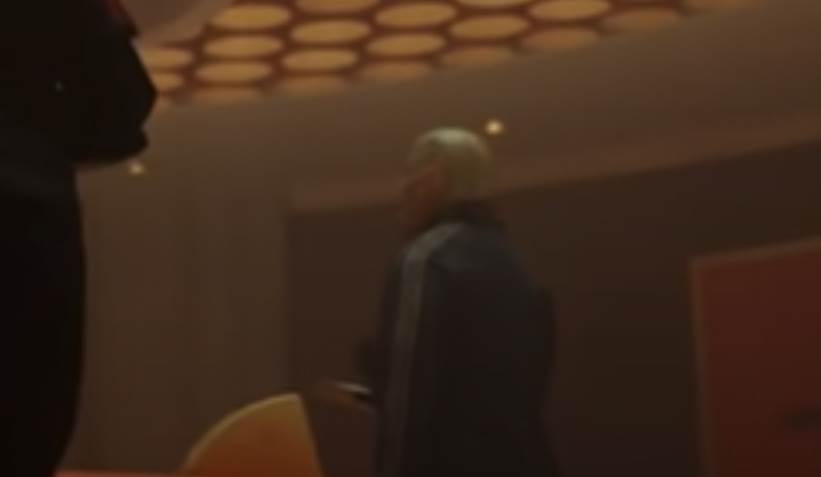 In one of the first couple of shots in this new trailer, we can spot a familiar alien creature in the background. It appears the Skrulls have even infiltrated the TVA. We don’t know what this particular Skrull is doing here, but we know they’re going to be playing a much bigger role in the MCU when the the Secret Invasion series comes to Disney+ in the future. 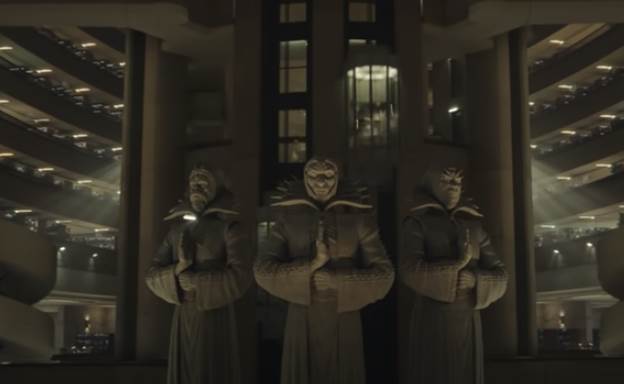 When fans of Marvel Comics thing of time travel, Kang the Conqueror is probably the first character that comes to mind. The longtime Avengers villain has had some connections to the TVA in the comics and there have been multiple statues that look very similar to him. Additionally, given Kang’s nature and the existence of the multiverse, the council of Kangs is a group of variations of the character who make big decisions on how to handle the time stream. These statues could be a nod to that. 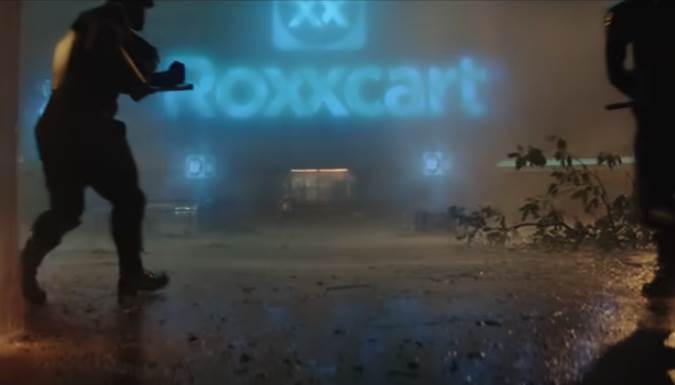 We get a quick glimpse of “Roxxcart” here as well. On the surface, this just appears to be some kind of department store, but Marvel fans will make the connection to the massive corporation known as Roxxon. This company has appeared in the MCU on several occasions in the past, including in Agents of S.H.I.E.L.D., Cloak & Dagger and even in Iron Man and Iron Man 2. The major oil company often has nefarious intentions and it looks as though we might be seeing a variant future dominated by Roxxon. 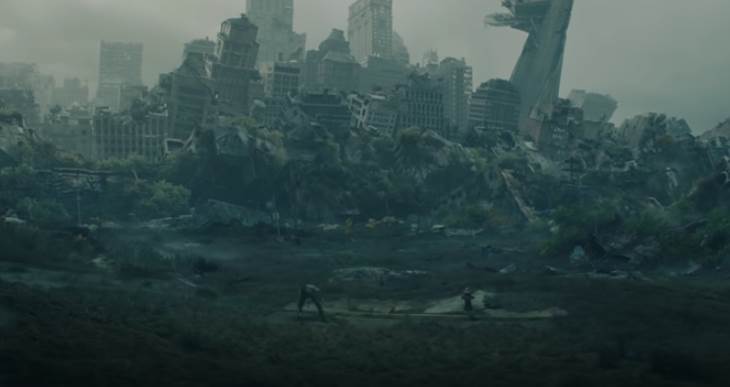 Speaking of variant futures, it appears as though New York has been destroyed in one quick shot. Loki surveys the wreckage, that includes a decimated Avengers Tower. We of course don’t know what happened to lead to this dystopian future, but I’m guessing we’ll find out. 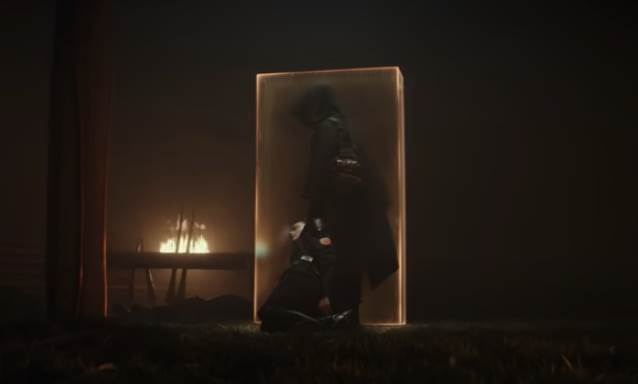 This is not exactly our first look at this mysterious hooded character, but we do see them quite a bit. It’s clear this character is very skilled in hand-to-hand combat and seems to be making short work of some of the guards associated with the TVA. Will this be a villain? Or will they have some other role to play? 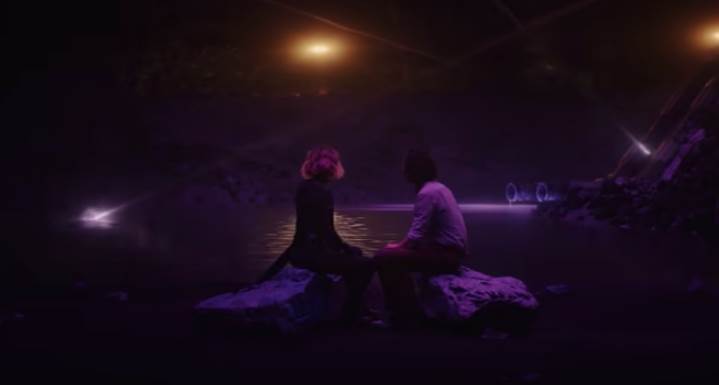 That’s right. This trailer gives us a very brief look at a deceased Avenger. It appears Loki pays a visit to Vormir, where Natasha sacrificed herself to allow Clint Barton to take the Soul Stone in Avengers: Endgame. And it looks like he’ll actually be spending some time with Widow here. Obviously, these two have had their differences in the past. Maybe they’ll work through them all. More importantly, does this leave the door open for Natasha to return to the MCU? Maybe the Avengers will be getting some unexpected reinforcements in the future.

Watch the full trailer below: