Hello and welcome to Part 3 of Laughing Place’s seven-part recap of the new DuckTales podcast This Duckburg Life, which is released Mondays on the official Disney XD YouTube channel.

Episode 3 of This Duckburg Life, entitled “Louie Sells Out,” begins with a discussion of the animal kingdom and a bug known as the Duckburg Bark Beetle from the fictional podcast’s host Huey Duck (voiced by Danny Pudi), who gets interrupted by his brother Louie (Bobby Moynihan) with “a word from our corporate sponsors.” Huey insists he doesn’t have any corporate sponsors, but Louie reveals he took it upon himself to sell a few spots. Huey says he needs time for all 23 segments he has planned about the beetle, which further convinces Louie he’s making the show better. Huey at least wants to screen the advertisers, but Louie says not to worry as he hand-picked them himself and 3% of the profits are going to his charity Louie’s Kids– under investigation in 49 states.

The first in-episode ad is for the kids’ arcade Funzo’s Fun Zone, “conveniently located at Duckburg pier.” Huey doesn’t have a problem with this ad, and returns to talking about the beetle, only to be immediately interrupted by another ad from Louie. This one is for the in-universe TV series Ottoman Empire, as featured semi-regularly on DuckTales. The hosts of the show promote their “Ottoman of the Month Club,” and then inventor Gyro Gearloose (Jim Rash) pops up in a subsequent ad to sell Bulbtech Bulbs, which are lightbulbs that screw themselves in automatically. Thankfully there’s only a 3% chance of the bulbs gaining sentience and turning evil– see last week’s episode for more on that trend in Gyro’s inventions. 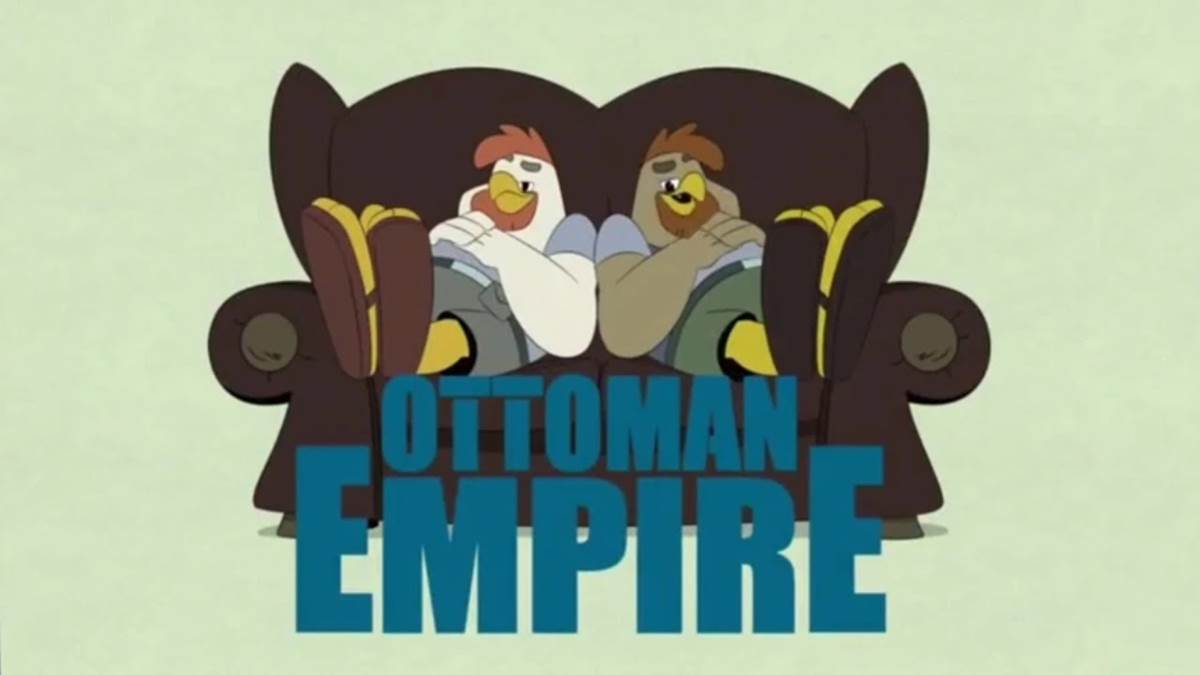 Now Huey is starting to get upset that the ads are taking up too much time in his show. “Oh no, people won’t find out how beetles sleep,” says Louie sarcastically. Huey skips ahead to Chapter 7 of his talk, which he calls “It’s Tough to Be a Bug”– a Disney Parks reference? Could be. As he begins listing the beetle’s natural predators, Louie cuts in with another ad. Mark Beaks (Josh Brener) has launched the Waddle Invention Hotline for aspiring creators, but be sure to read the fine print on the release form that makes your invention property of Beaks himself: “What have you got to lose… besides your intellectual property? Call today!” Huey is upset that Louie sold an ad to Marks Beaks. “He’s never actually been arrested for any crimes,” defends Louie. “Rest assured I won’t let any actual criminals advertise on this podcast.”

Huey skips to Chapter 13– “Bark Beetles: A Day in the Life” and is of course quickly cut short by yet another ad, this time from accident-prone pilot Launchpad McQuack (Beck Bennett), who has started a flying school with just one ten-minute class. “We’ll cover important topics like taking off, landing, avoiding Sky Pirates, remembering to put gas in your plane, what to do when you’re mid-flight and you realize you forgot to put gas in your plane, crashing, and asking Mr. McD to pay for the repairs.” Huey gets angry at Louie for playing another ad without his permission or even his knowledge. And before he can even begin to read Chapter 14, Louie breaks in with another two ads. The first is for the Beagle Boys Security Testers– swiftly breaking the promise Louie made about not having any ads from actual criminals– and the second is from another villain, namely Flintheart Glomgold (Keith Ferguson). 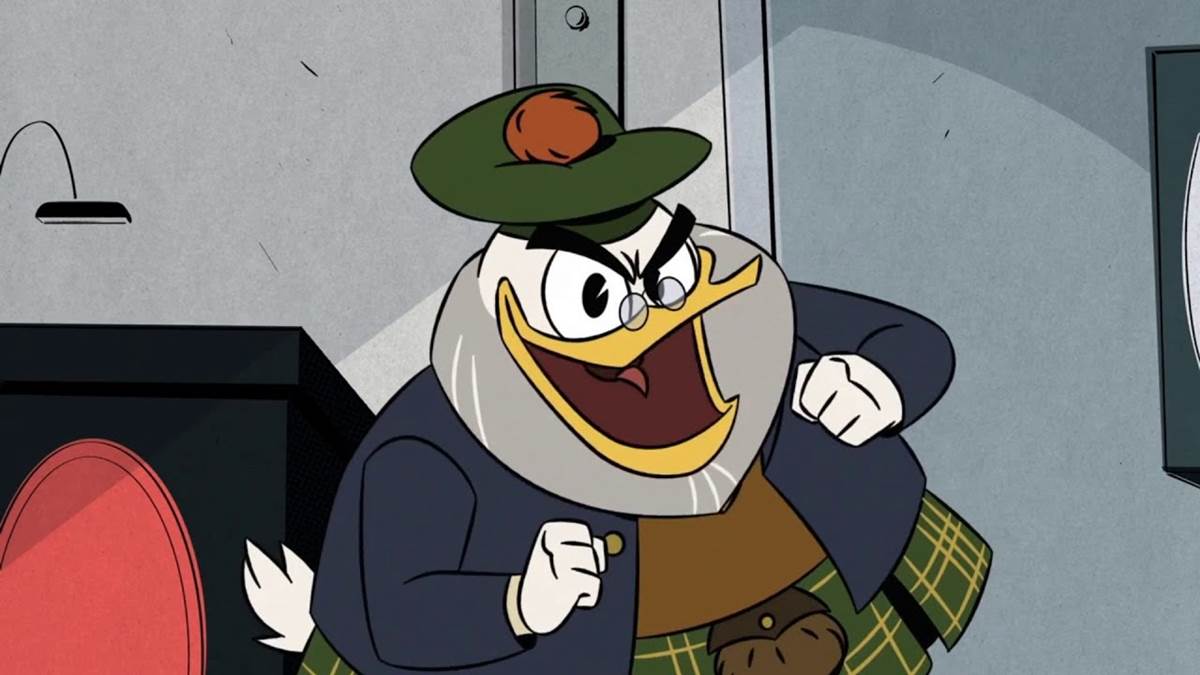 Glomgold seems to want his nemesis Scrooge McDuck to send him his DNA so he can frame him for a crime and become the richest duck in the world. Realizing he gave away his evil plan in the ad he just recorded, Glomgold concedes, “You win this one Scroogey, but I promise you Flintheart Glomgold will be back!” Huey and Louie argue about the so-called “hand-picked” advertisers, but Louie calms down his brother by telling him Glomgold’s was the last ad. Huey is relieved, but then his studio time runs out and he’s forced to rush through the rest of his presentation, skipping to Chapter 23: “The Bark Beetle’s Big Reveal.” But before he can finish his sentence, an alarm goes off and Louie says he’s rented out the next session in the recording studio to none other than Flintheart Glomgold: “I told you I’d be back!” Then Donald Duck (Tony Anselmo) wraps up the episode by reading the credits in his trademark squawk once again.