Marvel superhero teams have gone through many iterations over the years. The Avengers, X-Men, Defenders, even the Fantastic Four have seen dozens of lineup changes. The Guardians of the Galaxy are no different but now, they may have found the best squad they’ve ever had.

“Guardians of the Galaxy #13” appears to be the beginning of a new age for the intergalactic team of heroes as there are some very big things happening in this one issue. On top of that, this issue is loaded with your favorite characters and plenty of action. 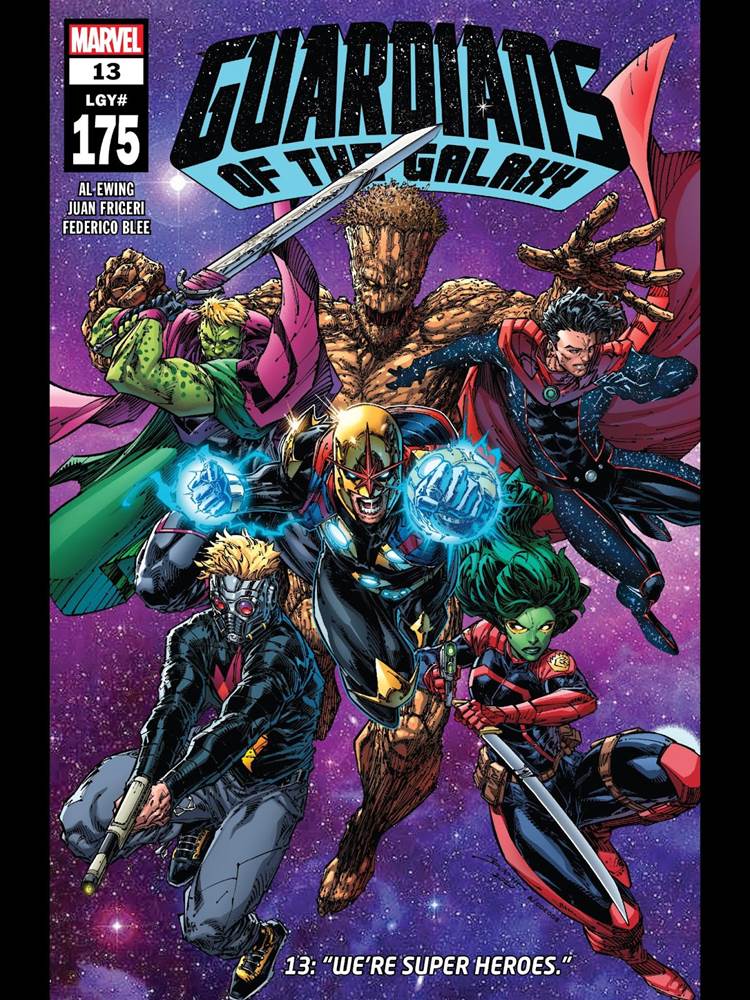 This is a very uncertain time throughout the galaxy. The Kree and Skrull recently joined forces and, with help from Earth’s Mightiest Heroes, dispatched the Cotati and stopped their evil plan. With almost no time to recover from that fight, the galaxy was decimated by a cosmic deity known as Knull. Now that the fighting is over, it’s time to see how things shake out.

Of course, the next problem is never too far away as we see in the beginning of this issue. The new Emperor Hulking and Wiccan leap into action against a group of hyper-advanced cyborg-like beings to protect and entire planet. That is, at least until the Guardians get onto the scene.

Even at half-strength, with the rest of the team investigating an issue on an entirely different planet, the Guardians know how to handle these types of situations. Now, with a very unique group of characters together, and another surprising one showing up, the future of the Guardians of the Galaxy is looking very exciting. 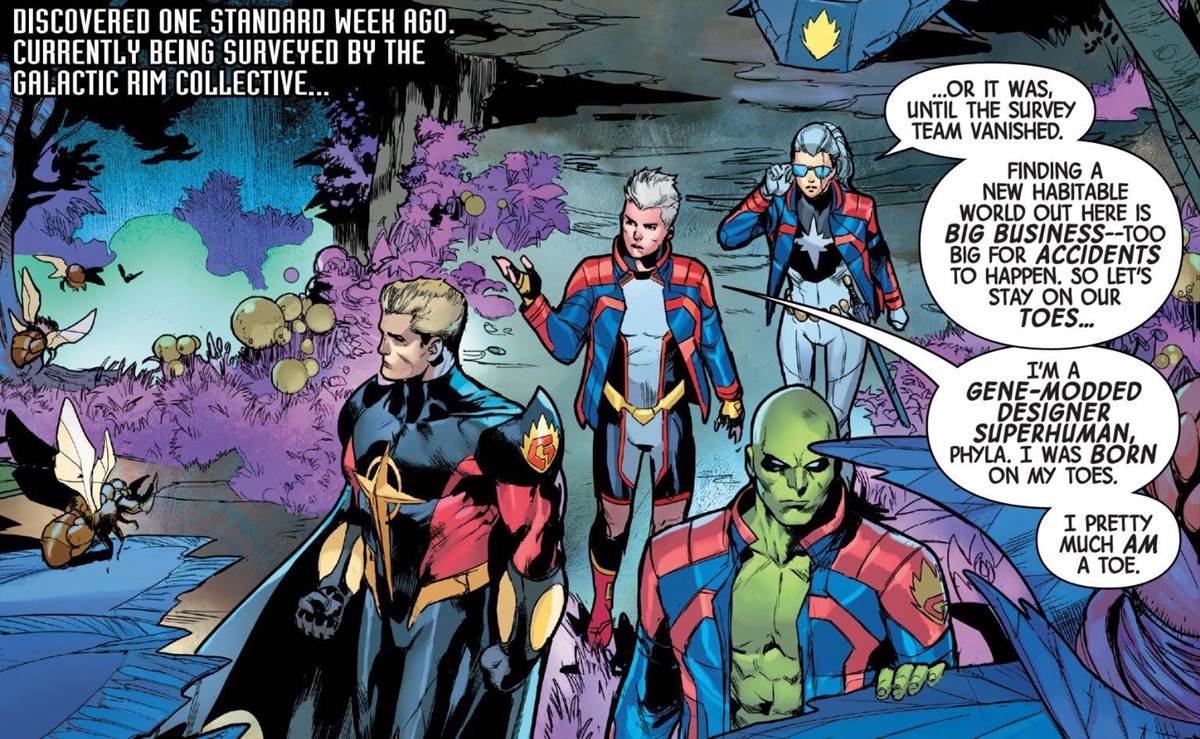 A lot of recent comics have featured some very unique and fun groups of characters but perhaps none quite as much as this one. In this comic, you’ll find, Hulkling, Wiccan, Nova, Star-Lord, Gamora, Drax, Rocket, Groot, Moondragon, Phyla Vell, Quasar, Marvel Boy, Super Skrull and even [redacted]!

All of that firepower on one team could really make for a crowded issue, but the team is perfectly split up into two different stories. That makes things much more manageable and allows each character to shine a bit in this singular issue. 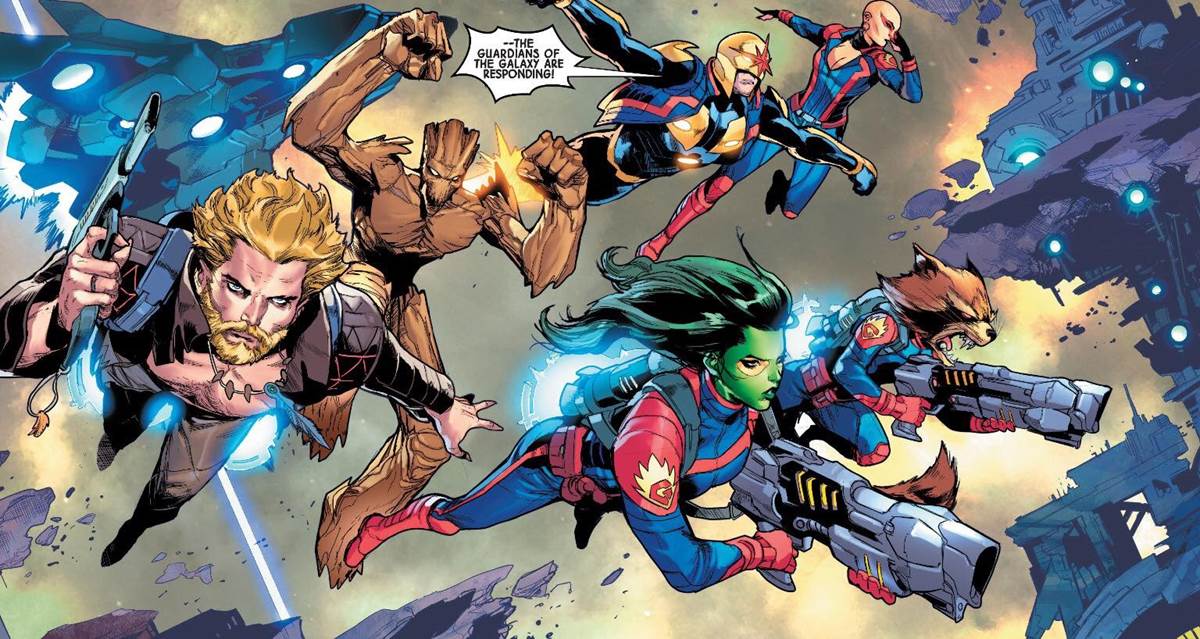 Now, with all of those characters being involved, this probably isn’t the best starting point. There is certainly a lot of context needed to fully understand what’s happening in this issue (like “Empyre #5” for example). That being said, this story is very easy to follow and if you wanted to jump into the story here, you’ll be able to follow along.

And again, the best part of this issue is the surprise ending. Adding another exciting character to the mix will drastically change the dynamic of this team moving forward. It makes for a very interesting story going forward and fans of these characters have a lot to look forward to. 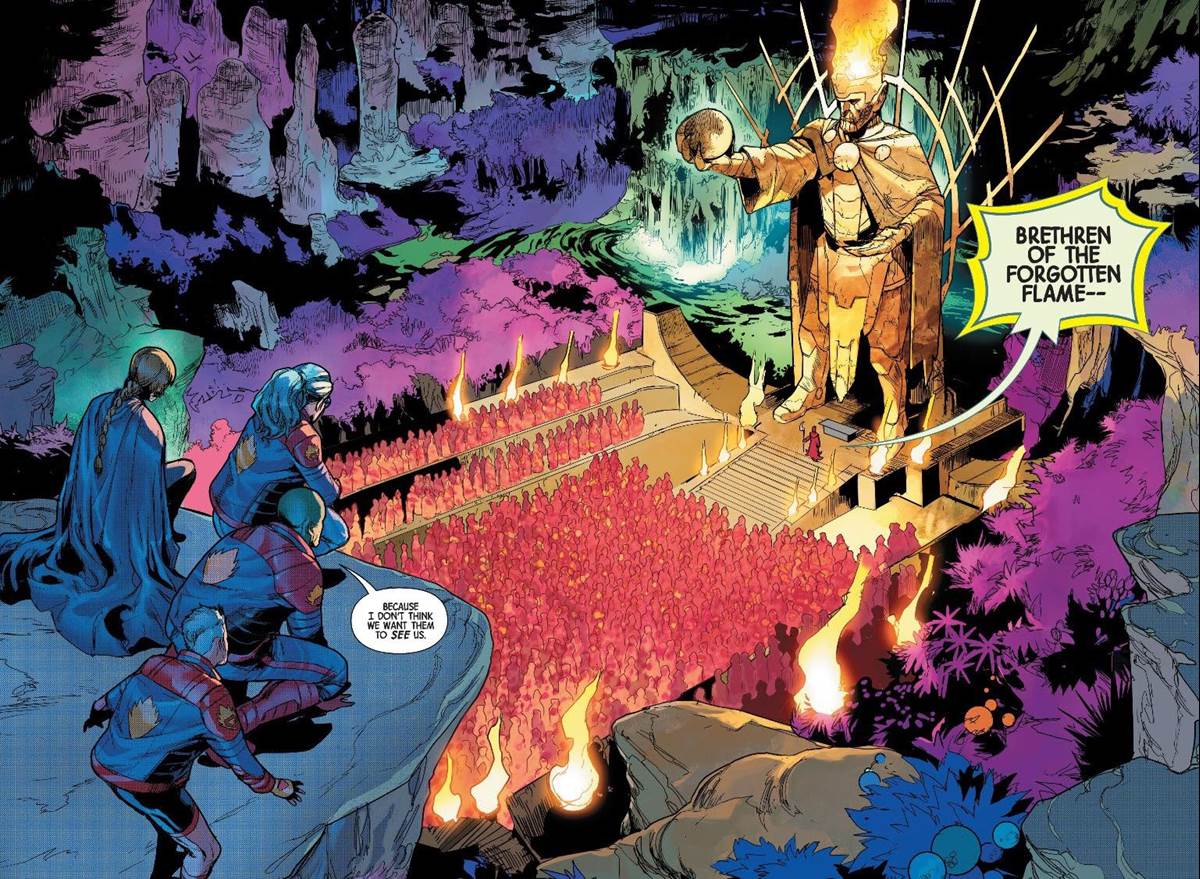 You can check out “Guardians of the Galaxy #13” now. For more on this week’s comics, check out today’s episode of Marvel Time: