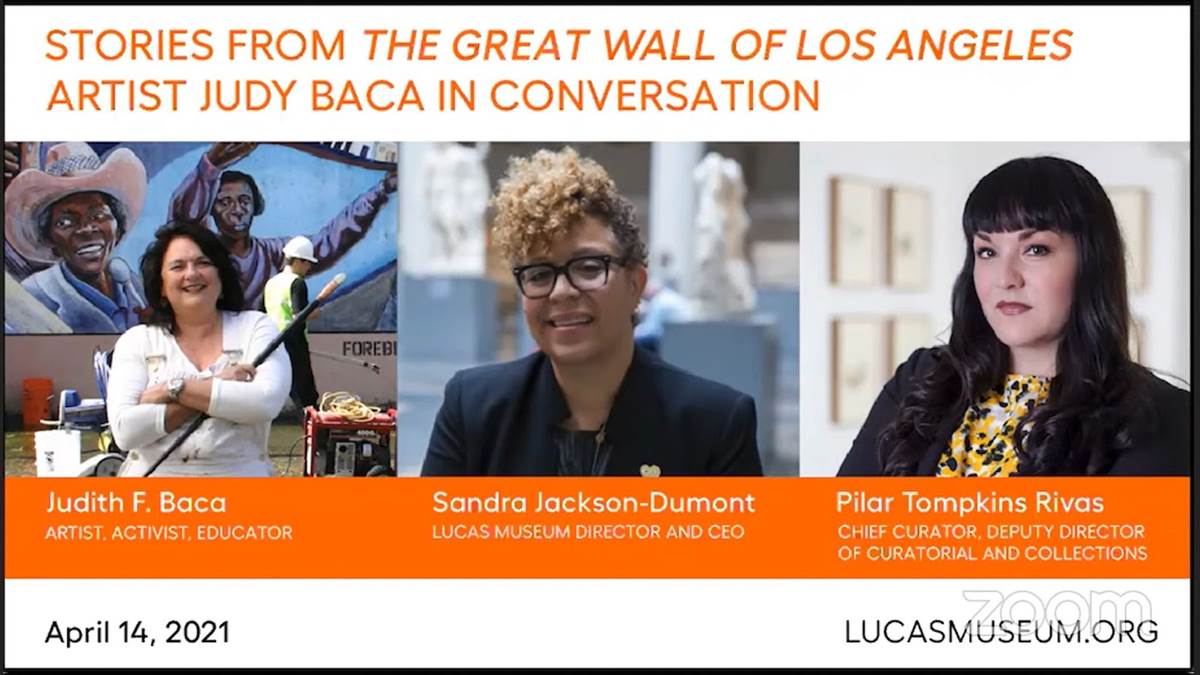 At the end of March, Los Angeles’s highly anticipated and currently-under-construction Lucas Museum of Narrative Art announced a new acquisition entitled The History of California (more commonly known as The Great Wall of Los Angeles) by artist Judith F. Baca.

And this evening, the Lucas Museum held a virtual talk featuring Judy Baca in discussion with museum director and CEO Sandra Jackson-Dumont and chief curator Pilar Tompkins Rivas about the half-mile-long artwork, which will be honored in the museum’s The History of California archive– a collection of “more than 350 objects related to the mural’s development and execution, including blueprints, concept drawings, mural studies, site plans, sketches, and notes and correspondence.” In the bullet-point list below, I've enumerated many of the most interesting factoids and tidbits of information to come out of this presentation.

The Lucas Museum of Narrative Art is currently under construction in Exposition Park, Los Angeles and scheduled to open in 2023. For more information, be sure to visit the museum’s official website.