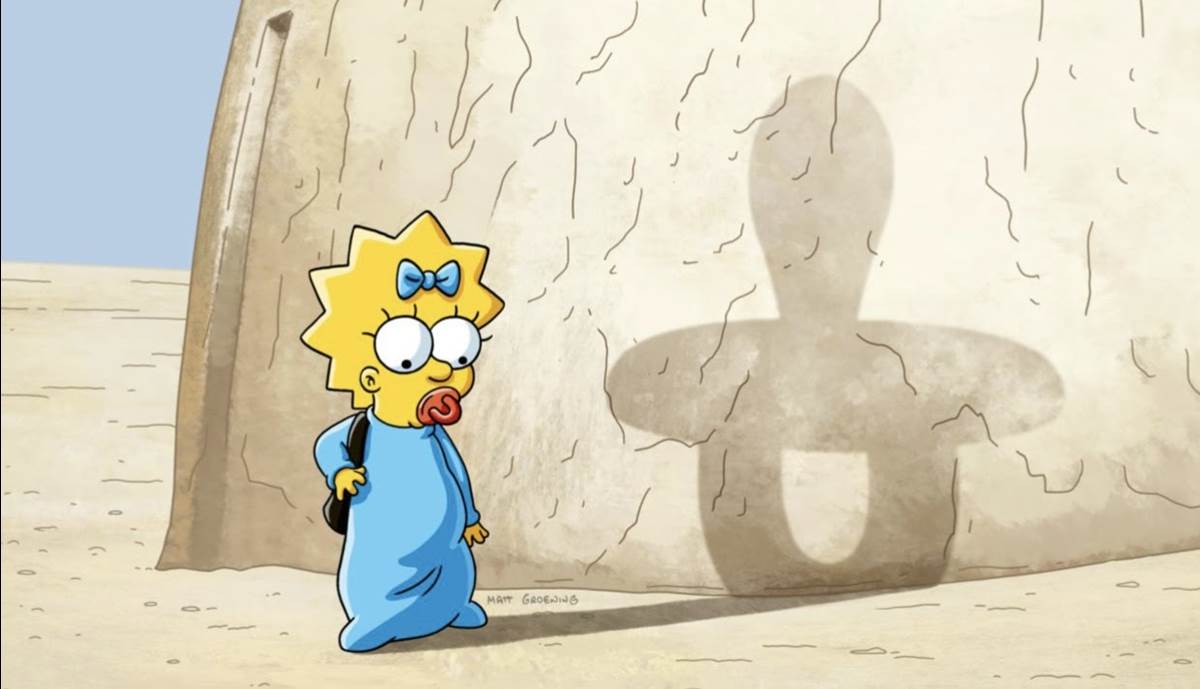 When the announcement came yesterday morning about a new The Simpsons short entitled Maggie Simpson in ‘The Force Awakens from Its Nap’ to be released today in celebration of Star Wars Day (May the Fourth Be with You) on Disney+, I was a little hesitant about it. The joke in the title is more than a little stale– I feel like I’ve seen people make it on Twitter for years– and let’s face it, The Simpsons has been past its prime for a couple decades now. On the other hand, the previous two Maggie shorts, entitled The Longest Daycare and Playdate with Destiny, both released theatrically in front of other animated features– have been entertainingly pleasant departures from the usual Simpsons schtick. They’re playfully pantomime cartoon shorts with little to no dialogue and a cavalcade of visual gags crammed into just a few short minutes– at the very least they’re brief (and funny) enough that even folks who don’t ordinarily care for The Simpsons won’t be bothered for too long.

Maggie Simpson in ‘The Force Awakens from Its Nap’ is even shorter than those other two (a brisk three and a half minutes instead of five), but it’s certainly no less amusing. It opens with a similar premise to the first two: Maggie’s mother Marge looking for a place to drop her baby daughter off for the day and settling on Jabba the Hutt’s Jedi Preschool, where one of the first gags we get is a coded message in the fictional Star Wars language of Aurebesh congratulating nerds like me on their cryptography skills. What follows is a rapid-fire collection of Easter Eggs hidden in among the broadest of story beats, wherein Maggie explores the daycare center and faces off against her one-eyebrowed arch-nemesis Baby Gerald, who now looks an awful lot like Darth Maul, double-bladed red lightsaber and all.

My favorite jokes in this short were the self-referential ribbing of The Simpsons’ new owner The Walt Disney Company, including a cameo appearance by the Team Disney building from the famous Burbank studio lot and the implication that Disney stock may plummet as an immediate result of the company eliminating a particularly popular character. But there’s plenty of other stuff to absorb as well, and viewers may find themselves rewatching this enjoyable novelty two or three times just to catch all the other references and freeze-frame gags like a sign that reads “NO EATING PEANUTS, BLUE MILK OR OTHER STUDENTS.” I also laughed pretty hard at the carbon-freezing time-out area and The Mandalorian-esque concept art over the short’s end credits. So if you’re even a casual Star Wars and/or The Simpsons fan and happen to have a few spare minutes this May the 4th or anytime after, I’d say Maggie Simpson in ‘The Force Awakens from Its Nap’ is worth checking out. I mean, it probably took you longer to read this review. 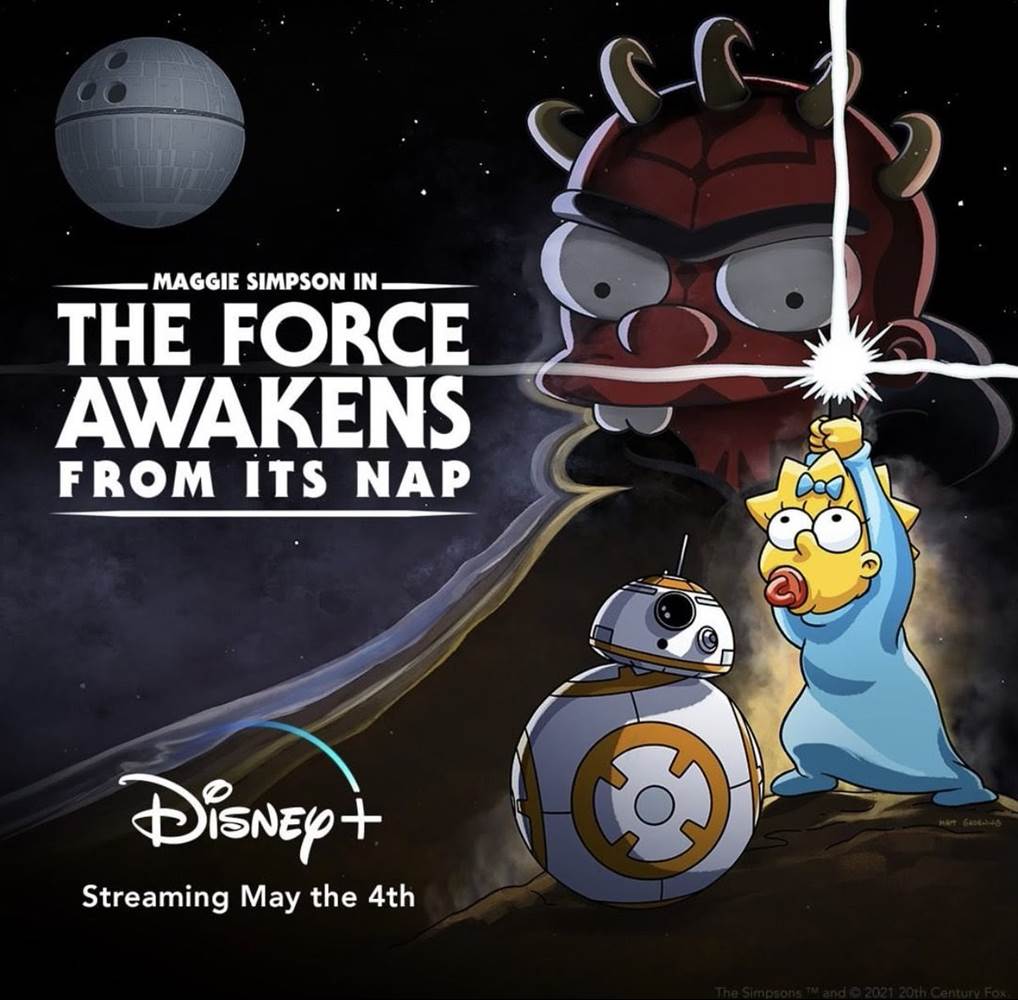 Maggie Simpson in ‘The Force Awakens from Its Nap’ is now available to stream exclusively on Disney+.