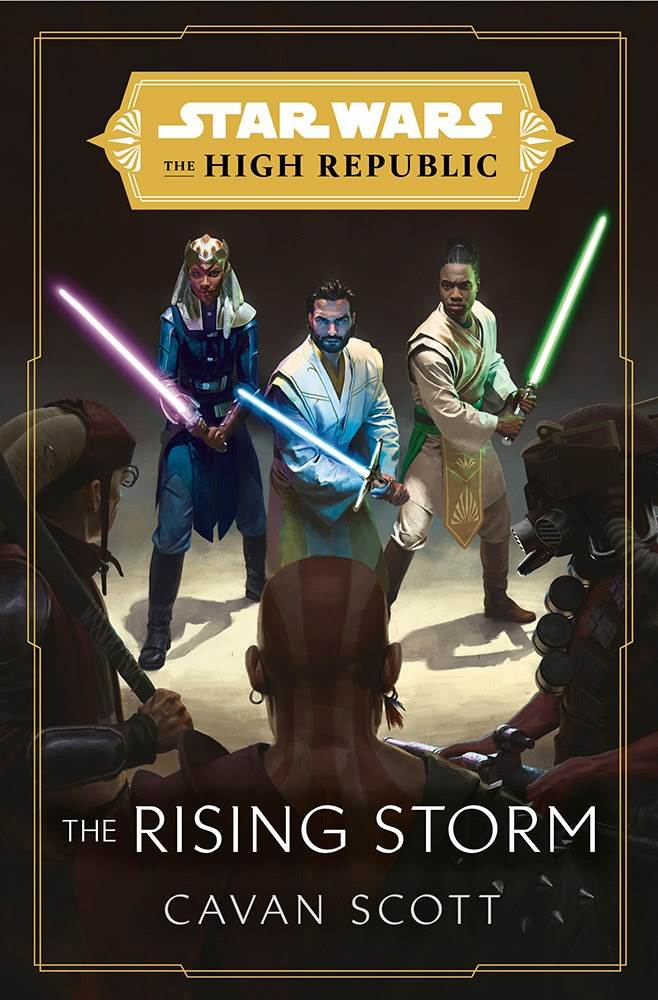 But next month sees the release of Scott’s first full-length prose novel set in A Galaxy Far, Far Away– Star Wars: The High Republic – The Rising Storm, which serves as the flagship book in the second phase of Lucasfilm Publishing’s ambitious cross-platform initiative set two centuries before the events of the Skywalker Saga. 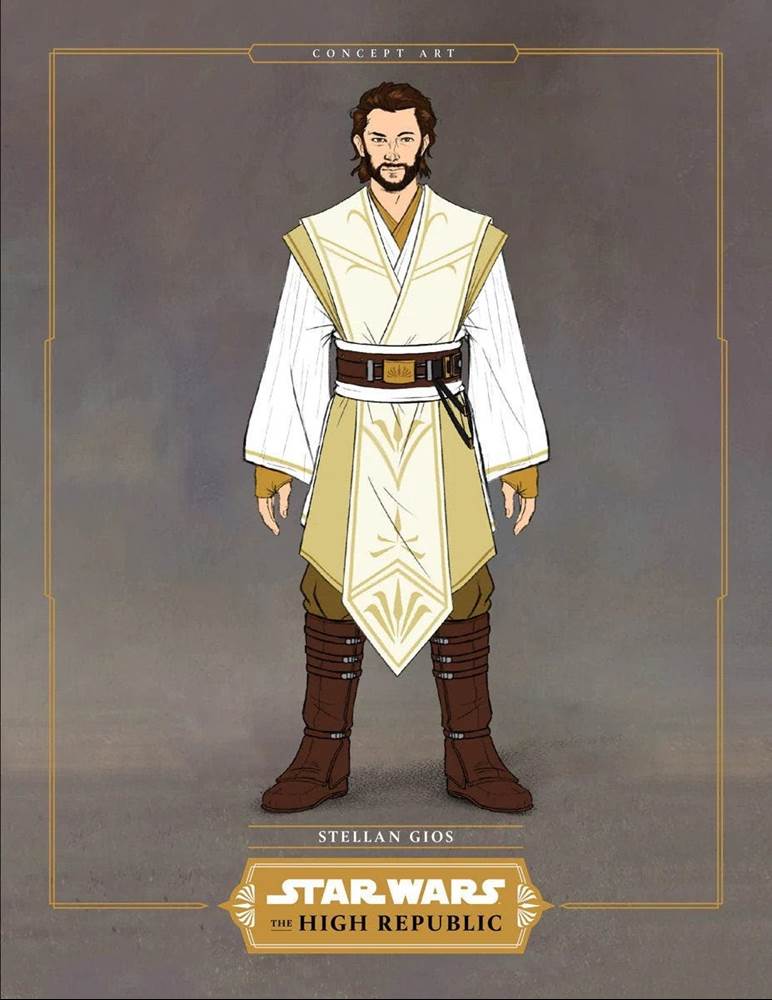 Star Wars: The High Republic – The Rising Storm follows Charles Soule’s Light of the Jedi (which was published back in January) as the second “adult” novel in this series, and is centered around the planning and execution of the Republic Fair– one of Chancellor Lina Soh’s visionary “Great Works” set to be achieved during this remarkably prosperous and flourishing time in the galaxy. The first half of this novel is spent setting up the fair: we get tours of the impressive grounds on the planet Valo through the eyes of the characters helping to organize it, and we see the Jedi who are sworn to protect the symbolic event as “guardians of peace and justice.”

As you may have guessed, the Republic Fair is heavily inspired by the real-life World’s Fairs of the mid-20th century, especially the 1964 World’s Fair in Flushing, New York. There’s even a hilarious intergalactic send-up of Walt Disney’s “It’s a Small World” attraction which debuted at that event, with multiple characters commenting on how irritating the repetitive song (performed by countless holographic children from around the galaxy) is. It all sounds like a very pleasant experience– parts of the fair even remind me of EPCOT Center, with its floating islands representing different planets instead of the Disney theme park’s World Showcase– and is indeed something I’d enjoy visiting or perhaps seeing depicted in live-action or animation, but it wouldn’t be Star Wars without some kind of conflict. 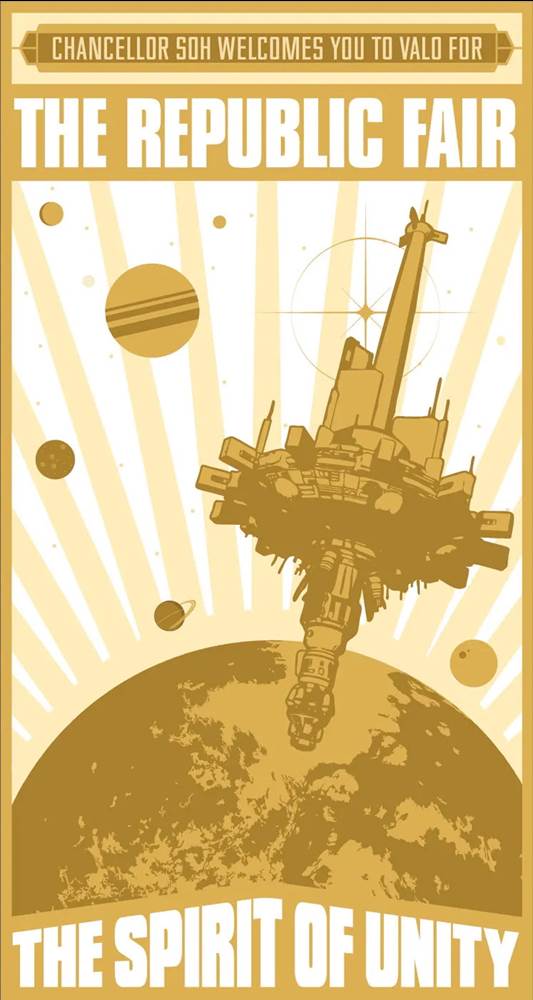 The previous books in The High Republic (including Soule’s Light of the Jedi, Claudia Gray’s young-adult entry Into the Dark, and Justina Ireland’s middle-grade adventure A Test of Courage) established a particularly nasty band of marauders called the Nihil, who have carried over into IDW’s Star Wars: The High Republic Adventures comic book by Daniel José Older and now into The Rising Storm. Into the Dark and Scott’s own High Republic comic for Marvel also introduced another faction of baddies– namely the sentient plant monsters called the Drengir– but those mostly take a back seat here as the Nihil unleash another wave of attacks. First they strike a shipyard where one of the Republic Fair’s featured exhibits (an advanced scientific research vessel) is being prepared, but the Jedi and the locals manage to fight that one off without too much hassle.

So Chancellor Soh, her Republic, and the Jedi enter into the fair overconfident in their abilities to defend against the Nihil, and around the novel’s halfway point they start to learn the folly of that boldness. The next hundred or so pages is by and large one big action setpiece, with Jedi and their allies fighting off their enemies in ground battles that complement the space combat we saw at the beginning of Light of the Jedi in demonstrating the skills of our heroes under dire circumstances. I’ll admit that after the lengthy setup I was hoping for more of a “Die Hard in Disneyland” type situation, but the specifics of the fair somewhat disappointingly don’t factor into the ensuing chaos too much, except to provide the combatants with places to escape and vehicles to utilize during the confrontation.

Still, Scott does a good job in further reinforcing the threat the Nihil pose to the Republic at large and the Jedi as a safeguard, reminding us via both text and subtext that at this point in galactic history there isn’t a centralized army to protect the government and its citizens against a larger threat. On the negative side, much like with Light of the Jedi I think The Rising Storm suffers from having too many protagonists. There’s at least five main characters on the Jedi side whose perspectives we keep shifting between, plus a number of supporting players scattered around the fairgrounds, and that’s not even counting the three Nihil baddies locked in a power struggle and the kidnapped Jedi Master Loden Greatstorm, who’s in captivity at the villains’ base. 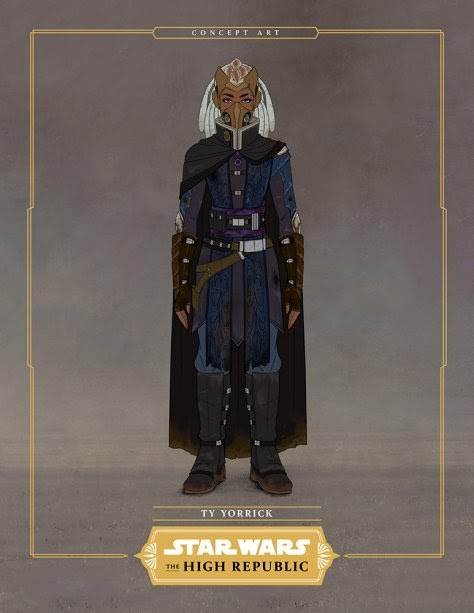 It’s a lot to absorb, and a lot to cram into 400 pages, especially considering the rapid-fire staccato length of the chapters that Scott delivers– there are no less than 76 of them in this book, and I often felt like I was recovering from whiplash with all the jumping around between locations. Ultimately I would have preferred a pared-down story with a narrower focus and deeper exploration of fewer characters’ mindsets, but I have a feeling I’ll get that when I start Justina Ireland’s Out of the Shadows, the next young-adult entry in The High Republic. At this point I understand that the overarching “adult” titles in this series are going to have a lot more ground to cover, more story beats to hit, and more Jedi to check in on as this multi-year enterprise continues to unfold.

As expected, Star Wars: The High Republic – The Rising Storm ends with an ominous cliffhanger, ushering in the series’ third phase of books, which is likely due along in another six months or so. I’m definitely enjoying the project so far on the whole and looking forward to reading more, but next time around I’d love to see an author tackle a story that isn’t just about the Jedi responding to a tragic Nihil attack on the ever-expanding Republic. I know these talented writers are capable of coming up with something a bit more interesting and less repetitive, and there are hints of exploring the Jedi Order’s fascinating mythology in here that give me hope for more of that down the line. 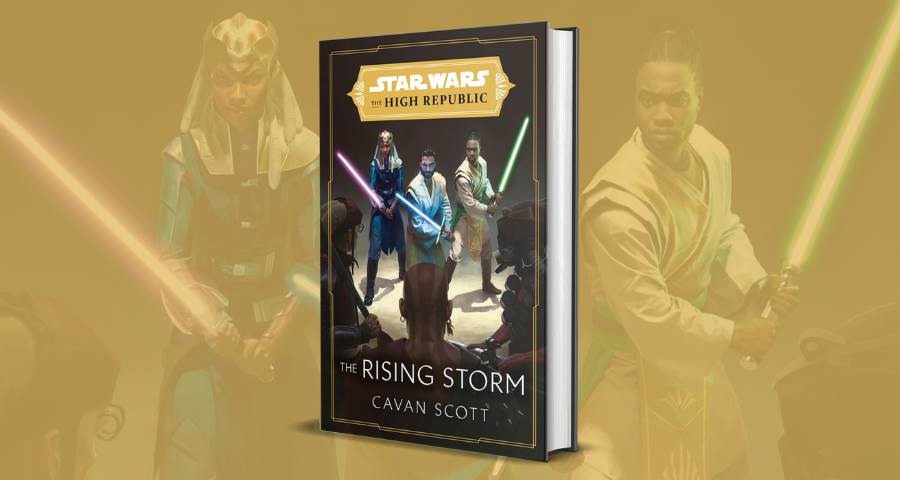 Star Wars: The High Republic – The Rising Storm will be published on June 29, but is now available for pre-order.