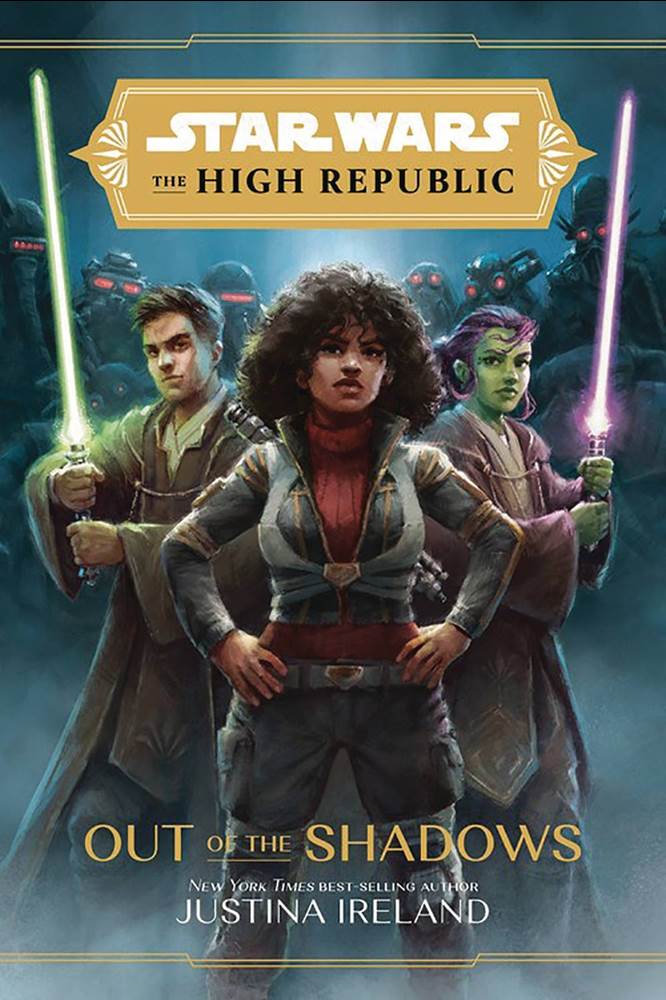 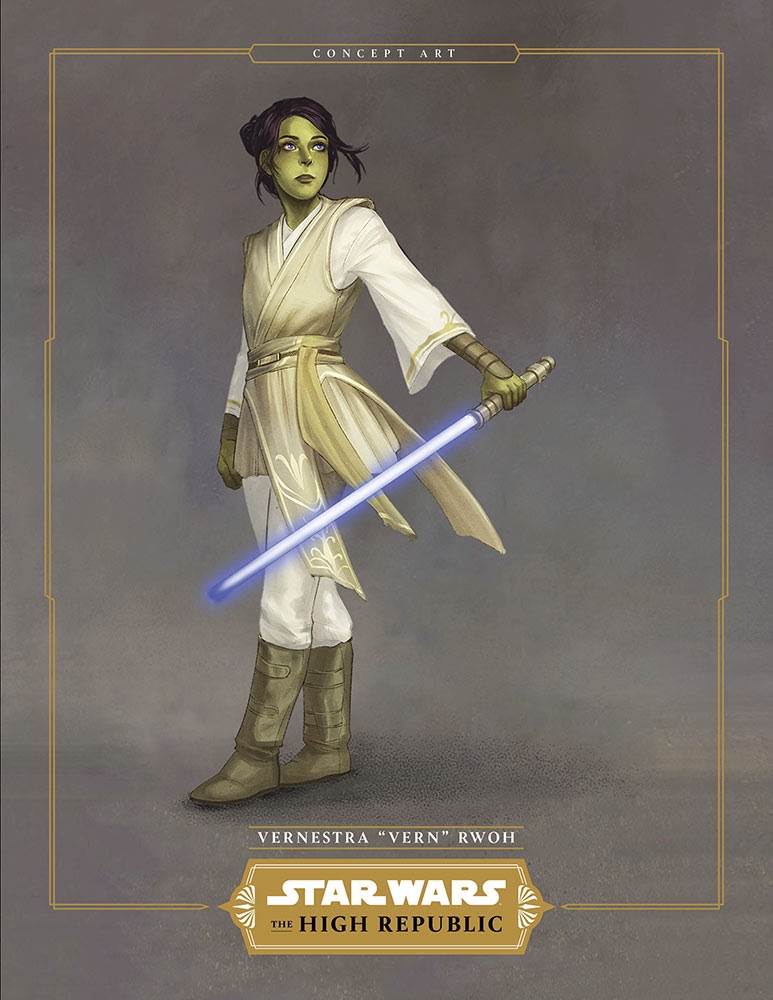 Out of the Shadows focuses on the young Jedi Knight Vernestra Rwoh, who Ireland previously introduced in A Test of Courage, who has been stationed alongside her new Padawan learner Imri Cantaros on the Starlight Beacon since the Nihil attacks featured in The Rising Storm and Charles Soule’s Star Wars: The High Republic – Light of the Jedi before that. Vernestra and Imri are suddenly called back to the main Jedi Temple on Coruscant for a mission by Vern’s (don’t call her that) old master Stellan Gios, now a member of the Jedi High Council. Meanwhile, a trader named Sylvestri Yarrow– I admittedly kept confusing her with Affie Hollow from Claudia Gray’s excellent young-adult effort Star Wars: The High Republic – Into the Dark— also makes her way to the Galactic Republic capital to report her ship having been boarded and stolen by the Nihil after being unexpectedly ripped from hyperspace by the ruthless marauders.

Yarrow finds herself entangled with a wealthy family of prospectors called the Graf clan– competitors to the San Tekkas we’ve spent time with in other High Republic books– and enlisted on the same mission as the Jedi, who are joined by the studious Reath Silas (spotlighted in Into the Dark) and his current master Cohmas Vitus. Together they must travel to the Berenge system, where dangers await them around every corner– including surprises from Sylvestri’s past and visions of Vernestra’s future. It’s a fun adventure that takes a little too long to get going (literally three-quarters of the novel goes by before the team leaves Coruscant for Berenge), as Ireland has a somewhat unfortunate tendency to overexplain, and then re-overexplain, the group’s goals before they finally set out on their way.

Because of that regrettable wheel-spinning in the book’s middle hundred-and-fifty pages or so, the story sags and drags near its center, but the beginning and end are highly entertaining and the extremely intriguing wrap-up genuinely left me wanting more. I just wish Ireland had found a way to condense the action– or lack thereof, considering the nearly endless briefings around the novel’s halfway point– to better sharpen the narrative’s structure and pacing, such important factors in Star Wars storytelling. At 300 pages I might have called Out of the Shadows excellent, but at 425 it feels a tiny bit bloated. Still, there’s a lot to like here and I think members of the target demographic will get a kick out of reading what goes on in a Jedi’s mind when they’re at that same age. There’s an almost hilarious amount of discussion of crushes, physical attraction, and youthful relationships for a yarn about the supposedly chaste Jedi Order, but a big part of that is due to Sylvestri and her tag-along ex-girlfriend Jordanna… and ultimately I wouldn’t expect anything less from the young-adult entry in The High Republic’s second wave. Star Wars: The High Republic – Out of the Shadows will be released on July 27, but is available for pre-order now.