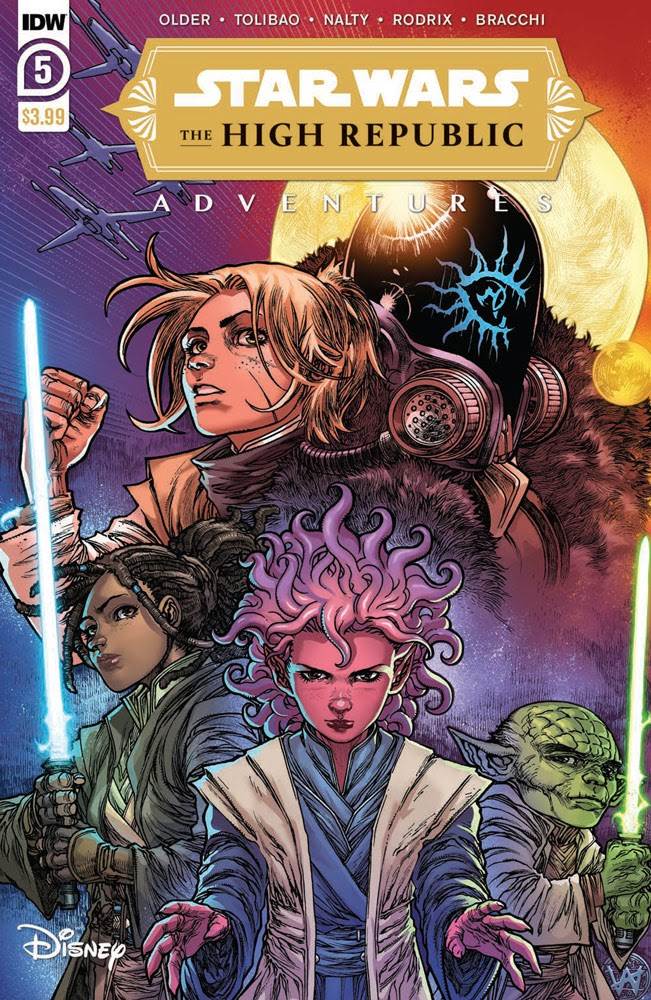 Daniel José Older’s writing style is steadily growing on me as he contributes more and more to the current Star Wars canon, and that’s helped out in a big way by the ongoing comic book Star Wars: The High Republic Adventures from IDW Publishing.

Issue #5 of The High Republic Adventures continues where last month’s left off, with the Force-sensitive non-Jedi Zeen Mrala doing her best to turn her friend Krix Kamerat away from his allegiance with the villainous band of marauders known as the Nihil. 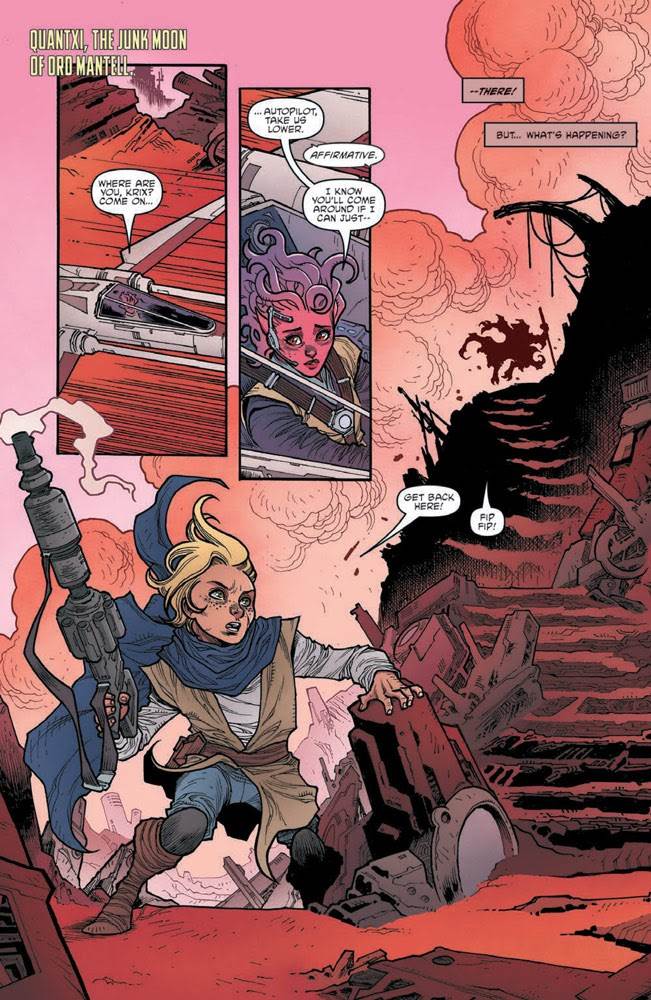 Zeen has traveled to Quantxi– a junk moon orbiting the planet Ord Mantell– with her new Jedi Padawan friends Lula Talisola, Qort, and Farzala Tarabal, where the Nihil are about to massacre the native Junk Mavens after their plan has gone awry. The Padawans spring into action to help Zeen escape the chaos, while the newly arrived Jedi Masters Yoda, Torban Buck (AKA “Buckets of Blood”), and Kantam Sy deal with the Nihil themselves, via the help of the wayward Elder Tromak from Zeen and Krix’s home planet of Trymant IV. Naturally Zeen’s attempt to sway Krix toward the light side doesn’t go quite as planned, and Zeen even demonstrates a frightening ability veering toward the other side of the Force along the way. Plus, a Mantellian Savrip shows up (a fearsome creature first seen as a holochess piece in the Millennium Falcon’s Dejarik board) and wreaks all sorts of havoc. 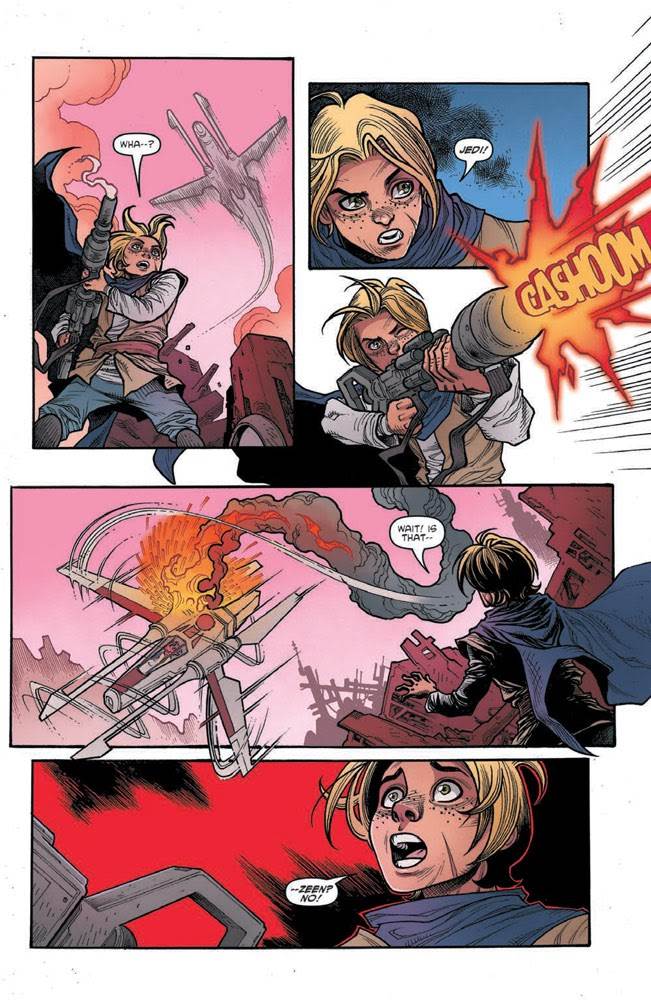 This issue represents the final chapter in “Part 1” of Star Wars: The High Republic Adventures, and it does wrap the first arc up in a fairly tidy bow– though it promises further development for the characters of Zeen and Krix as they further solidify their dedication to the Jedi Order and the Nihil, respectively. I do find it very interesting that the Jedi are still refusing to let Zeen train as one of their own (I believe they’ve said because she is “too old to begin the training,” though we see that rule both bent and broken later on in the timeline), while Nihil leader Marchion Ro is basically taking Krix under his wing as something of a protege. I have a feeling that particular difference between the two factions is going to be played up later on in the story as evidence of why the Jedi probably need to learn to be a little bit more flexible in their adherence to their code. I also want to say that in addition to the writing of this series, the art by Harvey Tolibao, Pow Rodrix, and Manuel Bracchi– with colors by Rebecca Nalty– is growing on me as well. Sometimes it still strikes me as a little too busy for its own good, but it’s so unique and full of detail that I can’t help but admire it. And as the second wave of Star Wars: The High Republic novels prepares for release, I’m definitely looking forward to seeing how this comic (not to mention its Marvel counterpart) follows through on those narrative developments.