TV Review – “Assembled: The Making of Loki” Goes Behind the Scenes and Confirms Some Marvel Comics Connections

With Marvel’s Loki wrapping up its first season last week, Disney+ followed its familiar formula and gave us Assembled: The Making of Loki today. The docuseries returns to give us another behind-the-scenes look at how this incredible new series was made and the unbelievable amounts of work that went into making it a possibility. With interviews from much of the cast and crew, it’s the perfect bookend to what was a very exciting first season. 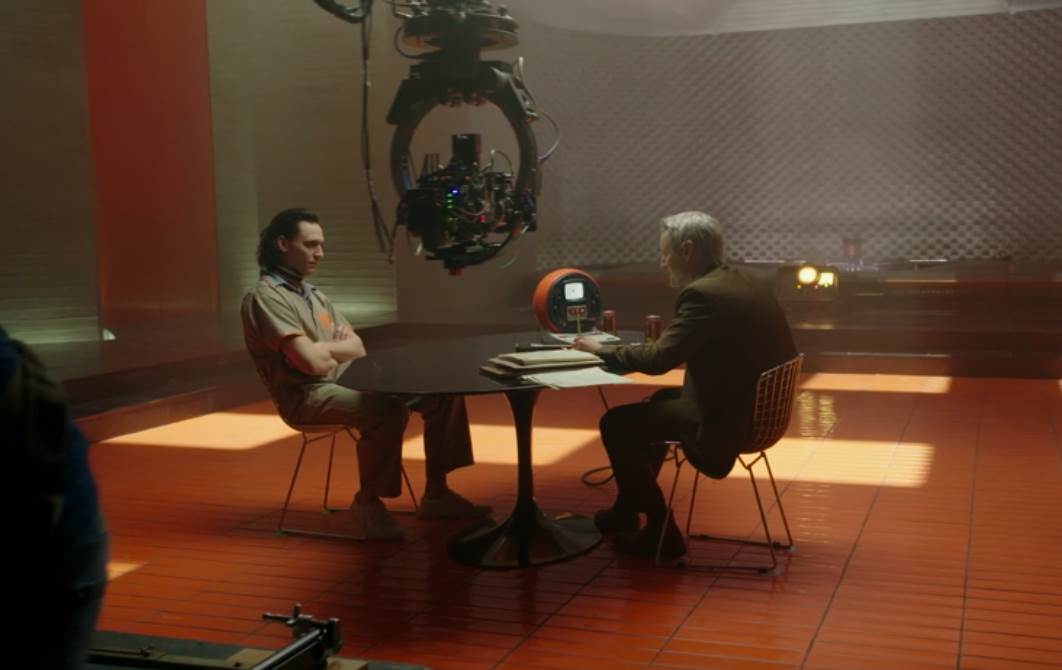 The biggest difference between this latest installment of Assembled and previous episodes, is a narration for Loki himself, Tom Hiddleston. The doc opens with some humorous, and yet at times profound, voiceover from Hiddleston. He returns several times throughout the doc to provide some further narration to set up specific talking points.

Of course we also hear from Hiddleston in a more candid manor throughout the doc as well. He talks about his long, emotional journey playing the character of Loki over the course of the past 11 years. We also get to hear some of the insight he provided on the character to some of the other members of the cast, like Owen Wilson.

And speaking of the other members of the cast, we also get to hear from Gugu Mbatha-Raw (Ravonna Renslayer), Wunmi Mosaku (Hunter B-15), Sophia Di Martino (Sylvie) and, of course, the aforementioned Wilson (Mobius). Each one get a little bit of time in the spotlight to discuss what it was like to bring these characters to life.

Mbatha-Raw gets the chance to discuss what it was like to play a character from Marvel Comics while still creating a bit of a previously untold story for her. We also get to see her on the set of her office, with which she says she “bonded.” Mosaku, doesn’t quite get as much screen time as some of the others, but she does get a chance to discuss being a bit of an “action hero” while also bringing an element of heart and warmth to the show.

Di Martino actually gets to discuss playing this sort of hybrid character of Sylvie, who is confirmed here to be both another version of Loki and a twist on the comic book character of Sylvie Lushton, the Enchantress. We also got an explanation of her fighting style vs. that of Loki, With Sylvie being on the run for most of her life, her style is much more about survival and doing whatever it takes, whereas Loki’s is much more elegant. 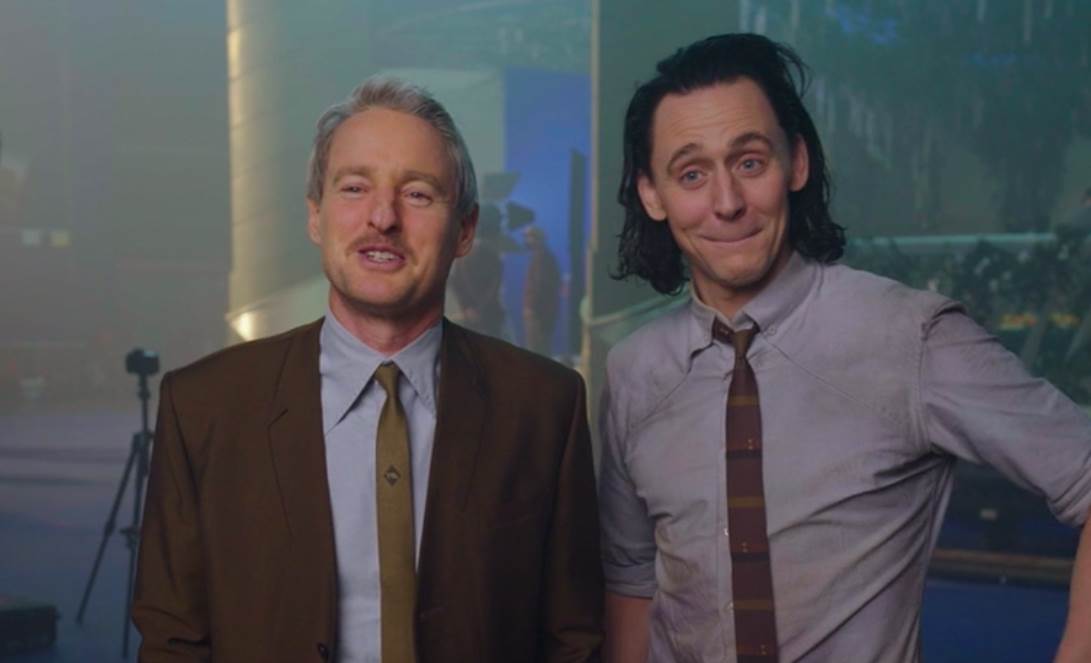 Aside from Hiddleston, the cast member we hear most from is Wilson. The chemistry between these two was very obvious in the series and it was showcased again in this doc. Wilson discusses everything form the look of his character to the power behind his name. Mostly though, we just get to watch him and Hiddleston trading jokes and sharing laughs on set, which is always a lot of fun.

If there were any omissions from from this episode of Assembled, they would simply be the other members of the cast. We do briefly get to hear from Richard E. Grant (Classic Loki) and Deobia Oparei (Boastful Loki), but we never hear from Jack Veal (Kid Loki). More importantly, there is no attention paid to Miss Minutes, who was an instant fan-favorite. We unfortunately never get to hear from Tara Strong, who voiced the character.

We do get a look at the incredible set and the beautifly one-shot finale from “Lamentis,” the third episode of the season. Hiddleston explains that an entire town was built because the set needed to be shot from ever angle. It is revealed however, that the scene was done in multiple shots and stitched together to make it look as though it was one. Obviously, that’s understandable given the ridiculous stunts the actors had to pull and the amounts of destruction around them. 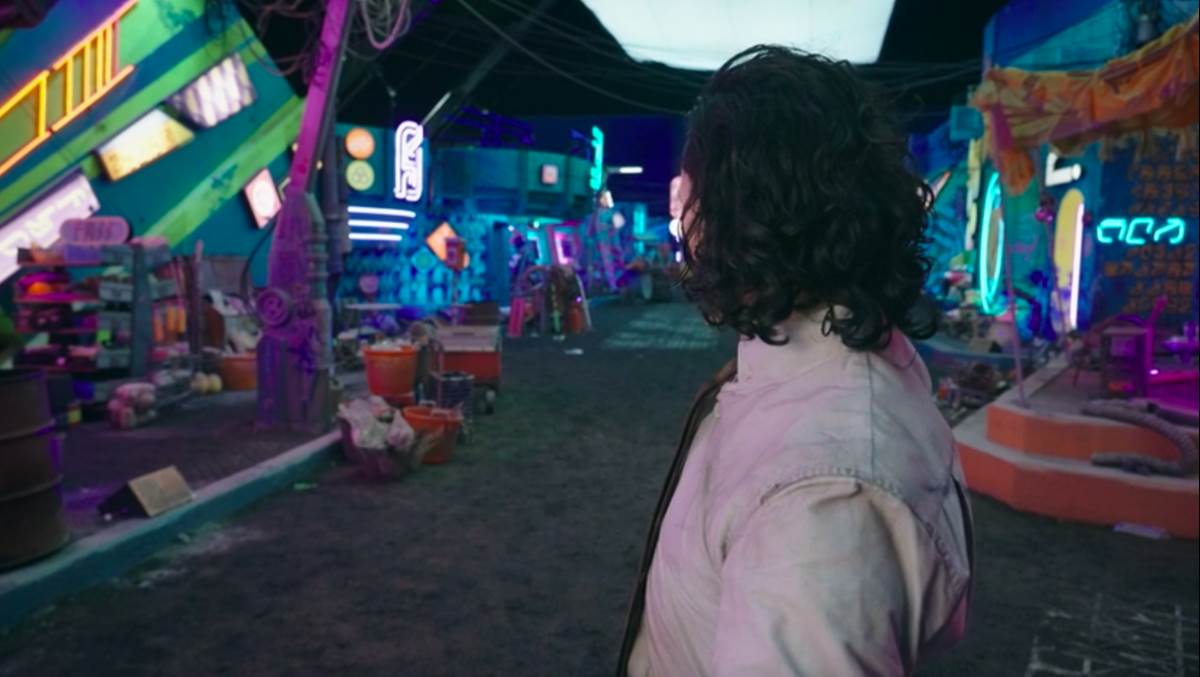 We also get to hear about some of the early concepts of Alioth and with that, we see some truly incredible concept art for the storm-like character. In fact, the art of this series is fully on display throughout this documentary, whither is be in the form of concept renderings, set design or the costuming. The series itself was visually beautiful and Assembled pays a fair amount of attention to that.

Finally, we also get to hear from Jonathan Majors, who played He Who Remains. He talks about the motivations and the reasons for the eccentricity of his character as well as the incredible detail in the design of his costume. More importantly though, Hiddleston confirms that the variant of He Who Remains that will be coming to the MCU is none other than Kang the Conqueror, a longtime comic book villain. We knew this would be the case because Majors was casted to play the character in Ant-Man and the Wasp: Quantumania some time ago, but this marks the first time they’ve said the name of the character in a Marvel Studios project.

Overall, this is yet another installment of Assembled that fans are not going to want to miss. If you enjoyed Loki, as we know so many of you did, you’re going to want to get this behind-the-scenes look to put a nice bow on the first season. If for nothing else, it’s worth a watch just to see the incredible sets, costuming and artwork one more time before the long wait until season two.

You can watch Assembled: The Making of Loki and all of season one of Loki on Disney+ now.