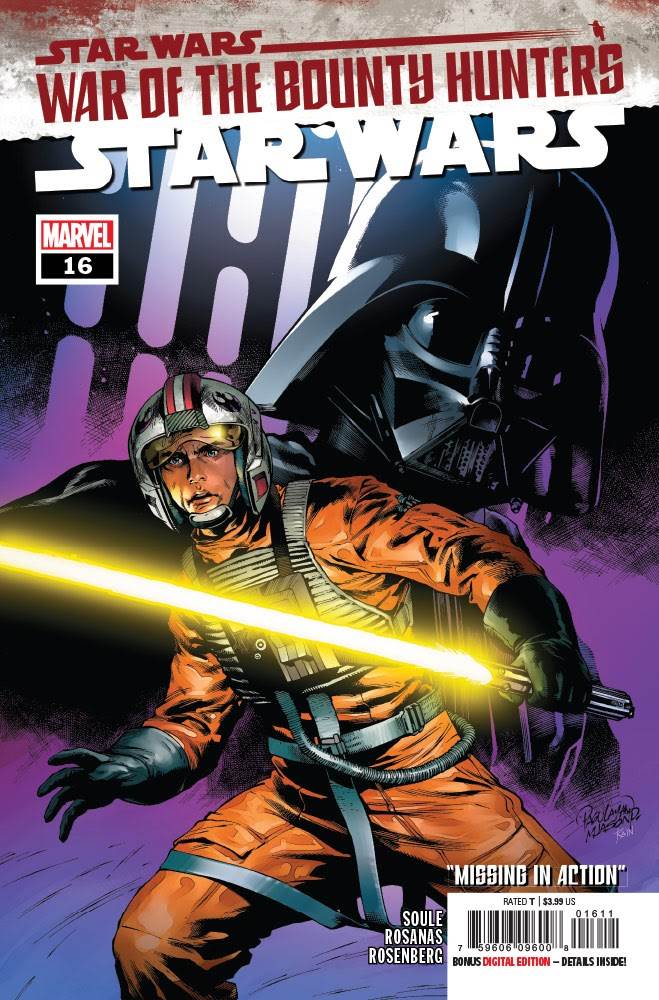 After the overarching storyline of Marvel’s ambitious War of the Bounty Hunters crossover event was finally allowed to progress in the third issue of its central miniseries, readers of the company’s main Star Wars title were reminded that the individual tie-in installments are (probably by necessity) going to take a step back and examine the same circumstances from different perspectives.

In Star Wars (2020) #16, also written by Charles Soule, Luke Skywalker is on his way from a saving Rebel Alliance leader Mon Mothma to the planet Jekara, where the criminal organization known as Crimson Dawn is holding its auction for the carbonite-frozen Han Solo. We go inside Luke’s head as he replays his lightsaber battle against his father Darth Vader (AKA the Sith Lord formerly known as Jedi Knight Anakin Skywalker) over and over again, imagining different outcomes now that he’s had further experience in using the Force. Luke monologues to his trusty droid R2-D2, expressing his own self-doubts about the possibilities of confronting Vader again, and reaching out for help from his deceased master Obi-Wan Kenobi, to no avail. Then we cut to Crimson Dawn’s ship parked on Jekara, where we see Princess Leia, Lando Calrissian, and the Wookiee Chewbacca’s viewpoint of Qi’ra’s clash with Vader, as previously depicted in War of the Bounty Hunters #3. Lando tells Leia about his and Chewie’s previous encounters with Qi’ra, and how he’s taken aback by her new position as apparent leader of the Crimson Dawn syndicate. He tries to convince Leia to leave knowing that their odds against Vader– not to mention the other underworld baddies present at the auction– are not great, but the princess has an ace hidden up her sleeve knowing that Luke’s arrival is imminent. 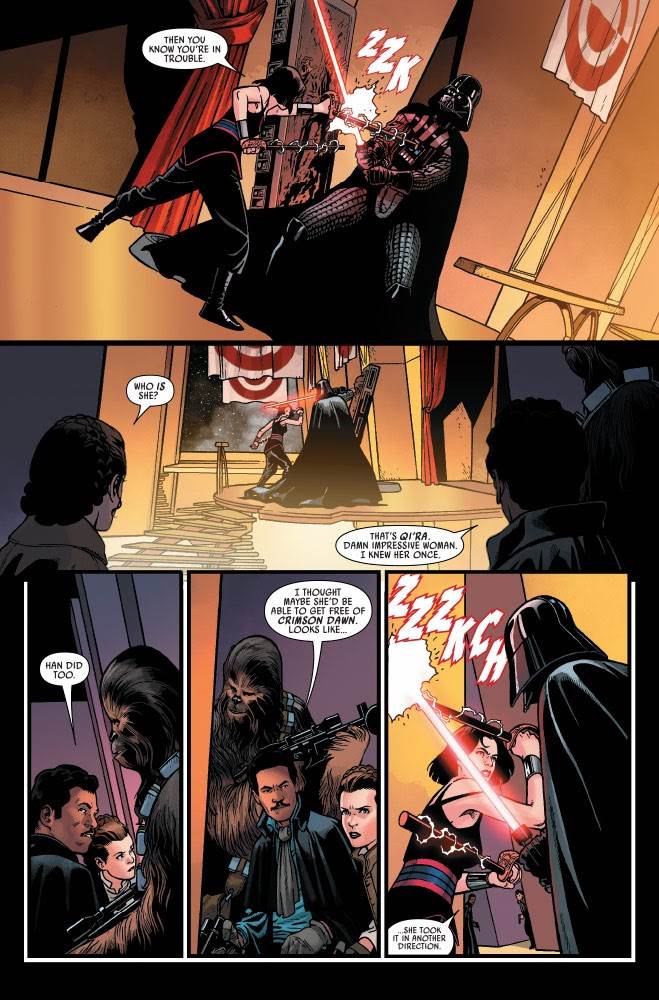 In space above Jekara, Luke is forced to tangle with some Imperial TIE fighters when he comes out of hyperspace, but he uses his environment and surrounding situation to his advantage and manages to evade his pursuers. It’s an exciting ride, but it’s also a little frustrating that the narrative ends with a cliffhanger just a brief moment after the aforementioned War of the Bounty Hunters issue, with a lot of overlap between the two comics. I like that we’re getting all the characters’ varying perspectives on these events, but the cumulative result is that it feels as though the ongoing storyline is only moving forward inch by excruciating inch. I imagine this strategy will be more palatable once War of the Bounty Hunters is inevitably collected in a big hardcover volume and fans can barrel through multiple installments of the crossover in one sitting, but having to wait a month at a time just for repetitive scenes to just barely give way into new ones is more than a little disheartening. How long have Leia and Lando been standing in that hallway? It feels like forever at this point. Which isn’t to say that I’m not enjoying this concept as a whole… I just think the way that it’s playing out for those of us who inhale these Star Wars comics immediately upon release could have been thought out a little better. 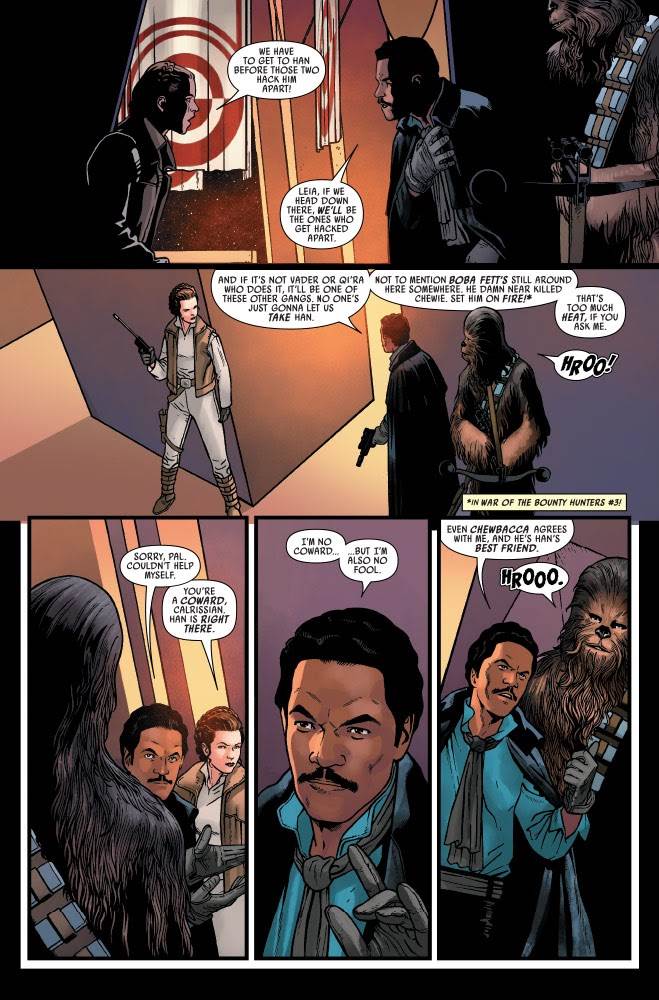 Star Wars #16 is available now wherever comic books are sold.