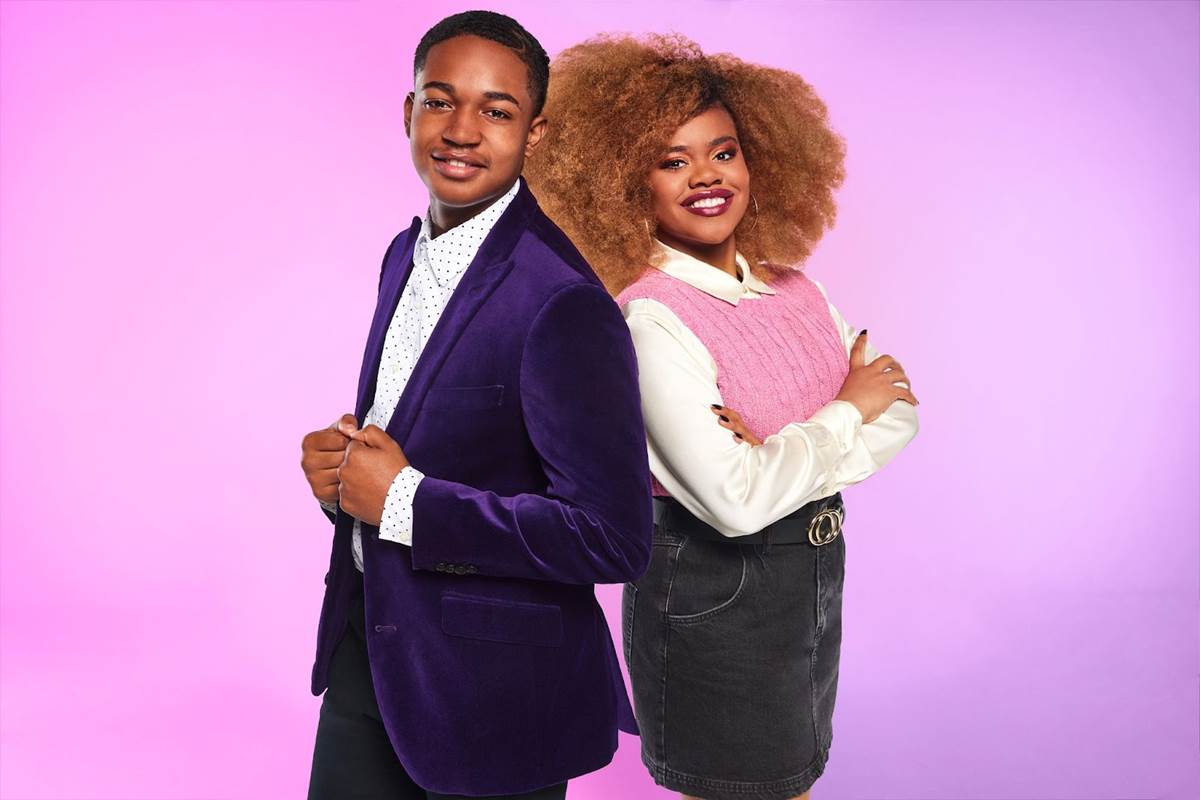 “Every episode of our show has a different theme, which is super great,” Raven’s Home star Issac Ryan Brown shared about the themed episodes. “Our outfits kind of match the theme and we have our magic bake breaks that happen every episode that change with our theme. I think that's one of the more exciting parts about our show. We get to do something new, something fun, something fresh every episode. And hopefully, that's why kids will tune in!”

Issac’s co-host is Dara Reneé from the Disney+ original series High School Musical: The Musical: The Series goes a step further with the themes. “I love expressing myself through my hair and I was just so grateful to be on a show that allowed me to do that. I mean, I got to experiment with colors and different techniques. And I was just so grateful, ‘cause I love to not only be the representation of different Black hairstyles, but also have fun with it. Like, there's so much you can do with your hair and I'm so glad I got to show that to so many people.”

Gracie Gomez is used to giving feedback to other pastry chefs at the Disneyland Resort, but this show required her to judge and critique confections made by children. “I was like, ‘Oh, no, I'm gonna have to put poker-face on,’” she joked. “Surprisingly, everything actually tasted really good… They blew me away with all the different techniques they used. The flavors were delicious, and they used flavor combinations that were pretty complicated that you would find in a restaurant. “It was pretty incredible.

Issac and Dara come across like they’ve known each other for years, but they actually didn’t meet until they were both cast as hosts for Disney’s Magic Bake-Off! “We had our first table read, and everything after that is purely magic,” Issac revealed. “What's funny is everyone would tell me about Dara before I met her,” he added. The experience was similar for Dara. “I heard so much about Issac… Literally, Issac is me in another form. We just have so many inside jokes and it's literally just like hanging with family on set, and I'm so grateful.

You can see Issac Ryan Brown and Dara Reneé each Friday in a new episode of Disney’s Magic Bake-Off! on Disney Channel.