Behind the Attraction is set to take us on the evolution of the first hotel at a Disney destination, the Disneyland Hotel, before they use it as a jumping off point to tell us all about other Disney Resorts around the globe. 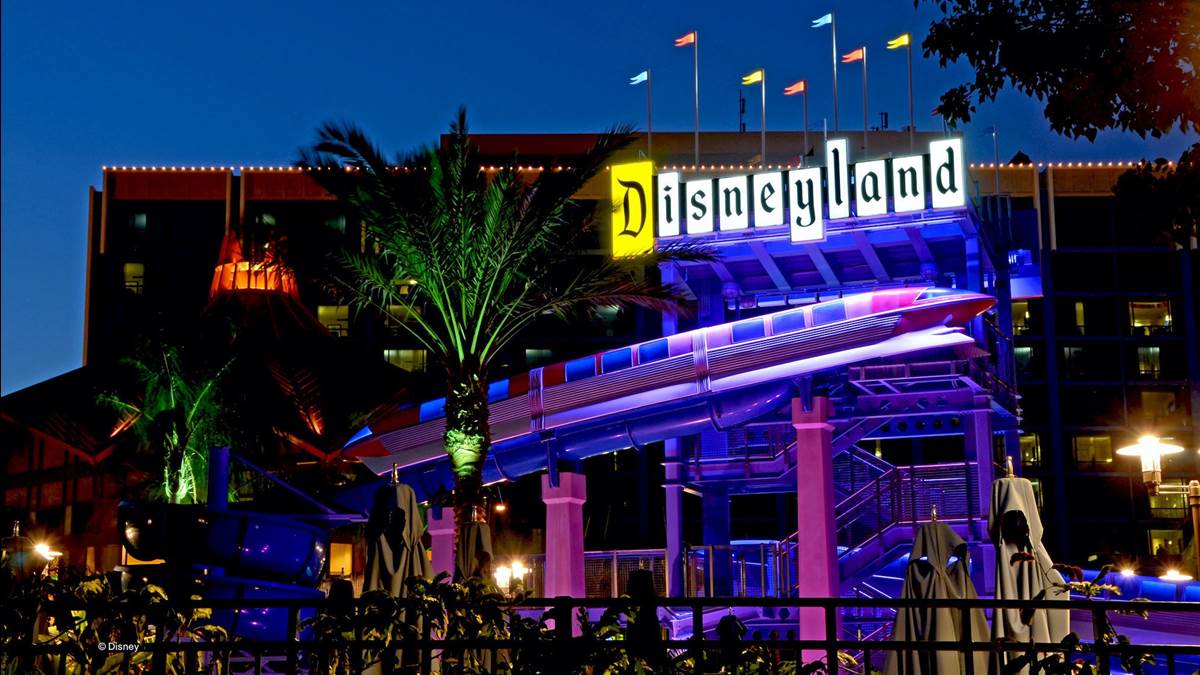 Easily one of the more interesting episodes of Behind The Attraction focuses on the development, history, and evolution of the Disneyland Hotel. Don’t know the name Jack Wrather? Don’t worry, you will. You see, when Disneyland was getting ready to open, Walt needed someone to build a hotel and at a party, Walt was voicing this with Wrather, when he basically agreed to build it for him.

They explain the hotels in the timestamp of the 50s and how they didn’t cater to families, but dove into the challenge. Surprisingly, they candidly explain the deal that Wrather struck with Walt Disney, that he can use the Disneyland name on the property, and any other hotel he built in the country as part of a 99 year lease that would expire in 2054 (kind of scary how close that year actually is).

The episode then takes a look at the development of the hotel, mentioning a convention center for the dads and their business while mom took the kids to Disneyland (it was the 50s!), as well as the novelty of TVs and Air Conditioning in the rooms. 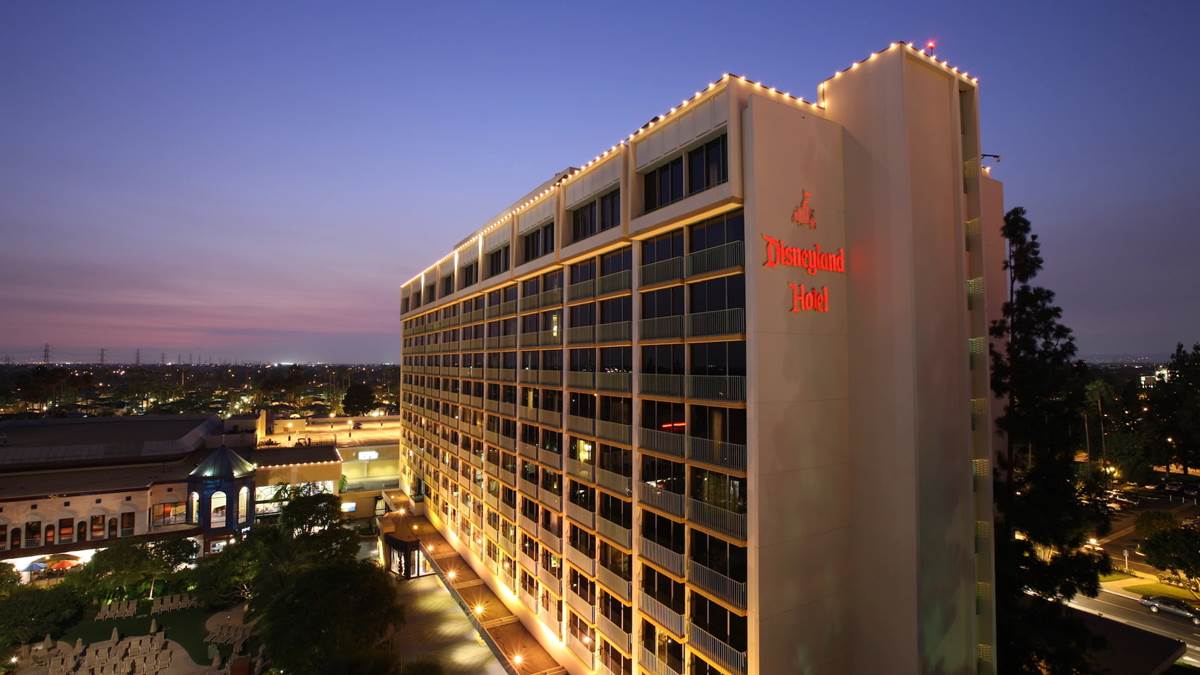 They also mention that Disneyland Hotel opened several months after the park did in 1955, but most notably, that it opened with only seven rooms available while the rest were still under construction. Fans of the hotel today will be astonished to learn that it opened without a pool or any restaurants. Staples of the resort as it evolved.

We learn more about the evolution of the hotel, with the rapid addition of more rooms as popularity of the neighboring theme park grew, growing from 7 rooms to 8 structures full of rooms, including shops, restaurants, pools, even liquor store and camera shop. All new for a hotel at the time. Even a dentist, a doctor, and their own radio station. Maybe not so common in hotels even today.

Most notably, this is serving the purpose that the Disneyland Hotel is an experience based hotel, perfect for families and guests of the park to come back to after a long day or even a break in the middle of the day, setting up what’s to come later in the episode.

But for now, we get to learn about the monorail addition in 1959! What hotel has a monorail that pulls up to it?! Oh wait…we’re setting up something else for later too. We also get to learn about the monorail lounge, and different bars of the park because (at the time) alcohol was not at the park, so folks would come back to the Disneyland Hotel for a quick libation. We are also treated to a lengthy list of celebrities who would spend time at the hotel because at the time, it was the place to be seen. So much so, that even a helipad was built at the hotel to transport those high profile guests from LAX avoiding the horrible traffic (that never went away) to Disneyland.

Towers were added, but the great anecdote of Disneyland Hotel becoming Hotel Disneyland (in signage only) due to an exterior elevator shaft was also told. Just as we’re getting into the good stuff about the further evolution of the hotel (more towers! A marina!), we jump to Florida.

Just as we’re getting into the development of hotels at Walt Disney World, we’re reminded that around this time, Walt Disney died, but we do learn that Wrather not only offered his condolences to the family, but added that if they need help with the Florida hotels, he’d be there for the Disney family and the Disney company. The company, however, was a very different place in that time then it was in the 50s, and Disney ultimately decided to do everything on their own. We also learn about Disney’s Contemporary Resort and Disney’s Polynesian Village Resort, with the Magic Kingdom resorts serving as extensions of the park. We also get to learn all about the modular construction and a monorail that comes through the building, with the idea that the monorail perk would help sell the hotel. Wait a minute! We saw that earlier! Need help finding that 5-legged goat in the mural at the Contemporary? Don’t worry. This episode of Behind the Attraction has got you covered! 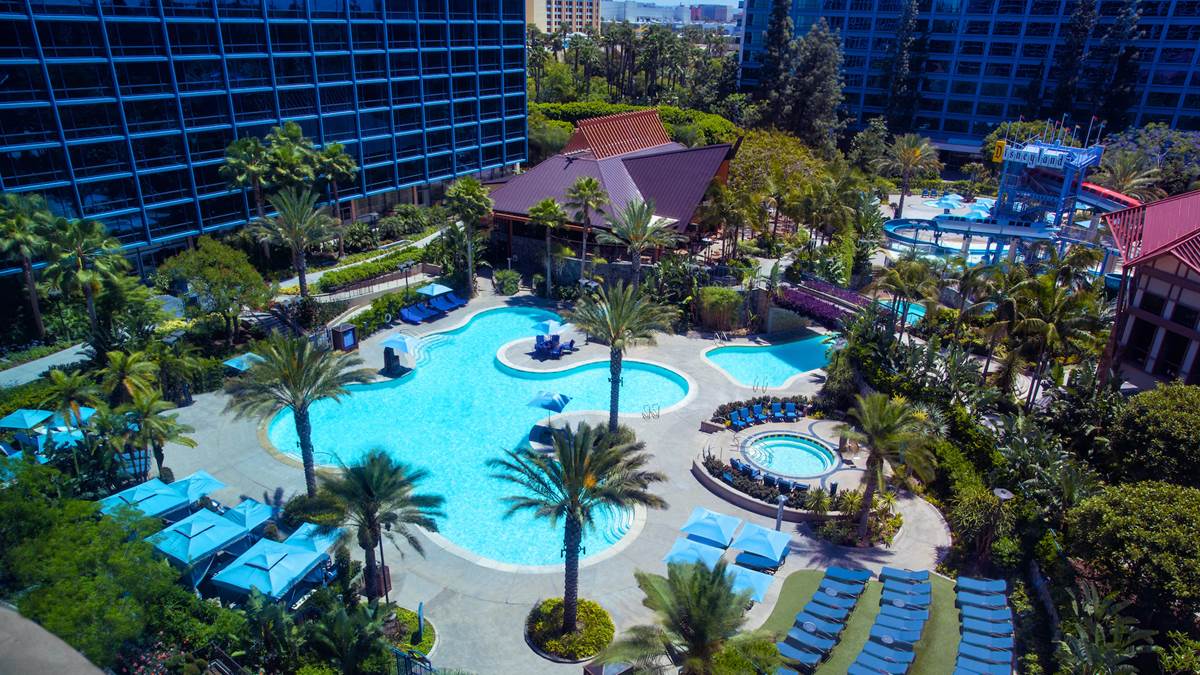 But back to California, where Wrather has expanded the original Disneyland Hotel, with a quick rundown of everything we missed while we were in Florida. Locals explain how much fun it was to take dates there thanks to the free admission and we even get a quick glimpse of the cult-classic, Fantasy Waters and underwater arcade. While speeding through a decade-plus of evolution of the hotel (still wish we stayed here instead of jumping to Walt Disney World, but I get it for what’s to come), we learn about the death of Jack Wrather, with control of his company and whatever deals had been made previously falling to his uninterested son.

Enter Michael Eisner, who wants to make sure that name and deal aren’t tampered with negatively, decides to acquire the hotel and at the advice of his mother, sells the hotel and several other assets (hinted at through footage of the Queen Mary) to the Walt Disney Company.

Using the sale as a jumping off point to the immersion level that guests want and expect thanks to the Disneyland Hotel, we now jump to Hawaii and learn about construction and development of Aulani, as well as the respect for the local cultures that went into it. They also incorporate that it took inspiration from Disneyland Hotel and the Contemporary Resort, and use that to start mentioning what’s to come, like the Star Wars: Galactic Starcruiser. You couldn’t do it, could you Behind the Attraction? Luckily they stay on topic, kind of, and go back to the Disneyland Hotel, saying that the dozens of Disney Resorts around the globe would not be possible if it weren’t for both Jack Wrather and Walt Disney himself.

Behind the Attraction: Disneyland Hotel is now streaming on Disney+.