The battle for Han Solo’s carbonite-frozen body continues in Star Wars: War of the Bounty Hunters #4, which came out last week from Marvel Comics. This issue picks up where the previous one left off, with Darth Vader having taken possession of that iconic carbonite block after Crimson Dawn’s auction left it in the hands of Jabba the Hutt.

Now, Vader is threatening to cut Solo in half if his son Luke Skywalker doesn’t turn himself over to the Empire, but Luke and Han’s friends Princess Leia, Lando Calrissian, and Chewbacca aren’t going to sit idly by and allow the Dark Lord of the Sith to destroy anyone they love. Meanwhile, Jabba is in hot water with the other Hutts because he caved in to Vader so readily, and Boba Fett watches the Vermillion as stormtroopers exit the ship with the frozen Solo, preparing to spring an assault and reclaim his prize. That’s when Dengar shows up with his uneasy ally Beilert Valance in an effort to collect the bounty on Fett’s head, but what Valance really wants is to protect his old war buddy Han. Seeing as how this is the penultimate issue of War of the Bounty Hunters, it makes sense that things are starting to come to a head, and this chapter, entitled “Attack at Dawn,” culminates in a showdown in orbit around the planet Jekara, with Fett ultimately teaming up with Valance after they ditch Dengar and the duo crossing paths with the Millennium Falcon as it attempts to intercept the Imperial Shuttle carrying the carbonite. There are a lot of famous Star Wars characters on a collision course with each other here, and it’s all pretty entertaining, especially once the cliffhanger confrontation with the Hutts is revealed. 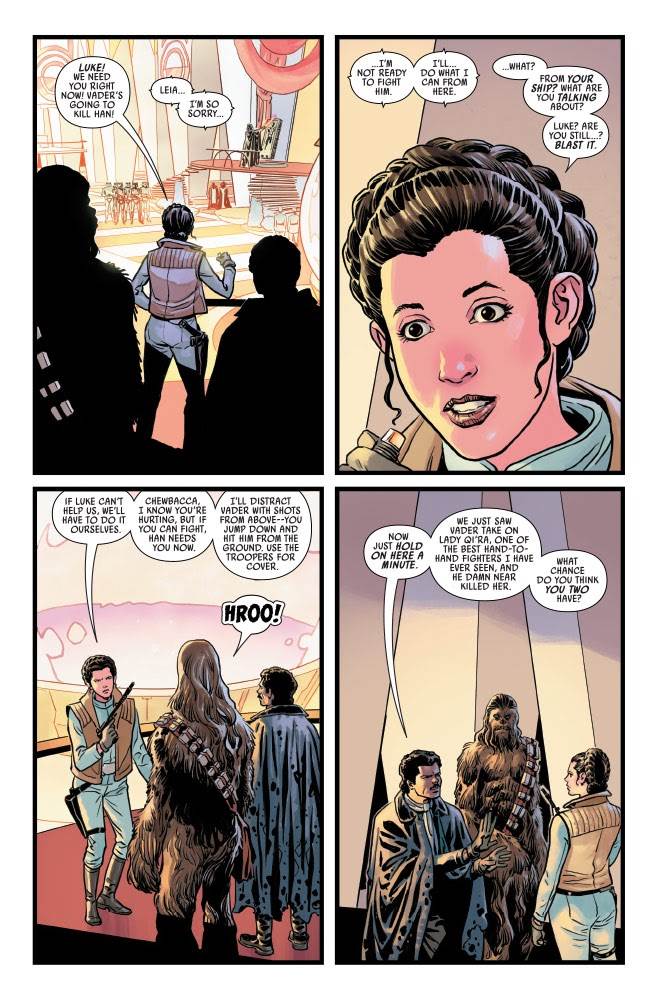 I haven’t even mentioned Qi’ra yet, who seems to be setting some kind of long-term plan into motion, which adds up considering Crimson Dawn is getting its own Marvel Comics miniseries featuring Han’s ex-girlfriend this fall. What’s she doing with that Sith holocron? I suspect it has something to do with her old boss Darth Maul, but we’ll have to wait for future installments of her ongoing story to find out. In the meantime, I remain supremely impressed with writer Charles Soule’s plotting and dialogue, as many of the familiar characters sound and behave exactly like they just stepped off the movie screen. Illustrators Luke Ross and David Messina are also doing a great job, delivering crisp, easy-to-follow action and terrific likenesses, while colorist Neeraj Menon continues to provide appropriately eye-popping almost-neon visuals for this unabashedly over-the-top story. This is a great team doing top-notch work, and it all undeniably feels very Star Wars. 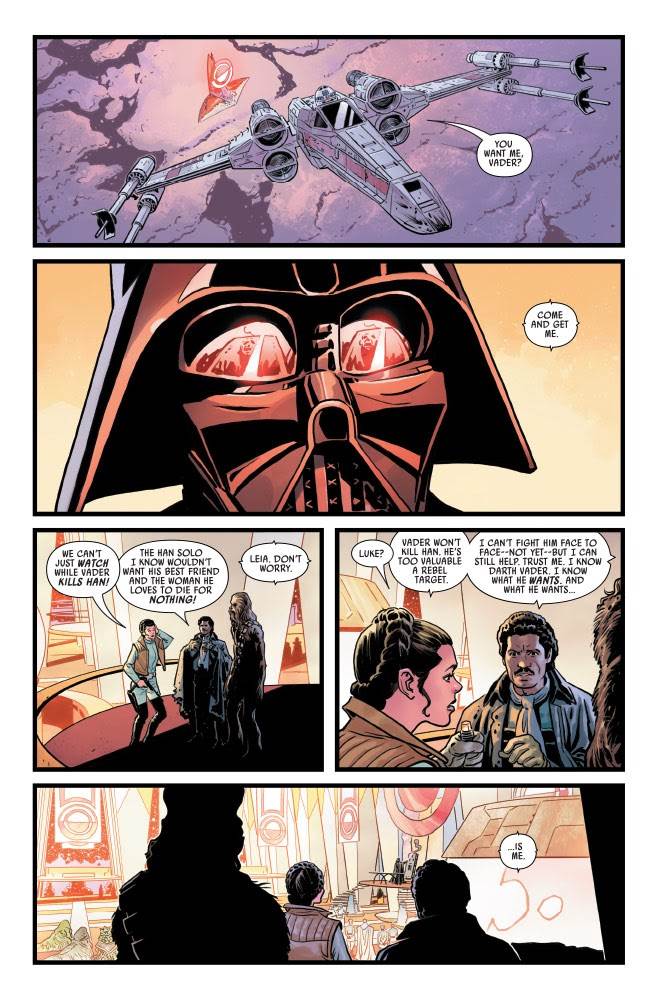 Star Wars: War of the Bounty Hunters #4 is available now wherever comic books are sold.