When you order a barker’s dozen, you get 13 goodies. That number comes up a lot in Hulu’s new baking competition series Baker’s Dozen. Each episode starts with 13 contestants, one of the challenges requires them to make 13 identical treats, and during the final round, the winner of round 2 gets an advantage: 13-minutes of assistance from the guest expert. The number 13 has never looked more delicious than it does in Baker’s Dozen. 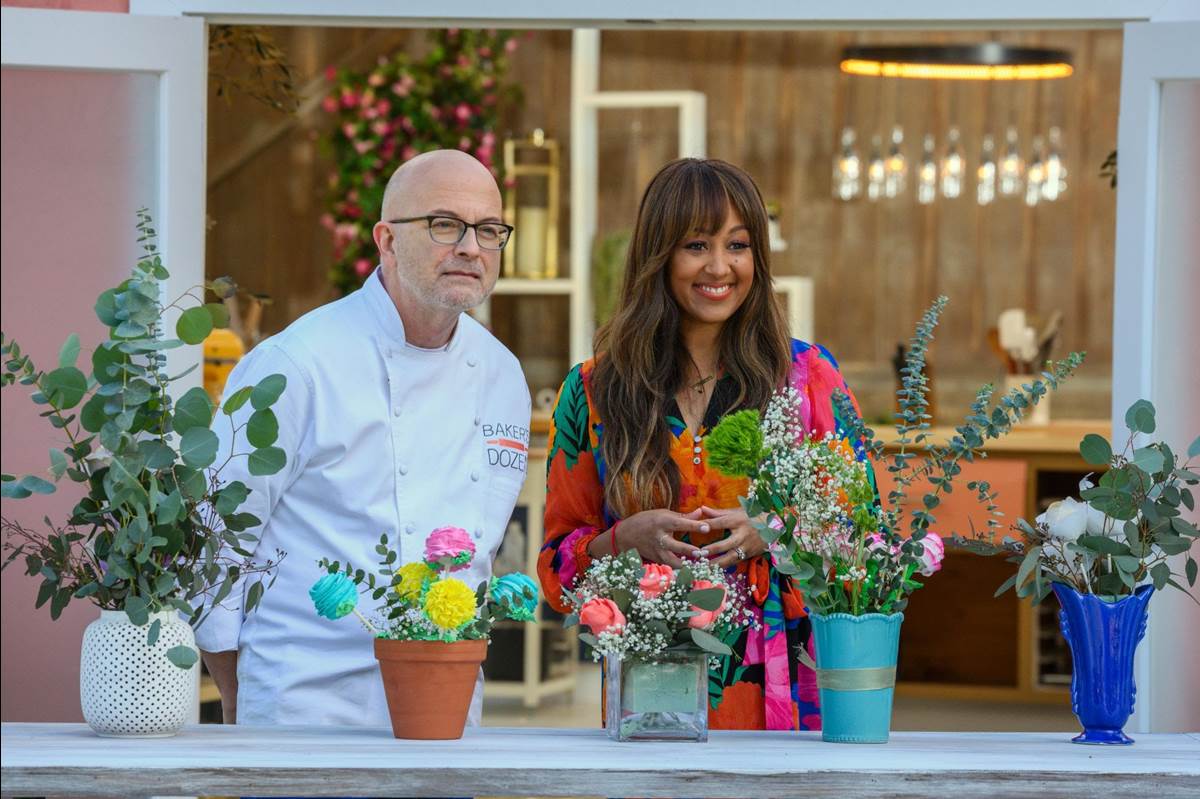 The series pits amateur bakers against professionals and that dynamic also extends to the hosts. Representing the self-taught contestants is Tamera Mowry-Housley, whose career has included the hit sitcom Sister, Sister and the DCOM series Twitches. On the professional side is former White House Pastry Chef Bill Yosses and together, they judge the contestants on both creativity and taste.

Out of the 13 contestants in each episode can be only 1 winner, who gets to take home a trophy in the form of a golden rolling pin, along with a cash prize of $5,000. The series is non-progressive, meaning each episode contains a new batch of contestants, but part of me wishes there could be an all-star season finale. You find yourself growing attached to some of the contestants, particularly the top 3, and it feels like a missed opportunity to not do a 14 episode season, 13 normal rounds and then a finale with the winners going head-to-head for a bigger prize. At any rate, the introductory season is still fun and includes 8 episodes.

The hosts are charismatic and the level of talent is out-of-this-world. In the premiere episode, “Mix and Mashup,” I appreciated that the contestants were relatable people. I’m often turned off by gimmicky competition shows where loud and obnoxious personalities clash amidst the chaos of the timed challenges. Bakers Dozen features professionals who take themselves and their work seriously. The real whimsy and fun come less from the characters and more from their creations. Items like the world’s biggest bonbon filled with homemade marshmallows or a donut cake that, when sliced into, spills out donut holes.

Baker’s Dozen is the ultimate sugar rush. You don’t have to be a professional or amateur baker to indulge in this guilty pleasure. Arriving on October 7th just in time for the sweetest season of all, the best part of Baker’s Dozen is that watching it is zero calories.