Despite its title, Marvel’s big crossover event set in A Galaxy Far, Far Away this year turned out not to be about bounty hunters much at all. Sure, all the familiar bounty-hunting faces popped up here and there across the many tie-in issues, but at its core Star Wars: War of the Bounty Hunters was really just a stealthy way to reintroduce criminal organization Crimson Dawn– not to mention its current leader, Han Solo’s ex-girlfriend Qi’ra– back into the canon.

The big question going into War of the Bounty Hunters was in what ways it might change our perspective on how Boba Fett delivered the carbonite-frozen Han Solo to Jabba’s Palace on Tatooine. And the answer to that question is also not really that much. Sure, Fett winds up chasing Solo’s carbonite block on a detour around the galaxy for a bit, but the end result is effectively the same. Like a lot of recent Star Wars comics designed to fill in story gaps between movies, this narrative could easily be excised from the larger timeline without causing too much of a dramatic rift– all of it except Qi’ra’s surprise reappearance, that is, but we’ll get into that more later. 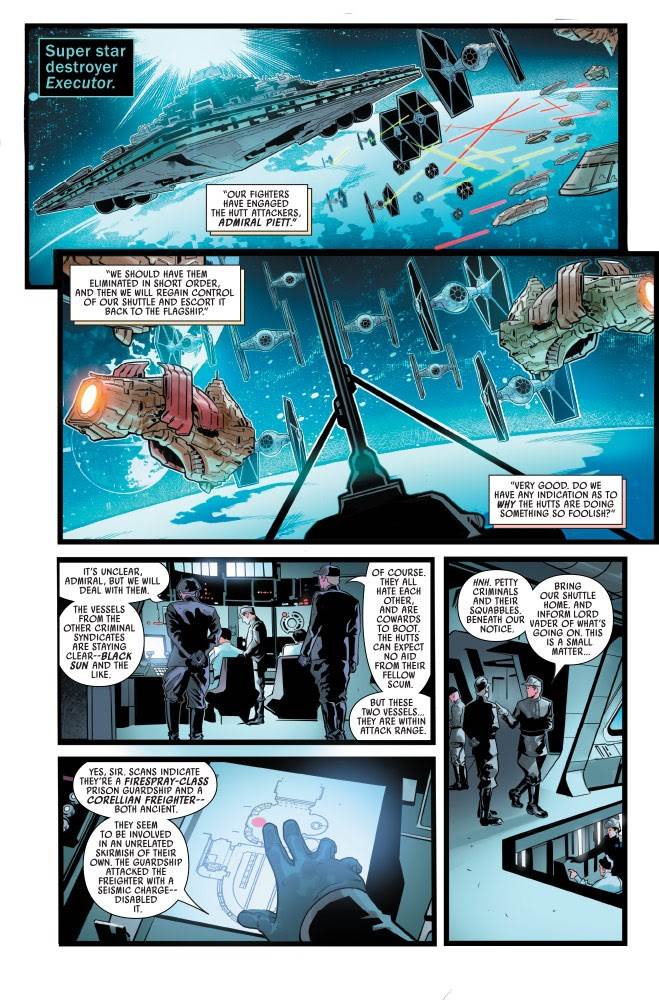 Star Wars: War of the Bounty Hunters #5– the concluding chapter in the miniseries event, entitled “Attack at Dawn”– begins where the previous issue left off, with the Hutt council ship intercepting the Imperial shuttle that contains Han’s carbonite block, with the Millennium Falcon and Slave I watching rather helplessly nearby. Meanwhile, Luke Skywalker is still using his X-wing starfighter to lead Darth Vader around in his TIE Advanced in an effort to distract the Dark Lord of the Sith from the Rebel Alliance’s true goal in this daring endeavor: retrieve Captain Solo at all costs. Most of these interested parties wind up on the Star Destroyer Executor, with a climactic showdown between Boba Fett, Princess Leia, Lando Calrissian, and Chewbacca in the flagship’s detention level. I will give always-ambitious writer Charles Soule this compliment: the story here feels an awful lot like tales a young Star Wars might invent while playing with all of these characters’ action figures, concocting a reasonable expansion to their adventures seen on the big screen. 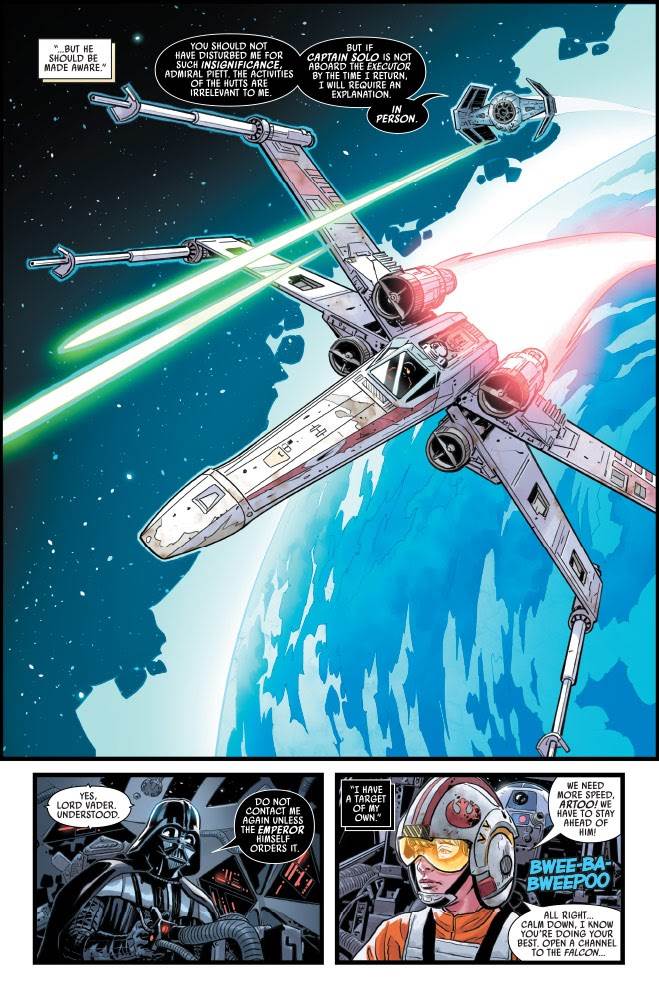 But for the same reasons, it does ultimately still feel a little silly that this much happens to that carbonite block between the events of The Empire Strikes Back and Return of the Jedi, especially since the assumption was always that… well, Fett delivered his prize to Jabba the Hutt without much getting in the way. The end result is a bit of a shaggy-dog story, though I did appreciate little moments along the way like Boba and his hesitant partner Beilert Valance going face-to-face with a K-series Imperial security droid. Like I mentioned above, War of the Bounty Hunters’ real reason for being is actually what it leads to next, as implied by one of its final two-page spreads: Qi’ra is now a force to be reckoned with, and has even brought along with her some unexpected allies like (SPOILER ALERT) the Knights of Ren. What does this mean for Marvel’s Star Wars comic book universe going forward? We’ll find out in Crimson Reign, coming this December. I guess I am okay with this all having been setup for that. 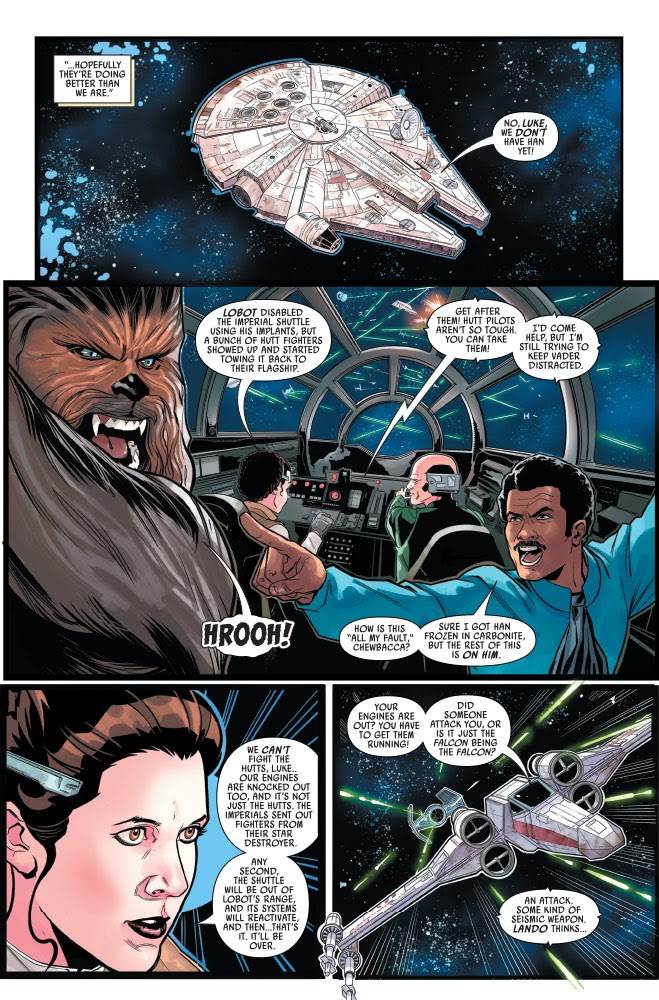 Star Wars: War of the Bounty Hunters #5 is available now wherever comic books are sold.