Take everything you think you know about food thanks to the new Hulu original series The Next Thing You Eat. Chef David Chang is your host for this six-part series about the harsh realities of the food industry, which also offers a somewhat optimistic view of the future. From a deep-dive into the hamburger and at the sustainability of beef, you’ll come away a little enlightened and a lot hungry. 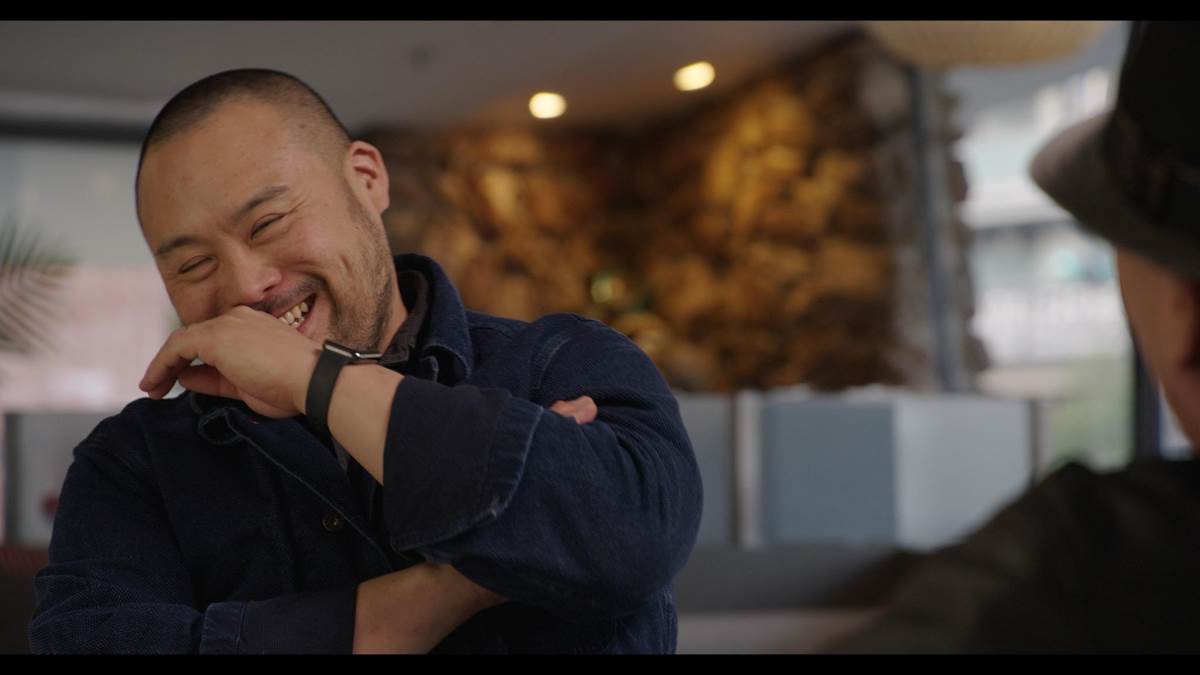 Academy Award–winning documentary filmmaker Morgan Neville employs some imaginative devices to keep The Next Thing You Eat fun and fresh throughout each episode. Particularly in the premiere, titled “Delivery: Rise of the Machines,” there’s some psychedelic animation that adds a lot of visual flavor to the episode. Music is another device that the creative team leans into, including a comedic underscore for a moment when David Chang becomes eloquent about a dish he just tried.

Each episode includes guests who are experts in their own niche element of the food industry. They join David on his adventures and provide valuable insight into topics that the average food eater probably hasn’t thought about. Topics include something as wide as changes in the restaurant industry as a whole to something as specific as sushi. It’s a unique format and one that’s easy to get swept away in.

David Chang’s attitude towards food is infectious. He doesn’t sugarcoat things but you feel his passion for the subject in every moment of the series. His use of the “F” word in casual conversation gives the series a mature rating, which is a bit of a shame because it’s otherwise appropriate for all ages. It becomes incongruous with one of the show’s themes, which is that food innovation can come from anywhere. But with young minds being cut out of the conversation simply because of profanity, it feels like a contradictory message.

Whether you love to cook or just love to eat, The Next Thing You Eat is made for you. From the title, I expected it to be a show about new foods you’ve got to try. Instead, it’s about learning the challenges we face as humans in securing a future that can feed the ever-growing population of the world.

The Next Thing You Eat premieres Thursday, October 21st on Hulu.