Laughing Place is proud to partner with Fremantle to bring you an early exclusive clip from the next episode of Supermarket Sweep, airing Sunday, October 17th on ABC at 9/8c. In the clip below, host Leslie Jones meets Team Sugar Cookies, consisting of Bradley and Brian from San Diego. Find out why the delicious snack is so important to them and don’t miss the full episode this Sunday.

The next episode is called “Bring That Meat Back, Girl!” Here’s a look at this week’s contestants:

The next episode of Supermarket Sweep airs Sunday, October 17tht at 9/8c on ABC and will be available on Hulu the next day. 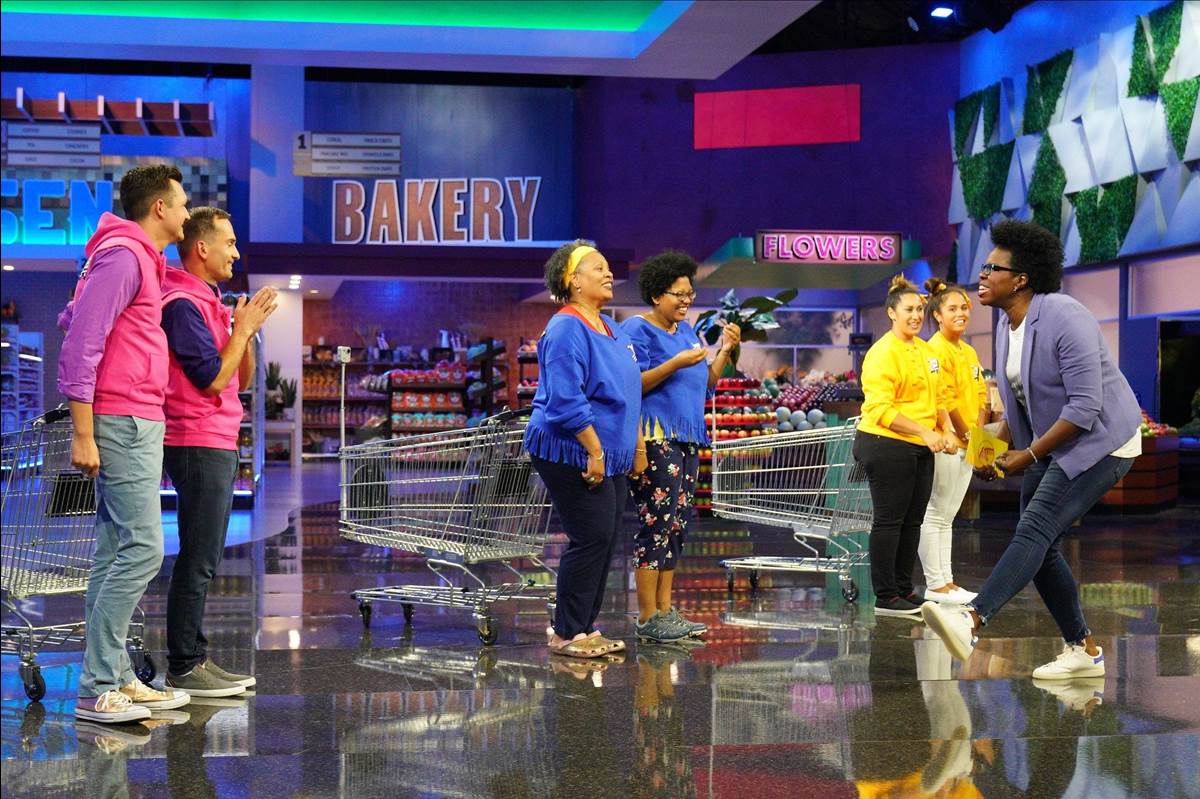