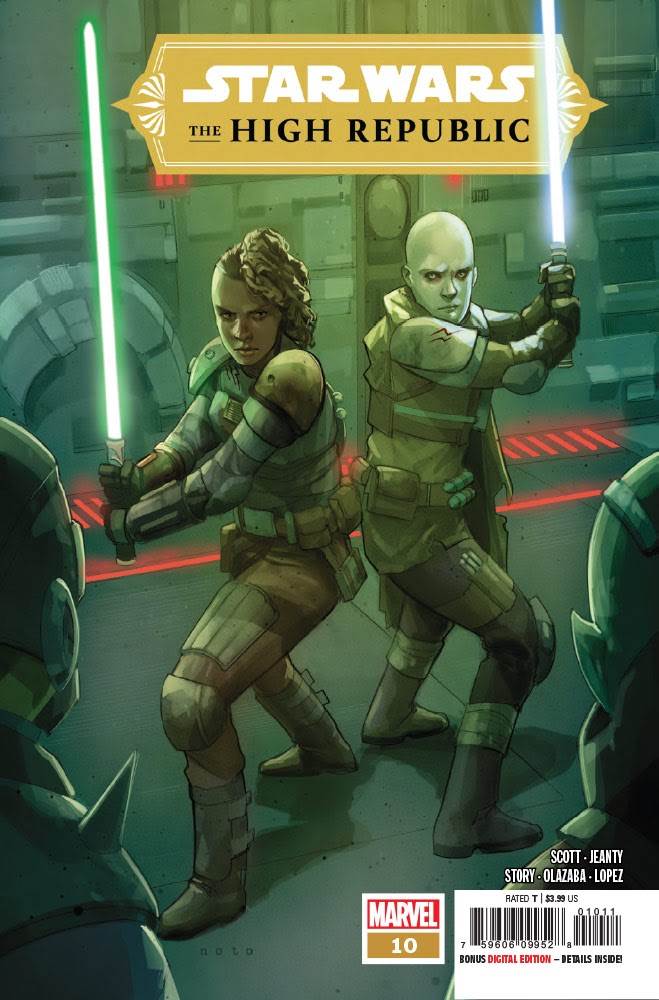 Last month in Marvel’s ongoing Star Wars: The High Republic comic book, Jedi Knight Keeve Trennis infiltrated a Nihil base by going undercover with her fellow Jedi Terec. Unfortunately for her, she was asked to prove her allegiance to the Nihil by executing her former ally Myarga the Hutt.

That cliffhanger is resolved immediately in The High Republic #10, out today, with Keeve using her Force powers to create an explosive distraction. But then she and Terec must still find a way to further ingratiate themselves with the Nihil, in order to further the Jedi Order’s quest to discover the leader of the ruthless band of marauders. 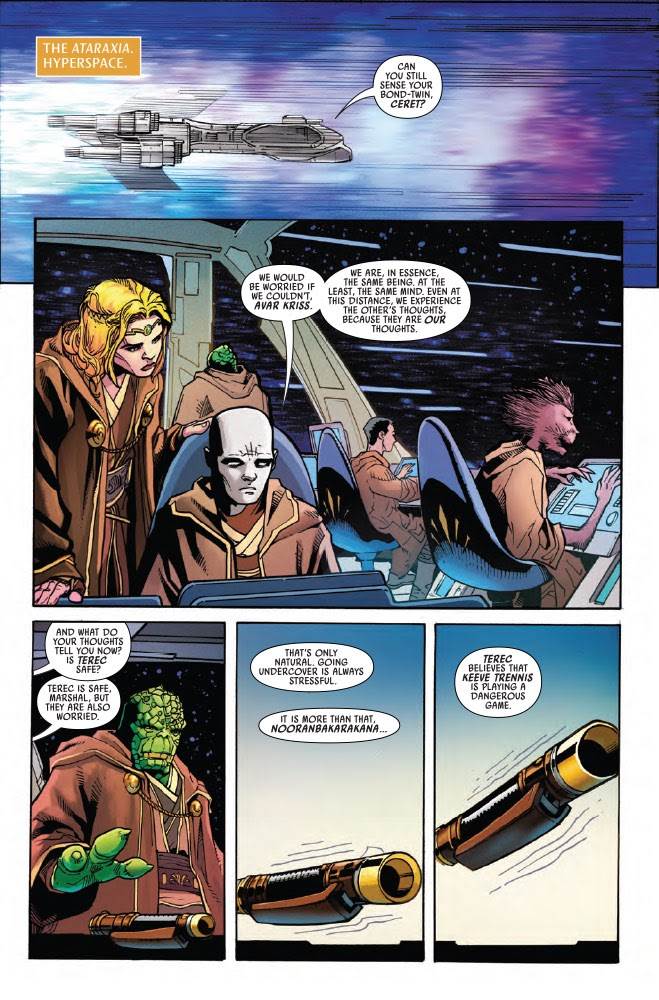 Meanwhile, on the Jedi starship the Ataraxia, the Trandoshan Master Sskeer still finds his connection to the Force diminishing, while Avar Kriss has Terec’s bond-twin Ceret search for the undercover Jedi. As these parallel stories continue unfolding, we see Keeve forced to torture Myarga for information (Who knew Hutts had skeletons? I sure didn’t!) until the Hutt spills the two Jedi’s true identities to the Nihil. Naturally a battle breaks out, culminating in the reveal that Lourna Dee is still alive (this comic presumably takes place after the events of the Star Wars: The High Republic – Tempest Runner audio drama). Lourna unleashes some kind of creature on Keeve and Terec– unless I’m mistaken, I believe this is the same mysterious being that turned Master Loden Greatstorm to dust in Cavan Scott’s novel The Rising Storm– and across the galaxy in the Jedi ship, Ceret begins to feel the same effects. I have to admit I’m fairly intrigued to find out more about this new threat to the Jedi, and this issue makes me even more excited to read the next installment in the Trail of Shadows miniseries, which is ostensibly about an investigation into what tragedy befell Greatstorm– and now potentially also Keeve Trennis and friends. But much like last month’s cliffhanger was dealt with right off the bat here, I have a feeling we won’t be seeing the last of Ceret / Terec just yet. As usual, Scott’s writing keeps things moving briskly along, and the art by Georges Jeanty with colorist Carlos Lopez brings the story to life with vibrant images and well-choreographed action. Ten issues in, I stick by my earlier assertion that Star Wars: The High Republic is currently the standout title among Marvel’s comics set in A Galaxy Far, Far Away. 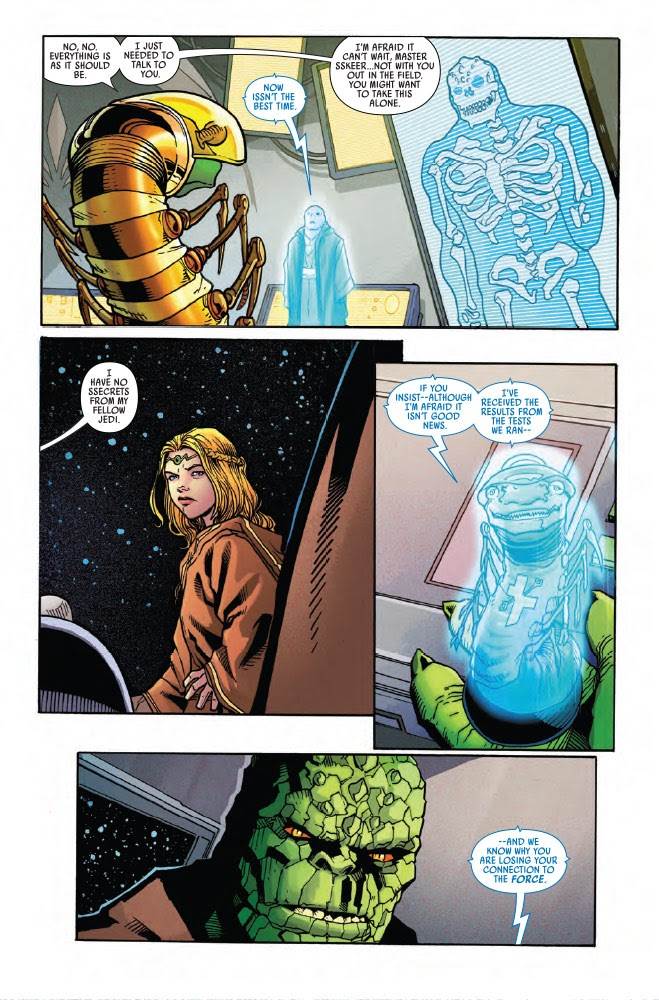 Star Wars: The High Republic #10 is available now wherever comic books are sold.