I complained last month about the lack of a recap at the beginning of The Monster of Temple Peak issues– a symptom of the comic’s transformation from graphic novel to four-issue monthly miniseries– and that problem persists in this week’s new installment, with me even having forgotten the names of the main characters at the top of the story. Fortunately, this narrative isn’t so complex that one can’t catch up and refresh their memory pretty quickly, despite the absence of a Star Wars-style opening crawl.

Star Wars: The High Republic Adventures – The Monster of Temple Peak #3 begins where the previous issue left off, naturally, with former Jedi Padawan / monster hunter Ty Yorrick in pursuit of a fearsome creature called the Gretalax, with the help of the irritating-but-enthusiastic Drewen– a local of the planet Blarrum. 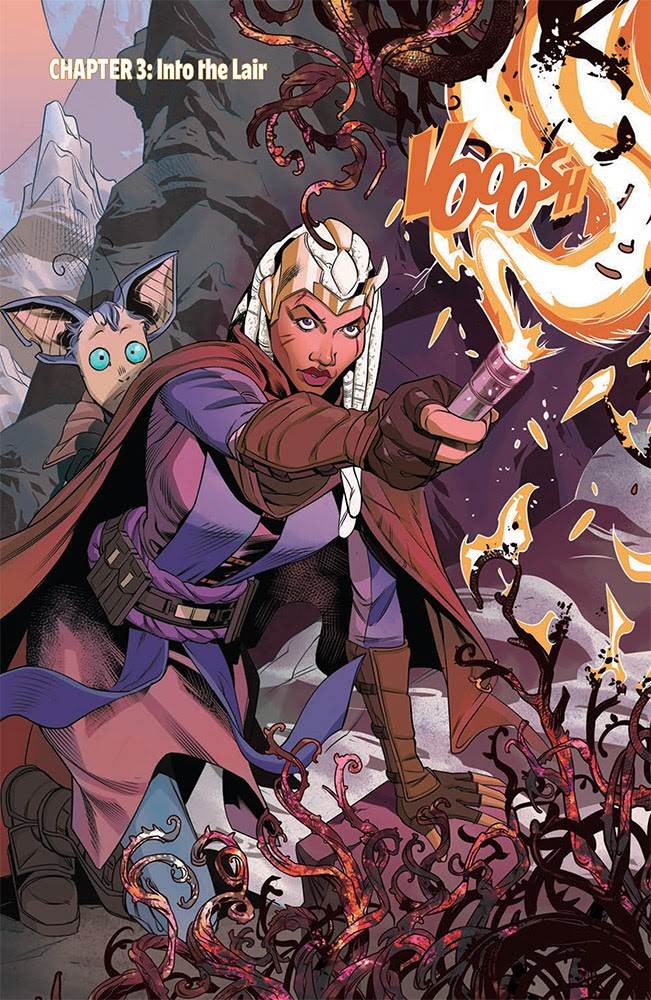 Yorrick and Drewen make their way up the titular Temple Peak, both regretting the events of the previous night during which a young girl fell to her apparent death, and eventually finding their way to the cave where the Gretalax resides. We also get the next part of a series of flashbacks to Ty’s time as a Padawan, during which she and her fellow learner Klias Teradine investigate an ancient sanctum of extinct dark-side users called the Yarrow Fellowship. They come across an artifact that seems to break Klias’s brain, but then we immediately cut back to the “present” as Ty and Drewen confront the Gretalax. There’s a fairly exciting action sequence in the cave, followed by a couple of surprising revelations that I’ll refrain from spoiling in this review. Suffice it to say that this issue ends on something of a dual cliffhanger, with readers wondering both what the truth is about the Gretalax and its relationship to the villagers below, and about the fate of Klias– already knowing that at some point after these flashbacks, Ty Yorrick left the Jedi Order. 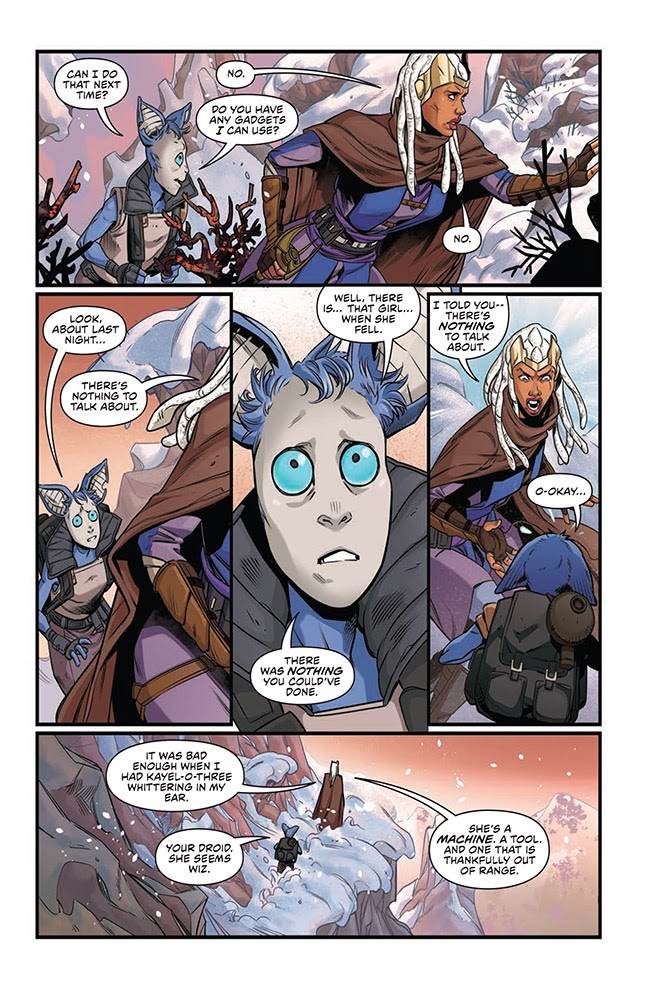 I have to wonder if writer Cavan Scott and/or artist Rachael Stott would have changed (or perhaps did change) anything structurally about Monster of Temple Peak had they known it would be broken up into four chapters rather than being released all at once. Other than my above-mentioned grievance about the lack of recaps, I feel like the story has been broken up at appropriate points and that the suspenseful endings of each issue would probably have kept me coming back for more as a fan, even if I weren’t reviewing the comic for this website. Regardless, I think it’s working overall, and I’d say the pacing has built up nicely to what will hopefully be a satisfying climax next month. 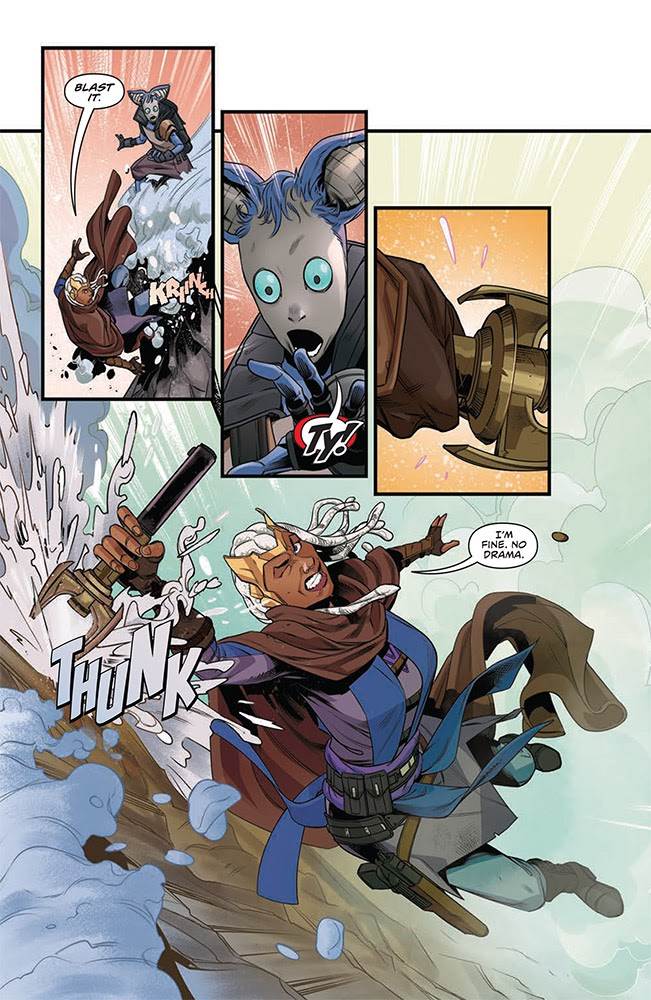 Star Wars: The High Republic Adventures – The Monster of Temple Peak #3 is available now wherever comic books are sold.