Season 15 of the hit FX comedy series It’s Always Sunny in Philadelphia will premiere on Wednesday, December 1st at 10/9c on FXX. 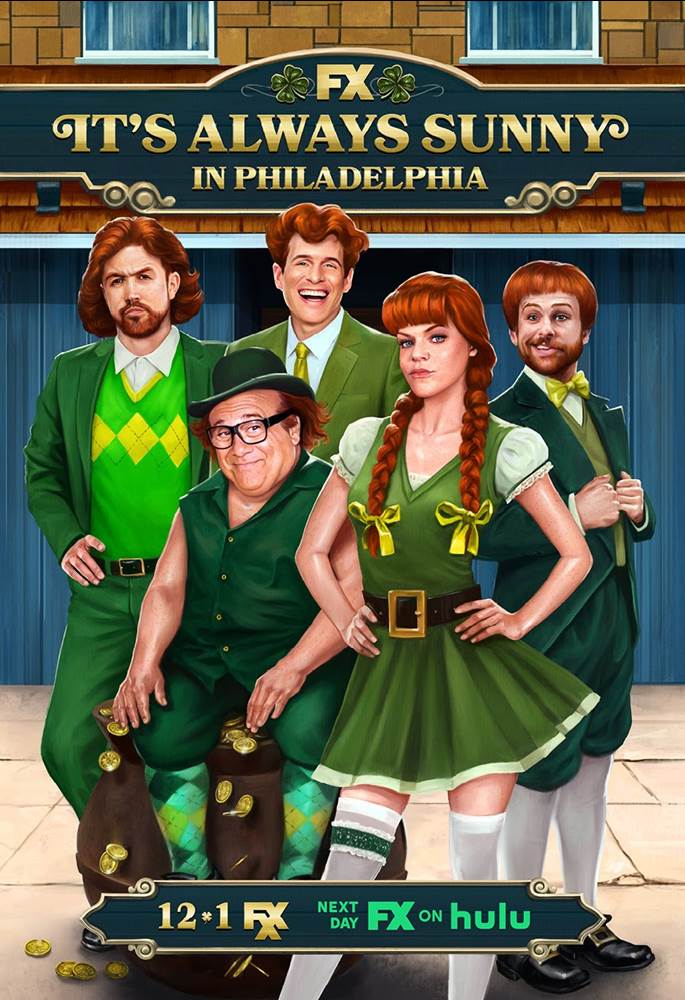 The record-breaking 15th season of It’s Always Sunny in Philadelphia is its most ambitious yet. In the seismic wake of Covid-19 and all things 2020, The Gang stands at a crossroads in this strange new world. The rules are changing quicker than anyone can keep up with, despite herculean efforts from “Mac” (Rob McElhenney), “Charlie” (Charlie Day), “Dennis” (Glenn Howerton), “Dee” (Kaitlin Olson) and “Frank” (Danny DeVito) to continue business as usual. Now, they must face the music and decide who they’ll become in the cultural upheaval that is 2021. Across the span of eight episodes — and the Atlantic Ocean — we find them answer in a way only they could think to.