For almost 20 years the Cirque Du Soleil tent has been an icon of the West Side of Disney Springs, but for the past 4 years guests have approached it much like Charlie looking at the Wonka Factory wondering what magical things happen inside and in just a few days guests will be able to go inside with their own golden ticket to see the magic that is Drawn to Life Presented by Cirque du Soleil and Disney! A year and a half ago as the cast were 3 days away from opening night the world shut down but as the old saying goes, the show must go on and Michel Laprise, Writer and Director, with Fabrice Becker as Director of creation took this time to reexamine and add to what guests didn’t get a chance to see. This morning we got a chance to get a sneak peek at these two new acts as well as hear from some of the talented people behind the scenes. 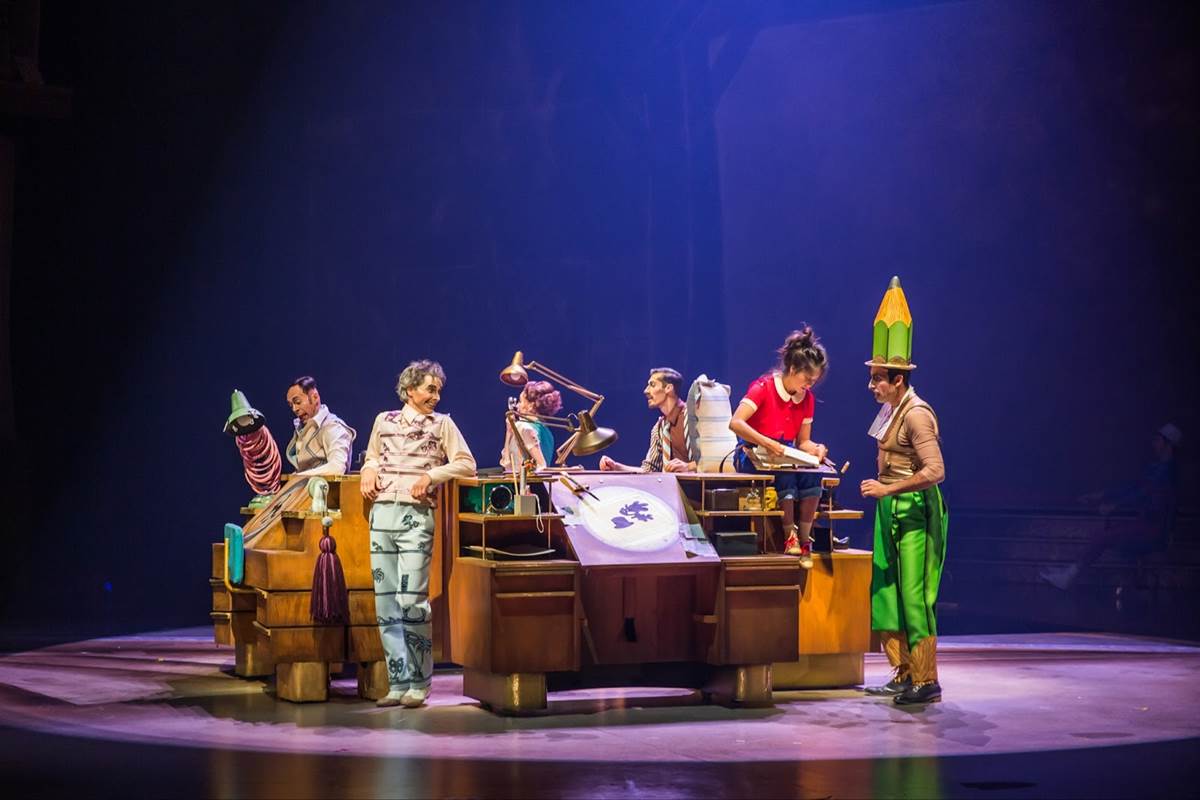 Drawn to Life, written and directed by Michel Laprise with Fabrice Becker as Director of Creation, is a live acrobatic journey telling the story of Julie, a determined girl who discovers an unexpected gift left by her Disney animator father: an unfinished animation. As she dives into the inner world of animation guided by a surprising pencil, Julie embarks on an inspiring quest filled with her childhood Disney memories. Developed in partnership with Michael Jung, Executive Theatrical Development, Walt Disney Imagineering, the story is driven by 10 unique acrobatic acts alongside animation from beloved Disney films as well as all-new animation created by Disney artists led by Eric Goldberg, best known for characters such as the Genie in the animated classic, Aladdin. “Garden of Lines” unicycle act, Julie is swept into a wonderland of familiar shadows, shapes and outlines in an homage to cherished tales that inspire an animator. Julie’s whimsical mood fixates on a mischievous marionette from a time-honored Italian fairytale. Five playful unicyclists representing the Blue Fairy of the classic Disney Animation film Pinocchio appear to effortlessly float across the stage, performing synchronized stunts and individual tricks with pinpoint precision. This act tells the story of the origins of Pinocchio going back to when Walt first had the book and we see more of the classic story as opposed to the animated film, but guests will have no problem with the emotional tie to the story we all know through the music. If I can say “one of the unique things” in an act about 5 Blue Fairies on unicycles, it would be the costuming of the riders will be done in such a way that at first the guests won't be able to see the unicycle because of the oversized dresses they will first appear in. The Old Mill double wheel act is inspired by Walt Disney’s groundbreaking 1937 animated short of the same name, which is seen in projections throughout. In a display of tenacity, perseverance and rise-and-fall motion, owls dreamed up by Julie’s imagination weather a storm using teamwork and courage to carry them through the powerful wind and rain that threaten their windmill home. The windmill of the film is represented in a spectacular, churning, fast-moving double wheel structure. Gravity-defying acrobats are in constant motion with the turning wheels—at times airborne—with astonishing balance and agility. 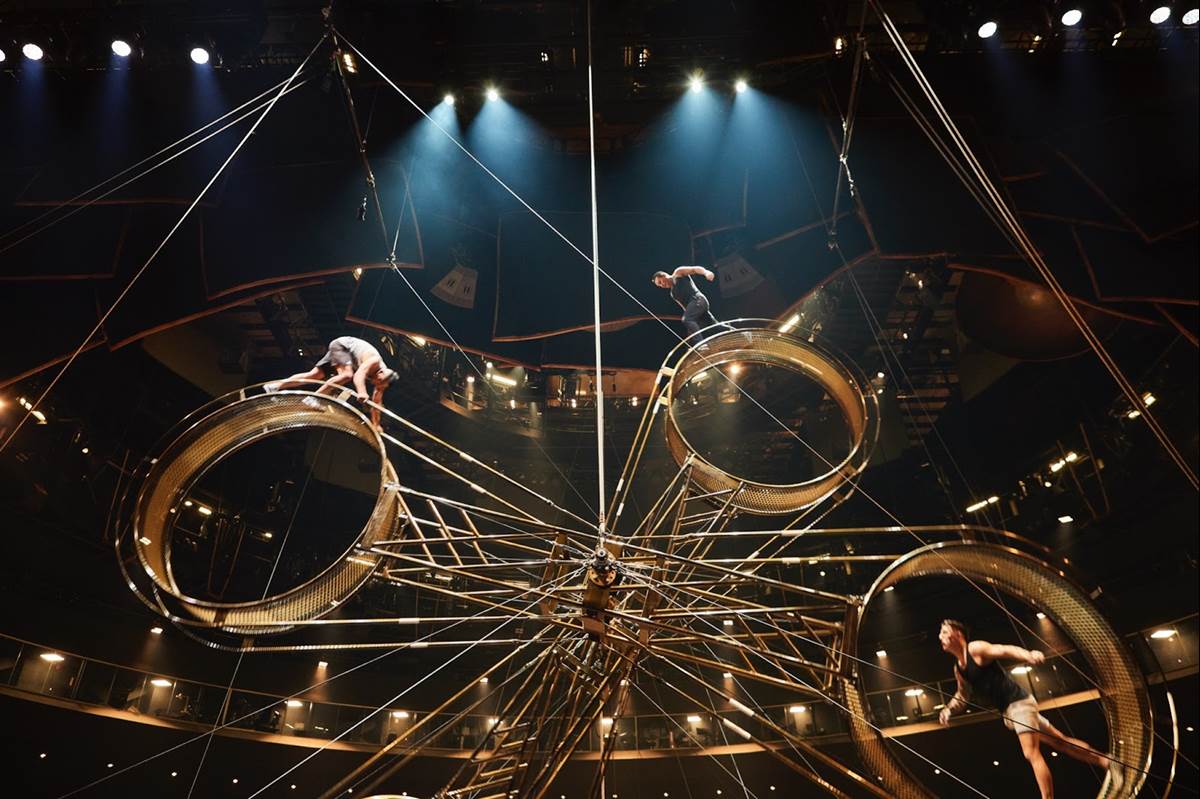 This will be the act that I firmly believe will be the signature act of the show and everyone will be talking about. The Old Mill was the first piece of animation to use the Multiplane Camera and it really inspired the team to create something that itself will have many levels from the sound, lighting, the wheels of death, to the animation in the background. The acrobats will be Owls themselves, as those birds were prominently featured in the original short, with some amazingly detailed costumes and makeup each performer applies themselves. 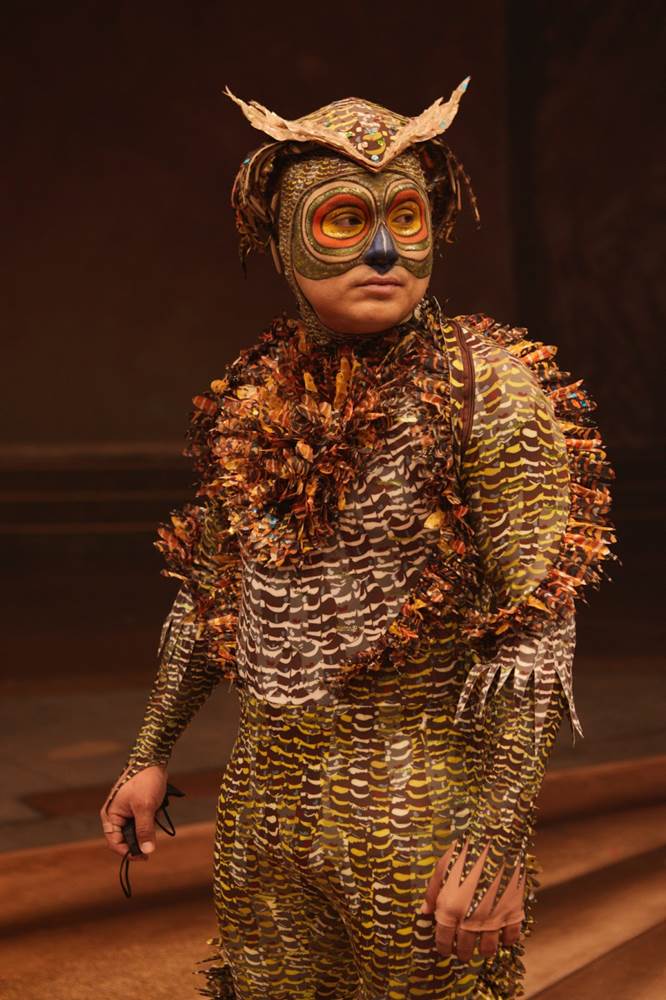 As a fan of Disney Animation and Cirque du Soleil, I have to say as excited as I was a year and a half ago seeing bits of these new acts along with hearing how emotional and ready the cast is for opening night, November 18th can’t get here soon enough.