One of the top 10 highest grossing films at the box office in 2021, Jungle Cruise stands out as the family-freindly summer blockbuster of 2021. Audiences embraced the Dwayne Johnson/Emily Blunt romantic comedy adventure on both the big and small screen (via Disney+ Premier Access) and while the film is now streaming for all Disney+ subscribers, those that want to own the film forever can now do so with the 4K, Blu-Ray, DVD and Digital release of the film. 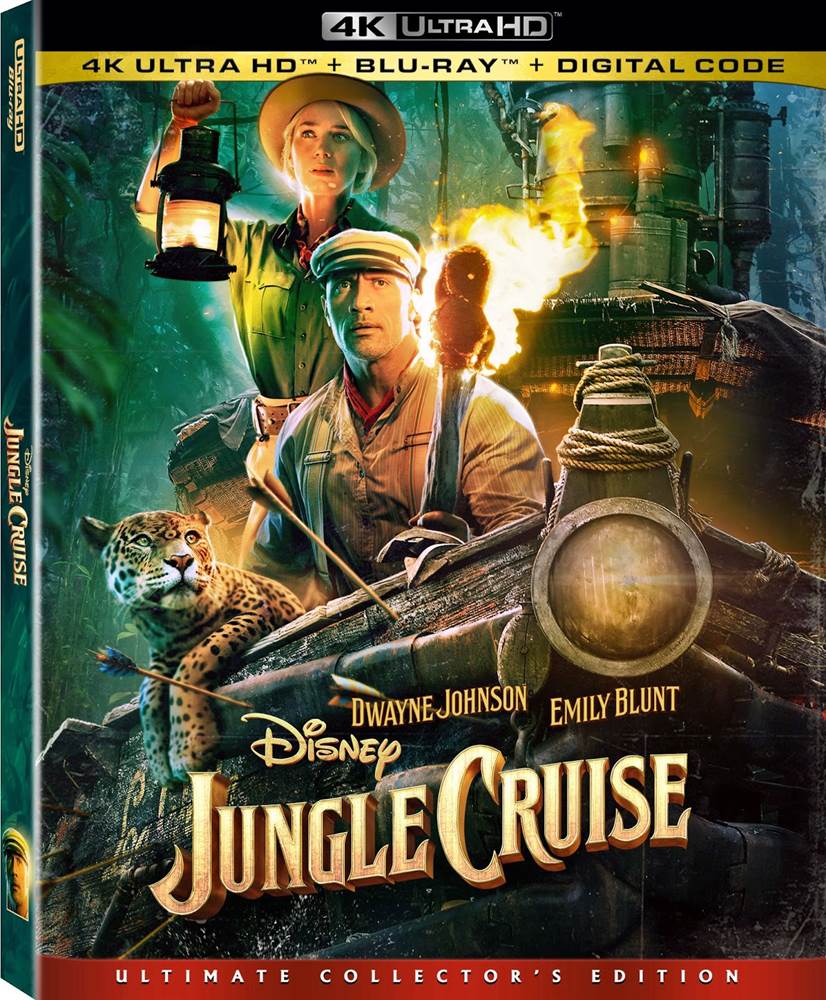 A down-on-his-luck wisecracking skipper (Dwayne Johnson) is hired to take Dr. Lily Houghton (Emily Blunt) and her brother (Jack Whitehall) down the rivers of the amazon. They’re in search of a legendary healing tree at the center of a legendary curse and skipper Frank Wolff is the only one daring enough to accept the assignment. The journey will be full of perils, from piranhas and wild cats to restless natives who may or may not be cannibals. What could go wrong?

Inspired by the classic Disneyland attraction of the same name, Jungle Cruise captures the spirit of the ride while creating something new around it. While leaning too heavily into formulas established by the Pirates of the Caribbean franchise, the plot is a bit predictable and pacing is erratic, but nonetheless fun. With a sequel already on the way, fans will certainly want to revisit it again before the next voyage around the rivers of the world.

With hours of bonus features, the home video release of Jungle Cruise gives fans a nice look at the making of both the film and the classic Disneyland attraction. The 4K UHD release offers superior video quality over streaming capabilities, while any of the disc options provide consistent video quality in their respective formats for movie buffs with inconsistent internet speeds.

Disney’s Jungle Book is an exciting fantasy adventure film starring two of the biggest names in film and based on a beloved attraction that’s “World famous.” With heart and humor, the film is on-brand for Disney and the home video release offers a more robust assortment of bonus features than most modern films receive.