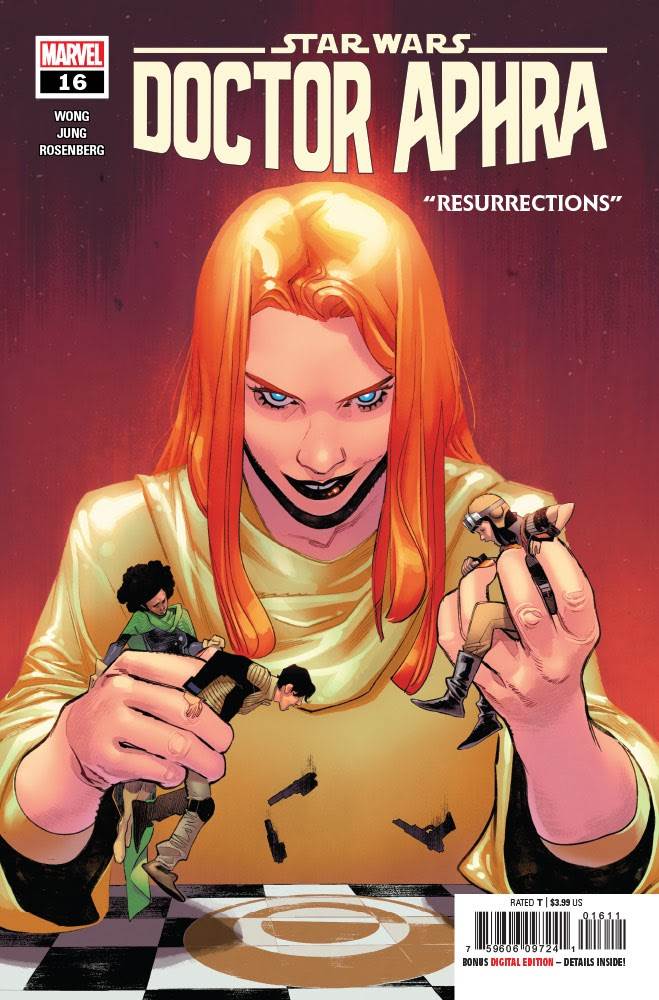 War of the Bounty Hunters may have come to an end, but the repercussions of those events are just beginning to reverberate through Marvel’s ongoing Star Wars comic book titles this month.

In issue #16 of Star Wars: Doctor Aphra’s second volume, Lady Domina Tagge has started to root out and eliminate the Crimson Dawn operatives acting as spies within her industrial organization. Meanwhile, Dr. Chelli Aphra finds that her electro-tattoos have been completely shorted out by the effects of the thought dowser she used in the previous issue. Aphra and her partner in crime Sana Starros seek help from a Toydarian slicer on Corellia, but he doesn’t seem to be of much use. Aphra and Sana decide to take their problem to Lady Domina, in the hopes that she knows someone who can fix the tattoos in exchange for information about Black Sun (from the necklace stolen on Jekara), the ancient order known as the Ascendant, and their dark technology created in an attempt to replicate the Force. On Cantonica, the assassin known as Just Lucky meets with Wen Delphis, the leader of the Sixth Kin, but doesn’t quite get the whereabouts of his brother that he’s after. We see a brief flashback to the Vermillion and learn that Lucky and his associate Ariole Yu may have made a deal with Crimson Dawn leader Qi’ra. Domina sends Aphra to Coruscant in search of more Ascendant tech, which leads to a disturbing discovery– not to mention a mysterious cloaked assailant wielding a lightsaber– and Just Lucky gets a shocking reveal of his own when his former teammates inform him that their employer Ronen Tagge is still alive. I’m really glad that Doctor Aphra has broken free of the War of the Bounty Hunters crossover, but I’m also happy and a bit relieved that Chelli’s adventures during those tie-in issues meant something to this title’s continuing narrative. I’m very intrigued by the implications of the Ascendant and hopeful that we get more information on that cult either in these pages or in The High Republic, which by my estimation is set around the same period in which they would have existed. Ronen Tagge’s return is also sure to shake things up, but if we’re going to continue focusing on Just Lucky as a B-story, I would like to see his path cross with Aphra’s more often. The cover of next month’s issue seems to imply that Chelli gets her hands on another thought dowser, and considering she called its effects “intoxicating” here, I’m already itching to find out what it does to her if and when she uses it again. I think writer Alyssa Wong and artist Minkyu Jung have done a great job of taking the ball and running with it, making the best of this post-event-series jumping-off point, and I can’t wait to see where it goes from here. 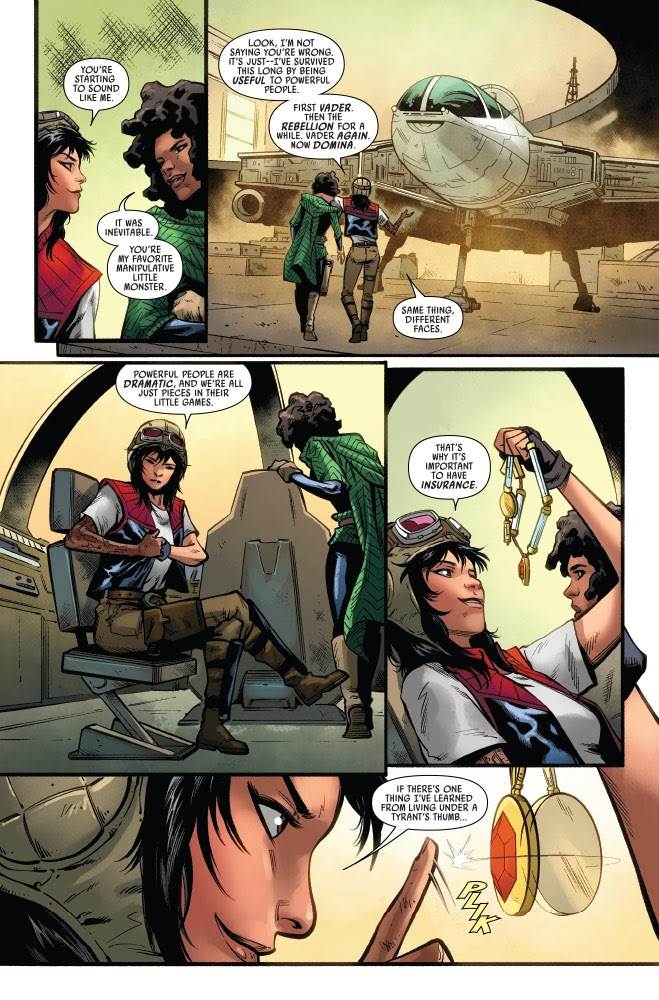