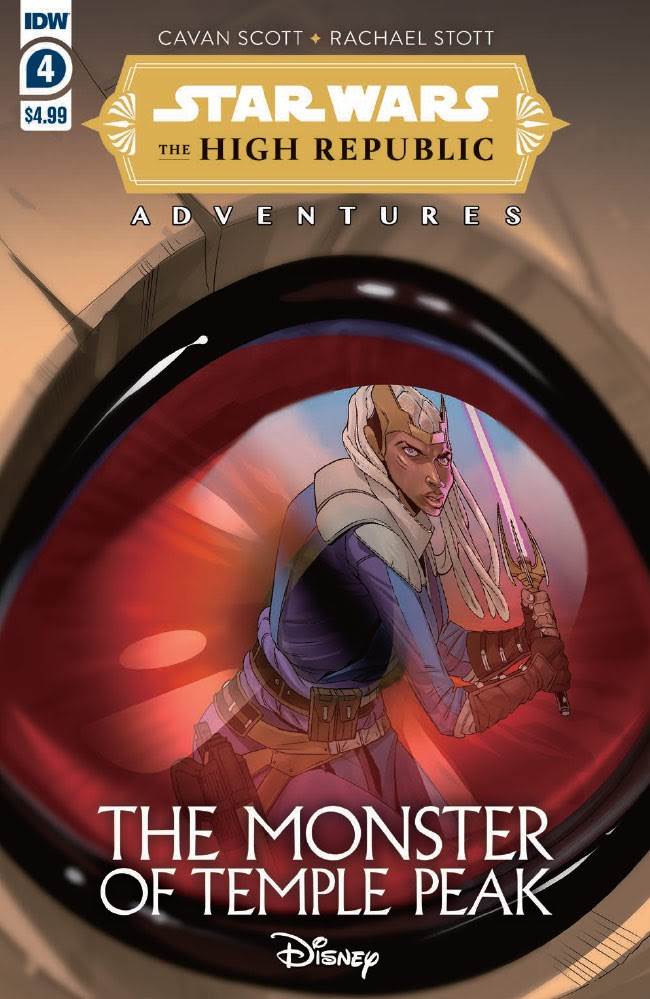 The first phase of Lucasfilm Publishing’s multi-platform initiative Star Wars: The High Republic is approaching its end at the beginning of next year, and that means it’s time for some of its sub-category stories to start wrapping up.

Case in point: IDW’s comic book miniseries Star Wars: The High Republic – The Monster of Temple Peak by Cavan Scott, which released its final issue this week (of four total). 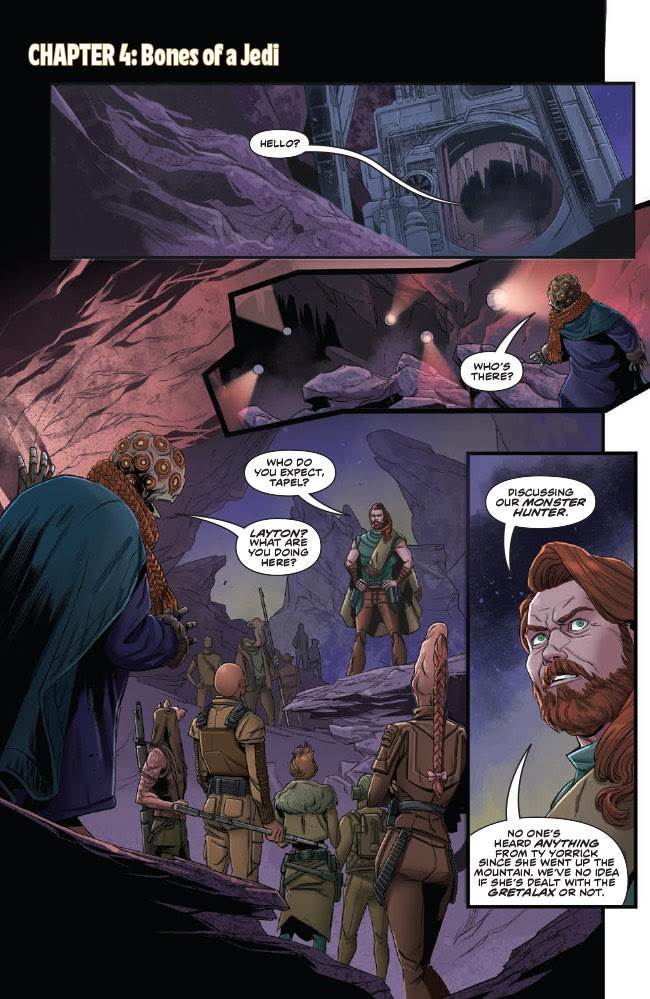 Star Wars: The High Republic Adventures – The Monster of Temple Peak #4 picks up where last month’s issue left off: with former Jedi Padawan Tylera Yorrick having discovered a shocking secret about the monster called the Gretalax that she was hired to track down and kill on the planet Loreth. But we first check in with the villages who actually hired Yorrick, and their leader named Layton who’s hiding an underhanded secret of his own. It turns out that (SPOILER ALERT) Layton and his cronies had captured the Gretalax’s mate (one’s called Greta, the other one Lax… you get the idea) and they want the other one’s head in order to gain some sort of mystical power from its horns. But Ty figured all this out last issue by reading the creature’s mind in an effort to figure out why it was attacking the village in the first place, so she ambushes the locals and confronts them with her lightsaber. That showdown doesn’t quite turn out in Yorrick’s favor, so she calls upon her new spider-like Rock Weaver friends– along with her unlikely Segredo companion Drewen– for help in getting out of a potentially deadly situation. 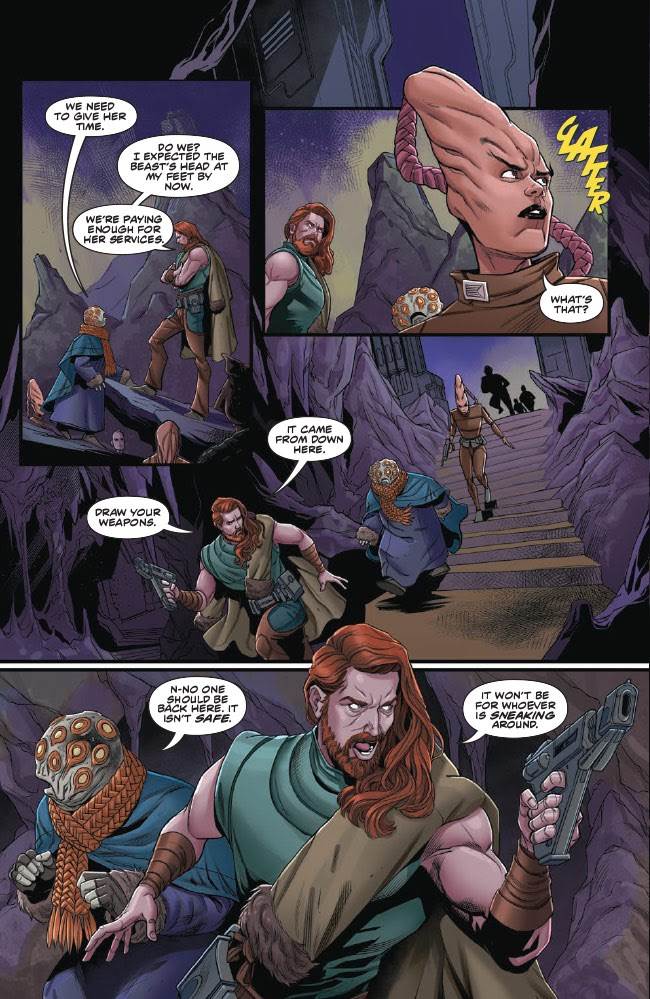 As a complete story, The Monster of Temple Peak is about not taking things at face value, and Cavan Scott does a good job of conveying that message with the assistance of artist Rachael Stott. But this miniseries also feels intended to further flesh out the character of Ty Yorrick, and the final flashback we get to her time as a Padawan finally gives us a definitive answer as to why she left the Jedi Order in the first place. Ty has an undeniably traumatic past, which explains her current choice to walk a lonely path as a rogue Force-user. But as those who have read Scott’s novel Star Wars: The High Republic – The Rising Storm already know, that path leads her to reunite with the Jedi at Valo’s Republic Fair Nihil attack. How important will she continue to be as a character going forward? It’s difficult to say, but a caption at the end of this comic teases that “Ty Yorrick will return!” so I expect we’ll be seeing her again sooner rather than later. In the meantime, the narrative of this miniseries has been tied up with a fairly neat bow, one or two minor dangling plot threads notwithstanding, but I still think it might read better whenever it gets a collected release in trade paperback form, as was originally intended. Star Wars: The High Republic Adventures – The Monster of Temple Peak is available now wherever comic books are sold. 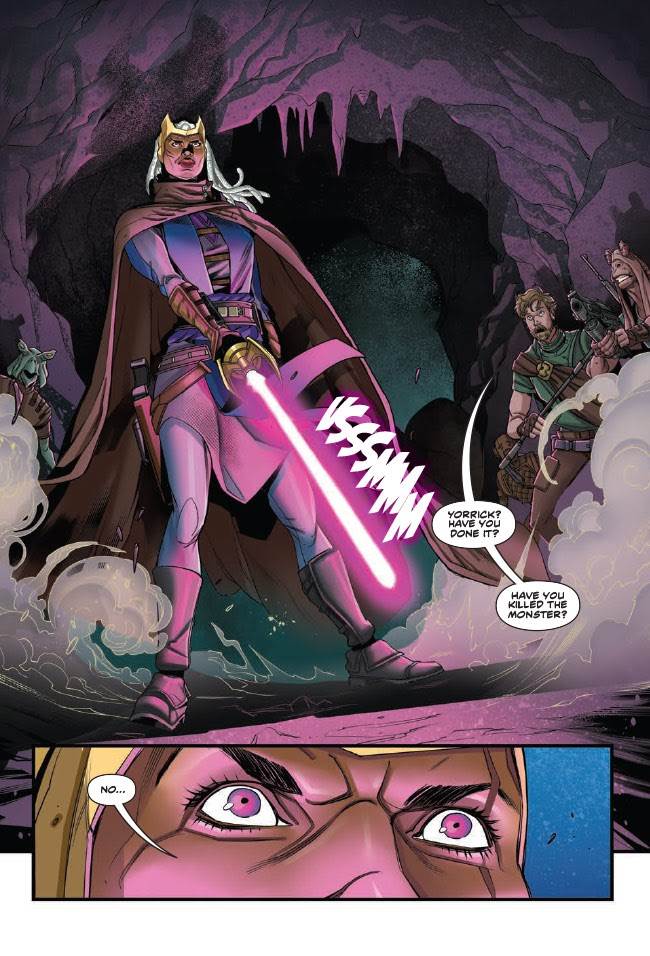