New on Disney+ this week is the National Geographic Documentary Film Becoming Cousteau and in a stroke of synergy, the perfectly timed fifth episode of season eight of Overheard at National Geographic is about Jacques Cousteau and an ancient fish once believed to be extinct, the coelacanth. Here is a recap of “The Gateway to Secret Underwater Worlds.” 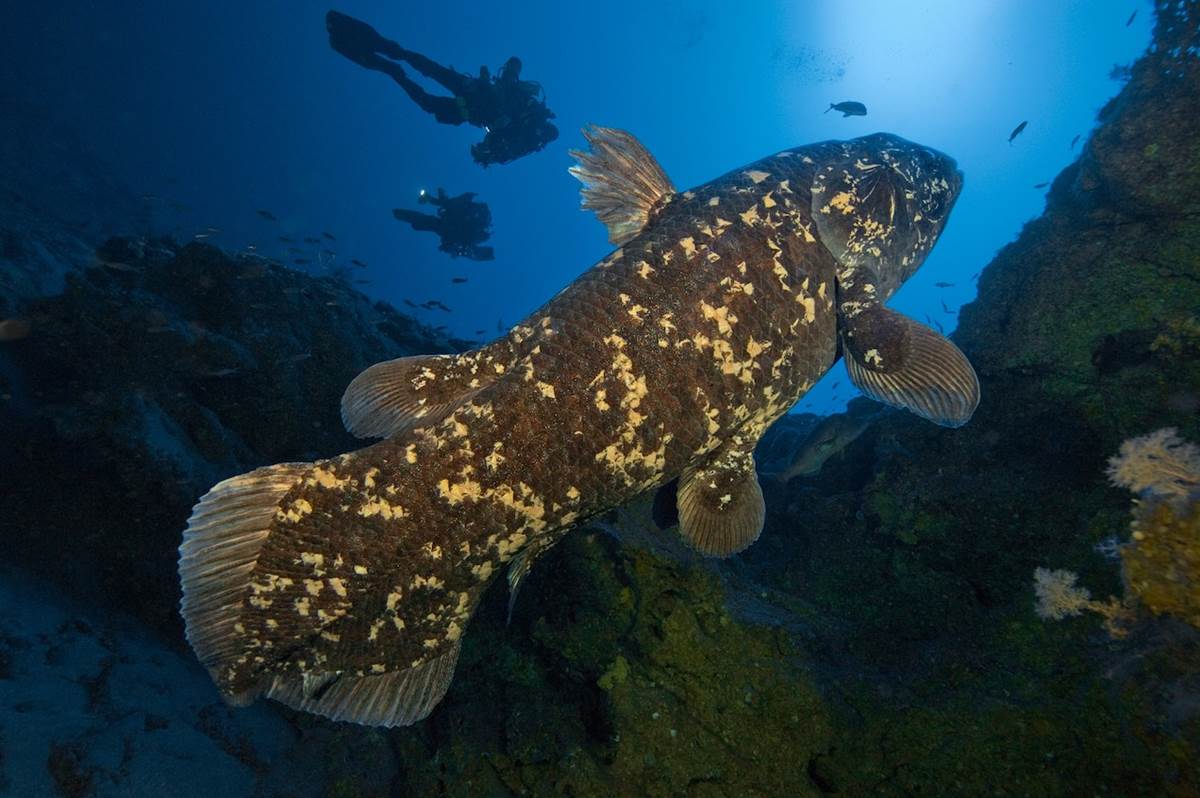 One of host Peter Gwin’s guests in this episode is David Doubilet, who has been providing underwater photography for National Geographic for 50 years and grew up idolizing Jacques Cousteau, who paved the way for his future career. Early attempts at underwater photography included setting off underwater explosives to provide light and a cameraman on the other end of a hose providing oxygen from a boat, which offered the possible risk of breathing in toxic oxygen for the diver. Jacques Cousteau was all too familiar with this technique, having done it while in the French Navy, which made him sick from toxic oxygen. This led him to invent the self-contained underwater breathing apparatus, more commonly known as scuba.

With his new invention, Jacques Cousteau not only opened the door for explorers and scientists, but also started a new career as an underwater documentary filmmaker. Through National Geographic specials broadcast on ABC and TBS, he inspired another generation of sea explorers and photographers, including David Doubilet, who got to meet his hero once. One of the things that stuck with him was Cousteau’s understanding of just how much of the ocean was still undiscovered.

Taking up the challenge was Laurent Ballesta, a French photographer who also grew up idolizing Jacques Cousteau. While studying marine biology and diving in the French Mediterranean, he snapped a picture of a tiny fish smaller than the tip of his thumb with an interesting dotted pattern. It became a big curiosity in such a heavily fished region that nobody knew what it was. It eventually got to a professor in England who recognized it as a specimen that had never been seen alive in the waters before.

That feeling of photographing a species that had never been snapped in the wild before gave Laurent Ballesta a new dream. Fossils of coelacanth’s dated back to prehistoric times and scientists recognized it as somewhat of a missing link between life in the seas and life on land. In 1938, a fisherman caught one and shook things up, but the species seemed elusive and was believed to be rare. Laurent organized an expedition at his own expense and personal risk to find one, planning a 40-day journey off the coast of South Africa. He was surprised to find them on the first day of his dive and quickly realized they’re not rare at all, they just live deeper than most divers are willing to go. He sold those first photos to National Geographic.

The lesson Laurent Ballesta learned was that Jacques Cousteau was right, that we still don’t know a lot about our deep seas and there’s a whole universe waiting to be discovered right here on Earth.