With the end of 2021 rapidly approaching us, I thought now would be a great time to look ahead towards 2022 and the exciting new coasters coming across theme and amusement parks in America next year. This list is simply in alphabetical order, but I’ll definitely be sharing how excited I am for certain coasters as well. 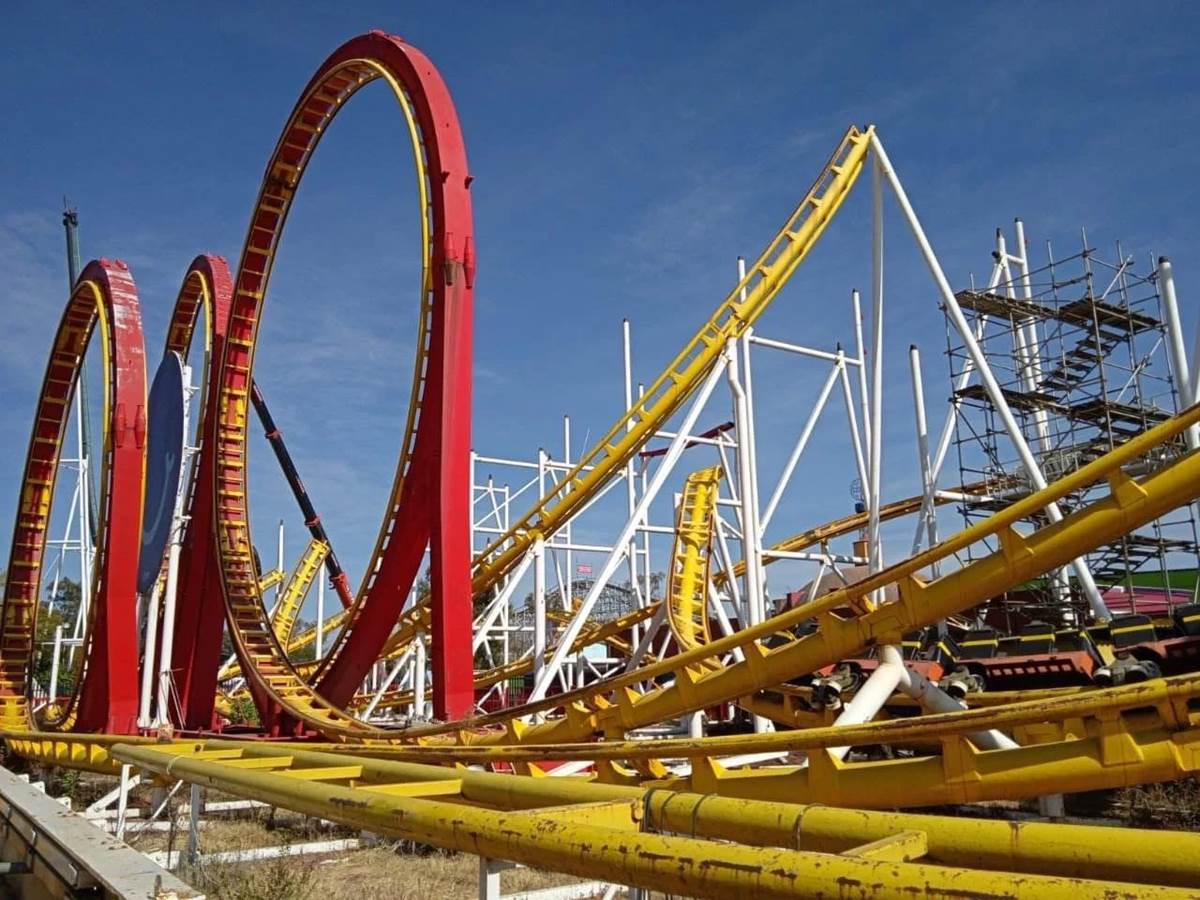 Let’s start with a bit of a controversial addition, which is actually not a new coaster at all. Built in 1984 and most recently at a park in Mexico City, this coaster actually caused a fatal accident in 2019, due to poor maintenance. Indiana Beach amusement park has since purchased the coaster and are completely refurbishing it for a 2022 debut. So let’s hope when it finally opens, it has a less tumultuous life in Indiana. 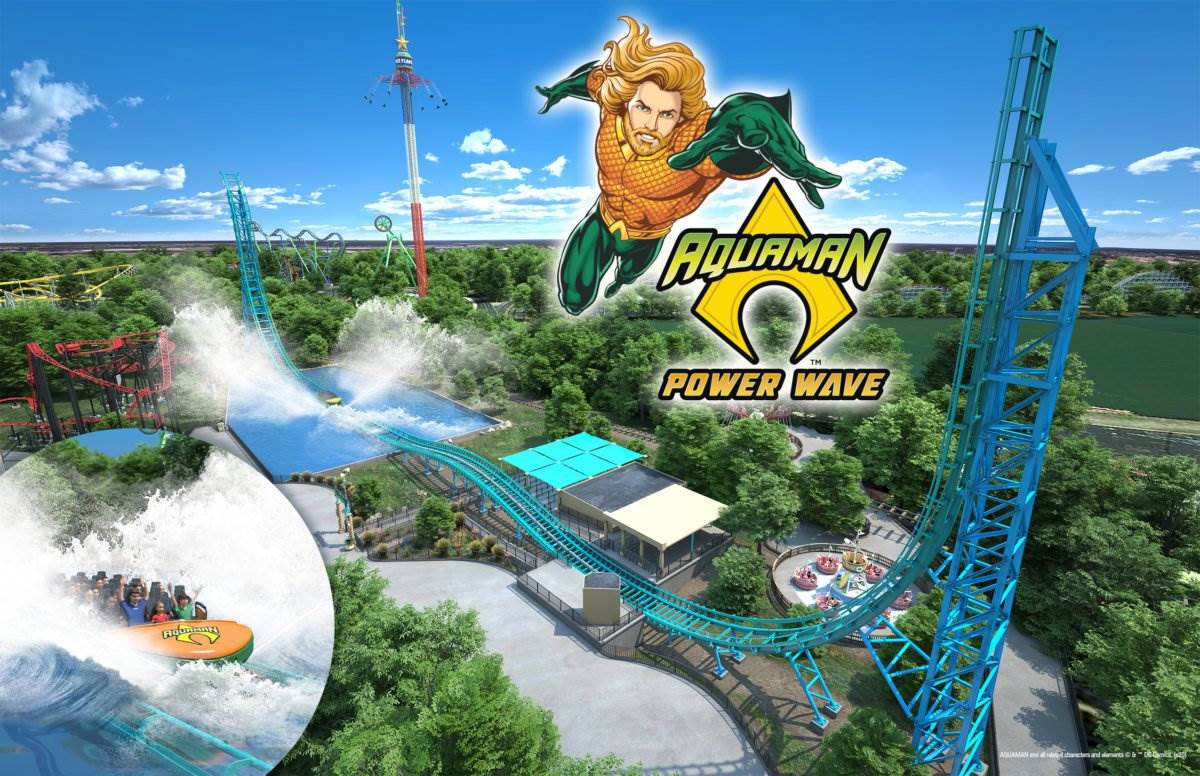 The first of its kind in North America, Aquaman: Power Wave was originally supposed to open at Six Flags Over Texas this past summer. Due to the pandemic, the opening ended up getting pushed back to 2022. This unique ride will start off as a shuttle coaster going up two vertical spikes, and during the course, a pool will fill up leading to a grand finale with a giant splash. This should be a unique addition to the original Six Flags park. One of the most left field additions coming to any park is this Rocky Mountain Construction (RMC) creation coming to probably the weakest Fun Spot park in Atlanta. Standing 155ft tall with an 83.0° drop at 64mph, this giant coaster (especially for a small park like Fun Spot Atlanta) will feature many unique elements such as the world’s first “Raven truss dive” and a quad-down finale; this could just be the sleeper hit of 2022 and honestly makes me want to visit Atlanta. 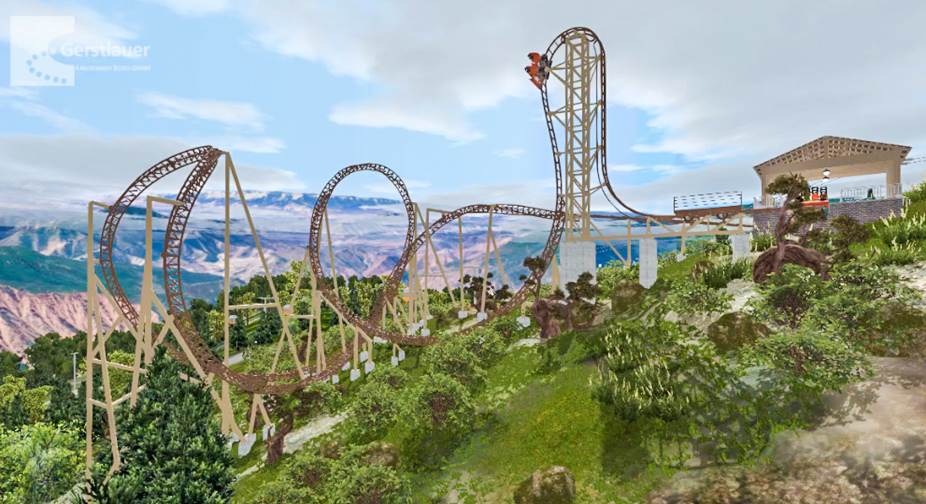 Glenwood Caverns Adventure Park looks to be a true gem of a park. Located atop a mountain that requires a gondola ride to get to, this will be one of the highest up coasters in the country. Defiance will be a Gerstlauer Euro-Fighter that itself is not extremely tall, but with a vertical lift hill and drops off the hillside, this coaster will definitely provide some incredible views of Colorado. Following on from Emperor at SeaWorld San Diego (mentioned below), Six Flags Fiesta Texas will be adding the year’s second 150ft tall Dive Machine from Bolliger & Mabillard. Usually, this type of coaster towers over 200ft tall, so the 150ft tall version will bring a new element to the experience. In a rare move for Six Flags, they’ve gone with a unique theme for this attraction, based around a steampunk character called Dr. Diabolical, who has created this monstrous dive machine. I’m excited to see what Fiesta Texas, one of the better themed Six Flags parks, does with this new coaster. 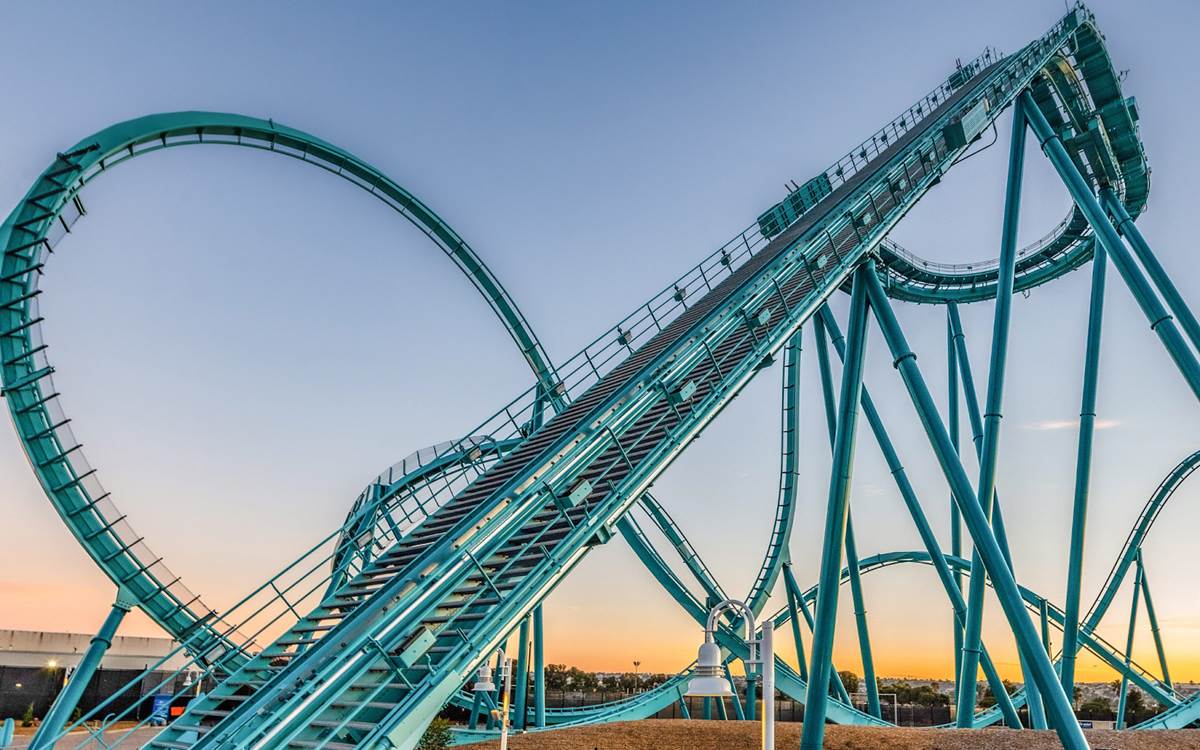 Opening prior to Dr. Diabolical’s Cliffhanger, a little closer to my home in SeaWorld San Diego, will be Emperor. One of many SeaWorld and Busch Gardens coasters that was supposed to open in 2020, Emperor will finally open in March 2022. The largest coaster ever built at the San Diego SeaWorld park, Emperor is sure to bring in the crowds and become a popular addition to the park that is desperately trying to change its image. Guardians of the Galaxy: Cosmic Rewind has been a long time coming to EPCOT. First announced in 2017, the replacement for the Universe of Energy will finally open in summer 2022. Cosmic Rewind will be one of the world’s longest indoor roller coasters, offering not only forwards moments, but also spinning moments, backwards launches, and many themed moments to put you right into the Guardians of the Galaxy universe. We still don’t really know too much about what the ride experience itself will be like, but it is sure to be epic! 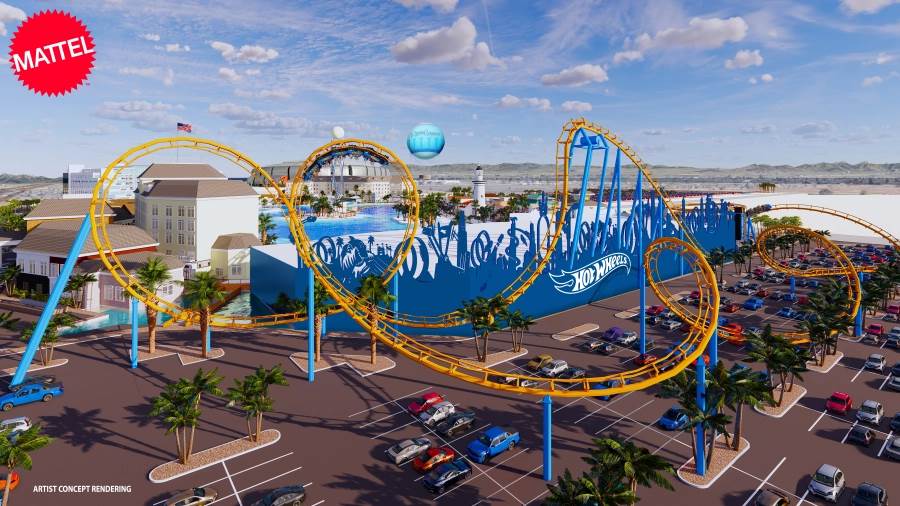 A brand new theme park is coming to Glendale, Arizona, a state not really known for theme parks. The Mattel Adventure Park will feature branded experiences such as a Hot Wheels roller coaster, a Thomas & Friends indoor theme park and more. The Hot Wheels coaster looks to be a fun coaster somewhat similar to Lightning Run at Kentucky Kingdom, and it will be great to have a new park opening. 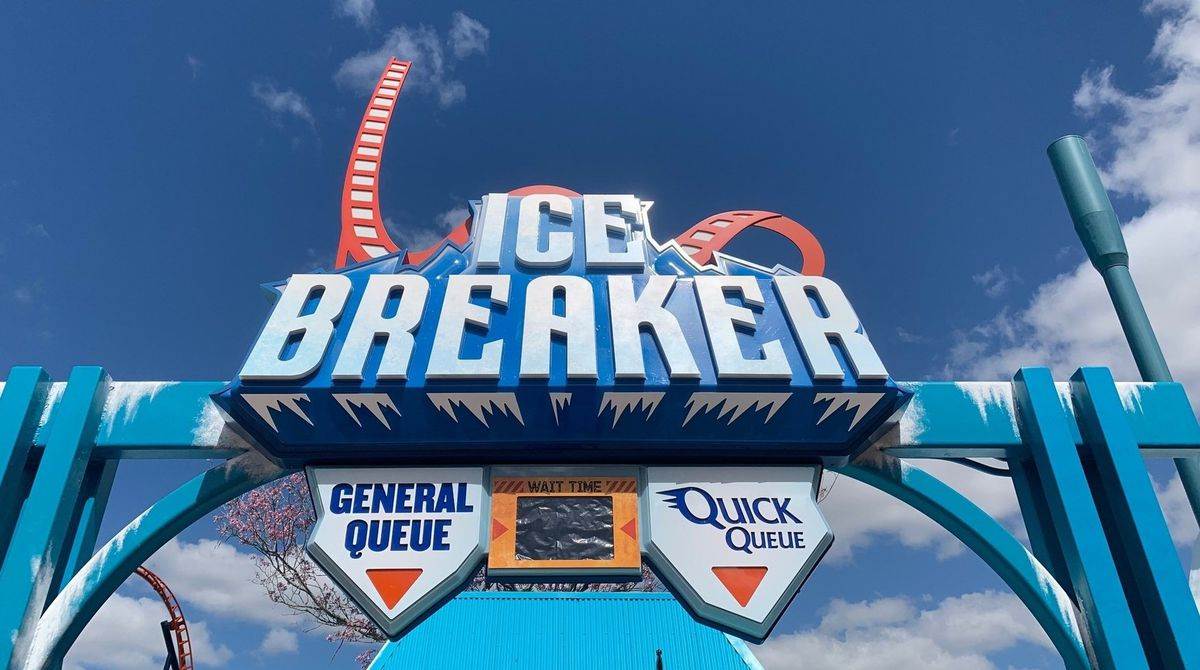 (Photo from the Orlando Sentinel)

Another delayed SeaWorld coaster is Orlando’s Ice Breaker, a new shuttle coaster from Premier Rides that looks to have a lot of fun launches and airtime moments. The closest thing you could equate this to is Tigris at Busch Gardens Tampa, another ride from the same manufacturer. Ice Breaker will finally be opening in just a few months: February 2022. Talk to any roller coaster enthusiast, and they’ll probably tell you that Iron Gwazi is their most anticipated ride of 2022. Set to be the tallest RMC in the United States, Iron Gwazi could rival Cedar Point’s Steel Vengeance as one of the best coasters in the whole world. I’ve made a few trips to Busch Gardens Tampa since Iron Gwazi had been constructed, and it really towers over the whole park. It will be incredible to finally get on board this ride, for not only the anticipated incredible experience, but also the great views it will provide of a very picturesque park. Manufacturer Gerstlauer had been teasing a one-of-a-kind coaster prior to the IAAPA Expo in Orlando, and it ended up being North America’s first shuttle Infinity coaster. This new coaster will be opening at the end of 2022 in, of all places, COTALAND, a relatively new park located at the Circuit of the Americas race track complex in Austin, Texas. This incredibly unique ride will feature a first of its kind airtime hill on a spike that sends the train back through the track backwards. The coaster will also travel through an inversion while crossing over traffic, giving amazing views to both riders and passers-by. 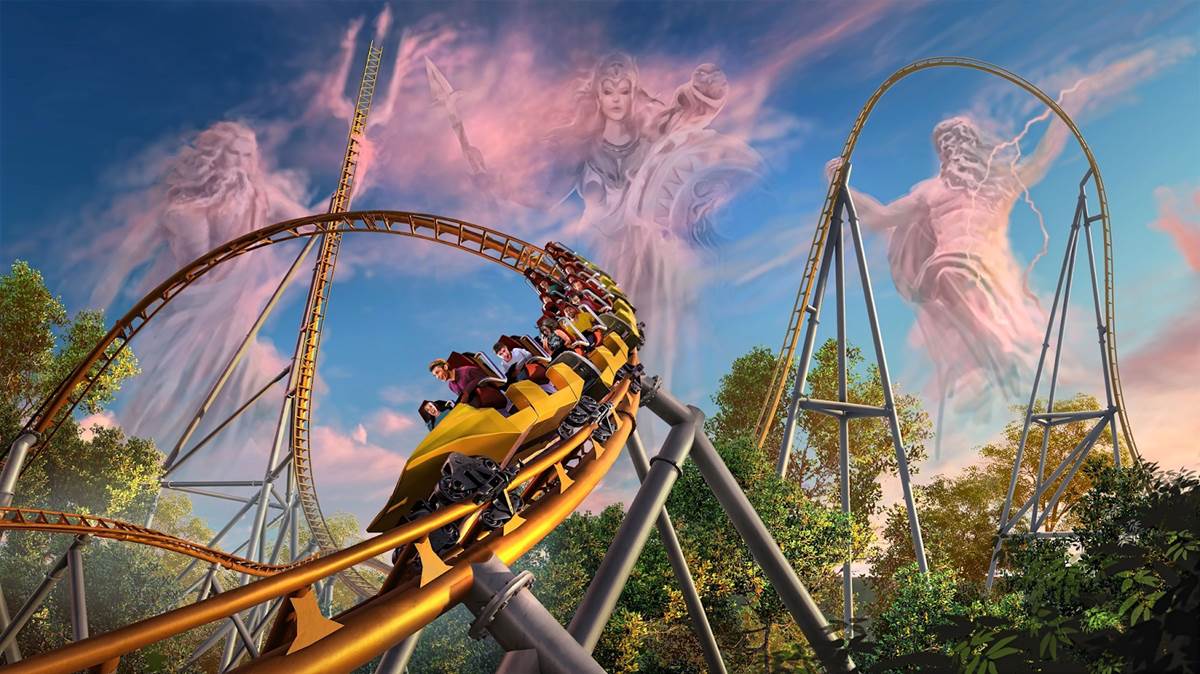 Now onto the final SeaWorld/Busch Gardens coaster delayed from 2020. Fans of VelociCoaster at Universal’s Islands of Adventure should be excited for Pantheon coming to Busch Gardens Williamsburg. Designed by the same manufacturer, Intamin, Pantheon looks to have many similar elements to VelociCoaster, including a giant top hat, a multitude of airtime moments and launches. Being in a park known for its thrill coasters, there’s even a chance this could be the superior ride. Granted, it won’t have the theming and scenery of VelociCoaster, but I for one am very excited to see how this turns out. I should preface by saying that we’re not even sure if TRON Lightcycle Run will open in 2022, after Disney took an extremely conservative post-pandemic construction schedule. But let’s for the moment assume it will be opening within the year. An almost identical clone to the Shanghai Disneyland version of the attraction, we already know what to expect with this, and that’s an incredibly well themed launch coaster that will take you directly into the Grid. Equally as exciting as the ride itself will be the impressive lighting scheme that is sure to liven up this corner of Tomorrowland. 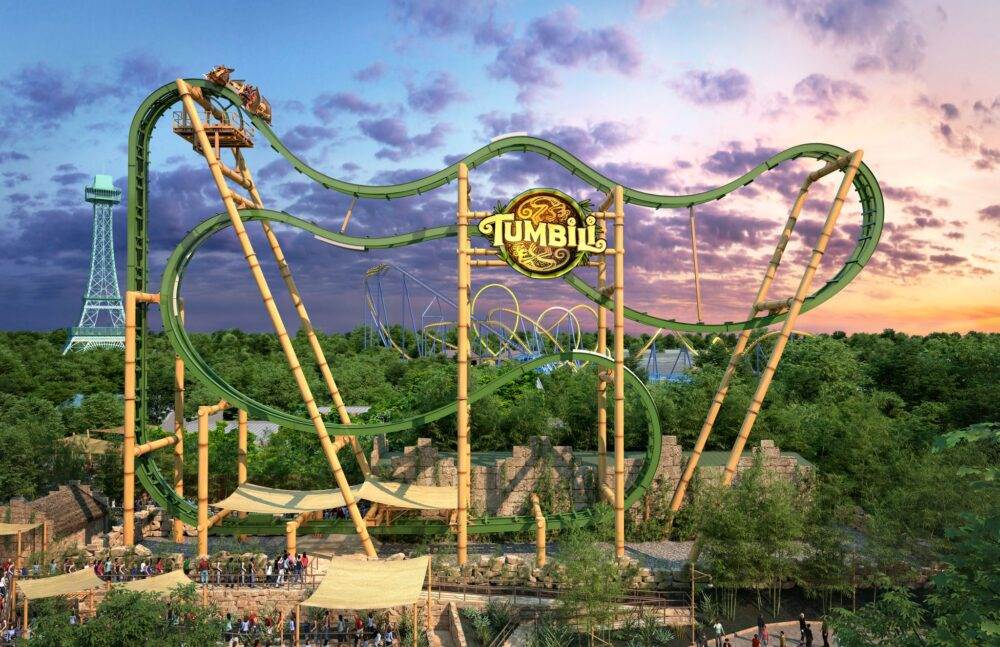 Surprisingly, the only new coaster coming to any of the Cedar Fair chain of parks in 2022, is Tumbili coming to King’s Dominion. An S&S free-spin coaster, usually reserved for Six Flags parks, will be Cedar Fair’s first. A modest ride that will differ depending on the weight of your coaster car and how many flips you get throughout the track. Nothing really too exciting, but I wanted to note it as the only Cedar Fair coaster for the year. 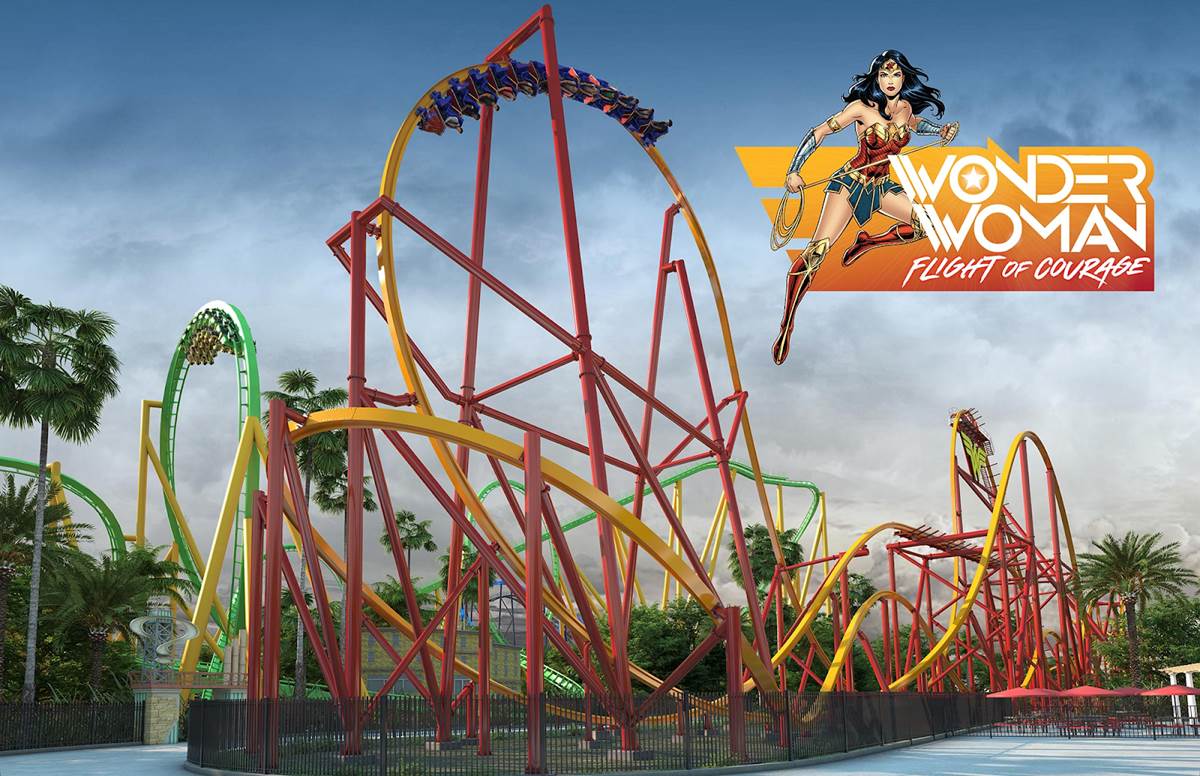 Finally, the closest new coaster to me in Southern California will be Wonder Woman: Flight of Courage coming to Six Flags Magic Mountain. This RMC Raptor will be an almost exact clone to the Jersey Devil Coaster, which opened this past summer in New Jersey’s Six Flags Great Adventure. I’ve been on California’s other Raptor: RailBlazer, located at California’s Great America, and that coaster is a truly great experience, offering an absolute barrage of airtime. While Wonder Woman will have a taller and more drawn-out layout, I’m sure it will be an equally as exciting experience.

And just for fun, here’s a list of the rest of the announced coasters coming to the United States in 2022:

I hope you enjoyed this look at the roller coasters of 2022, and hopefully you’ll have the chance to experience some of them too!