TV Review – “The Beatles: Get Back” Is an Intimate Portrait of History’s Most Famous Rock ‘n Roll Band 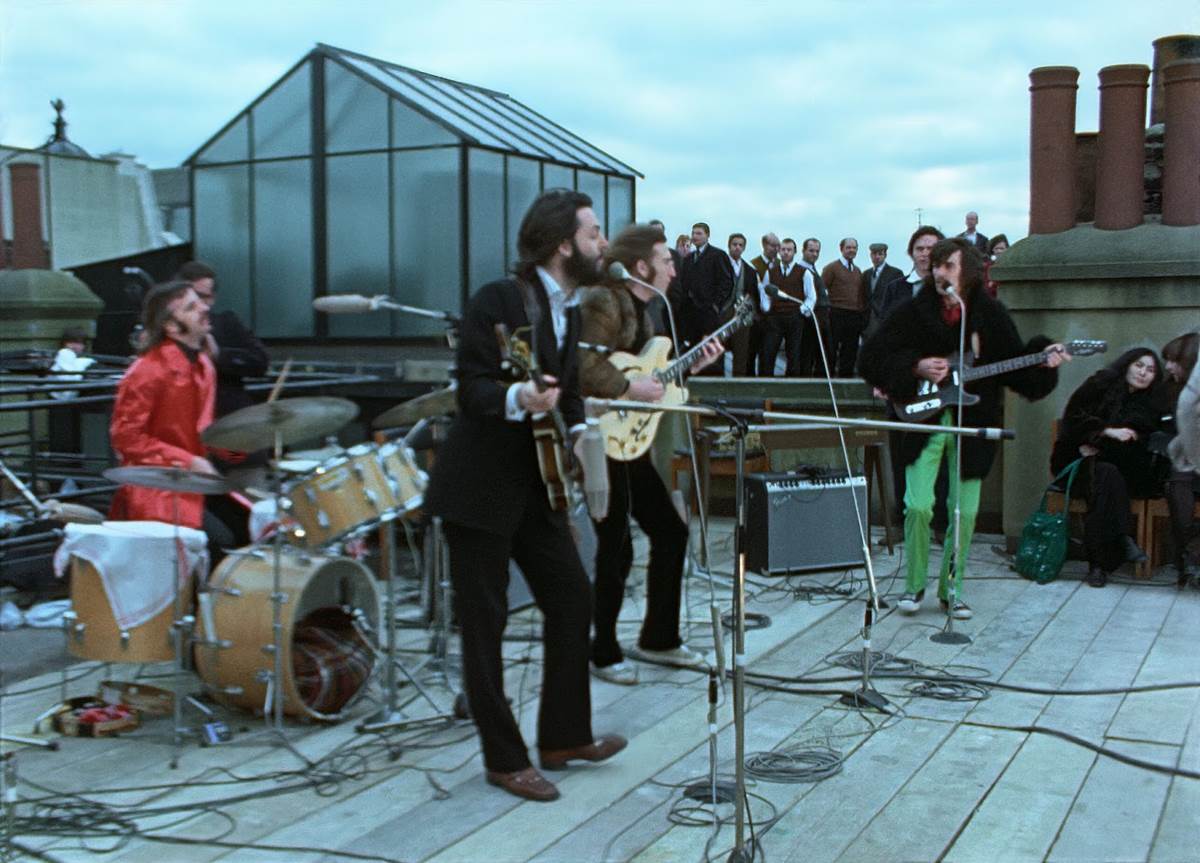 There’s an episode of the IFC sketch comedy series Portlandia premised around the Fred Armisen character coming up with the brilliant and wholly original idea of making a documentary about The Beatles, the joke being that this has already happened many, many times before– and this was prior to Ron Howard’s 2016 The Beatles: Eight Days a Week, which chronicled the legendary band’s touring years via Hulu.

Now we’ve got a new three-part, eight-hour Disney+ docuseries entitled The Beatles: Get Back, culled from dozens of hours of footage and audio recordings of the group during the writing, rehearsals, and recording of their penultimate album Let It Be (released in 1970, though 1969’s climactic Abbey Road was recorded after). 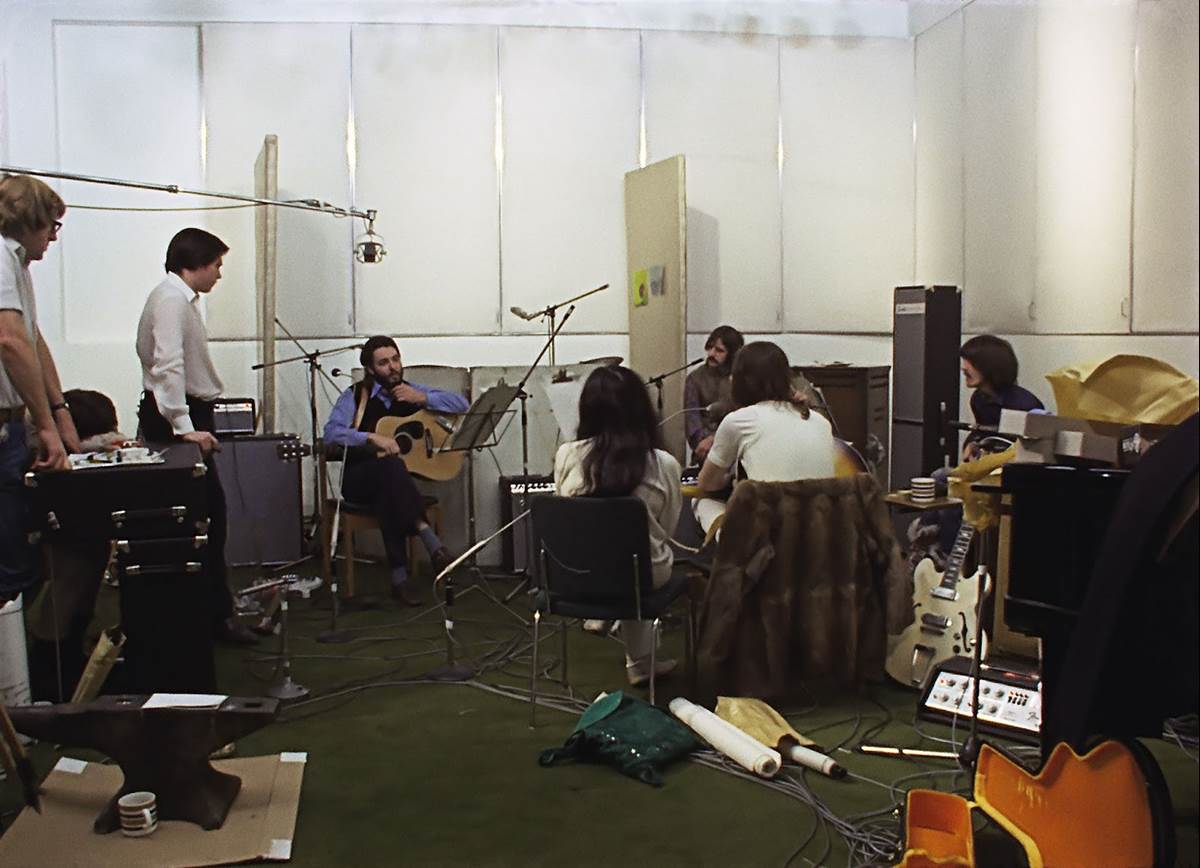 Get Back starts off as a portrait of a rock band in turmoil, with fissures having formed among The Beatles’ previously amicable ranks after the untimely death of their manager Brian Epstein. In the wake of the heavily produced Sgt. Pepper’s Lonely Hearts Club Band and The White Album, the Fab Four decide to take their next album in a different direction: collaborate together to generate a collection of new tunes as an ensemble, then perform the whole thing live in front of an audience and release that as a recording. This plan takes some twists and turns along the way, but the most fortuitous part of the entire enterprise is that they allow a film crew to follow the process through from beginning to end. That footage was cut together for the 80-minute 1970 feature film Let It Be, but now Oscar-winning director Peter Jackson (Heavenly Creatures, The Frighteners, King Kong) and his New Zealand-based creative team have dived back into the archive to recut the filmed sessions into a sprawling extended affair that nearly rivals a Lord of the Rings marathon in length, but still manages to feel intimate in all the right ways. For that reason, I think Get Back stands out among the Beatles documentaries that have come before. 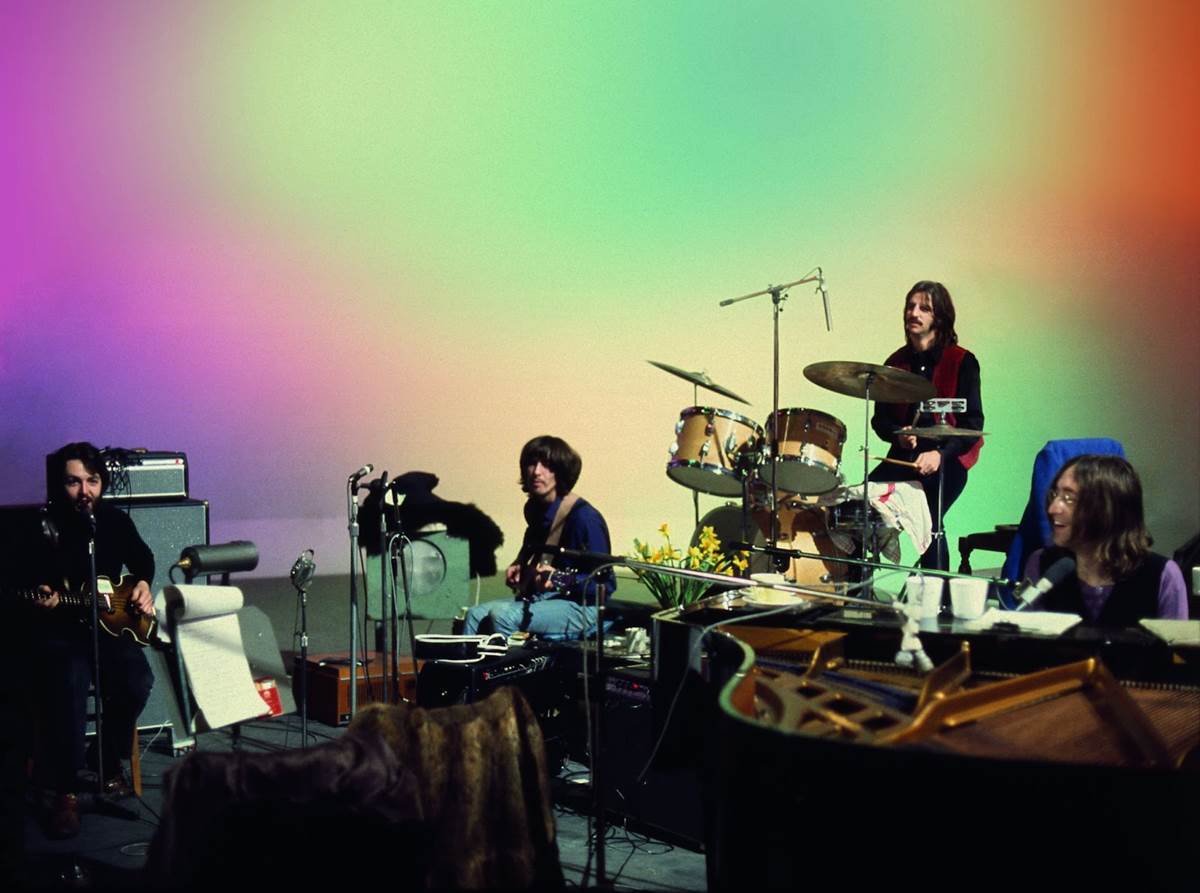 Watching Get Back on Disney+ feels an awful lot like being a fly on the wall in the studios where John Lennon, Paul McCartney, George Harrison, and Ringo Starr come together (pun intended) to concoct what would be one of their final pieces of artistic output as a group. We see them get along, we see them bicker, and we see them goof off, but most of all– and undoubtedly most importantly– we see them create. The doc’s standout scene is one in which we observe McCartney sit down to riff playfully on his guitar and then suddenly, miraculously, and somehow organically give birth to The Beatles’ next single “Get Back” pretty much from whole cloth. It’s like watching a three-minute magic trick where you know there’s no smoke or mirrors involved, just the imagination of an offhand musical genius. But each of the three other Beatles get their time to shine in Get Back as well– from Harrison’s much-publicized then-temporary leave of absence from the band to Ringo’s general affability. Lennon’s eccentric relationship with abstract artist Yoko Ono is also briefly touched upon, but the band members don’t dwell on her constant presence for too long (though Paul does make an uncannily prescient joke that in 50 years’ time people will still be talking about her impact on the quartet).

But ultimately Get Back isn’t about the rifts between Beatles, whatever the cause. It’s really a study of their working relationship at this late point in their career. We watch take after take of songs like “Don’t Let Me Down” and “I’ve Got a Feeling” as they gradually evolve over time, and titter with giddiness when the fellows break into impromptu covers of other artists’ work such as Ben E. King’s “Stand By Me” and Bob Dylan’s “I Shall Be Released.” We overhear candid discussions about the band’s portrayal in the British tabloids and Paul’s new facial hair. There are rocky bits here and there– not to mention a handful of awkwardly edited sequences when Jackson didn’t have images to match the archival audio– but when keyboardist Billy Preston joins the gang for a series of Let It Be recording sessions, things get fairly jubilant and energetic from that moment on, culminating in that iconic rooftop concert (presented here in real-time and viewed through multiple camera angles) that let the world know that The Beatles were still a force to be reckoned with… for the time being, anyway. This is a deep-dive celebration of what has already gone down in history as the biggest rock ‘n’ roll band of all time, zoomed in on the making of one particular album, and hand-crafted by the guy best known for his Hobbit movies. It’s a must-see for big Beatles fans, and likely something you’ll want to check out and maybe skip around through if you’re only casually familiar with the phenomenon. As for why it’s on Disney+… well, for better or worse The Beatles were probably the Walt Disney of rock music, having a similarly long-reaching impact on world culture at large that persists to this day. And though this documentary may not be 100% family friendly (there’s some adult language and frequent smoking scattered throughout), I’d say The Beatles: Get Back fits right in among Disney’s ever-growing catalog of cultural milestones.

The Beatles: Get Back is now available to stream in its entirety, exclusively on Disney+.